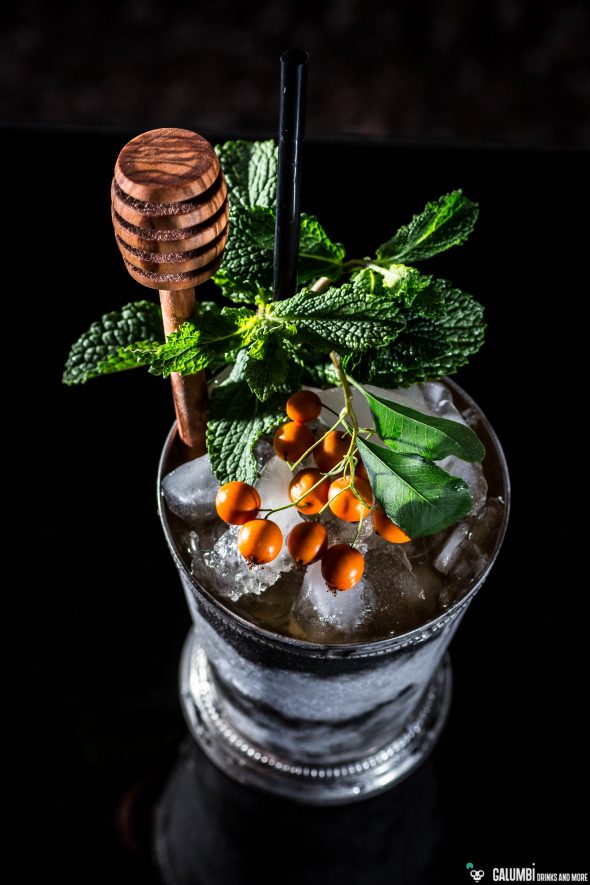 Anyone who has ever dealt with the Japanese culture and its aesthetic ideas or its culinary tradition will certainly know that almost everything is about the seasons. Not only the food, but also the dishware is designed according to the seasons. As I have already mentioned briefly in my article about the Hibiki Japanese Harmony, traditionally there are even 24 seasons in Japan. However, in order not to confuse you too much, for this article I will stick to the usual four seasons. And since autumn has started, today’s cocktail is also dedicated to this time of year. So basically it is only about one particular season.

“The Resonance of Autumn” is a cocktail that I created from the very beginning in order to suit the Hibiki Japanese Harmony whisky. Basically this whiskey is actually too good to use it in a cocktail because like all Hibikis I have tasted so far it offers truly unique and successful characteristics when having it neat. But anyway I somehow had the desire to use it as an ingredient in a drink. However, I was very clear about the fact that it had to be a drink in which the Hibiki should play the main role and should only be altered in a minimal way. Thus it couldn’t be a Sour, a Fizz or a Highball or something like this. I also didn’t want to combine it with vermouth or other fortified wines although as a matter of principle I could imagine such a combination. So I thought about an Old Fashioned or a Julep and finally chose the latter. The main reason for that was the seasonal aspect I believed to be more easily emphasized in that style of drink. 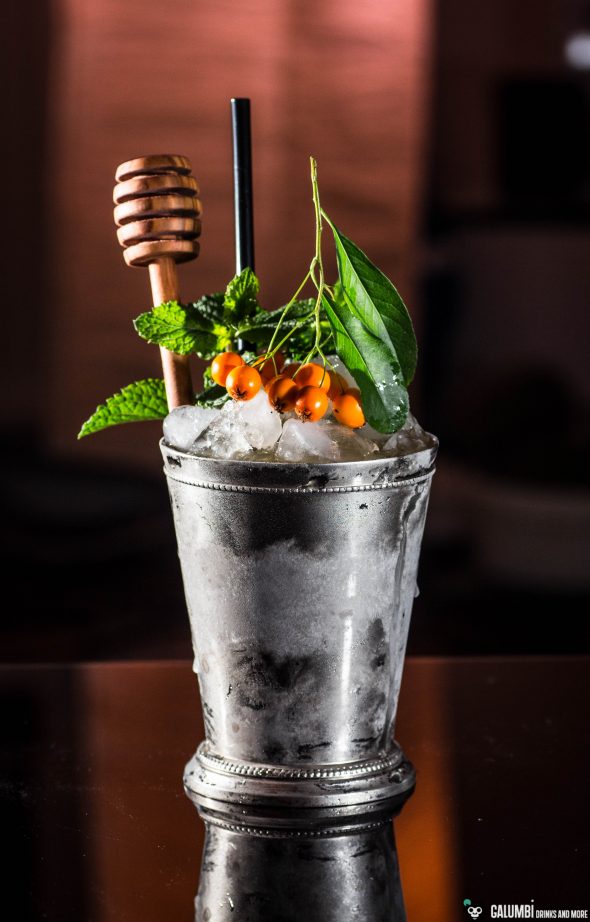 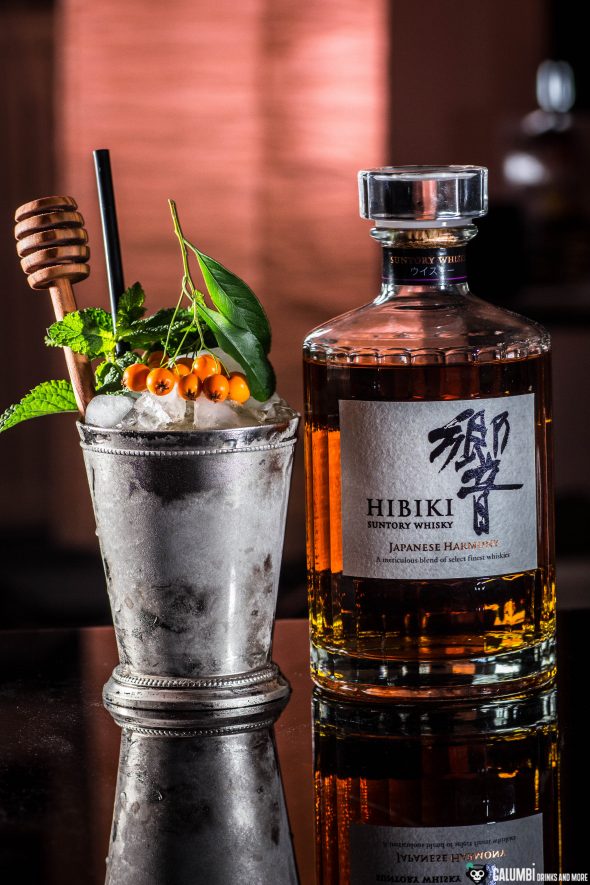 The fresh notes of mint seemed definitely compatible and also I had some thoughts about experimenting a little bit with sea buckthorn for quite a while. Sea buckthorn is in season from August until December so it absolutely meets the autumnal requirements of the drink. However, sea buckthorn tastes really challenging if you have it purely and so I decided, like for example in the Stagger Lee Julep, to use a little sea buckthorn jam. In addition to that I opted for some kind of sea buckthorn runny honey. The result was wonderful: the freshness of mint is somewhat mitigated but harmonized perfectly with the flavor profile of the slightly sour and somewhat bitter sea buckthorn. And there is still that touch of sweetness from the honey and the jam that you are looking for in a proper Julep – Together with the complex and rather light traits of the Hibiki Japanese Harmony the result was exactly what I was looking for: a cocktail that makes the Hibiki clearly identifiable by bestowing only a little seasonal accent upon the spirit: The Resonance of Autumn.

Before you have look at the recipe I’d like to give a small advice: I have tried different sea buckthorn jams and one of them flocculated a little bit in combination with liquid. If you only can get your hands on a jam which does that and you want to prevent flocculation in your cocktail, you can consider to shake whisky, jam and sea buckthorn runny honey without ice vigorously and eventually double strain through a fine sieve into your silver cup during the preparation process. Besides that the preparation is some kind of mixture of the one for the Stagger Lee Julep and the one for the classic Mint Julep. 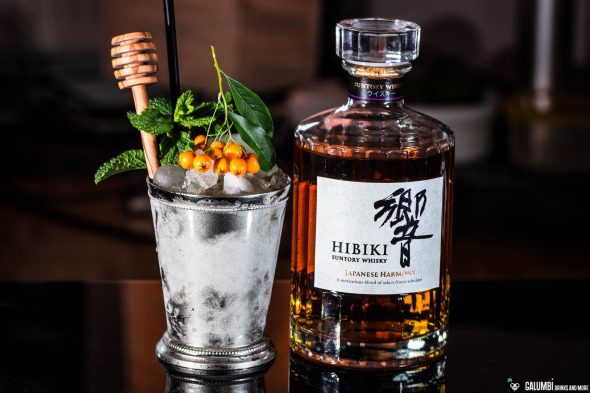 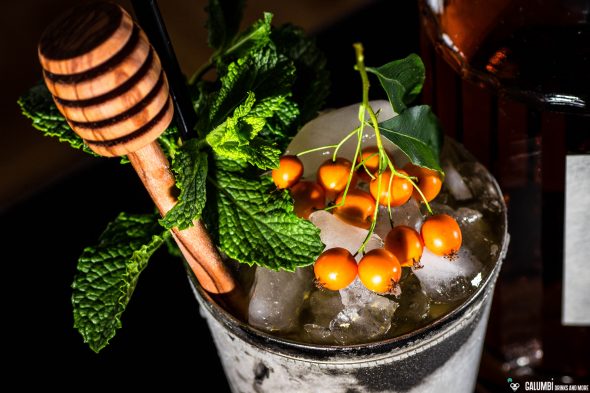 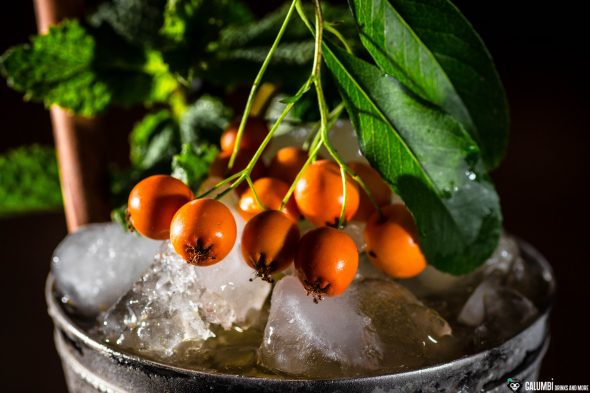 Sea buckthorn runny honey: Combine equal parts of water and sea buckthorn in honey (In Germany it is available from the manufacturer Bihopar), bring to the boil over medium heat and let it simmer until a liquid syrup has formed. Then allow it to cool.

Preparation: First add the mint into your silver cup and cautiously muddle it with your muddler without shredding the leaves. They should be pressed only slightly to release their essential oils, try to muddle against the interior of the cup and to cover all of the interior surface. Then add the Hibiki Japanese Harmony, the sea buckthorn jam and the sea buckthorn runny honey (if necessary use pre-shaken mixture, see explanations above) and stir. Fill the silver cup with crushed ice and stir until the cup turns cloudy from the outside and forms a thin layer of ice. Then fill up the silver cup with crushed ice and form a cap of ice with your hands on top of the drink. Finally pour over a little bit more from the sea buckthorn runny honey (you should only need very little of it in order to reach the rim of the cup). 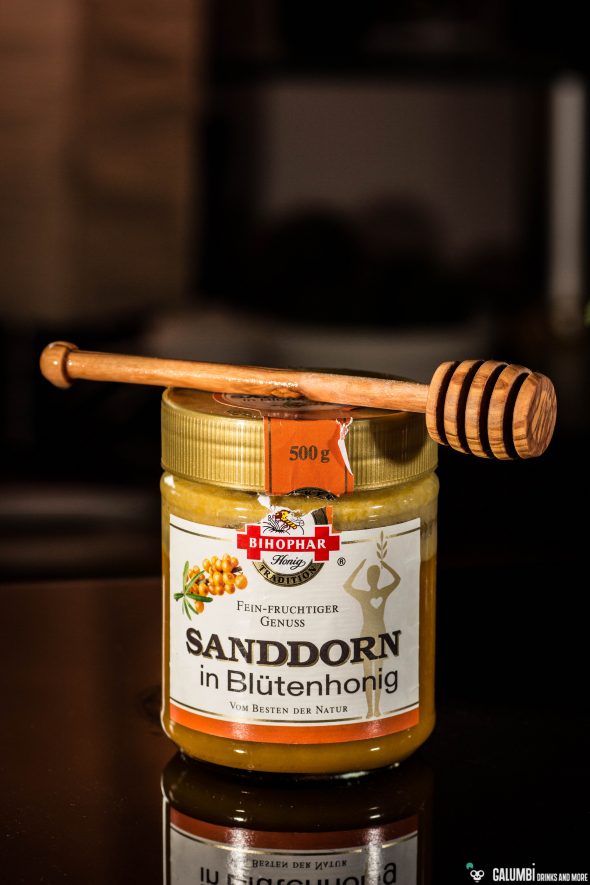 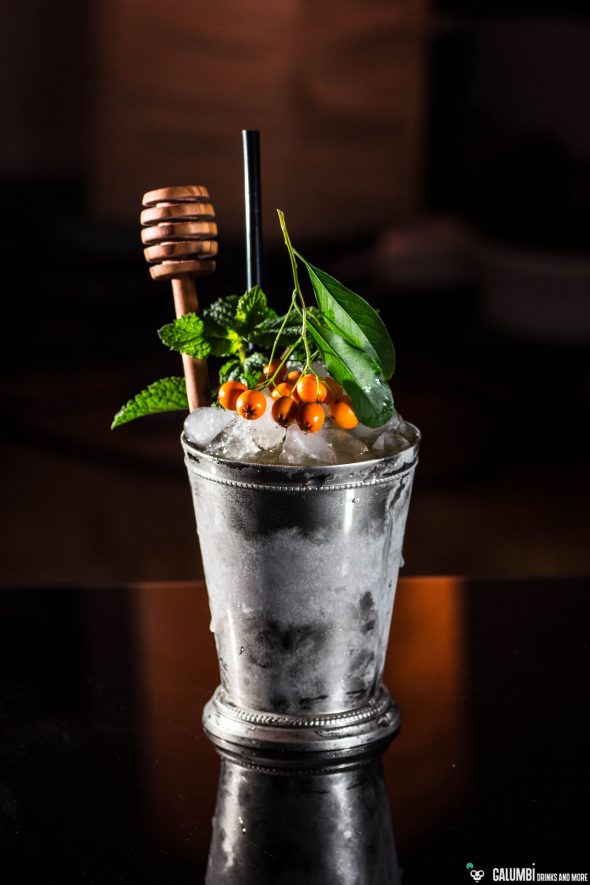 Buying sources: In stores or online. I like to buy my mint in Turkish grocery stores. I ordered the sea buckthorn jam online and Bihopar’s Sea Buckthorn in honey was available at the local German Rewe market.