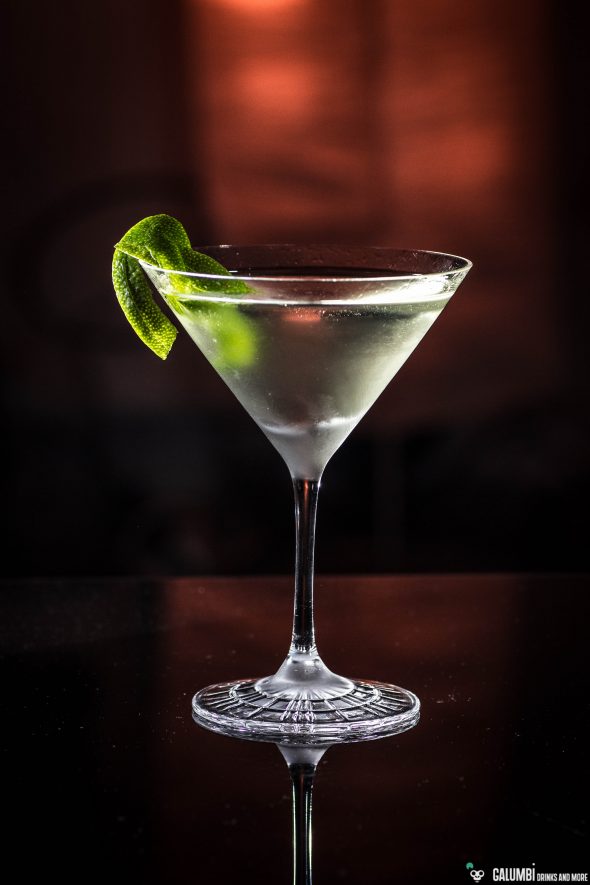 A couple of days ago I wrote a few lines about Ernest Hemingway’s notorious penchant for alcoholic beverages in my article about the Daisy de Santiago. Considering how many cocktails are associated with him, it is not surprising that you’re always ending up with the Nobel Prize winner. Today I’d like to write a few lines about a drink that is also very often connected to him but is also famous enough not to be reliant on such associations: I’m talking about the Gimlet.

The Gimlet is a classic cocktail that is somehow threatened to go by the board sometimes. This may be due to its very simple recipe, but perhaps also because of the large number of recipe variations that can be found in the vast spectrum of cocktail literature. Nonetheless it is the progenitor of the combination of lime and gin which can be found in a multitude of recipes until the present day. So my personal approach to the Gimlet also happened relatively late, even though I was quite concerned with the cocktail topic at this time. Sadly, my first Gimlet-experience was really not a good one: I had it in a bar in Berlin (which I do not want to name here) and it was a real horror. It was some sweetish Syrup stretched with lime juice in conjunction with a large amount of Gordon’s and it was not really what you would call an epiphany.

Ultimately the Gimlet was too famous and the references too numerous, so of course I had to try it again on another occasion. And suddenly I was thrilled. Since then I drink made from Rose’s Lime Juice Cordial (and I always opt for the original) and Gin in a ratio of 1:2. The fresh and tart taste at the same time is also tangy with an herbal touch. Who does not know it should immediately watch out for a bottle of Rose’s Lime Juice cordial and go for a Gimlet. By the way, Lime Juice Cordial ist not expensive at all.

The name of the Gimlets supposedly goes back to the Surgeon General of the Royal British Navy, Sir Thomas Gimelette, who is said to have commanded the addition of lime juice to the gin rations on board of Her Majesty’s Ships in order to prevent the sailors from the effects of scurvy. However, this story is surprisingly much less widespread than the rumor of the Gimlet being the most favorite cocktail of Ernest Hemingway. But there is no sound evidence that this was true, even if it can be assumed with good reason that Mr. Hemingway was certainly well acquainted with the Gimlet. The reason for such rumors is most likely the marketing strategy of some manufacturers of Lime Juice Cordial who claimed or still use to claim this on their bottle’s labels.  Yet there is another anecdote from the world of Literature, which certainly deserves a mention: The private detective Philip Marlowe, who is a fictional character in the novels of Raymond Chandler, might be well known to cineastes as the role Humphrey Bogart played in the movie The Big Sleep from 1946. One of the clients of Marlow, Terry Lennox, talks about a Gimlet in the 1953 novel “The Long Good-Bye”:

We sat in the corner bar at Victor’s and drank gimlets. “They don’t know how to make them here,” hee said. “What they call a gimlet is just some lime or lemon juice and gin with a dash of sugar and bitters. A real gimlet is half gin and half Rose’s Lime Juice and nothing else. It beats martinis hollow.””

In most respects I agree to that, although I prefer another ratio of Gin and Lime Juice Cordial and I’m not finally sure about the comparison to the Martini. Anyway, the Gimlet is simply a great drink. A very interesting and delicious variant is the Richmond Gimlet from Jeffrey Morgenthaler. 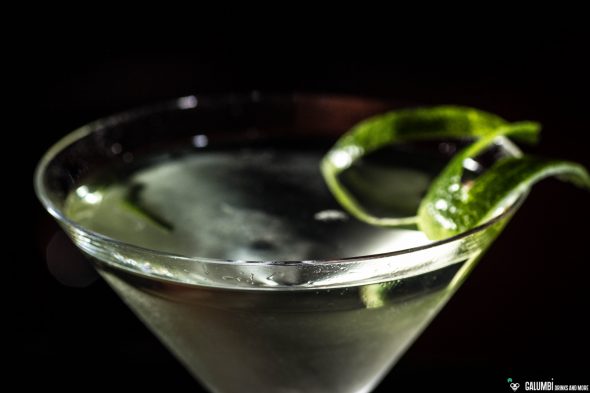 Preparation: Stir all ingredients in a mixing glass on ice until cold and strain into your pre-chilled glass. Spray a little oil from a lime zest on top of the drink.

Buying sources: In specialized  stores, in supermarkets or online.