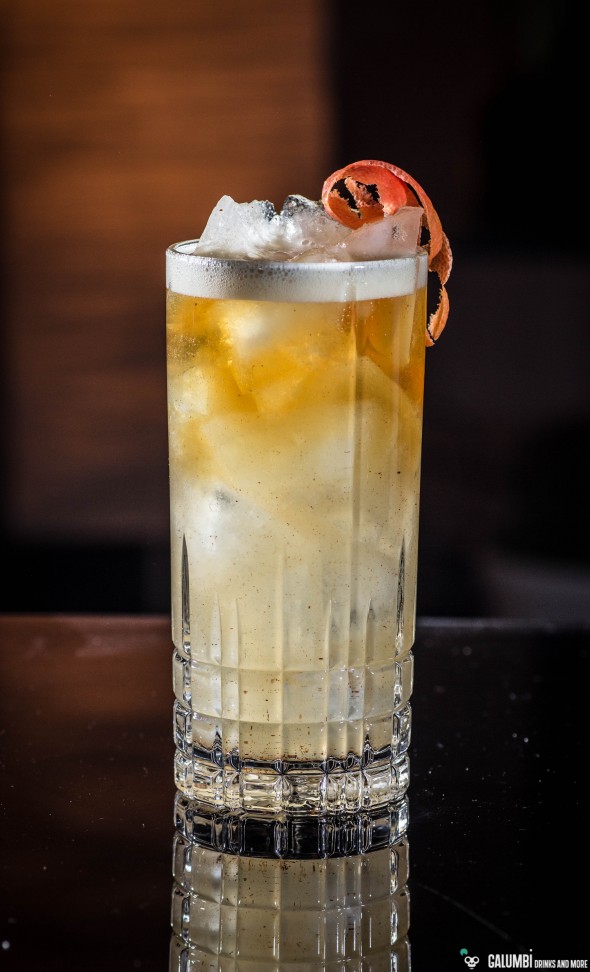 Until now, I have praised Jacob Grier’s 2015 book “Cocktails on Tap” in several contexts. Grier offers a fabulous overview on classic beer drinks and contemporary, sophisticated beer cocktails. Also today’s recipe has been taken from this work and is a variant of an old acquaintance.

The name of this acquaintance is Paloma. What perhaps will remind most people of the popular Spanish song “La Paloma” is also the name of a long drink made with grapefruit lemonade and tequila that is very popular in Mexico. I have also written a short review in early 2015 about a simple Paloma recipe here on the blog in the context of the introduction of some Thomas Henry lemonades. But back to Jacob Grier: Grier aimed for creating a kind of homage to the Paloma with the addition of beer to the drink. That should raise the Paloma on a cunning new level. And how shall I put it? That effort was absolutely successful, but convince yourself with a glass of that cocktail called the Yakima Sling.

To be honest, the Yakima Sling is more than a simple variant of the Paloma and more than a Paloma with a splash of beer inside. The part of the grapefruit lemonade is taken by a little lime and grapefruit juice and the bitter hop character of a strong IPA. Together with a good Reposado Tequila (an aged Tequila) you will also find some interesting cinnamon syrup inside of the Yakima Sling, which makes the drink very interesting and complex. The spiciness of cinnamon works really well with the aromas of the IPA. 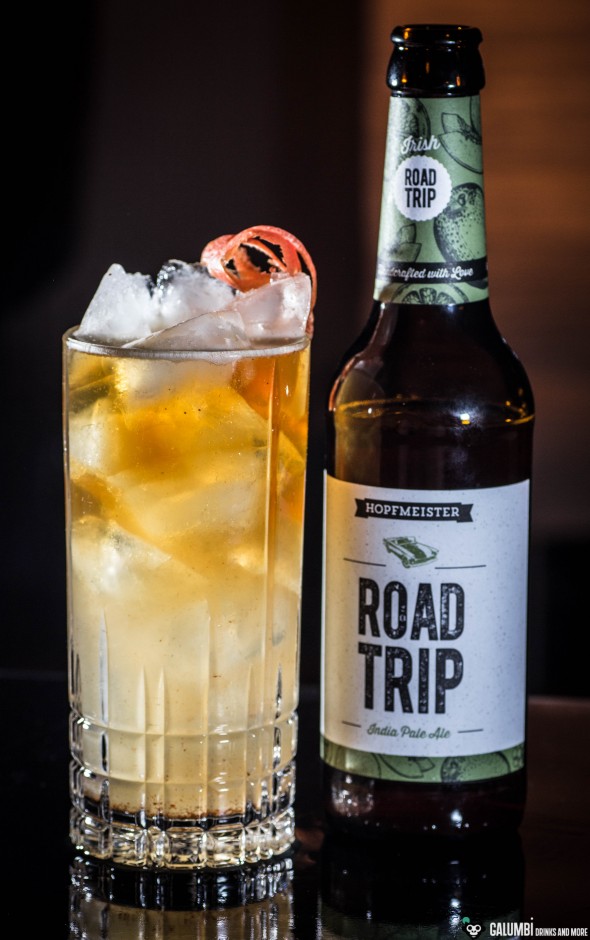 The Yakima Sling is named after the Yakima Valley, a region in Washington, which is famous for the growing of hops. Furthermore the name if not of Japanese origin, but goes back to the name of a tribe of indigenous people of the region.

Cinnamon syrup: Bring 240 ml of water and 200 g of sugar to a boil with 4 broken sticks of cinnamon, reduce heat and simmer over low heat for 5 minutes. Remove from heat and let cool, then strain and fine filter into a bottle or container. Store in a cool place (it will keep for a few weeks)!

Preparation: Shake all ingredients vigorously on ice in a shaker except for the IPA. Then strain into an ice-filled glass and fill up with the IPA. 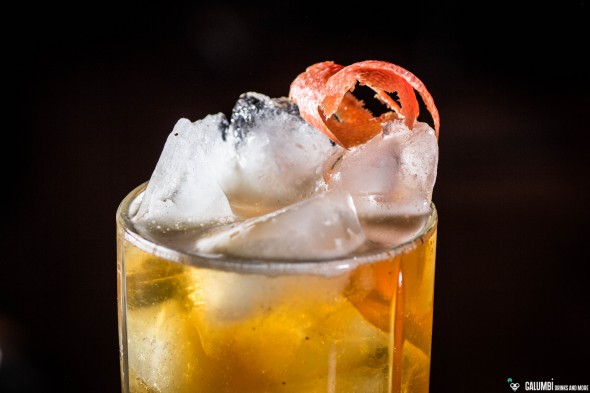 Buying sources: All ingredients can be found in well-stocked supermarktes or in specialized stores. Cheap cinnamon sticks can be purchased in Asian food markets.

One thought on “Yakima Sling”