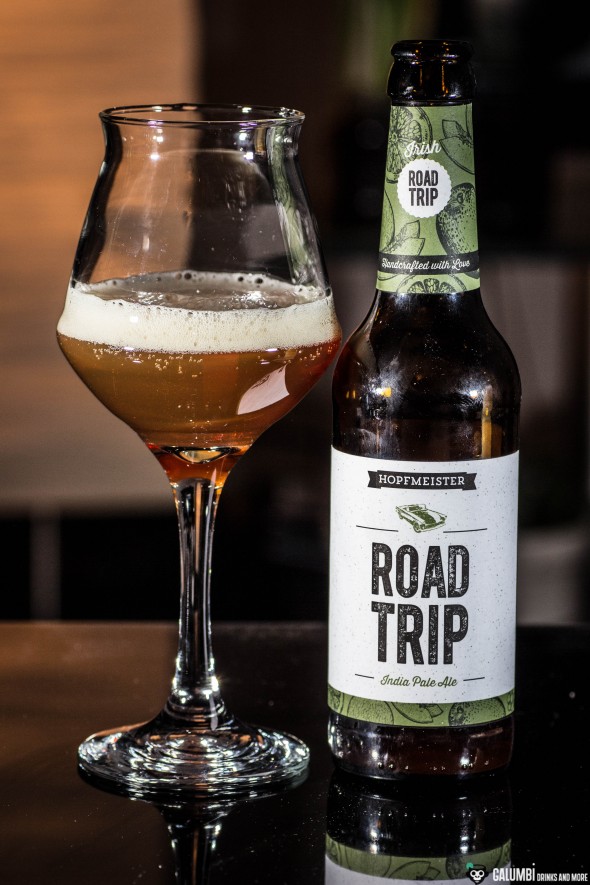 “Gypsy” or “Client Brewing” is a household word among Craft Beer-brewers. When the wave of craft brewing started in the United States, many beer enthusiasts and entrepreneurs thought about compensating their lack of own brewing facilities by using the existing infrastructure. So they rented breweries with free capacities, thus creating a win-win situation. Today’s beer also looks back on an origination as a “Gypsy Brew”.

Although it does not come from the US but from Germany. Strictly speaking, from the Munich Craft Beer-forge “Hopfmeister”. Hopfmeister was founded by Marc Gallo, a graphic designer who discovered his passion for brewing and finally changed his business. As initially stated, Gallo relies on the known principle of Gypsy Brewing, hence the different Hopfmeister-beers are made under the roofs of different local breweries. When it comes to brewing-ressources, Gallo uses a mix of local and international varieties of hops and regional malts. But let’s take a closer look at today’s actual beer.

It bears the beautiful name “Hopfmeister Irish Road Trip India Pale Ale”. The Road Trip Pale Ale was brewed in the Bavarian town of Hohenthann, most likely in the “Hohenthanner Schlossbrauerei”. But why is it actually “Irish”? The reason for this is the source of inspiration for this beer, which is specified by the makers around Marc Gallo with associations of a summer day on the west coast of Ireland. Apparently they have experienced a nice car trip on the Irish coast in the past and named (and brewed, of course) this beer as a reminder to that. The fermented IPA relies on the hop varieties Amarillo, Cascade, Centennial, Simcoe and Zeus and comes with 6.5% vol. – not too much for an IPA. 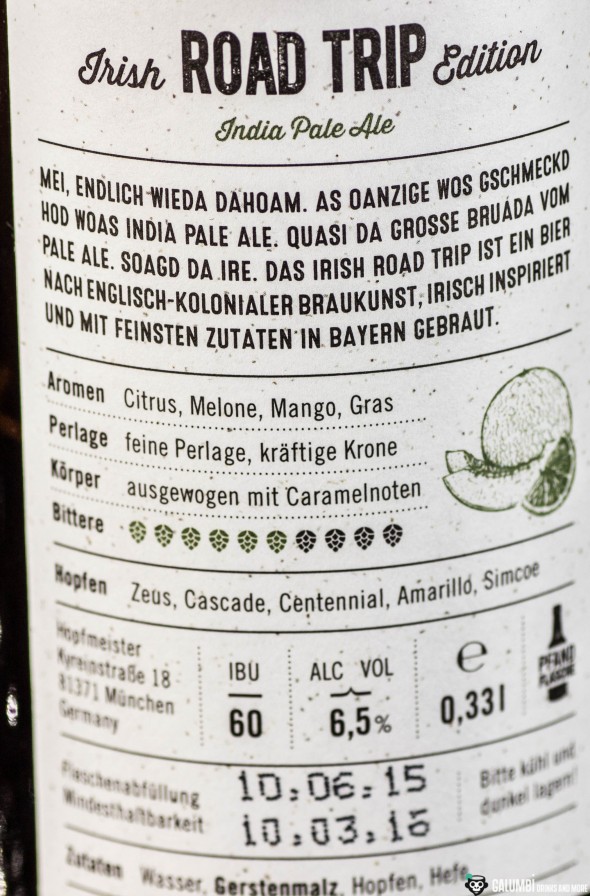 Attentive readers will have perhaps noticed that I have already used this beer in the past when mixing a Yakima Sling – with very satisfactory results!

On the nose you can scent IPA-typical notes of tropical fruits and citrus. The manufacturer lists grapefruit, mango, melon and some hemp. I can go along with this description, even if I would not have been able to identify the hemp as a single component. On the palate you can also find fresh citrus notes, but especially a strong bitterness of the hops. A very full-bodied taste experience that offers all the nuances you would expect from a good IPA.

Buying sources: The 0.33l-bottle lies between 2.50 € and 3 € and is available in specialized stores or online.