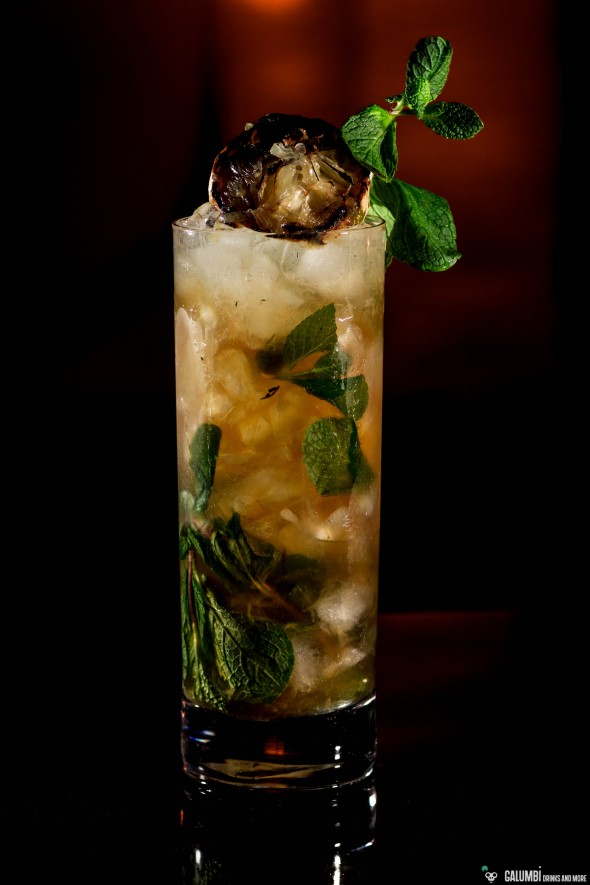 “Of course I like cocktails, especially Mojitos!” I’ve actually heard similar statements very often. Somehow the Mojito has managed to become something like the iconic cocktail figure for many twentysomethings and weekend drinkers whom you can encounter in the party streets and areas in the cities during the weekends. The stereotypical image of the multicolored cocktail with umbrella and half a fruit basket on the rim of the glass has consequently changed towards the fragrant Caribbean mint and lime-mixture (at least in Germany).

However, the Mojito is slightly older than you might think. There is the widespread theory that it has its origins in a drink called “El Draque” (the dragon). El Draque was the nickname of the famous British privateer Sir Francis Drake given to him by the Spaniards. Right, he was “the one with the Spanish Armada and so on”.
It is said that his subordinate Richard Drake used to serve his famous namesake a mixture consisting of sugar, lime, the sugar cane liquor Aguardiente de Caña and mint. Supposedly to prevent stomachache.

Of course, a lot of time has passed since Francis Drake and even though my opening words can easily create a different impression: I do like a Mojito now and then. As long as it is done properly, which unfortunately is far from self-evident. However, today’s recipe is a modification which comes with a certain level of sophistication. The recipe is once again derived from the book “Cocktailian – Das Handbuch der Bar” and is described as “Grilled Lime & Spice Mojito”. The “Spice” in the drink is provided by spiced rum which replaces the classic white rum in the regular Mojito. In addition to that, the drink offers roasting flavors brought to it by the juice of grilled limes. This is a really fantastic nuance that works excellently inside the cocktail. In addition, Demerara sugar syrup is used, which you can easily produce yourself (see below).

For the Demerara sugar syrup take about 2 measuring cups (500g) brown Demerara sugar and boil it together with 1 measuring cup of water until the sugar has dissolved. Let cool and store sealed in the fridge. (You can of course adjust the proportions, if you want to use less of it at once.)

First grill halved limes in a grill pan or on the grillage from all sides. When the limes are browned they also have started to caramelize. After letting them cool down, you can just squeeze them. Clap the mint between your hands and and put it in the glas together with spiced rum, lime juice and Demerara sugar syrup. Then fill it up with crushed ice and stir until the glass turns foggy. At last float with soda.

Garnish: Mint (to underline the special character of this Mojito variant I like to put one the squeezed grilled limes ontop of the drink – but this is of course optional.)

Most of the ingredients can be obtained from well-stocked supermarkets or even in health food stores (Demerara sugar). I like to buy my mint in Turkish supermarkets, it’s usually fresh there and the price quantity ratio is much better. Spiced Rum can also be obtained in many supermarkets, but if you want to choose a slightly better one, you should possibly consult a liquor dealer or simply order it online.