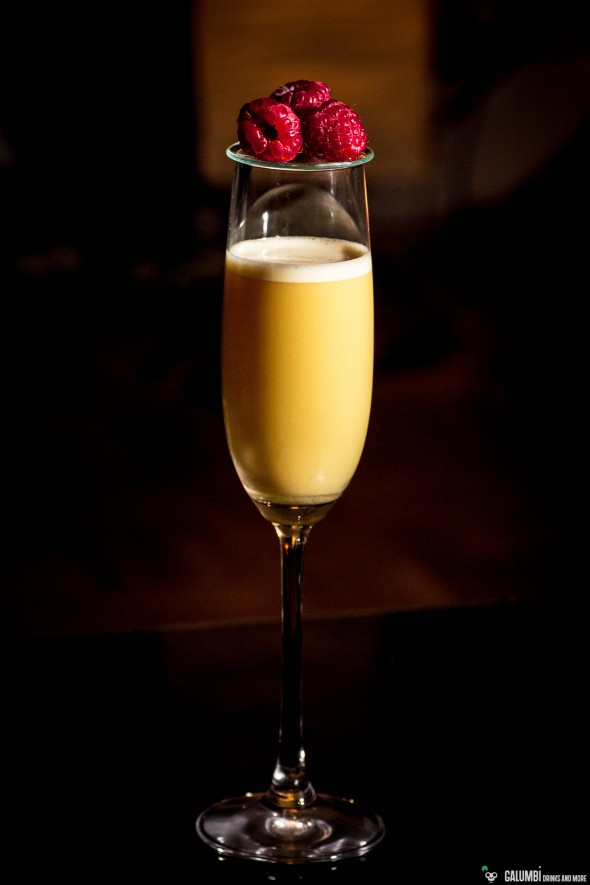 Seasonal drinking often comes along with archetypical drinks that match the spirit of the time of the year. While lying on the beach only a few people would call for an eggnog cocktail. Where Batidas will most likely be the drink of choice, there are some types of drinks which seem to be million miles away from a summerly atmosphere. Flips may be among those drinks.

I must admit, imagining myself on the beach I’m also visualizing a well-mixed Caipirinha or maybe a Grilled Lime & Spice Mojito, but nonetheless there even can be some unusual types of drinks which do strike the chord of spring or summer. So today I’d like to make some words about the “Too Too” cocktail. The Too Too was first mentioned in Charlie Paul’s “Recipes of American and other Iced Drinks” in the year of 1902. So we’re dealing with a real elder here.

The Too Too relies on the combination of Rum and Brandy, which is a combination you don’t see very often nowadays. But back then it was quite popular to blend those two different spirits. Alongside these two flavors simple syrup and raspberry syrup are mixed to create a subtle fruitiness that is responsible for the seasonal aspect introduced above. Together with one egg you’ll get a very nice texture and the Too Too tastes like a full-flavored, yet somehow fresh kiss on a summers evening.

Mix all ingredients in a shaker and give it a dry shake first. Then add ice and shake vigorously for about 15 seconds. Strain into the pre-chilled glass.

Garnish: vanilla sugar on top of it (I also like to add some raspberries on a watch glass on top of the champagne flute)

You will find the necessary ingredients in well sorted supermarkets, specialized liqueur stores or on the internet.

One thought on “Too Too”