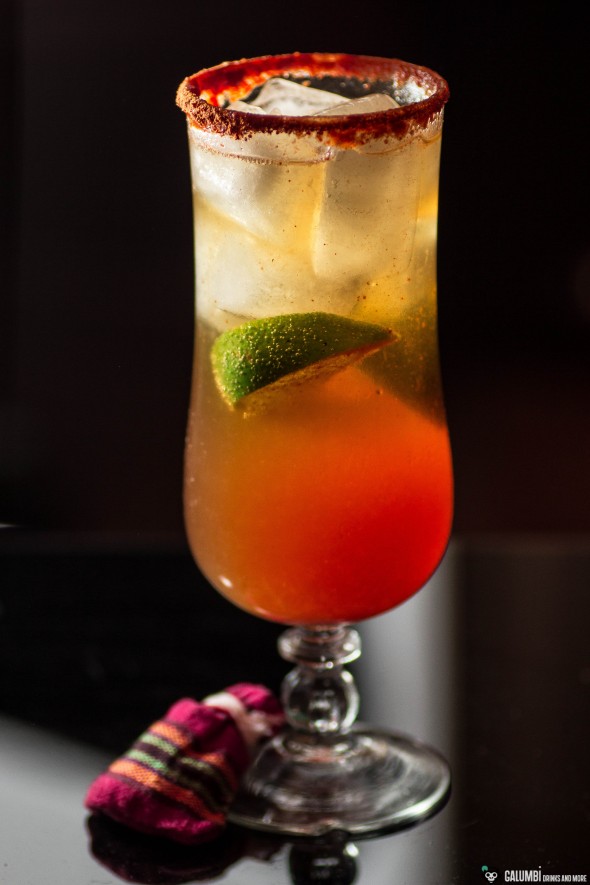 Beer cocktails are definitely a difficult subject. Even more here in the Ruhr area of western Germany, which is quite famous for its laborer-mentality (and “Dortmunder Beer”). Most people won’t appreciate the idea and a typical reaction on the idea of mixing a beer into a cocktail would be something between disbelief, amusement and an evil eye. Nevertheless such a judgment is often made way too fast!

The Michelada is certainly one of the world’s most famous beer cocktails. In Mexico, this drink is very popular. People like it as a refreshment on a hot day (of which they of course have a lot) or in the original sense as a “Hangover Cocktail” (a very questionable cocktail category).

The origins of the Michelada  go (not backed up completely) back to a man named Michel Esper, who is said to have had his beer always ordered with lime, salt, ice and a straw at the famous Club Deportivo Potosino in the Mexican city of San Luis Potosí. In addition to that, there is the widespread, simple-to-prepare “Chelada”, which actually differs only from a common Lager beer in terms of having a salt on the glass rim and lime juice as an additional ingredient.

But back to the Michelada: its flavor initially is really unusual, but definitely refreshing and surprisingly hearty. The Michelada actually reminded me of something like a liquid tortilla chip, which has certain hotness to it – thanks to the chilies used. It tastes like the epitome of Mexican flavor.

Juice of 1/2 to 1 lime (to taste, more lime makes the drink fresher)

On a small plate put salt and a pinch chili powder and mix it until you get a reddish chili salt. Now  moisten the rim of your glass with a lime and turn the glass upside down through the chili salt. Add the rest of the ingredients in the glass (pour in the beer last). You can, if you want to, enjoy the whole thing on a couple of ice cubes. Be sure that you do not damage the chili-salt-rim before serving.