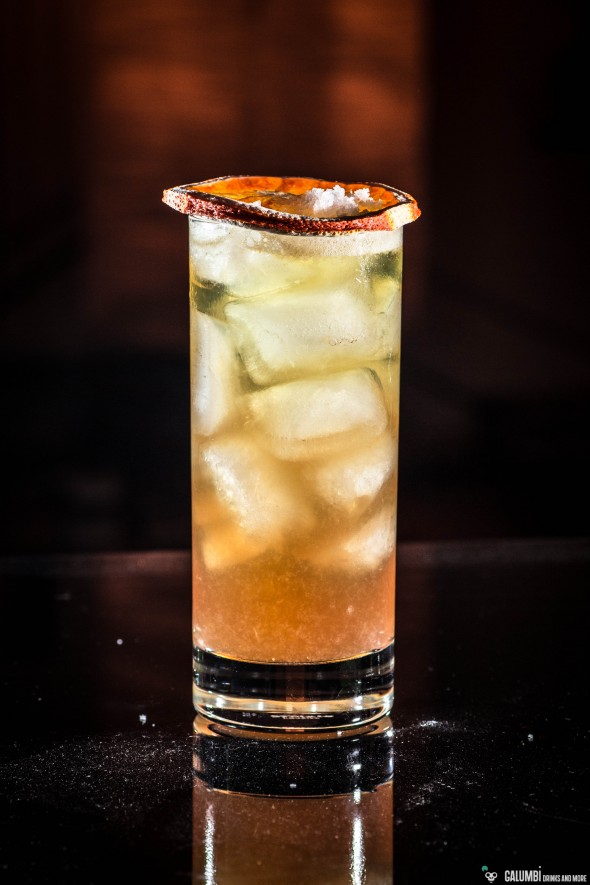 I must admit: the weather in Central Europe is all but Cuban in these days, but that does not mean it can’t be a good time for a good cocktail. Even though today’s drink is certainly of rather summery nature, it also fits very well into the autumn season due to a crucial detail: Although it does not look like it, the Cubano Highball is a complex beer cocktail.

I came upon the Cuban highball by the book “Cocktailian 2 – Bier and Craft Beer”, which is a German reference book about beer that also includes some very interesting recipes in addition to miscellaneous facts about the amber nectar. The Cubano Highball was invented by Andreas Wild from the Willie James Bar in Frankfurt am Main in 2013 and really has some arguments in store that immediately convinced me: Cuban Rum, fresh lime juice and Runny Honey (a mixture of boiled water and wild honey, see below) initially trigger expectations of a summery and tangy taste experience with a Caribbean twist. However, in addition a little fleur de sel and pale lager (or good Pilsener) is included in this drink. The combination of salt and beer certainly has great potential, as anybody will agree to who has ever tried a good Michelada. 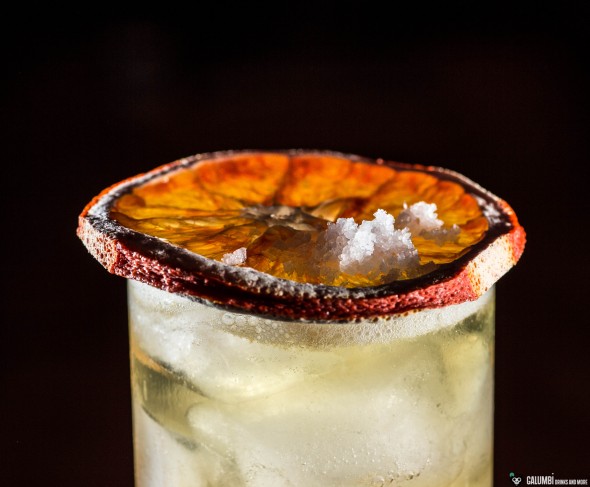 It is due to these latter ingredients that the Cubano Highball transforms from a relatively unglamorous cocktail into a real flavor bomb. It turns out very complex with bitter and salty notes which bestow a fantastic depth upon the drink. And as a side effect it also fits absolutely fine into the autumn time. This one is a real insiders’ tip for which you won’t need overly exotic ingredients!

* Runny Honey: mix wild honey with boiling water (in the ratio 1:1) and let it cool.

Preparation: Add all ingredients except the beer in a pre-cooled glass over ice cubes and stir until cold. Finally, fill it up with the beer.

Garnish: dried orange wheel (I also like to scatter a little fleur de sel on top of the orange wheel, so you can adjust the saltiness to taste.)

Buying sources: All ingredients should be easily available in a well-stocked supermarket.