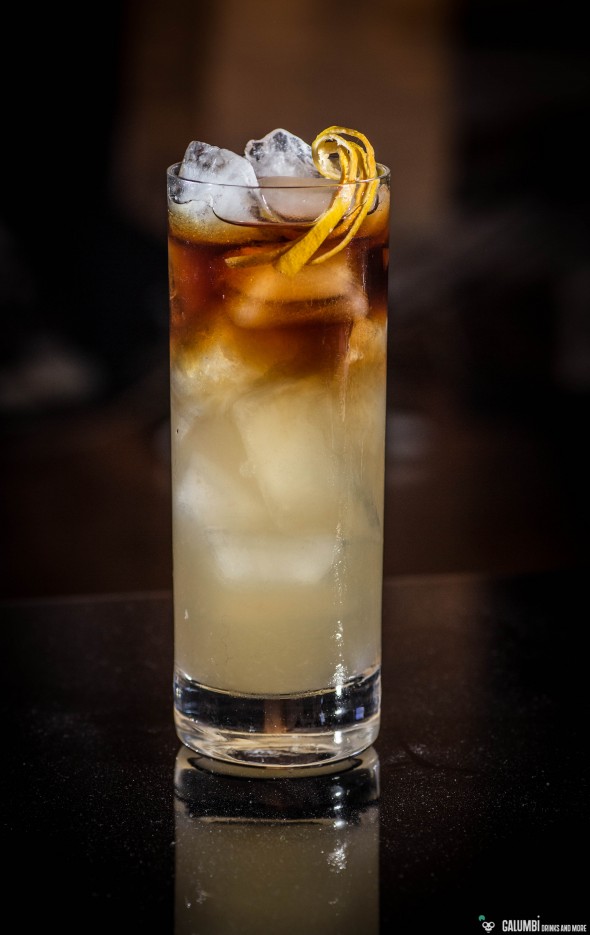 A continued rise in demand for beer cocktails is a logical corollary of the rather progressively thinking Craft Beer movement. Certainly not everyone who’s into craft beer wants to mix it as a cocktail ingredient, but ultimately the possibilities of using beer behind the bar have immensely increased which of course has a certain impact on the menus in many bars in the cities worldwide.

After having described the traditional Michelada a few months ago I have recently introduced some modern beer cocktails, the Cathedral Cocktail and the Rye in your Britches. Today I want to stay in the modern segment and introduce another really interesting cocktail that’s just about perfect for the summer season, although it is prepared with a stout and a porter. Beer styles that you would normally never associate with summertime. The drink comes from Mannheim, Germany, from the local Hagestolz Bar, where it was served for the first time in 2013 as part of a corporate event. Since that time it enjoys a great popularity. I once again came upon this cocktail through “Cocktailian – Bier and Craft Beer”, which also includes a number of cocktail recipes in addition to very well-researched and well-founded information on the world of brewage. Thus it is an excellent source for neu tasting experiences and ideas for mixing beer in cocktails.

The cocktail is called Doctor Martens and one might really view it as a visual reminiscence of the eponymous shoe which comes up with its black leather and the distinctive yellow stitching. Ok, the quantities of colors are reversed as you can see on the picture. Be that as it may. The Doctor Martens relies on Navy Style Rum as the base spirit and uses Stout or Porter to float the finished drink. The British Navy Style Rum is a rum style with strong and spicy notes, in most cases having an increased amount of alcohol (hence rum-soaked gunpowder is still flammable – a fundamental criterion in the Navy). In combination with Stout or Porter that sounds anything but summery. Yet it is:

The Doctor Martens offers a lot of fruity and fresh notes, almost like a summery and light Christmas punch with cinnamon from the plum bitters and citrus sprightliness in addition to very subtle notes of ripe plums. Combined with the harsh and strong bitter notes of stout or porter beer with their toasty aromas and light chocolate nuances it turns out as a great overall picture in which the fruitiness blends well with the sweet and spicy character of rum. Absolutely aromatic and a unique flavor profile.

Preparation:  Stir all ingredients except the beer in a mixing glass with ice. Strain into your chilled glass on fresh ice and last “float” with the Stout.

Buying Sources: Navy style rum can be found in specialized stores or with luck in well-stocked supermarkets (I have used Pusser’s British Navy Rum). Stout or Porter can be obtained in special beer shops or in British food stores. In some countries (countries I can only envy for that) this style of beer belongs to the standard product range in every supermarket. Rum and beer can of course also easily be bought online, what is very likely to be the only possible way to get your hands on the Plum bitters, unless you know a really well-stocked specialist shop in your vicinity.