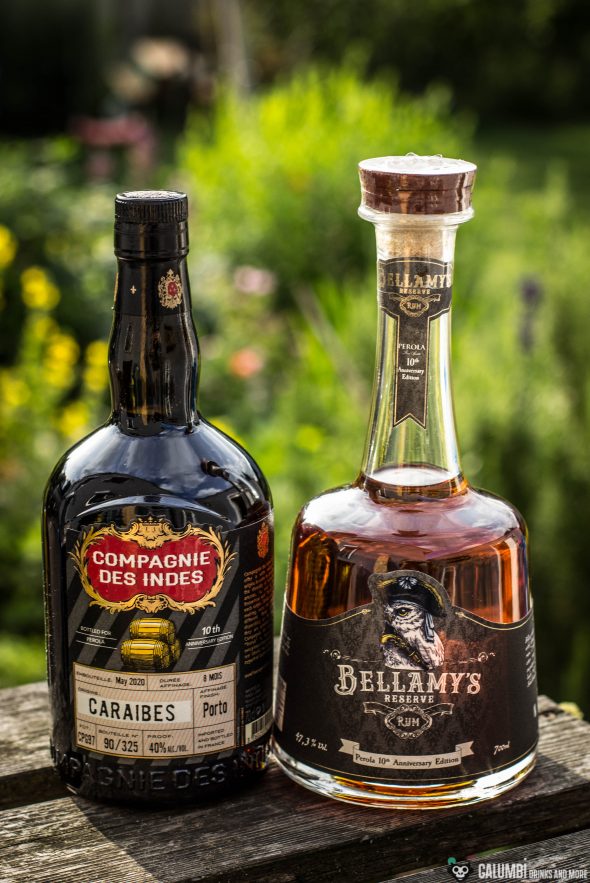 Ten years ago, Arno Schmid-Egger and his then co-founder Joachim Klein founded the Perola GmbH. Initially, the company focused solely on Magnífica Cachaça, but eventually expanded its range of products and is now one of the established distributors and traders of spirits in the German-speaking world. My esteemed blogger colleague Johann Trasch from cocktailbart.de worked for the Fürth-based distribution company and also I have worked with Perola in the past, writing about some of their products, as well as tasting and mixing them. (provided test products)*

At this point, I would therefore like to raise my hat to Perola and offer my best wishes for the tenth anniversary – combined with the wish for a successful future!

Surely there will have been a few corks popping at the birthday party in Fürth, but they have also thought of something very special for the anniversary, namely to bring out two anniversary rum bottlings. And these two are now standing here in front of me, waiting for an appropriate tasting and a suitable drink. 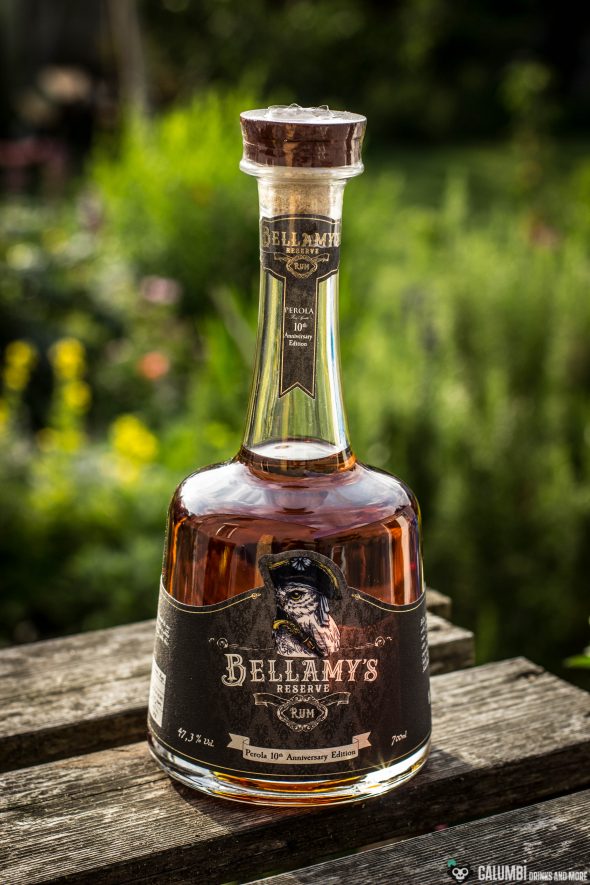 On the one hand, there is the Bellamy’s Reserve Perola 10th Anniversary Edition. I have already briefly reported on Bellamy’s Rums on my Instagram channel in the past. For these pirate-themed rums, matured Barbados rums are once again matured in rum barrels from different nations. A more or less small dosage (today’s rum contains 15.3g of sugar per liter) can’t be denied, but it’s good. For the Bellamy’s Reserve Perola 10th Anniversary Edition Perola have now thought of something special and let the rum, which consists of five to twelve year old rums from Barbados, Jamaica and the Dominican Republic, finish for 20 months in a barrel that previously contained high-ester Jamaican rum. Finally, the rum was bottled at an attractive abv of 47.3%. 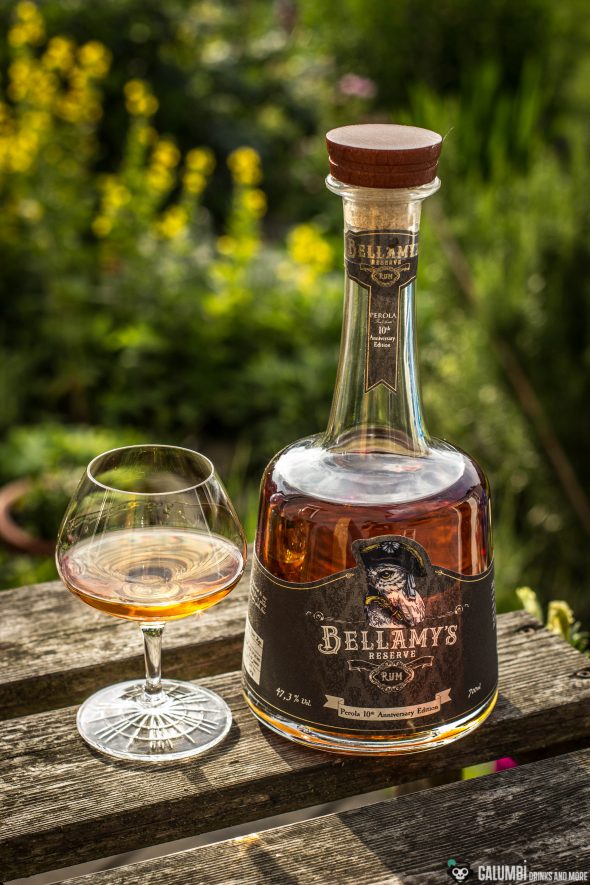 Aroma: First, I find nice notes of a caramelized, ripe banana, which is also durable. Ester notes are only subtly recognizable, but bring tones of fermented fruit into the overall picture, which become clearer with time. But if you expect an ester grenade a la Hampden due to the finishing here, I have to disappoint you, but that would certainly be asking far too much from a post-maturation. Coconut blossom sugar and notes of milk chocolate and coffee are also added over time, as well as some orange. On the nose quite appealing, who likes sweet rums will surely find pleasure here.

Taste: I also find notes of banana on the palate, but much less concise. These are rather combined with roasted notes of coffee, associations of cocoa, again some orange and a full-bodied caramel note. The sweetness of the rum is clearly recognizable, but with 15.3g not as exuberant as it is known from other “sweet rums” from the past. The rum turns out really voluminous. The 47,3% vol. work well here – oh yes: the ester notes! Also on the palate they are rather subtle, but there. They contribute to an interesting overall picture that you don’t find often.

I wrote about rums of the French independent bottler Compagnie des Indes for the first time in 2017 here in this blog. Among rum lovers, the series enjoys a very good reputation, although here, too, sometimes a small “dosage” is applied. The CDI Port Cask Finish Perola 10th Anniversary Edition shows “Caraibes” as its description of origin on the label. Behind this collective term are rums from Guyana, Barbados and Trinidad & Tobago. These rums matured between three and five years in former Bourbon barrels before they were being placed in port wine barrels for another eight months. I love Port Wine finishes, so I’m particularly excited about this one. However, a dosage of 15g per litre was also applied here. It is bottled at an abv of 40%, I would have liked a little more, but I don’t know to what extent the youth of the rum was perhaps “accommodated” a little. 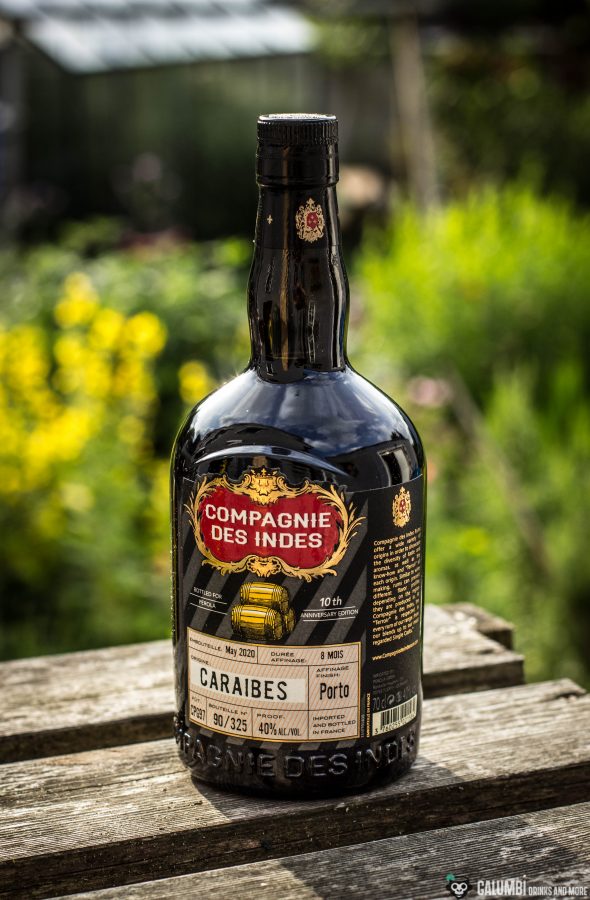 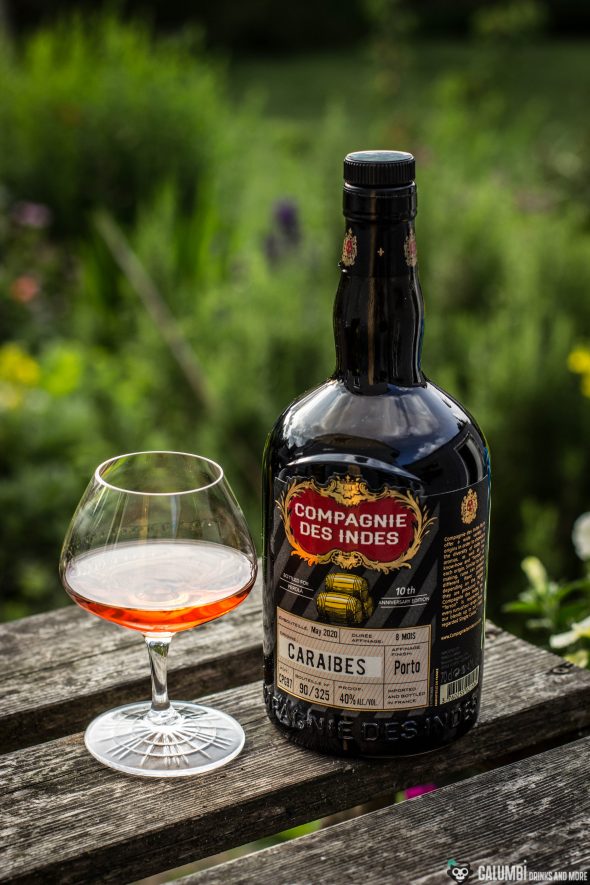 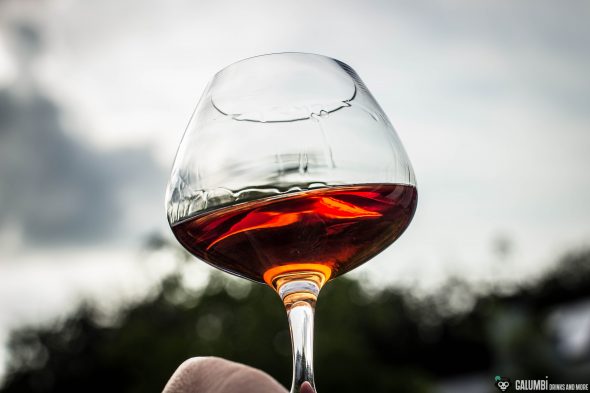 Aroma: Yes, the port cask finish shows up here quite quickly: dark fruits like cherries, strawberries and raspberries, but also plums, behind this a rather light rum with fine vanilla tones, a little nutmeg and cinnamon, but otherwise the cask finish dominates here.

Palate: On the palate, the port wine barrel is also evident, although not immediately and as clearly as on the nose. Nevertheless: with a thoroughly successful blend of light vanilla and fruit, the CDI Port Cask Finish Perola 10th Anniversary offers a quite appealing flavor picture. Of course, a sweetness is noticeable here as well, which would be unmasking even if you didn’t know about the dosage, but it definitely carries the fruit notes forward. Again, I find cherries, strawberries and some plum.

Finish: medium long with caramel and some oak

Two rums, two drinks – one festively with champagne as a tribute to the anniversary and one with coffee (of which the employees at Perola will certainly enjoy a few during their work). I will start today with a drink called We call it Mr. Coffee. I named the drink after a completely silly scene from the 1987 Sci-Fi comedy Spaceballs, but it’s less silly in content. In the cocktail, Bellamy’s Reserve Perola 10th Anniversary Edition is stirred with a little Vecchio Amaro Del Capo, Demerara Syrup, Pierre Ferrand Dry Curacao and The Bitter Truth Bogart’s Bitters and finally topped with Nitro Cold Brew. Of course, the drink also works with a normal, fruity cold brew, but if you have a Nitro Charger, you can use it to add a frothy, creamy consistency to the drink, which is simply seductive! 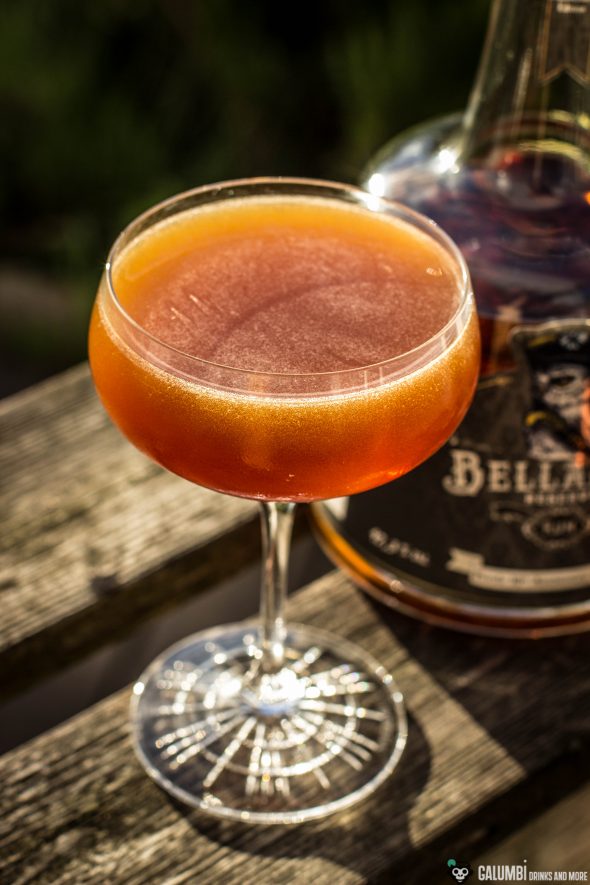 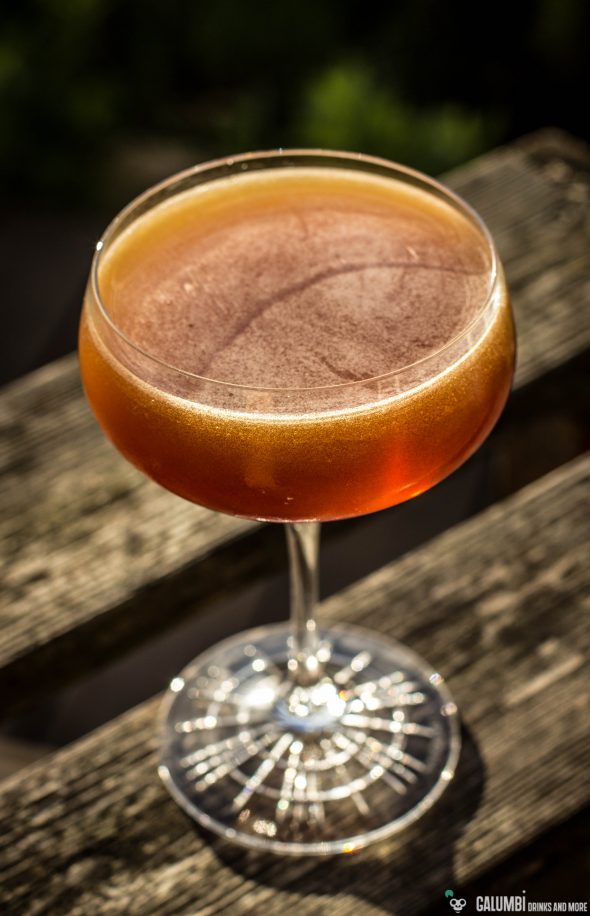 Preparation: Stir all ingredients except the Nitro Cold Brew in a mixing glass on ice until cold and strain into the pre-cooled Coupette. Finally, top with Nitro Cold Brew. 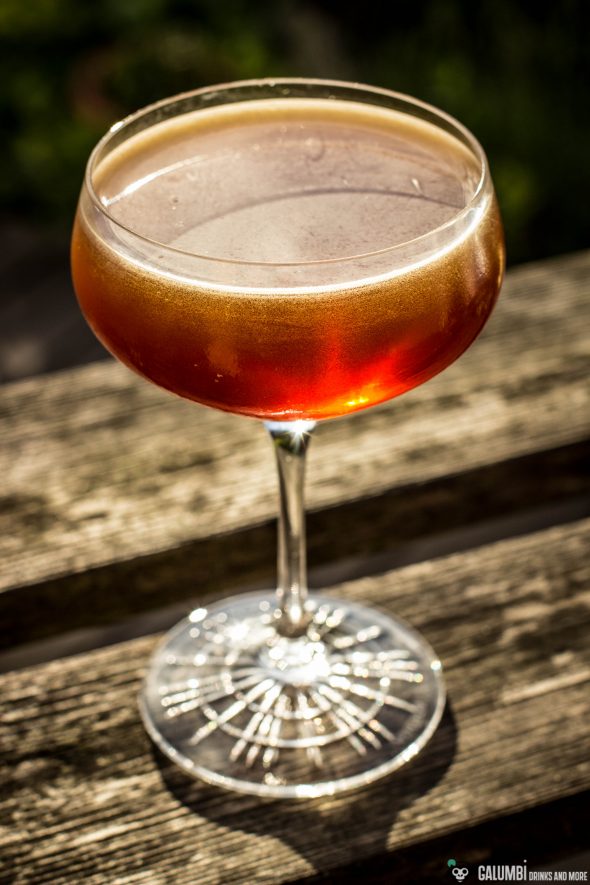 My second drink was inspired by two things: the Prince of Wales and fresh gooseberries. Gooseberries are very rarely found as a cocktail ingredient, but – as I discovered once again during the course of this drink – with their sour and fresh profile they can certainly bring a very interesting nuance of taste to a cocktail. The name “The Royal Gooseberry” is therefore also a combination of both. The berry notes of the CDI Port Cask Finish Perola 10th Anniversary work really well here – and in combination with a rosé champagne you get a subtly delicious overall picture of which I am really proud. With this in mind once again: Happy Birthday, Perola! 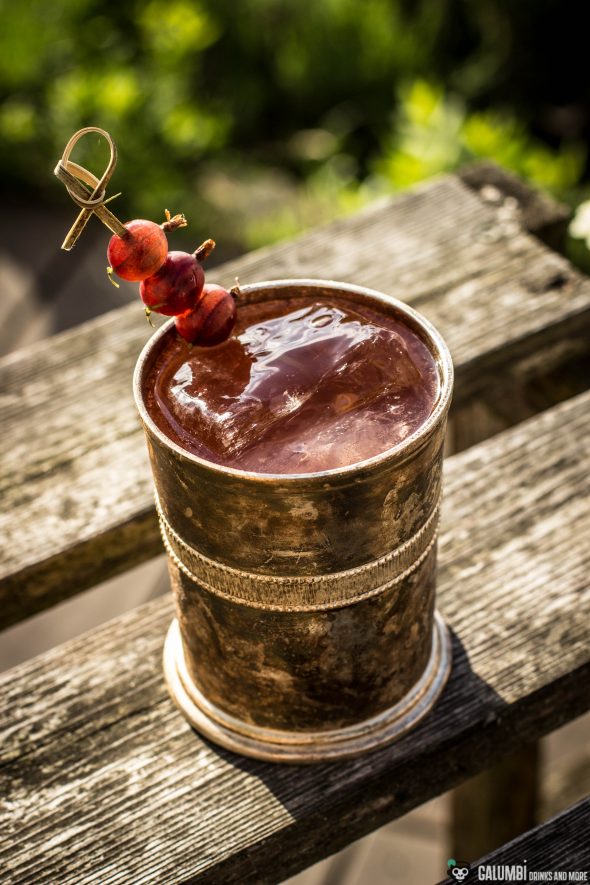 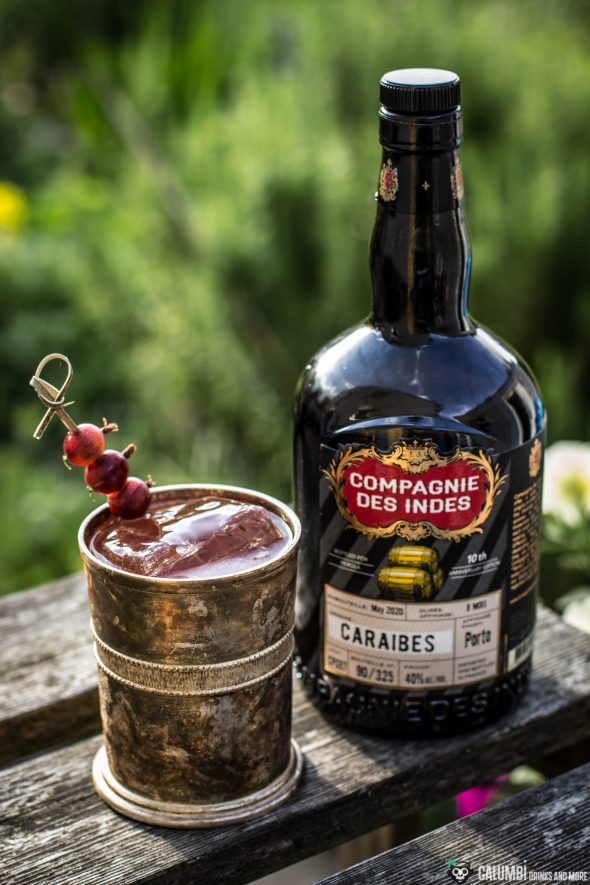 Preparation: Crush gooseberries and sugar syrup in a shaker with the Muddler. Add the remaining ingredients except the champagne and shake vigorously on ice. Strain twice on solid ice into the silver cup and top with champagne. 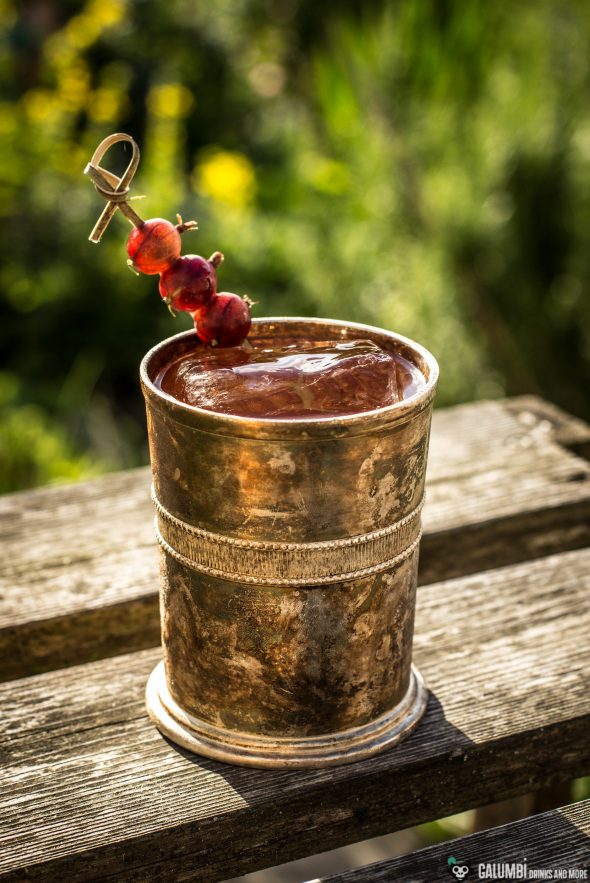 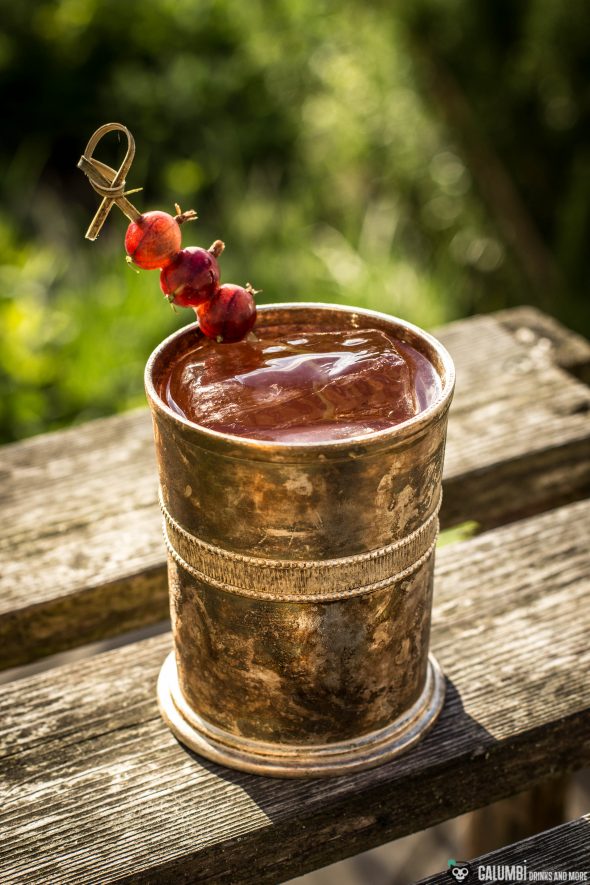 Buying sources: At specialized retailers or online at Perola.