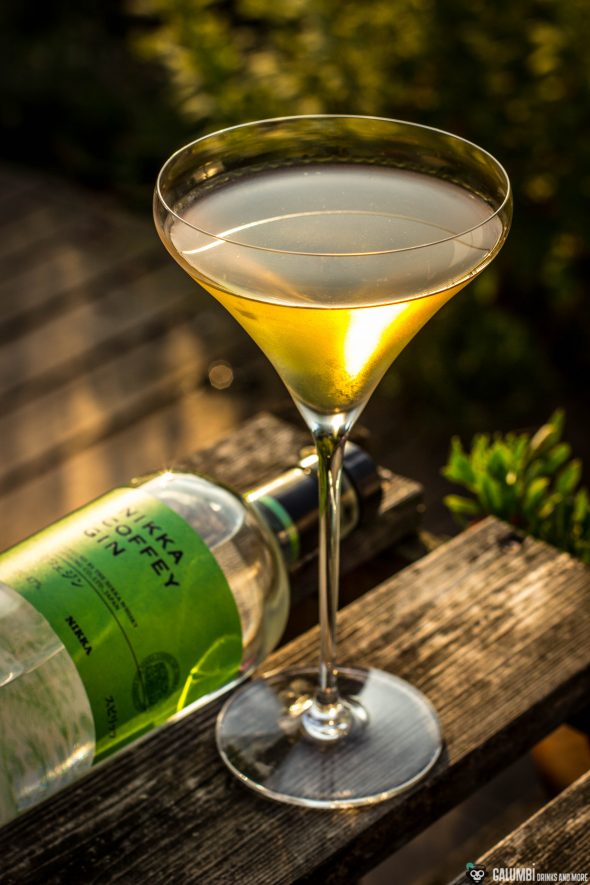 Before I started today’s article, I took another look at my article about the Nikka Coffey Malt Whisky. Because the Nikka Coffey Gin comes from the same spirit series of the Japanese manufacturer Nikka. And even though Nikka enjoys a high reputation as a whisky producer most reviews of the Nikka Coffey Gin turned out remarkably positive until the present day.

Looking at the above linked article about the Coffey Malt Whisky I had to remember how often I was confronted with the misconception that the term “Coffey” was a reference to coffee as a component of the whisky (admittedly, mostly expressed by people who are more casually interested in the matter). Although I would recommend reading the article at this point – especially for background information on Nikka – I would still like to pick up on the term again: Coffey was the surname of an Irish engineer who died in 1852. He was the developer of a column distillation plant which is still in use today and which is mostly called Column Still or Coffey Still. All those who had hoped for another liaison of gin and coffee must therefore be rejected.

I’m writing another liaison because the combination of coffee and gin & tonic has somehow made its way into the mainstream (meanwhile, coffee-flavoured tonics are available or also ready-mixed cold brew tonic variations). And even though I would describe myself as very open-minded when it comes to the culinary art and also quite keen to experiment, at this point there is a personal limit: I simply don’t like the combination of roasted coffee, gin and bitter fresh tonic at all. In this respect, I am even more pleased that Nikka has not used any coffee here to create some kind of coffee gin. 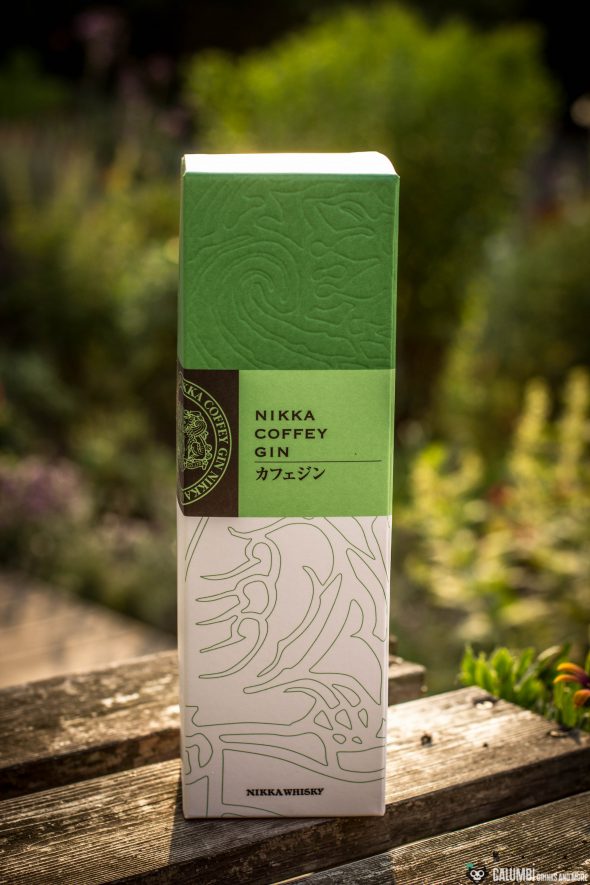 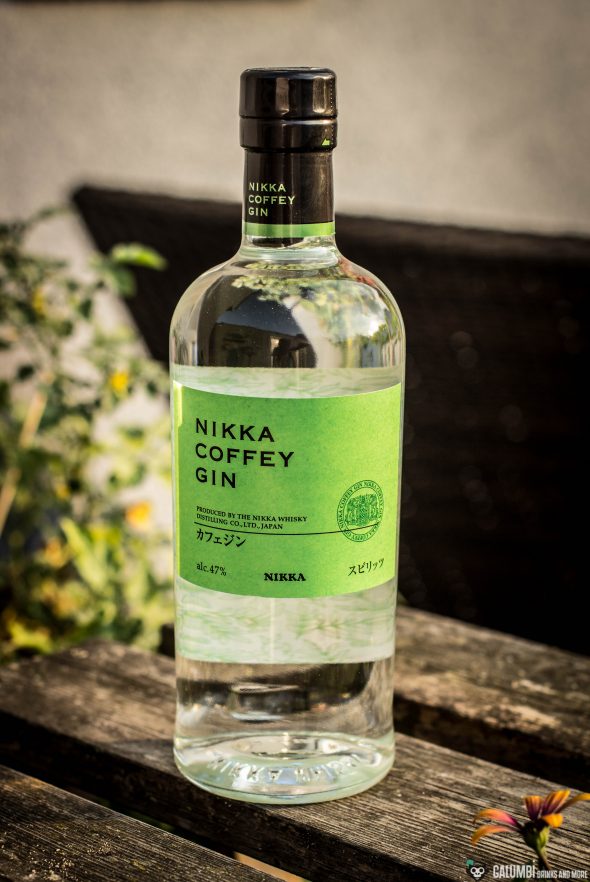 Instead, the Nikka Coffey Gin is produced with the addition of 11 botanicals: Besides the obligatory juniper, these are coriander, angelica root, lemon peel, orange peel as well as some genuine Japanese fruits, herbs and spices: Yuzu, Amanatsu, Kabosu and Shīkuwāsā (which are all citrus plants and fruits), Sansho pepper and apple juice. The latter is a special ingredient, since Nikka was founded as a producer of apple juice in the 1930s.

The Nikka Coffey Gin is finally bottled with a promising ABV of 47%. 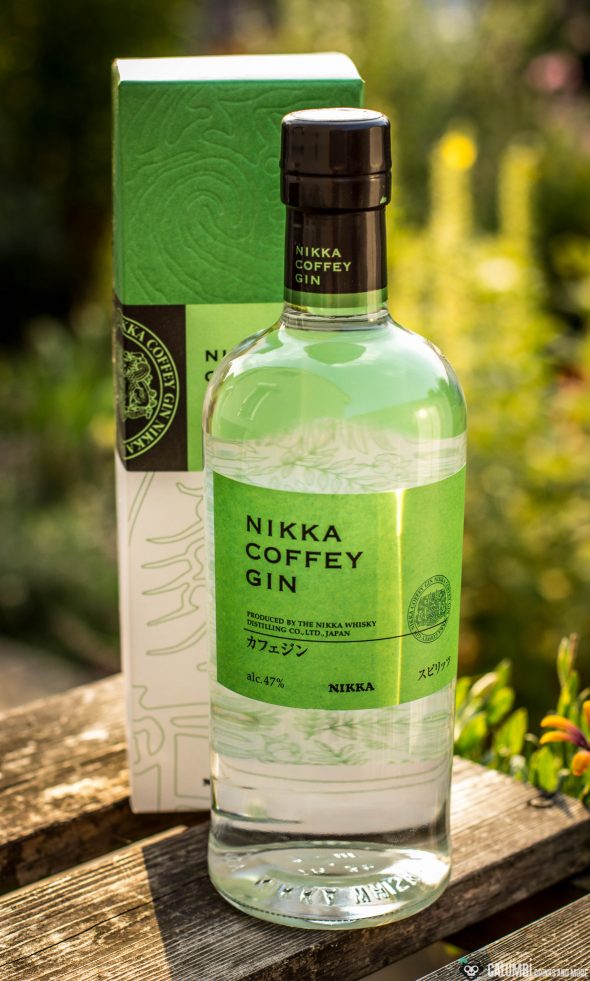 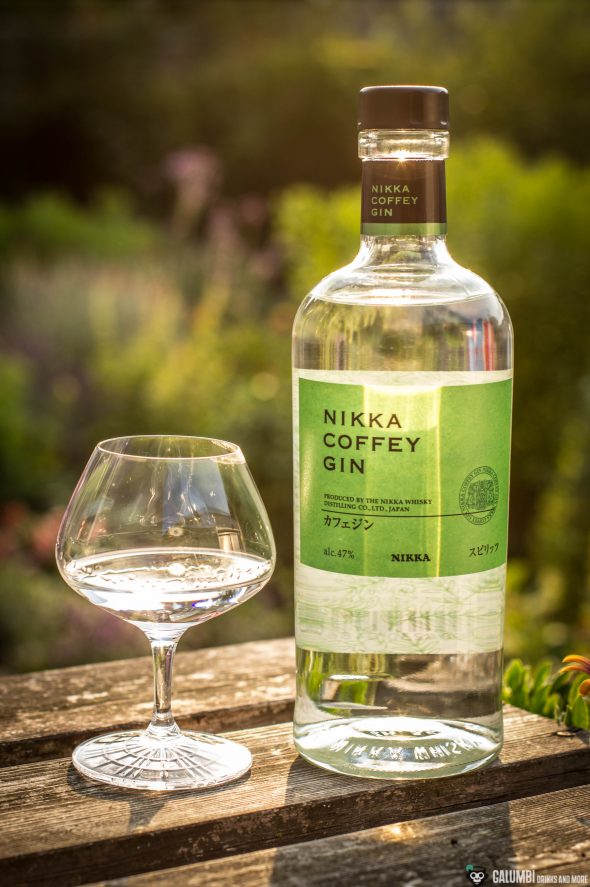 Aroma: Wow, nobody can complain about a lack of intensity here! Immediately there is a spicy-fresh firework of citrus aromas in the nose, which I would describe best with lime and bergamot tones. However, I simply don’t have reliable experience with Amanatsu, Kabosu and Shīkuwāsā to be able to give an adequate and differentiated description. Juniper is also present, but falls back behind the citrus notes. I attribute a fine, fruity and somewhat sweeter note to apples and orange peels, while the Sansho pepper becomes increasingly clear after some time, but still remains subtle. Associations of cardamom and anise flare up briefly, also some gooseberry.

Taste: “Wow” again! The Nikka Coffey Gin also keeps on the palate what the nose has already promised. Again, there are incredibly expressive and fully aromatic citrus peels (the differentiation problems are the same here), these skilfully combine with the spicy notes of juniper to a very harmonious overall picture. Sansho pepper is again present in the background, I can also find apples and some moss. The alcohol is really perfectly integrated. It does not disturb at all, but rather carries this gin on the highest level possible. This one is a highlight on the bloated gin market!

Well, to simply list some cocktail classics here in which this gin surely would cut a fine figure was a little too boring for me to be honest. In fact, I would freely say that with Nikka Coffey Gin you cannot do anything wrong. Of course, you have to know what you want and I don’t think it would be very recommendable to use it with exceptionally flavoured tonics (I know there are for instance some Japanese inspired Yuzu tonics out there – but you don’t need them here). This gin speaks such a clear language that you do not need any more than a good and classic tonic. Otherwise it would quickly become too much.

Rather, I thought of the good old Martini (which, by the way, is also very recommendable in itself with the Nikka Coffey Gin), but then, being inspired by it, I created something of my own, which should also taste good to people who shy away from a classic Martini because they think of it as too strong (at least I hope). My drink consists of the Nikka Coffey Gin, the white Del Professore vermouth (also another dry vermouth will work here), the Ferdinand’s Saar Quince (which is inspired by the Sloe Gin tradition), a hint of Maraschino and two Dashes of peach bitters. The result is a drink full of lively, fresh and spicy notes, embraced by a warm and fruity overtone. Hard to describe, but really beautiful. The drink does not look spectacular, but it does not need that. Rather it captivates (in a typical Japanese sense) by its simplicity and quality. The drink is called Natsu Kinu. Natsu Kinu means something like “the summer has come” – and since this Martini variant fits the season very well, I decided on this name. 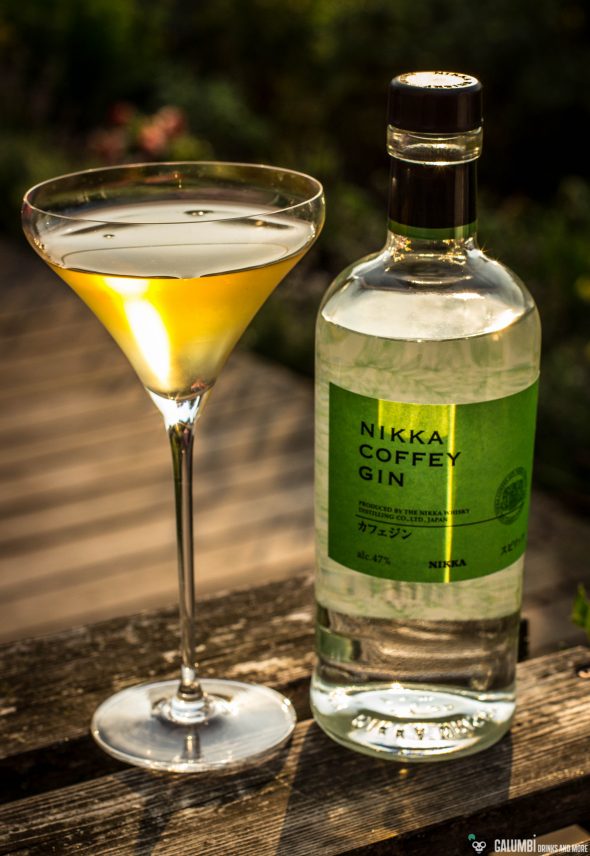 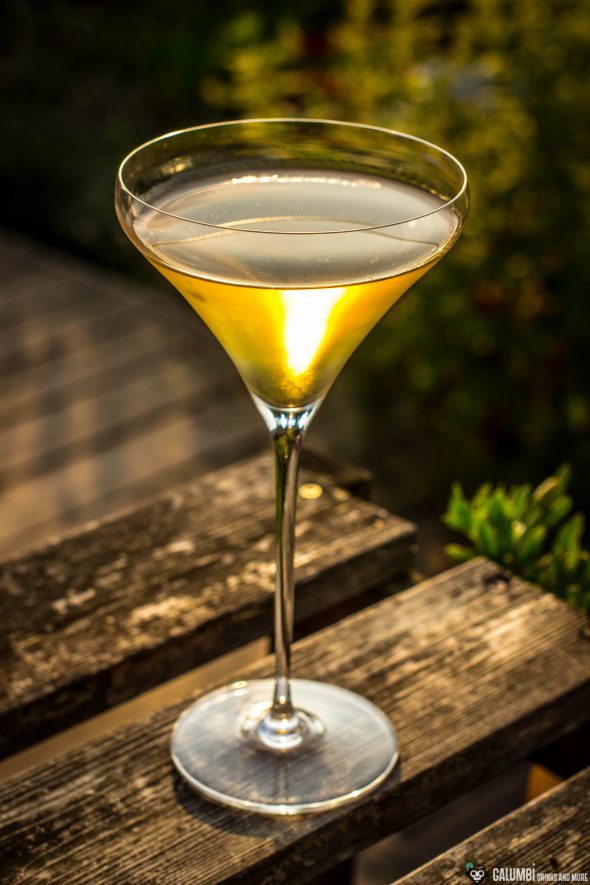 Preparation: Stir all ingredients on ice in a mixing glass until cold and strain into your pre-cooled glass. 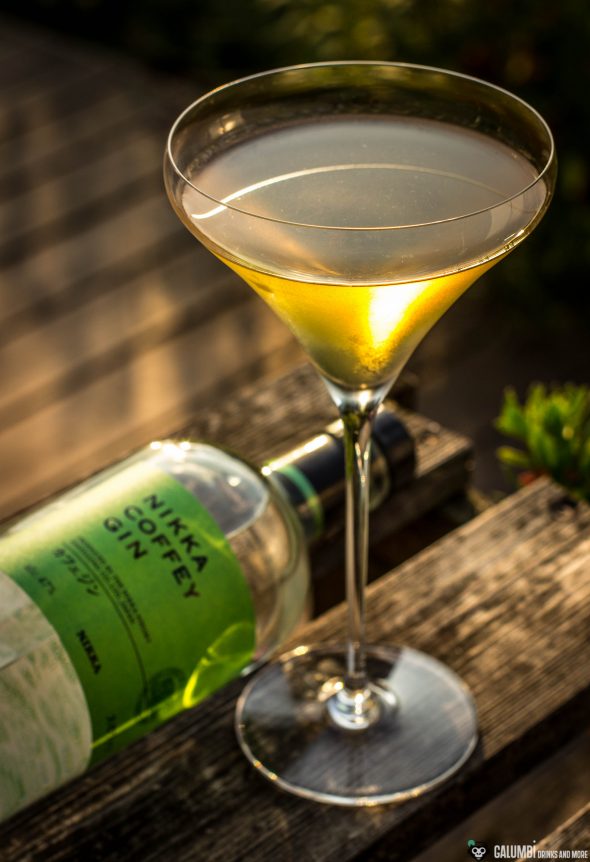 *Operating Galumbi – Drinks & More apart from the editorial work of course also occasions expenditure, why occasionally also paid advertisement can be found here. Nevertheless, the review of the product in this article reflects my opinion and was not influenced externally. Such a cooperation is only possible if I can recommend the advertised product with a clear conscience. This article is an advertisement, which results from a cooperation with the BORCO-MARKEN-IMPORT Matthiesen GmbH & Co. KG (the German distributor of Nikka Coffey Gin). However, I purchased the sample bottle independently on my own.