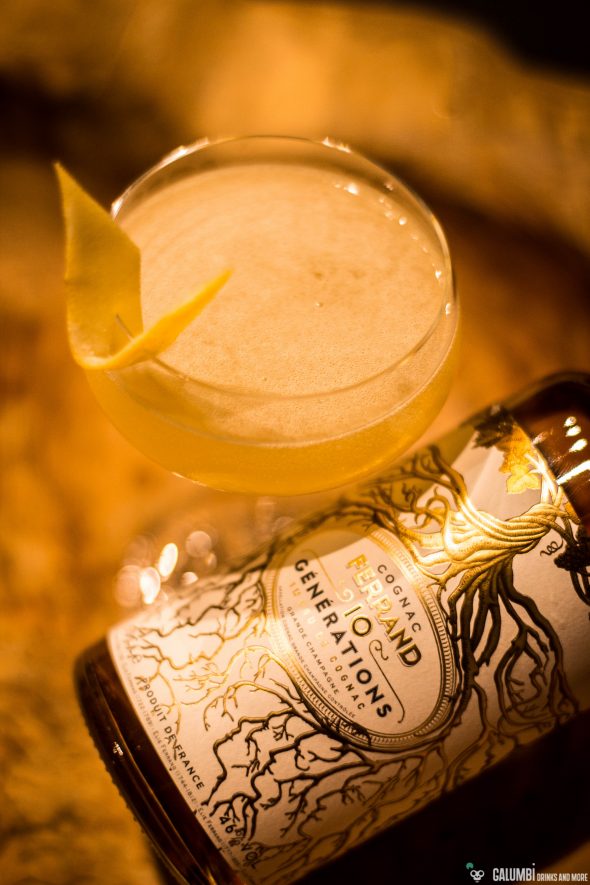 Today’s article is no small thing, because even if I basically proceed as usual and will review a spirit and a cocktail, things are a little different this time. I’ll start with the cocktail first, because the drink demands this considering its historical weight. Afterwards I will review the spirit, which nevertheless speaks for itself and represents a felicitous “supplement” to the cocktail. (provided test product)*

The drink I would like to say a few words about today is the Sidecar. The Sidecar (sometimes also written side car) is perhaps something like the cognac cocktail par excellence – or at least it is perceived as such. But that’s not necessarily always right, but it’s not completely wrong either. But one after the other. 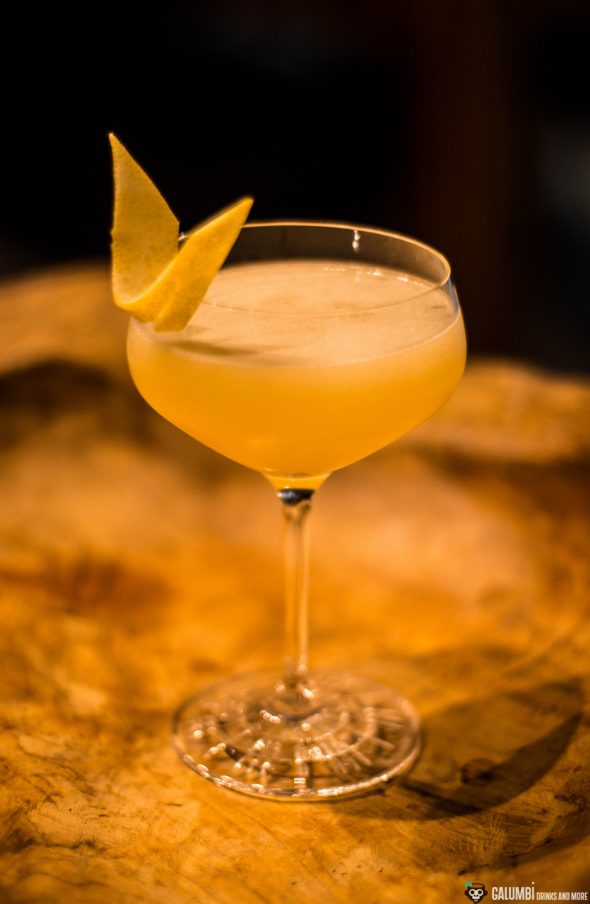 When exactly the Sidecar was invented cannot be said with absolute certainty. It appeared in printed form in various bar books from the early 1920s onwards and has since established itself as a classic. The authorship of the drink has also not been flawlessly handed down, even though a lively debate developed around its origins already during the 1920s. Thus, the London bartender Malachy “Pat” McGarry, Harry McElhone or Frank Meier, the senior bartender of the Ritz in Paris, are generally cited as inventors, whereby there are arguments against each of the individual protagonists.

Worth mentioning at this point are certainly two more common anecdotes about the name of the cocktail. It is often said that a French bartender, who was confused by an accident on his sidecar, unintentionally mixed the ingredients of the drink together and thereby invented the Sidecar. Another report speaks of a French captain who was driven to a bistro where the drink was served during the First World War in Paris in the sidecar of a motorcycle. 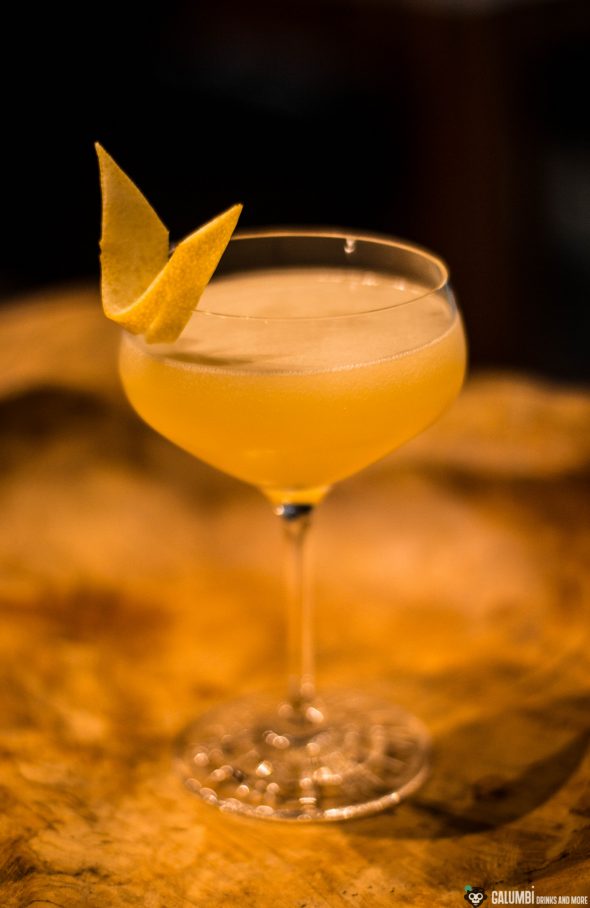 Be that as it may: the drink seems to have been named after the sidecar of a motorcycle, which in turn limits its historical roots somewhere in the early 19th century. With the increasing popularity of cocktails, recipes have of course also changed over the course of the last century. The proportions are not really fixed even today (unless you slavishly adhere to the specifications of the International Bartenders Association IBA). A special feature is the actual basic ingredient, namely cognac. As many cocktail enthusiasts may know, the term cognac in old (especially American) bar books does not necessarily always stand for what we understand by cognac today. And even if it is obvious to assume that the original Sidecar was actually prepared with real French cognac, different brandy variants still find their way into Sidecar cocktails all around the world. That’s why instead of the term cognac, also the word “brandy” is often used in recipes. Which in turn often is only another word for cognac in American sources. So it is not surprising that, thanks to problematic translations, Spanish Brandy de Jerez also suddenly appears as a Sidecar ingredient on some bar menus). However, in the sense of better distinctiveness, people started speaking of a French School Sidecar when preparing it with real French cognac.

Speaking of ingredients: The Sidecar consists of cognac, Cointreau and lemon juice. So that’s basically it. You might notice: There is no expressive sugar source in the drink (even if the Cointreau naturally contains sugar), which ultimately makes it rather fresh and sour – but unfortunately often unbalanced. In fact, Cointreau is said to have had a higher sugar content in the past, which was unknown to me before I read an article about the Sidecar which was written by my blogger colleagues from Bar Vademecum (only in German language). Nevertheless, this encouraged me even more to continue adding 3 barspoons of sugar syrup to my Sidecars (that’s the result of my own experiences). 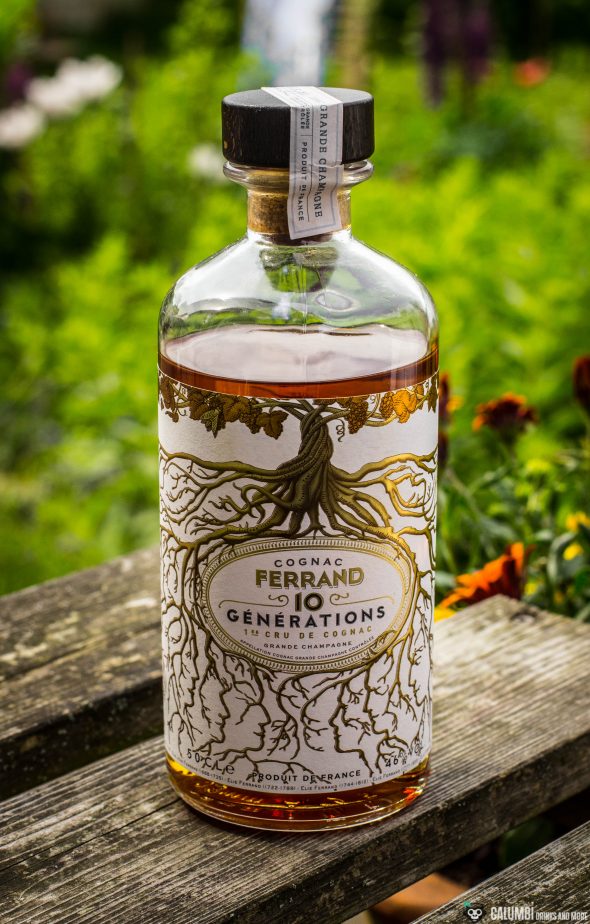 So, now to the cognac, because this one is also quite special today. Once again, it comes from the French cognac house of Ferrand. Already in the past, I wrote about Ferrand cognacs (here, here and here) and was basically convinced of the quality of these distillates every single time. Now the Ferrand 10 Générations is the focus of my attention. This cognac is a special bottling, which should reflect the long family history of the cognac producer Ferrand and is dedicated to the family member Elie Ferrand. This is a distillate from the 1er Cru de Cognac (more about this in my article about the Pierre Ferrand Cognac 1840 Original Formula), which is based exclusively on Ugni Blanc grapes. With unusual, but exciting 46% vol. I also have a quite powerful cognac here in my glass. An exact time of maturation is unfortunately not revealed. 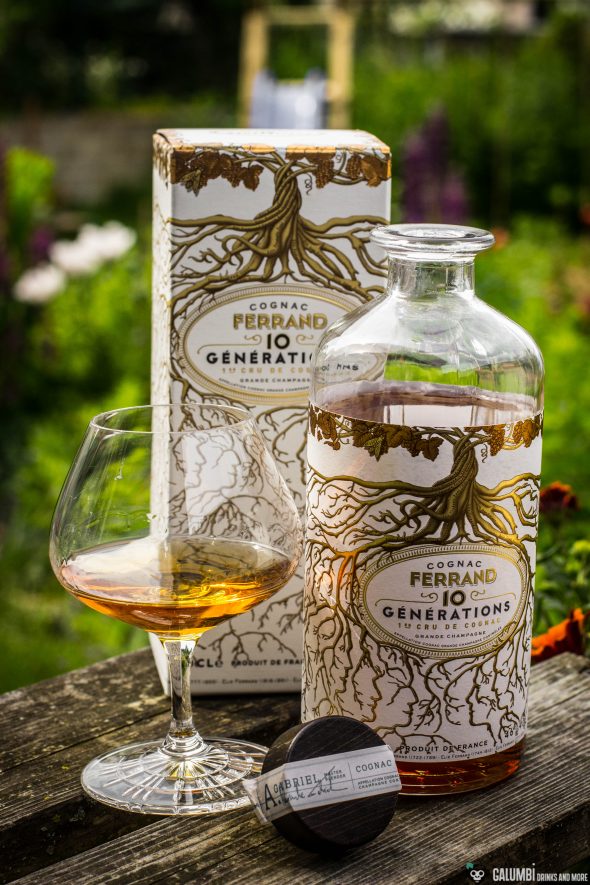 Aroma: There is a very nice aroma to be encountered here. Apricot kernels, grapes, vanilla and yellow plums, in addition fine cinnamon notes and almond biscuits (Amarettini), behind it discreet oak notes rise up.

Taste: This is a very well balanced cognac, there’s not the slightest trace of sharp alcohol! Associations of nut cake (hazelnuts) and again Amarettinis very pleasantly come through with a fine sweetness, besides – again – apricots and vanilla. A hint of raisins in front of a not too dominant oak background with cinnamon and nutmeg introduces the finish. Especially the nut and almond biscuit is really fantastic! I really like this one!

Finish: medium long with spices, oak and again some almonds. 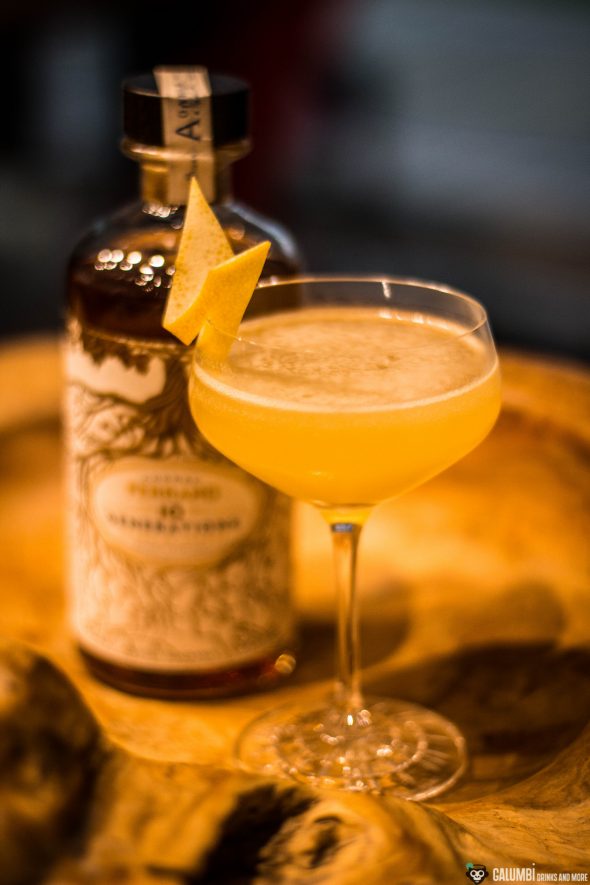