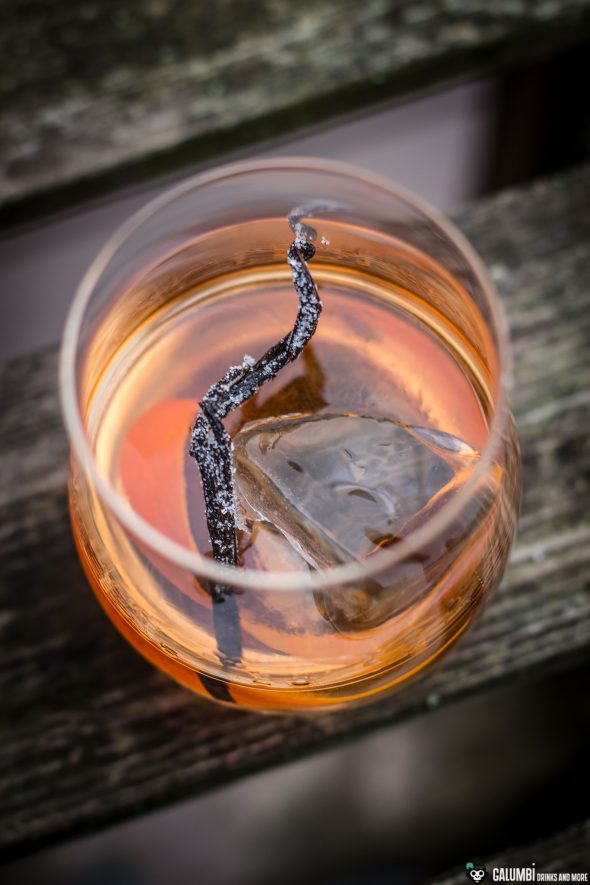 Independent bottlers enjoy a vast popularity among spirits lovers. Especially in the rum sector, many connoisseurs love the chance to get a rum into their glasses that – provided they trust the independent bottler and the product transparency – promises a more genuine (and unadulterated) experience than the official bottlings of some countries and brands would ever do. One of these quite popular bottlers comes from France: the Compagnie des Indes series. (provided test products)*

About Compagnie des Indes I’ve already written here in the past where I also described some smaller background details. So today, I want to take a look at two quite interesting bottles and see if they can keep what the reputation of the series promises. 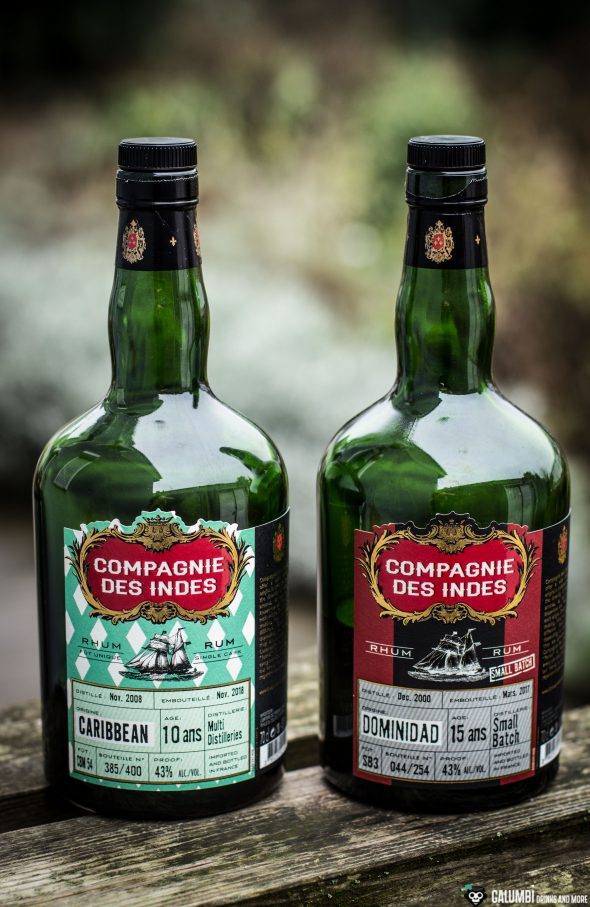 The Compagnie des Indes Caribbean 10 years is a very interesting rum. It is a blend of different distilleries from Barbados, Guyana, Jamaica and Trinidad, which were blended and matured for 10 years in a single barrel. Finally, the rum was bottled at 43% ABV. The blend, which was only bottled in November 2018, consists of rums from the following distilleries: West Indies Rum Distilleries Limited (Barbados, Pot Still, March 2008 and May 2006), Diamond Distillers Limited (Guyana, Pot Still & Column Still, March 2008 and May 2006), Trinidad Distillers Limited (Trinidad, Column Still, May 2008) and a secret Jamaican distillery (Pot Still, March 2008). 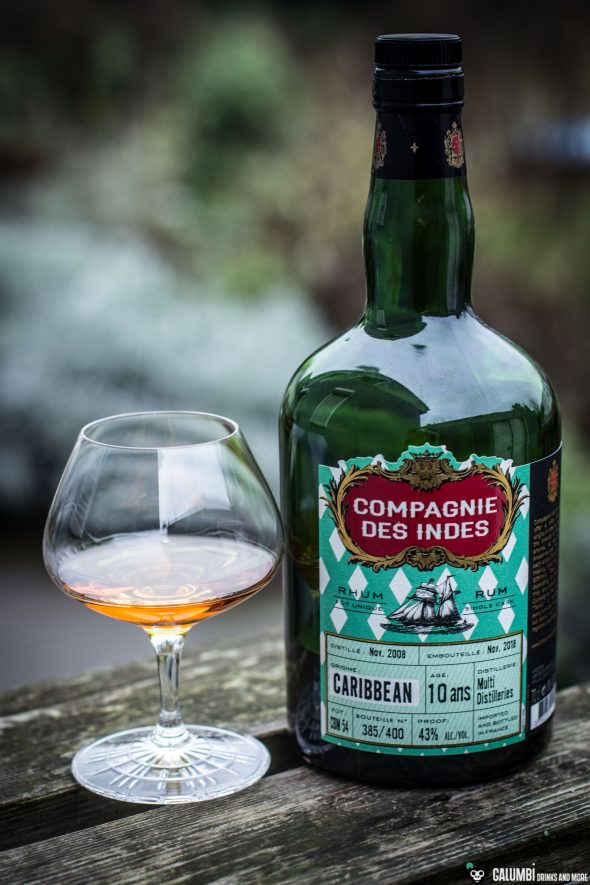 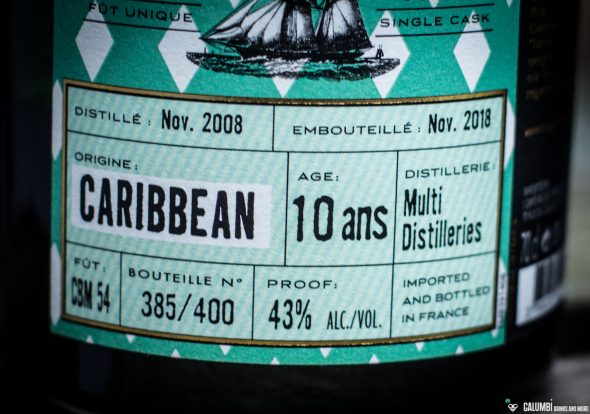 Aroma: Light and ripe fruits rise, especially bananas, quinces and some peach. Vanilla and caramel are also very present, as well as some oak.

Taste: What may sound like a very sweet representative turns out surprisingly dry on the palate. Although the Compagnie des Indes Caribbean 10 years offers a certain sweetness, it never overshadows the notes of fruit compote and spicy oak wood, which resonate inseparably here.

Finish: again quite dry with medium length and with a note reminiscent of tobacco or leather.

On the other hand, the Compagnie des Indes Dominidad 15 years is a blend from different countries of origin as well. Here, however, the number of the countries of origin is just two. A 15-year-old Dominican rum was married to two rums from Trinidad for this bottling, hence the name of the rum. Unfortunately, detailed information about the distilleries cannot be found here. It was bottled with an ABV of 43% vol. 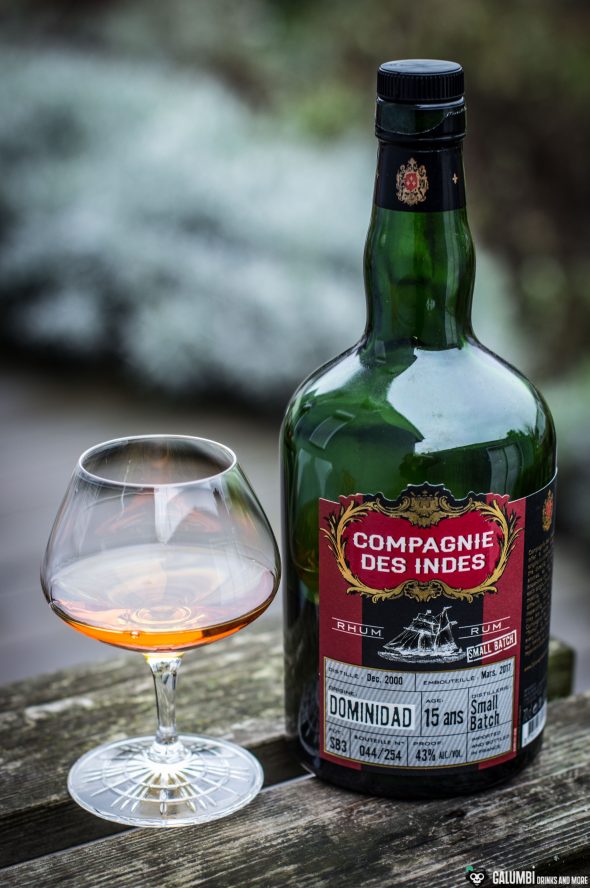 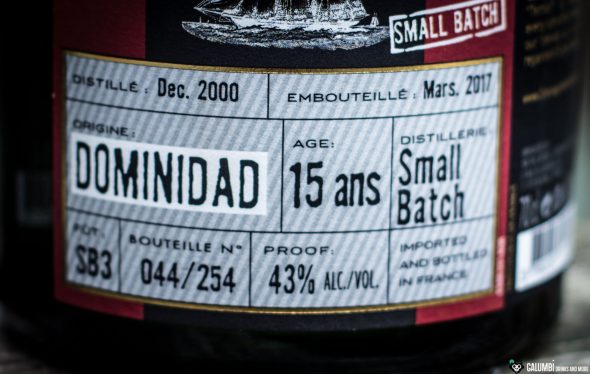 Aroma: There is a quite spicy first impression, which, however, is balanced and not overstraining. I can find notes of exotic fruits like passion fruit, pineapple and green banana with some cinnamon. Over time, the barrel aromas come through more and more: Oak wood, white pepper and a framing vanilla.

Taste: On the palate, the fruit components are a lot weaker, but all the more oak wood, spices and an interesting, undeniable light smoke come through. Again pepper, only minimal vanilla, but nutmeg, cinnamon and a hint of fennel. A very interesting, somehow also unexpected and delightful rum.

With so much blends and blending, I somehow wanted to take the whole thing a little further and see how both rums would harmonize with each other if they were married again and then used as the basis for a Caribbean drink. But I didn’t just want to chase some juicy Tiki drink through the shaker here, but dared to do some kind of Old Fashioned with a Tiki twist. It’s not much more than a blend of different Caribbean ingredients and flavors. In this respect, it is simply called “Caribbean Blend Old Fashioned”. 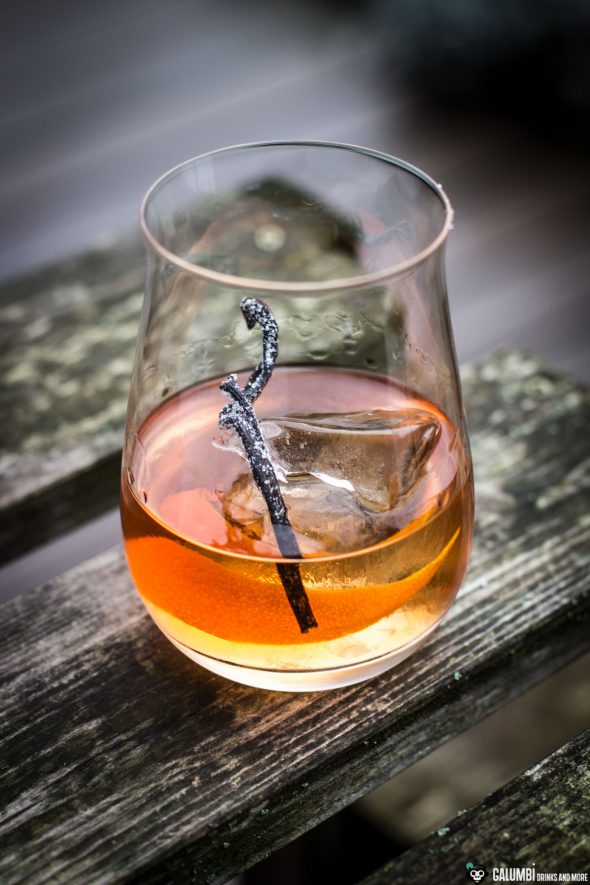 Preparation: Add all ingredients to a glass along with fresh ice cubes, stir for 15 seconds, ready. 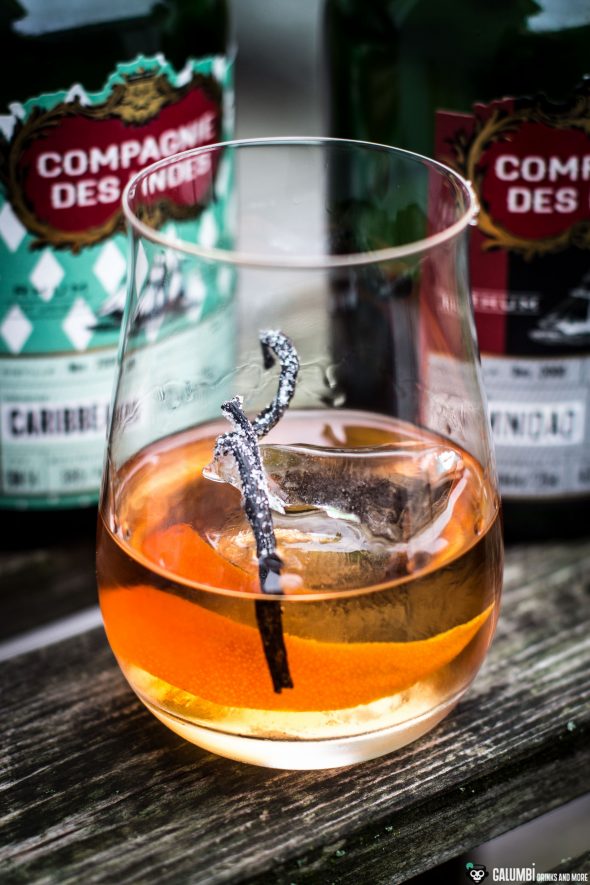 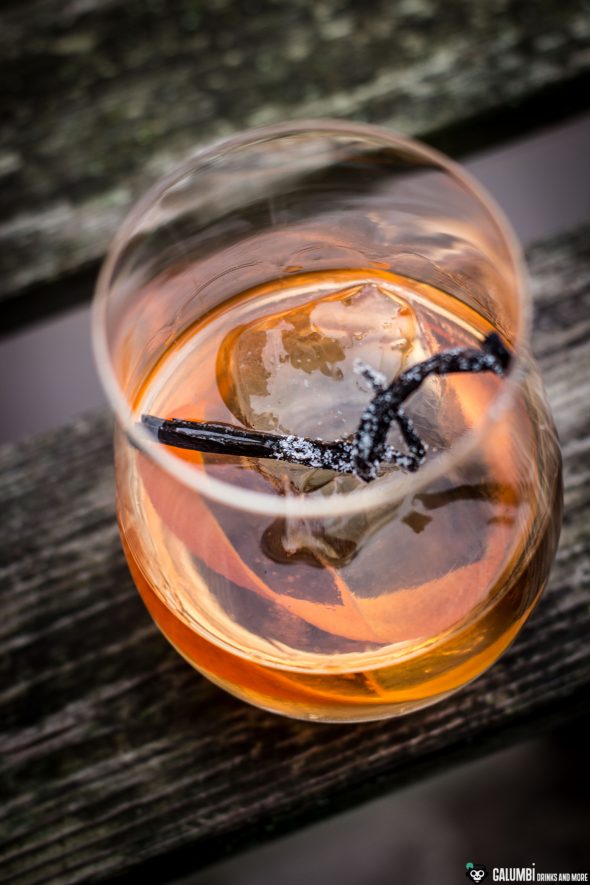 *The fact that these (already opened) products have been sent to me free of charge for editorial purposes does not – in any way – imply any influence on the content of this article or my rating. On the contrary, it is always an indispensable condition for me to be able to review without any external influence.