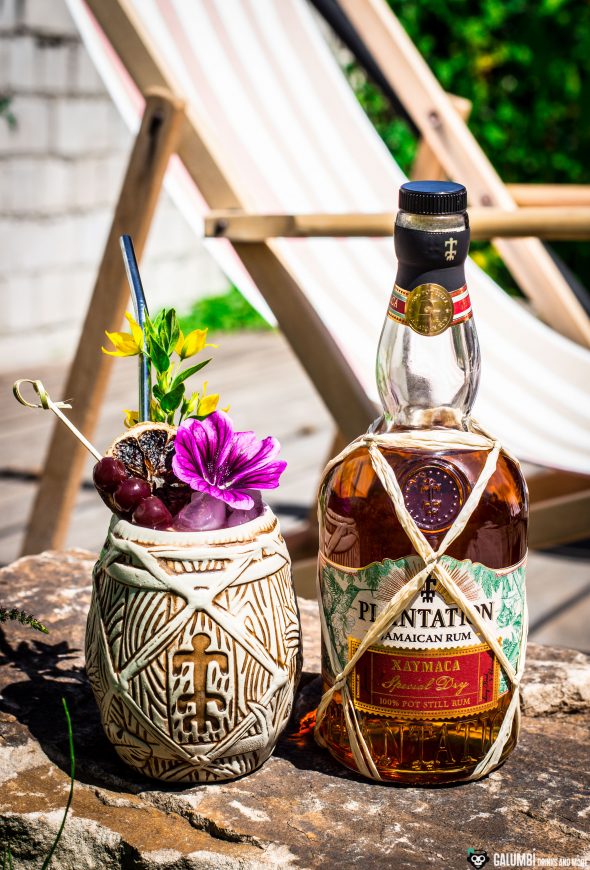 Comparing rum with whisky is basically a futile undertaking. Of course it is understandable that this is tried again and again, but in the end it really does not make sense. Just like the famous comparison of apples and oranges. Nevertheless, today I would like to try a small allegory from the whisky world to point out a special circumstance in the world of rum. (provided test product)*

Since whisky – and here especially Scotch single malt – was originally the distillate I first fell in love with, you might understand why I am writing these lines.

For every whisky drinker the Hebridean island of Islay is a very big name, from there (mostly) smoky (or even very smoky) whiskys enter the market, since their barley malt has been dried over peat fire. And anyone interested in Scottish whisky will also know that the degree of smoke content in whiskys has become a real cult among Islay whisky lovers. Some people also love to measure the proportions of cresol or phenol by referring to them using the unit “ppm” (parts per million) and sometimes there is a real competition about who produces the smokiest whisky. Especially the Octomore bottlings of the Bruichladdich distillery should be mentioned here. But why am I telling this in an article about a rum?

Well, basically because a development in the rum community increasingly reminds me of the whole brouhaha people make about smoky Islay whisky. There are many Jamaican rums on the market and I have already introduced some rums that come from the famous Caribbean island here on the blog. And even if it does not apply to all Jamaican rums, Jamaica is mainly known for its “High Ester Rums”, which are often described as “funky” or “hogo” (from the French “Haut Goût” for “high” or “intense flavor”). And if you look around in rum forums or on rum exchanges, you will notice that a similar fuss has developed around these high ester rums as it is the case with extremely smoky Islay whisky. Here, too, people discuss about the ester content of various rums (g/hL AA) and try to go for the “most estery” rum out there. Here, however, there are also differences between different distilleries and their style, effects of different pot stills, duration of fermentation, etc. I don’t want to write an extensive article about the Jamaican ester cult or the background here today, however, but rather review a rum. And I’m going to go exactly into that now. But if you are interested in more detailed knowledge about the subject, I can highly recommend this article on cocktailwonk.com.

The rum we are talking about today comes from the Plantation range and is called Xaymaca Special Dry. Xaymaca is the Arawakian name for the island of Jamaica and the addition of 100% Pot Still Rum reveals the direction Alexandre Gabriel thinks to with his new rum (and it also reveals why I chose my introduction for this article). The Xaymaca is supposed to be a “funky” or “hogo” rum (and one with a dry character), to open up the legendary world of Jamaican ester rum flavors for the Plantation range as well. 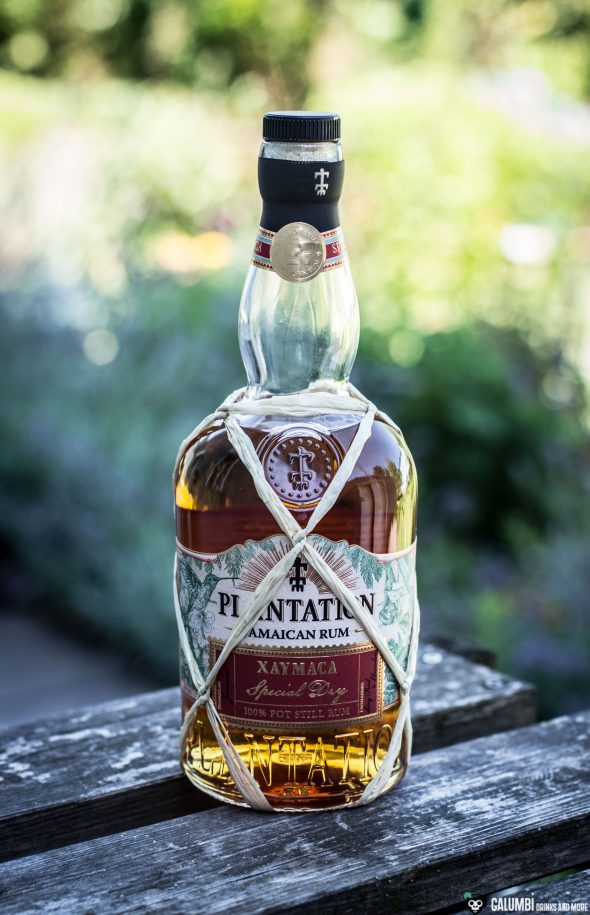 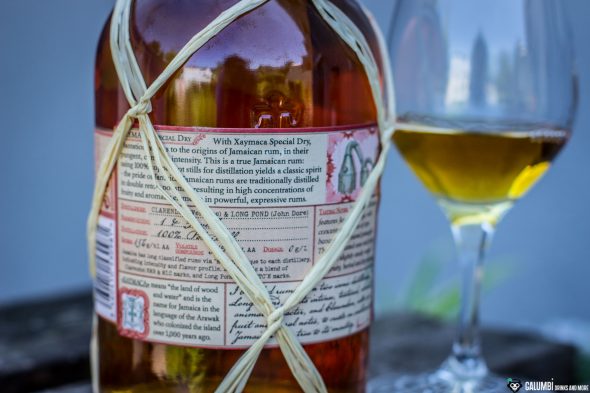 The Plantation Xaymaca Special Dry is a blend of rums from various Jamaican distilleries, namely the Clarendon and Long Pond Distillery. The duration of the barrel storage is not exactly defined, but it lies between one and three years in Jamaica and – as it is usual with Plantation – a subsequent one-year barrel storage in former cognac barrels. The manufacturer also informs that a small portion of 17-year-old Jamaican rum has been added. Another special feature is the fact that no “dosage” has been applied, as it is usually done with Plantation rums. Therefore, the rum does not contain any additional sugar.

Before I wrote this article, I also read some of the reviews already published on this rum, where it was stated on several occasions that the Plantation Xaymaca Special Dry, despite its core idea, is not as ester-heavy as many other funky Jamaicans are. However, maybe we’re just talking about a difference like the one between Bowmore and Laphroaig on Islay. Anyway, of course I want to see for myself: 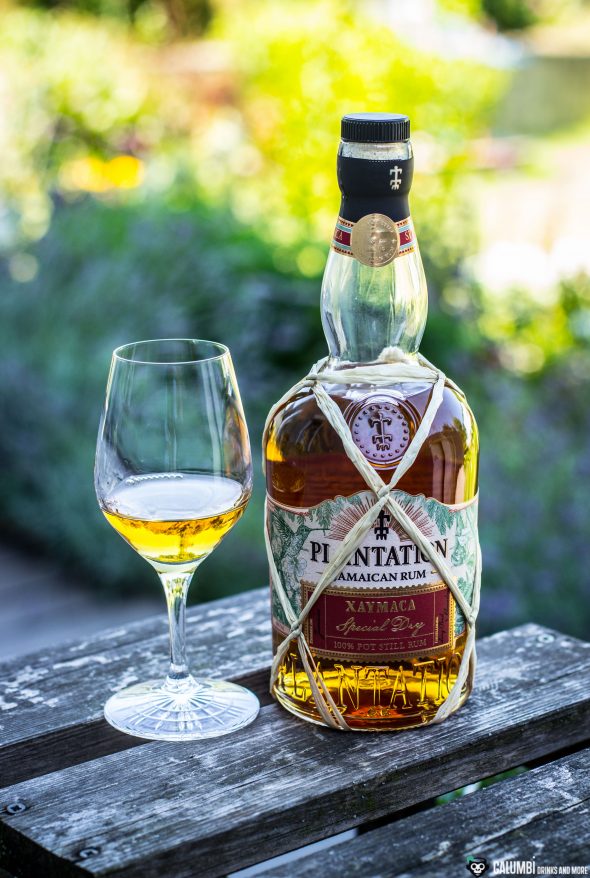 Aroma: On the nose, there is a very complex aroma: fruit tones are unmistakable but also quite intense; banana, pineapple, mango and peaches stand out here in particular, accompanied by fermented notes and a light smoke. It is certainly not the most intensive ester rum, but unmistakably a representative of this genre. Also Crème brûlée and a little oak come through, even if the rather young age becomes apparent here.

Taste: A very nice vanilla is framed by stone fruit, ripe bananas, an idea of cinnamon, baked apples, pears and peaches. I can also discover the pimento mentioned in the official tasting note, along with some honey bread and coconut blossom sugar. The alcohol is nicely integrated and, despite the lack of sweetening, the rum is by no means too edgy or spicy. Rather, its taste is indeed very dry, while remaining round and surprisingly well balanced.

Finish: long and dry with hints of pineapple bark.

The name “Special Dry” is well suited to this rum and against this background I decided on a drink whose inspiration was ultimately a conglomerate of various Tiki recipes, so that I come up with a completely unique name. It was important to me to emphasize the dry side of the rum and to do so I chose to accompany it aromatically with a little mature Rhum Agricole (to avoid drifting too much into the sweet area). A fruity, fresh aromatic experience with a certain sophistication: Te-Ohia Hemorere (I read this name in a forum on Polynesian mythology – it comes from Maori mythology and describes the transformation process of a god into a mortal and means something like “when the blood begins to flow through the body”). 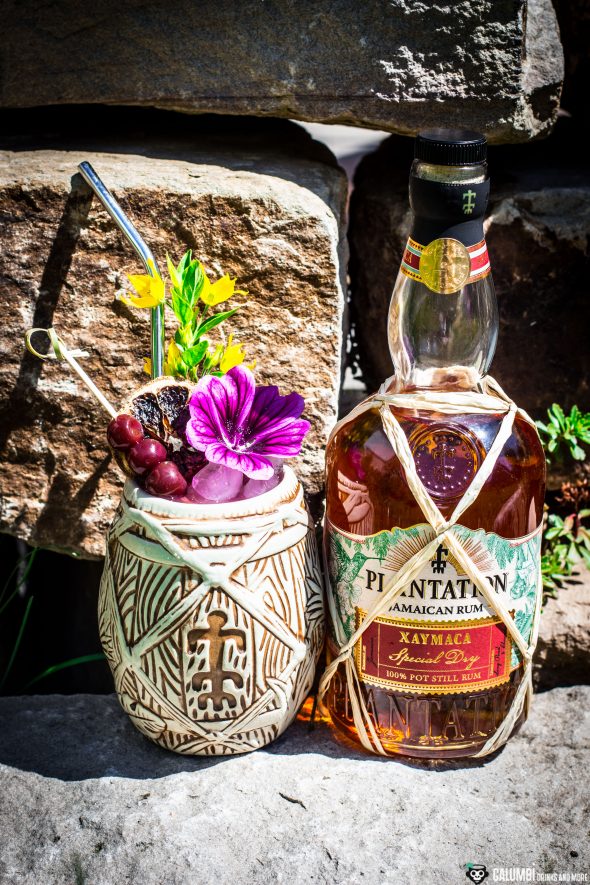 Preparation: Shake all ingredients vigorously on ice and strain into your Tiki mug filled with crushed ice. 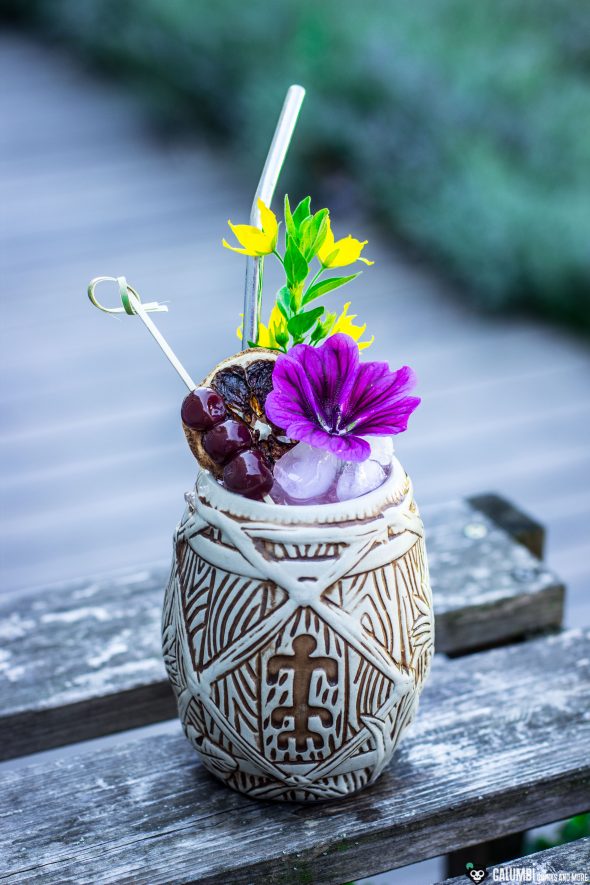 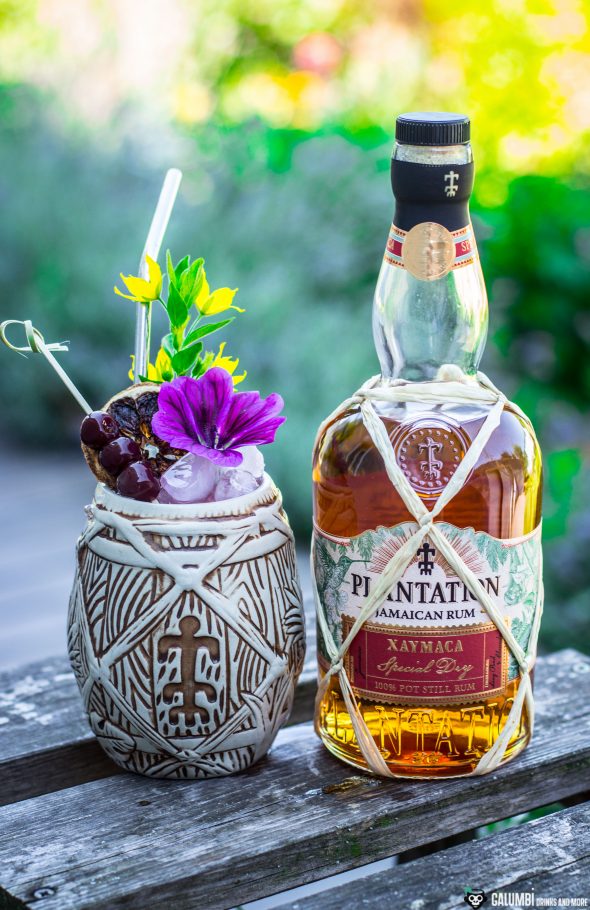