Again, its Tiki time here in the blog – this time even cracking a corny joke: because what could be a better drink at Easter than a cocktail from the Easter Island? Well? Ok, excuse that one. Of course, today’s drink is not really from the Easter Island, but still it is in contact with that place. At least in the realm of imagination. And between all the chocolate and the heavy Easter meals, it even offers some real refreshment.

However, the cocktail comes from a place that is quite notorious in the retrospective: the Polynesian restaurant Aku Aku at the Stardust Hotel in Las Vegas. It was designed in the early 1960s by none other than Ernest Raymond Beaumont Gantt aka Don The Beachcomber himself, but on behalf of the two Mobsters Morris Barney (called “Moe”) Dalitz and Sam A. Tucker, which played a key role in the mafia entanglements of the Stardust Hotel during the 1960s and 1970s. Personally, I was even able to visit the Stardust when I was a child, but by now, it has been closed and demolished.

Anyway, I got to know the recipe for the Aku-Aku Gold Cup through “Beachbum” Berry’s book “Sippin ‘Safari”. In an earlier version, the drink consisted of lemon juice, sugar syrup, Jamaican rum, Puerto Rican rum, almond flavor and the absinthe substitute “Herbsaint”. Later, the recipe was modified and the sugar syrup replaced with powdered sugar, while Falernum replaced almond flavor and Herbsaint. Nonetheless, I ventured to add a bar spoon of absinthe, simply because I think the drink wins a nice flavor aspect that way. Besides, it is very nice to have absinthe widely available in contrast to the time when this drink was originally created. Therefore, I’m just assuming that the people at the Aku Aku would not have objected to this compromise from both versions. By the way: Aku Aku is the title of a book by Thor Heyerdahl about the Easter Island (and actually refers to spirit entities in the mythology of the Rapanui people). 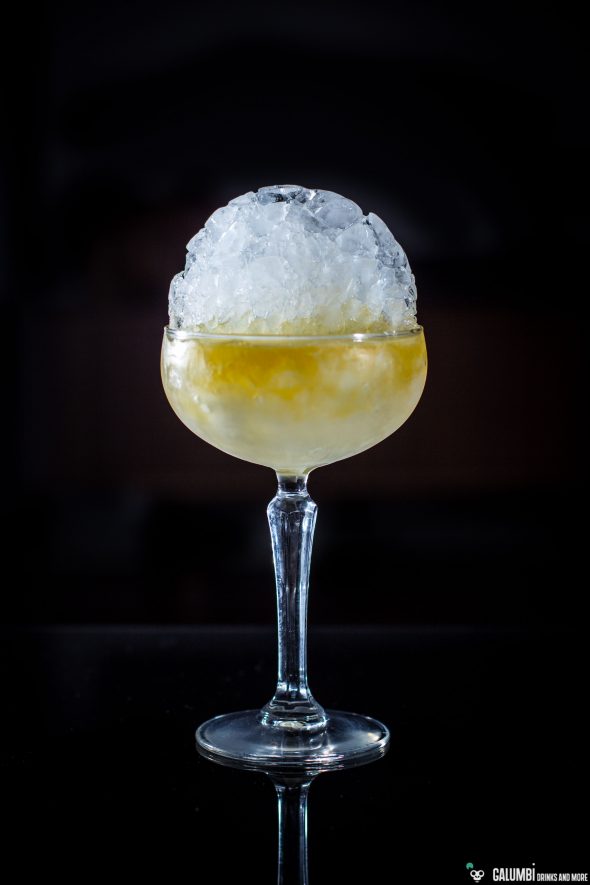 The really striking and special thing about this cocktail is the very unusual decoration. Basically, it is supposed to represent a Peineta (“Spanish Comb”), which is a kind of ornamental comb used as part of traditional female pinned up-dos. For the sake of simplicity, you can also call it a shell of shaved ice. Making this decoration, however, is not that easy (see below). 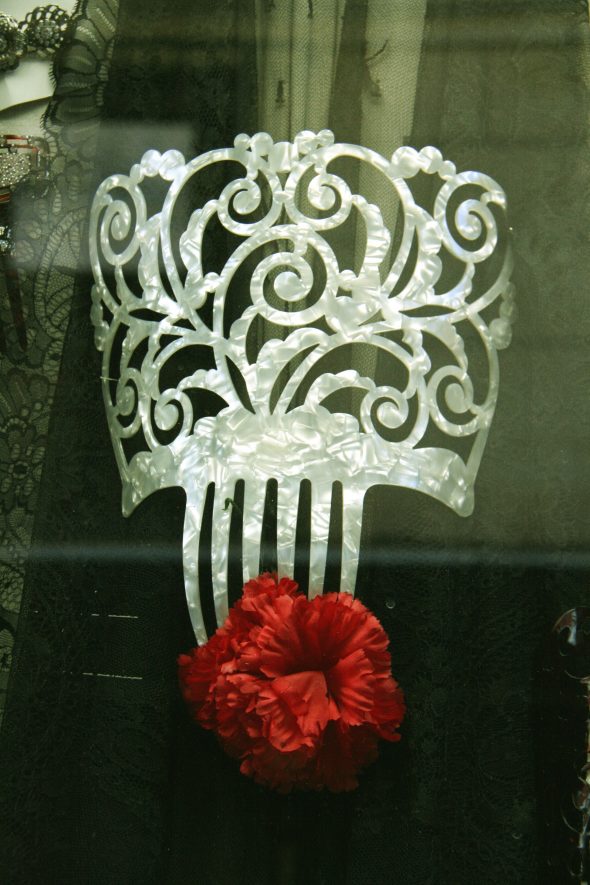 Preparation: Dissolve icing sugar in lemon juice, add together with remaining ingredients in a shaker and shake vigorously on ice. Strain into the glass with the “Spanish Comb” (see below).

Garnish: “Spanish-Comb” ice shell (To make this one you will need a little preparation and skill. Originally, it is made of shaved ice, but since I do not have an ice-shaving machine, I used finely crushed ice instead. Add and gently press crushed ice inside the coupette glass to form one side of the shell and let it freeze in the freezer until it becomes solid. After a few hours, remove the glass from the freezer and gently rinse some hot water over the outside of the glass to loosen the now-solid first half of your ice shell. Move the shell to one side of the glass, so it turns upright. Now again add some crushed ice into the glass to stabilize the position of your first half. Freeze again for a few hours until solid. You now have a class containing an opened ice shell / “Spanish Comb”.) 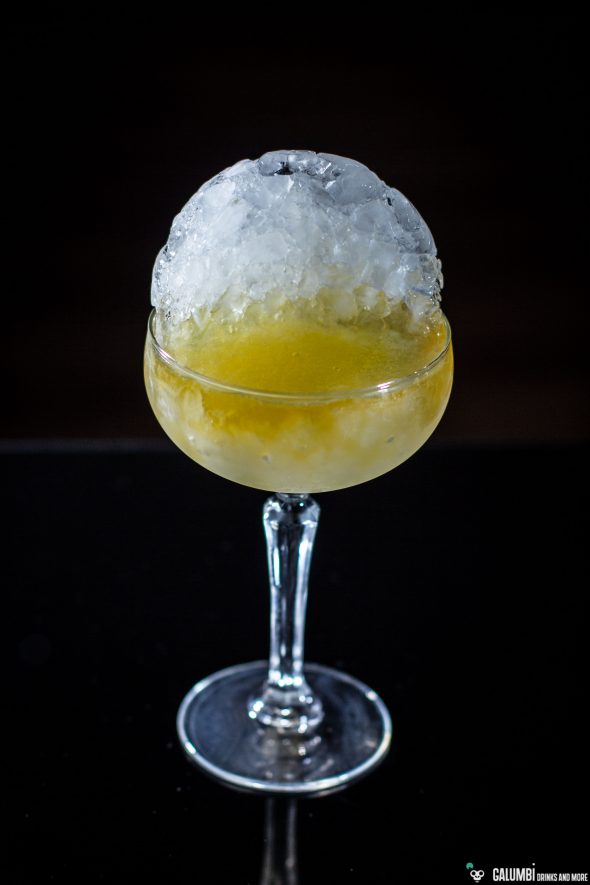