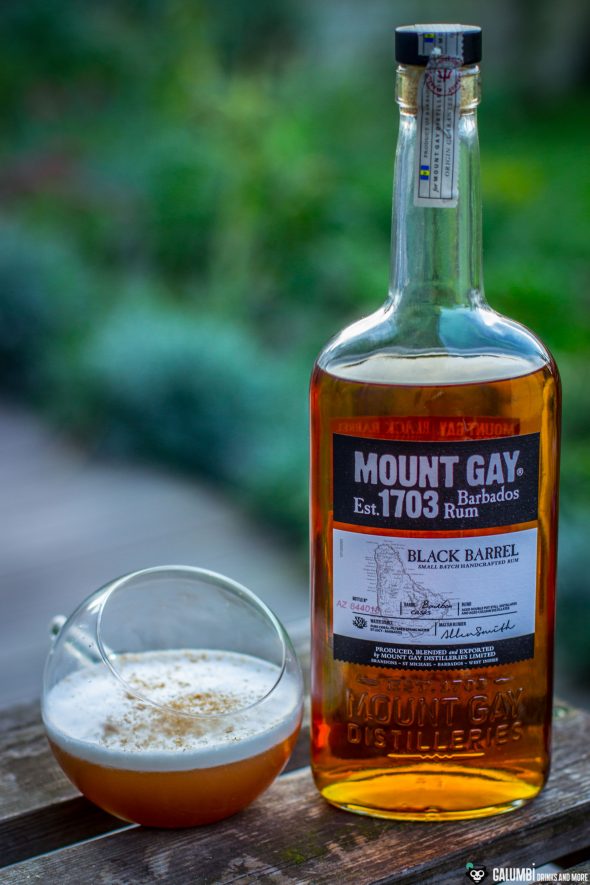 After several articles with a clearly Japanese impact (there are also more to follow), I did also review a very interesting rum a few days ago and additionally introduced the Persephone cocktail. Well, today I would also like to write about rum again, about a rum from a historically very important distillery to be precise. (provided test product*) 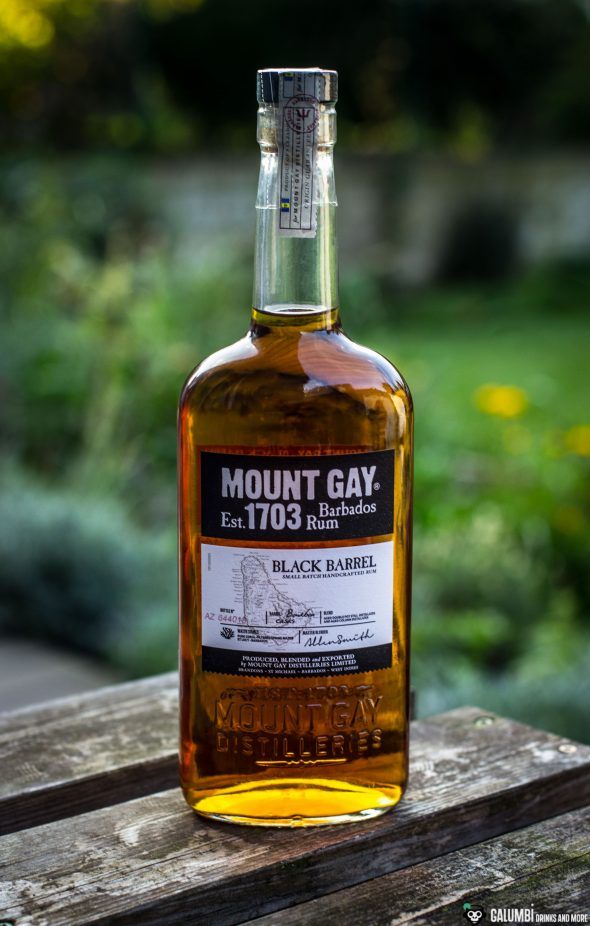 I’m talking about the Mount Gay distillery from the small Antilles island of Barbados. The historically significant element I was talking about catches the eye immediately after you take a first look at the label of today’s bottle: “Est. 1703” and it is almost like you can feel the pride of the people behind it. This year is considered to be the starting moment of rum production at Mount Gay and it produces rum ever since. There are even sources claiming that Mount Gay has been established in the year 1663, but this cannot be proved. And since the year 1703 still marks the world’s oldest, continually-producing rum distillery, there is no need to adorn oneself with an uncertain founding year. In the north of the island of Barbados, the Mount Gay is located, near St. Lucy, which is also home to the sugar cane cultivation area of ​​Mount Gay rums. Hence the name. And even though the Spaniards had already been active with the production of their rum precursor Aguardiente de Cana and also in Brazil sugar cane was used for distillation before that time, the oldest documented use of the word rum or “Rumbullion” (the English dialect term for turmoil the word rum is derived from) goes back to the year 1651 – on the island of Barbados! Barbados is therefore historically extremely significant for the production of rum and also for the English style with its pot still characteristic in particular, even though the Barbados rums commonly belong to the “Bajan style” (named after the Bajan creole language of Barbados), a somewhat lighter subcategory, which is characterized by a combination of pot still and column still rums. And this is also practiced in the Mount Gay Distillery. 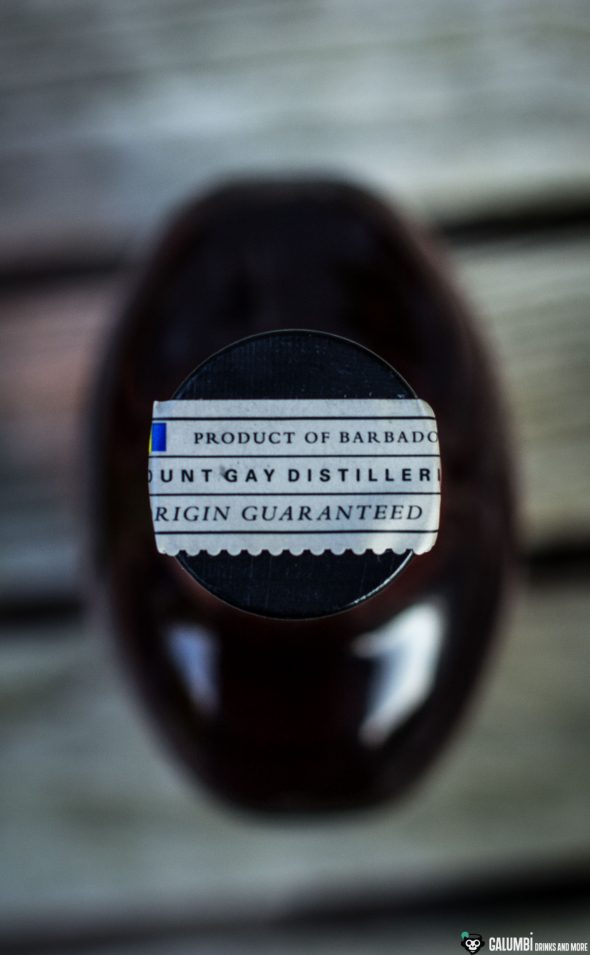 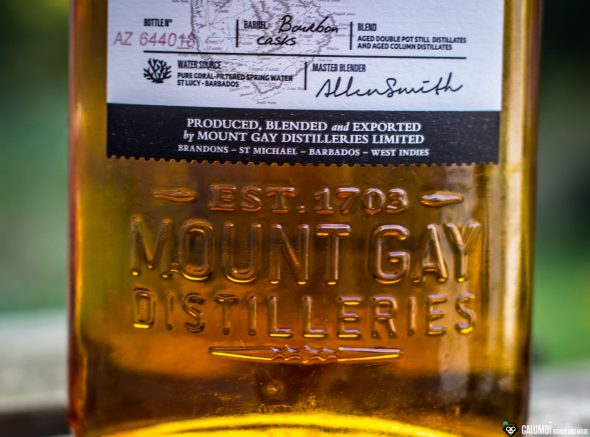 The specific Mount Gay Rum which I would like to review here today, is the Mount Gay Black Barrel Rum. This Rum was launched in 2013 on the occasion of the 310th anniversary of the distillery. As already mentioned, it is a blend of once distilled column still rums and twice distilled pot still rums. This rum was now allowed to maturate for an unspecified period in very heavily charred oak barrels that formerly contained bourbon whiskey (the “Black Barrels”). The rum is then diluted prior to the bottling with coral filtered spring water (at this point I’d like to politely greet the people at the Mount Gay marketing department) and finally reaches an ABV of 43%. I like the bottle very much, it is not too pretentious, looks good and allows to see what is inside. The Mount Gay Black Barrel is not colored and not sweetened, which is an absolute plus! 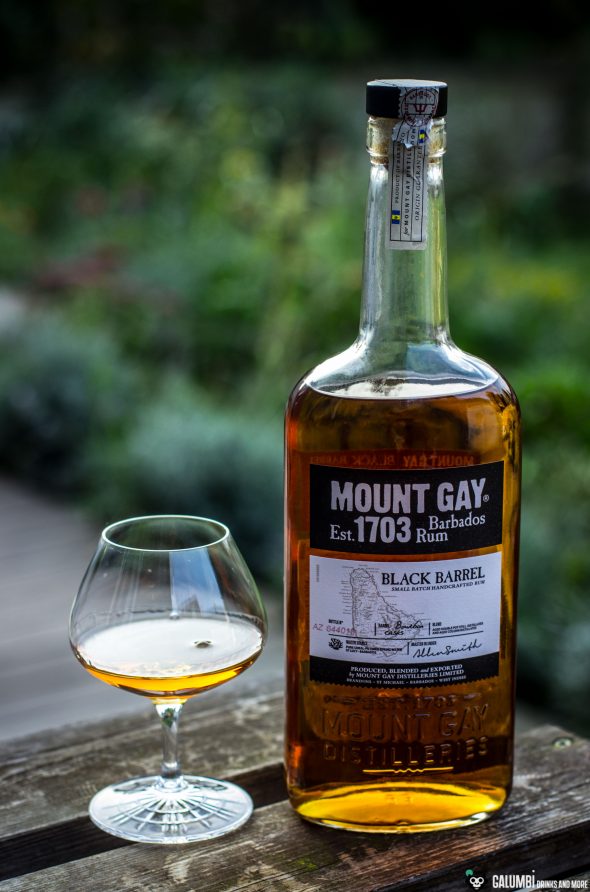 Aroma: The nose reveals a beautiful, spicy Barbados rum, but in comparison to very intense Jamaicans you will recognizes the balanced undertones. The oak from the freshly charred barrels is unmistakably in the foreground, bringing with it spices such as cinnamon, cloves and some nutmeg; but above all there is a nice vanilla. Sweet cane notes and also roasted aromas can be found.

Taste: On the palate you can notice a certain, impetuous youth which is part of this rum. Thus it appears rather straightforward with a considerable verve of oak and spices. Again, a nice vanilla is noticeable, which reminds a little of Bourbon. There is also some caramel and also a very subtle smoke in this rum. A nice and honest rum with a certain youthfulness that I really like!

Finish: long with a lot of oak

It may be a little because of the current weather, but rarely any rum has reminded me more of the autumn season. Not that it is only suitable for this time of the year (autumn in Barbados is slightly different from what I associate with that season), but its characteristics somehow fit quite well into this time. To pick up this association in a cocktail, I decided to create an autumn twist on a Rum Sour. The drink is called Liquid Brown and the ingredients list speaks for itself. 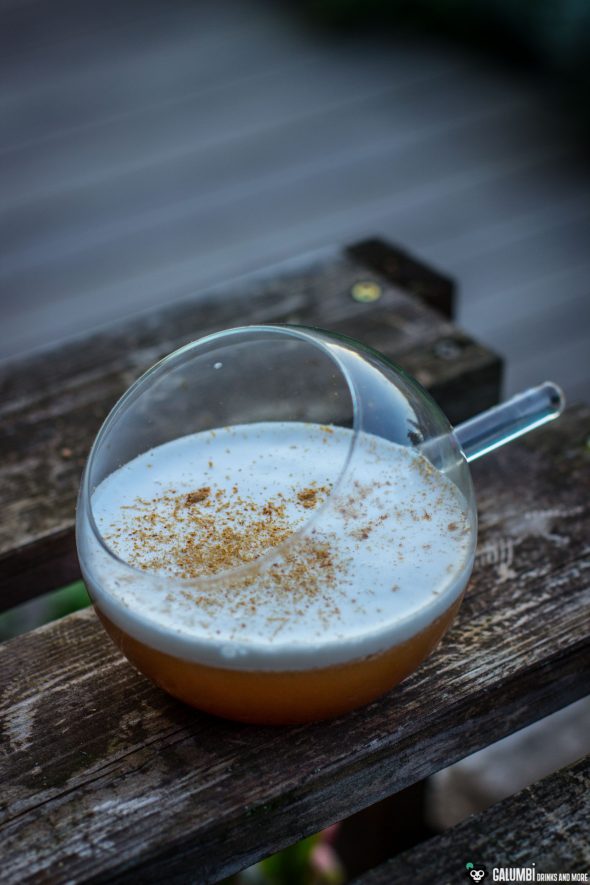 Preparation: First, do a “dry shake” without any ice. Then shake vigorously with ice cubes (for about 20 seconds) and strain into your pre-chilled glass.

Glass: Tumbler (I have opted for the Revolution glass by Jakobsendesign) 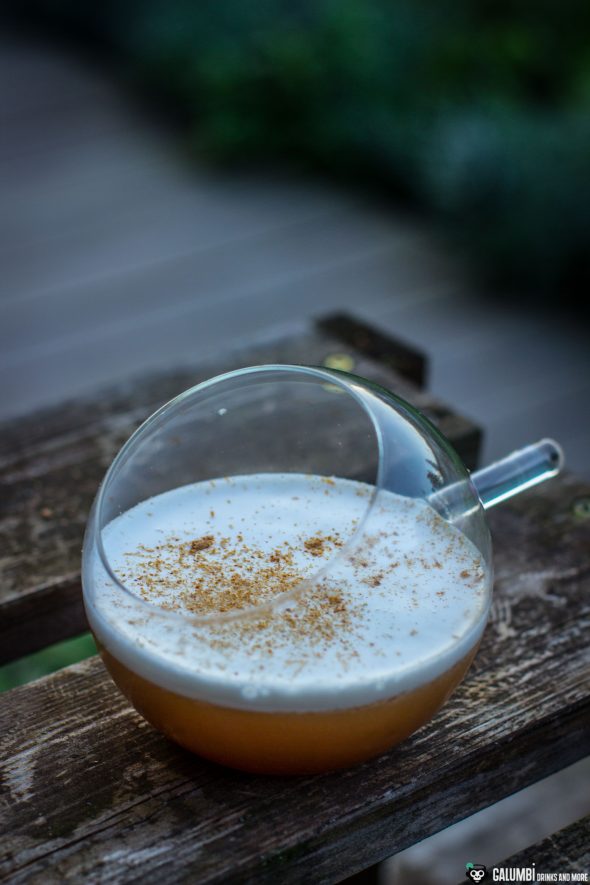