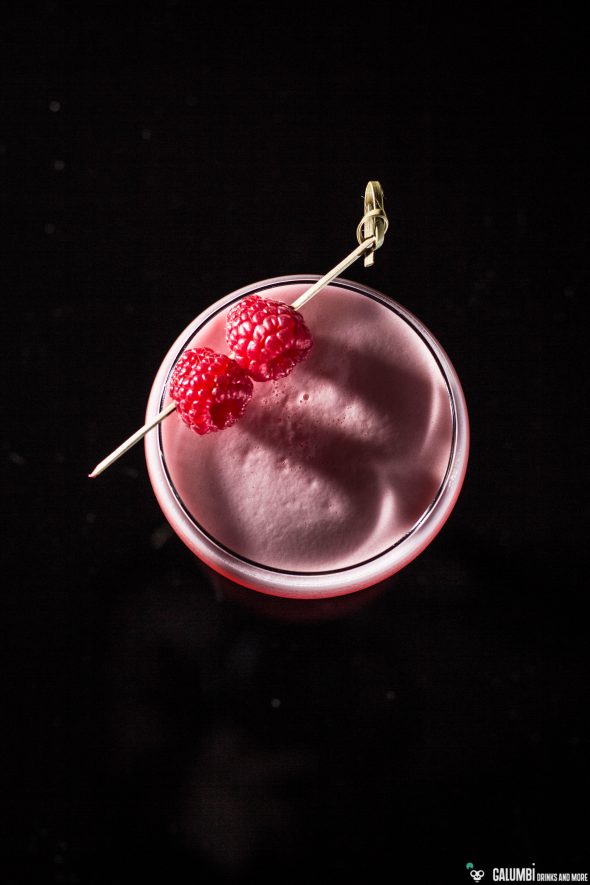 It was back in the year of 2013 when the German Mixology magazine titled “Pink drinks for gentlemen” in an article (only in German language) about today’s cocktail. And while I usually refuse categorizations such as “women’s” or “men’s cocktails” in my articles, I must admit that this headline was not chosen without reason when it comes to the Clover Club Cocktail. The cocktail itself is nonetheless an extraordinary good drink that can be made even better with a small trick.

But once again back to the subject of “men’s drinks”. In fact, I have to admit that sometimes some male consumers have very concrete ideas about their public image while enjoying a cocktail. This is certainly even truer when sitting at a public place such as a bar where a lot of guys want to demonstrate they are real men. So it does not come as a surprise that I myself have experienced moments in my own circle of acquaintances where some male specimen did not want to have a drink from a stemmed glass because they claimed those are a bit too filigree and pretentious for them. Against this background the Mixology article is quite right when they point out that many people with such an attitude probably do not realize that cocktails served “straight up” (without ice, usually in a martini or a coupette glass with a stem) usually belong to the stronger kind of drink. Whoever will think of a Martini as an attempt on his “masculinity” has certainly never had one of it. Well, and if a cocktail – like the Clover Club – also comes in pink color, then probably there is some extra explanation needed. 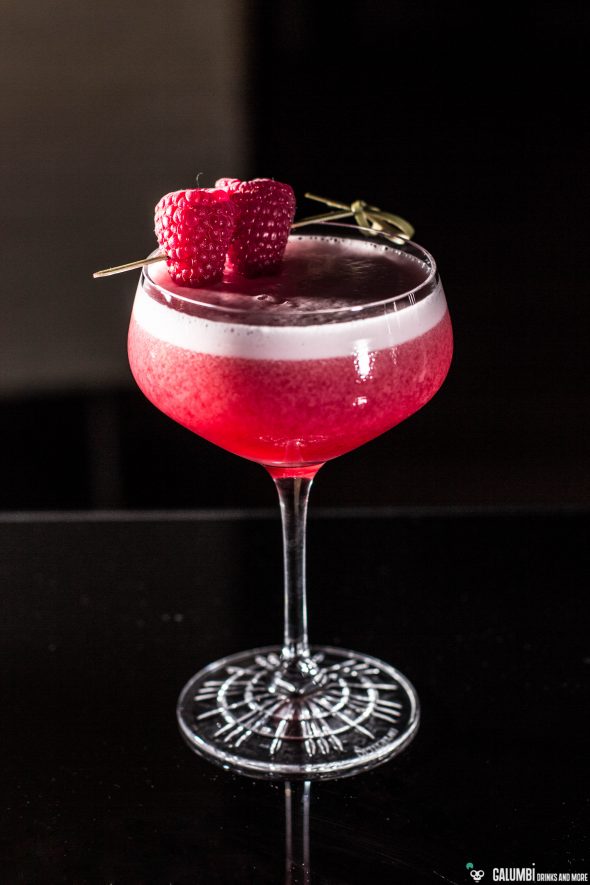 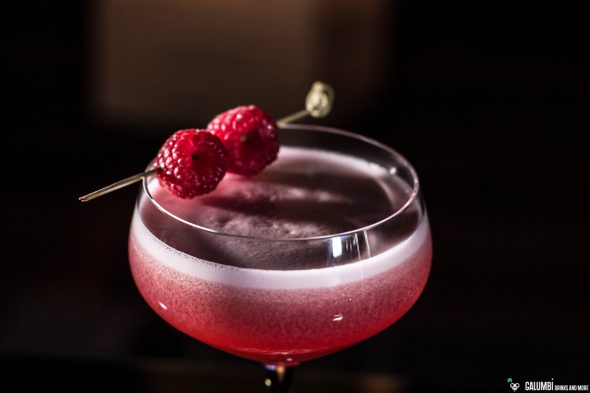 A good start to do so is the fact that the Clover Club is a cocktail created in honor of a men’s club of the same name in 1896 in Philadelphia (at this point I would be seriously interested in whether the color Pink was also considered effeminate at that time. Perhaps a reader with good knowledge of history and or sociology can tell me one day). The Clover Club is therefore a classic pre-prohibition cocktail. I guess a lot of people would not expect even that.

In terms of taste, the Clover Club is certainly a marvelous drink which is by no means too sweet or pretentious. A nice and beautiful gin (you can definitely opt for juniper-based gins, for example the Cotswolds Gin) combines nicely with the sour and fruity raspberry notes to create a very subtle aroma which is then underlined by the frothy egg white component. Different historical recipes call either for raspberry syrup or for grenadine. I’m using homemade raspberry syrup. However, as a small trick I am also using some fresh raspberries and – that’s the real deal – also 2 cl of raspberry spirit (eau de vie). Today I’ve chosen the wonderful raspberry spirit from the Sauerländer Edelbrennerei which I liked very much. If that is too much raspberry for you, you can, of course, alter the the proportions a little bit and find your own favorite Clover Club. But in my opinion that slight increase of raspberry does not hurt the drink. On the contrary, it makes it a real experience of flavors – even for the badasses (at least I hope so). 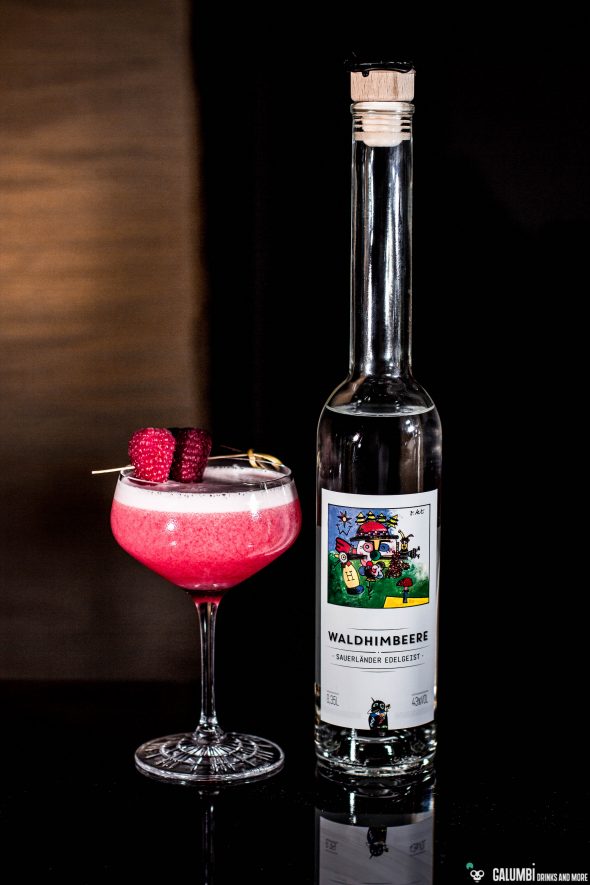 Preparation: First add gin and raspberries into a shaker and crush the raspberries with the muddler. Add remaining ingredients and do a dry shake without any ice first. Then add ice cubes and shake again vigorously, finally double-strain into your pre-chilled glass.

Garnish: one or two raspberries 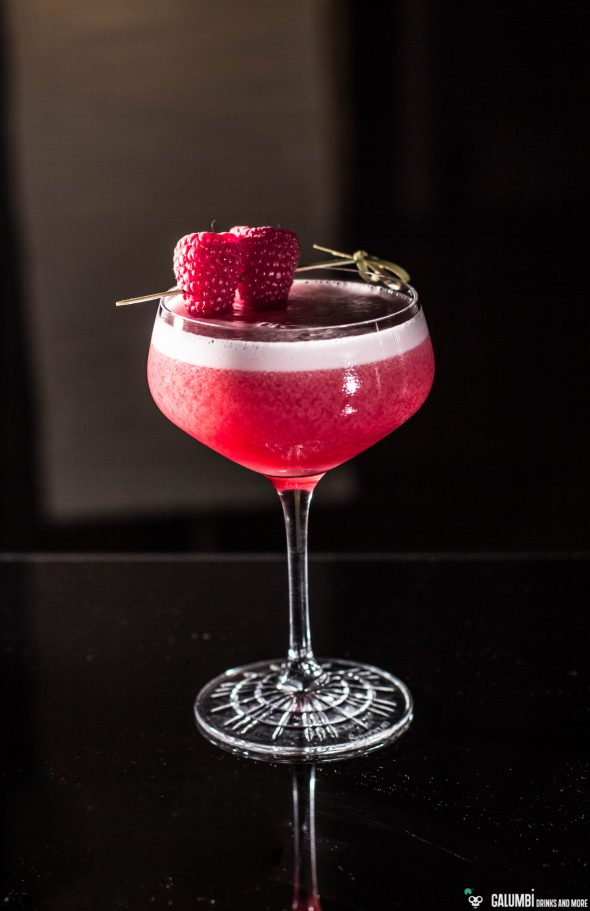 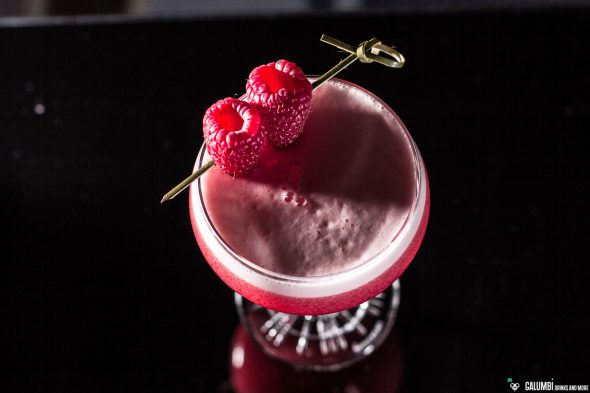 Buying sources: For certain gins or the raspberry spirit of the Sauerländer Edelbrennerei you may have to visit a specialized retailer or to order it online. Alternatives can of course be found – just like the rest of the ingredients – in well-stocked supermarkets.

One thought on “Clover Club”