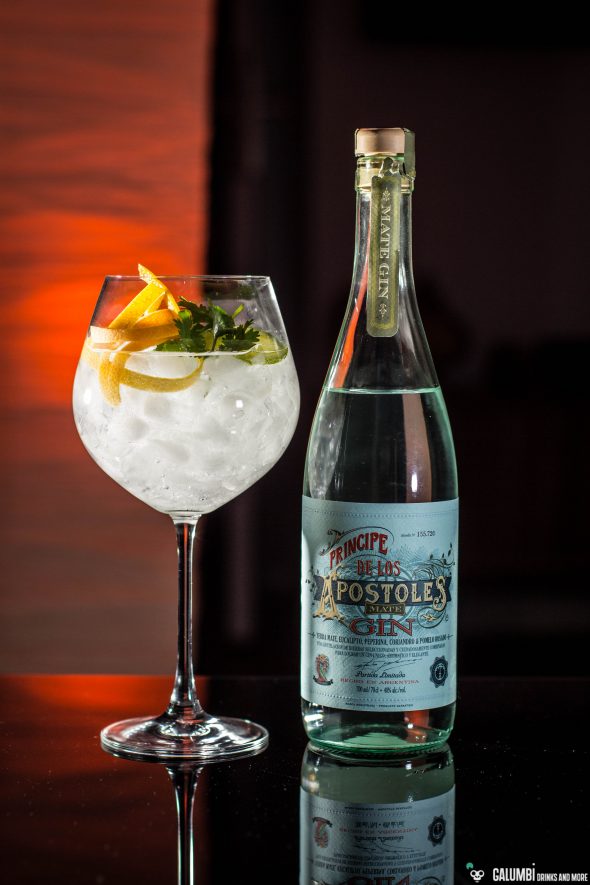 Not only in Spain but actually in almost the entire Spanish-speaking world the Gin & Tonic is perhaps the trend drink in bars and clubs. Although “trend” is not the right word anymore, rather the Gin & Tonic has become a real institution in these countries and is even more popular than you might think. I also encountered the presentation in a wine glass or the special “Copa Balon” with the addition of various herbs and citrus peels for the first time in a Spanish hotel. So it is no wonder that more and more new gin creations have recently also emerged from South America. (Provided test product)

As you might have noticed I have also presented two South American gins here in the past: on the one hand the Amazonian Gin and also the GIN’CA Gin, which both turned out quite exotic but I definitely liked both of them. But today’s bottle will lift the exotic flair on a completely new level as I will describe in this article. I actually did not anticipate the flavor profile of this gin and I have not had a gin like this in my glass before. But first of all let’s have a closer look on the background or the basic idea behind this bottle.

The gin listens to the very sound name Príncipe de los Apóstoles Mate Gin and comes from Argentina. It is distilled in the Argentinian highlands, in the Destillería Sol de los Andes S.A. which lies close to the city of Mendoza, not so far away from the Chilean border. As you will have noticed, this gin is based, among other things, on a very specific botanical, which is also quite important for the concept of the gin: Mate. Anyone who has ever been to South America and especially to Argentina will know the importance of Mate (or “Yerba”) in everyday culture. The particularly bitter and herbal tea enjoys a great popularity and definitely beats coffee to second place. It is true that some Mate soft drinks also feature this taste (or at least a similar one), but they cannot be compared to a real mate tea, since the soft drink is much sweeter. And here opinions start to differ: some people love Mate (tea and/or soft drink), some people hate it. So you have to know what you’re getting into. In addition to Mate, other botanicals are also used in the Príncipe de los Apóstoles Mate Gin: juniper (surprise), eucalyptus, peperina (a kind of Argentinian mint), pink grapefruit peels and coriander seeds. The intention of the manufacturers was to produce a particularly fresh and aromatic Gin and indeed they have succeeded in a way that I did not expect. The bottle is also a real eye-catcher. An unusual shape is paired with a nice label design. The Príncipe de los Apóstoles Mate Gin is bottled ath 40% ABV. On the German market it is available since the beginning of 2017. 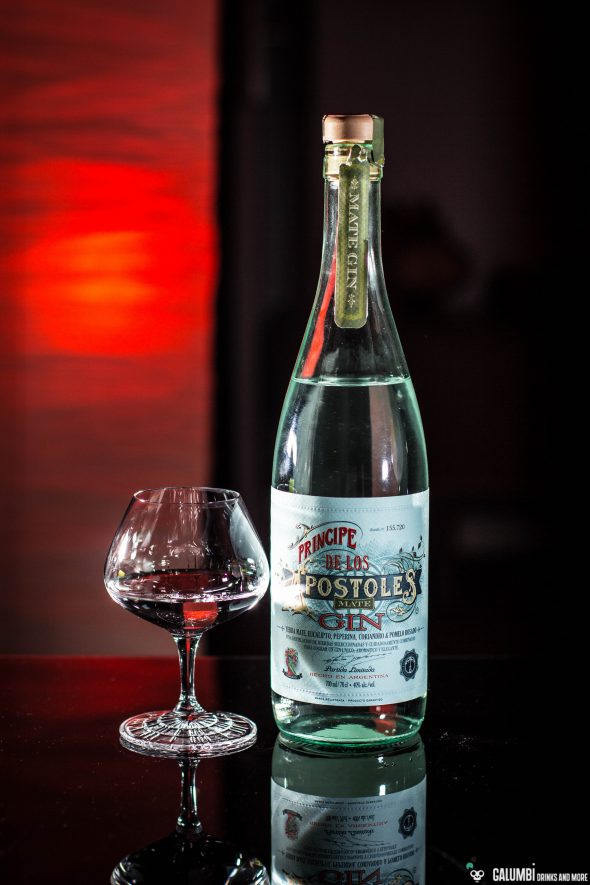 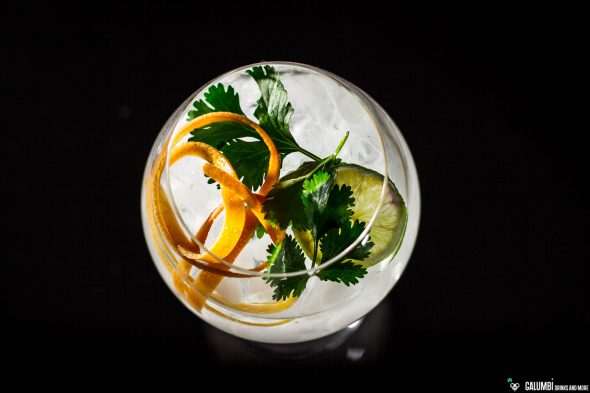 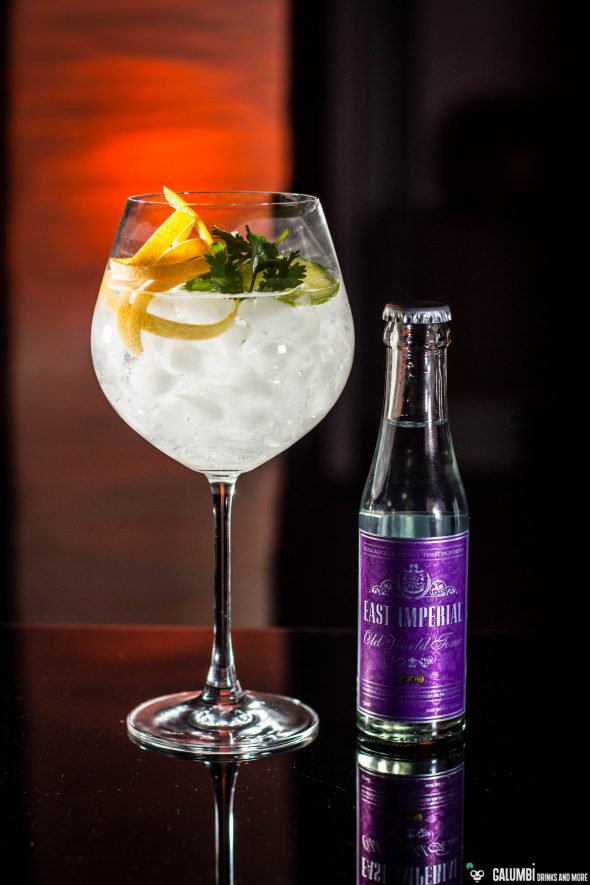 But before I will present you my tasting notes, let me inform you about the man behind the original idea for the Príncipe de los Apóstoles Mate Gin. It goes back to an idea of ​​the famous Argentinian bartender Renato “Tato” Giovannoni. According to the manufacturer he has worked for more than two years on the final recipe. He also decided to name his Gin after the first plantation for Mate in Argentina: the city of Apostoles. So here is the Príncipe de los Apóstoles Mate Gin.

I was really curious about how Mate would work in a gin. However, at this point I also have to admit that I belong to the people who like Mate (both the real mate tea and the lemonade). For those of you who primarily think of the soft drink and do not like it, I can still give an all-clear signal: The gin does not really taste primarily like Mate, so it still deserves a chance.

Flavor: Immediately it becomes clear: this gin is something completely different. Anyone who expects the classical tone of a gin, be it a rather strong citrus-flavored New Western Dry Gin or a classic juniper gin, will definitely be surprised a lot. The Príncipe de los Apóstoles Mate Gin comes with such an intense eucalyptus note that I first had to think of eucalyptus candy or a corresponding tea. Only after some time do subtle juniper tones appear which are accompanied by a fruity freshness. A touch of Mate also shows up, but it is not so overpowering that it must frighten those who don’t like Mate. Rather it beautifully harmonizes with the citrus tones of the grapefruit. It’s an impressive gin! Particularly critical minds will perhaps ask whether this gin is too much beyond the boundaries of its kind and therefor no real gin anymore, but I am really awed by what is in my glass!

Taste: The eucalyptus can also not be denied on the palate but it is not as intense as on the nose. Instead it quickly leaves the field to other flavors: Again, I can taste the grapefruit, juniper, also some coriander freshness is noticeable. The aroma of Mate remains very subtle, but I like it very much. 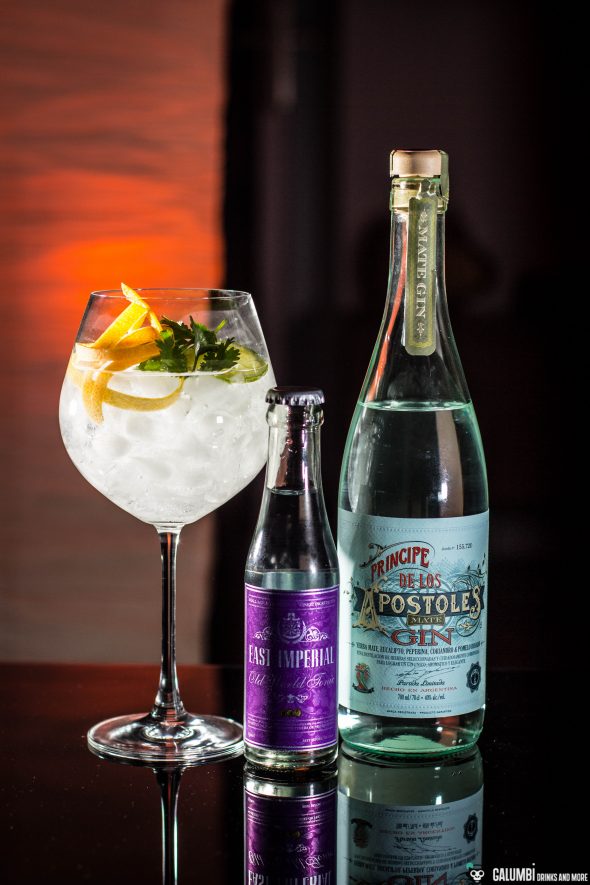 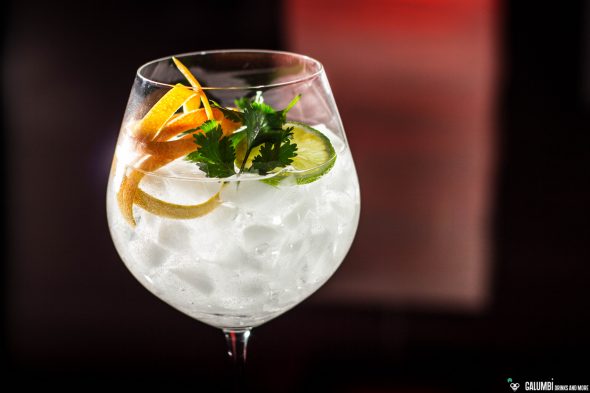 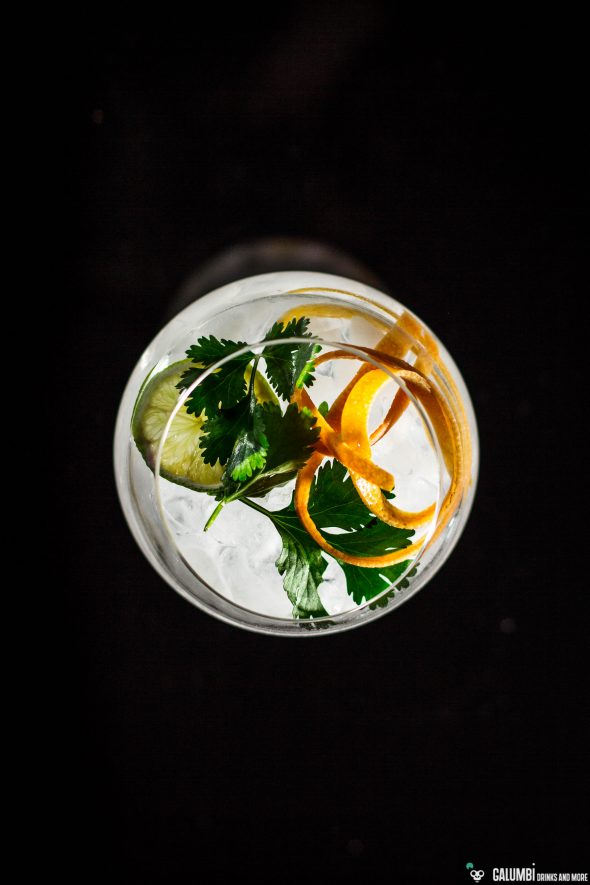 I immediately knew: to combine this gin with a Tonic Water would be a different challenge than usual. You have to adopt to the fact that you’re dealing with a very unusual gin in your glass and accordingly choose a proper Tonic Water. I wanted to contrast the very strong and fresh eucalyptus note with a tangy and fresh tonic, which, however, is not too dominant on its own. In addition, I wanted to serve the G&T in a way honoring the Spanish style: in a wineglass or “copa balon” and with plenty of flavoring fruits and herbs. That is why I finally opted for a tonic that leaves enough room for all these influences and is nonetheless a quality choice: The wonderful East Imperial Old World Tonic, which is created to resemble the original Tonic Waters at the turn of the century. I have garnished respectively flavored the Gin & Tonic with some fresh Coriander, Grapefruit zests and a lime slice. 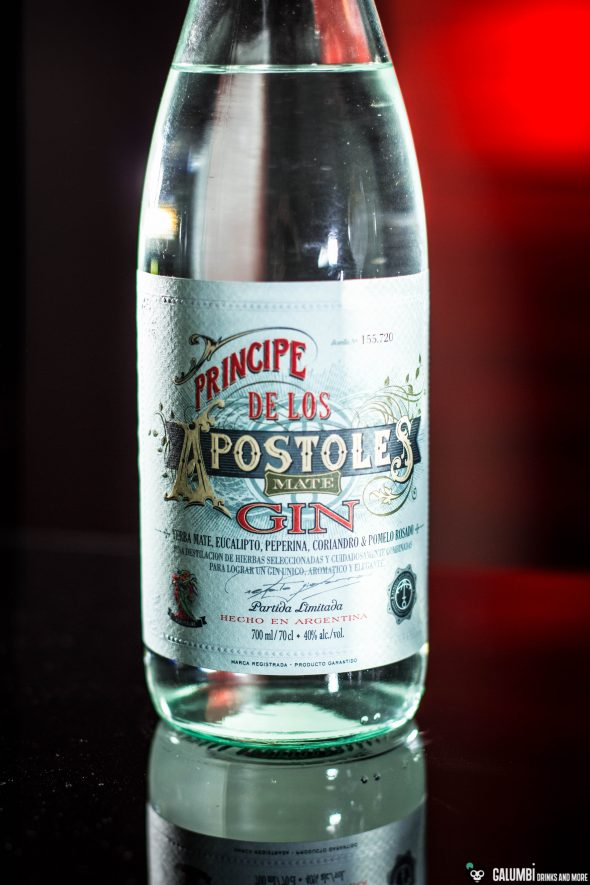 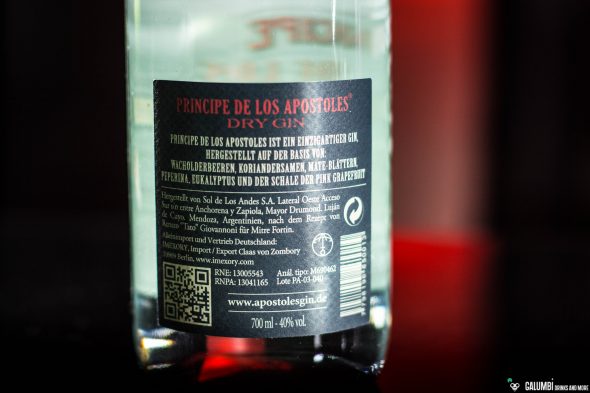 Buying sources: At the moment the only source for ordering this gin online (in Germany) is the importer himself (Imexory).