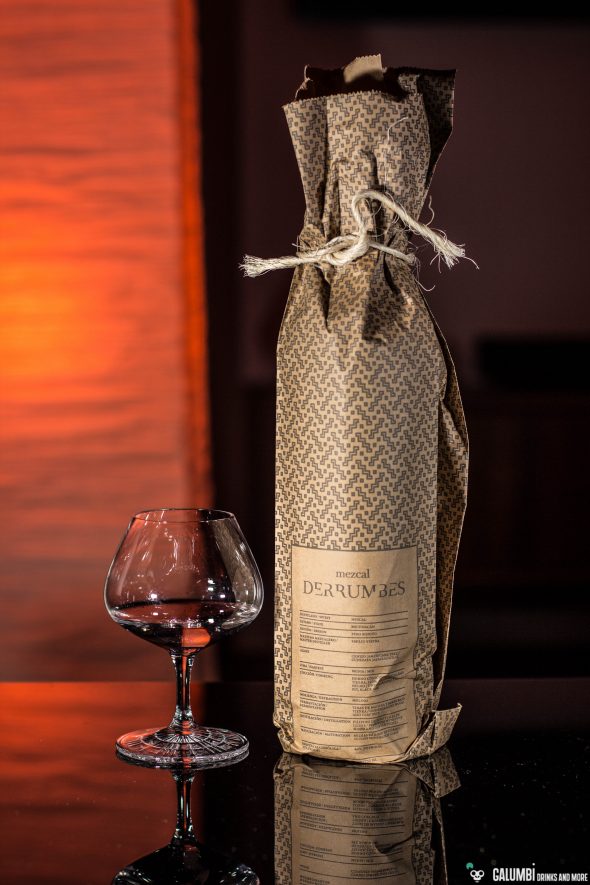 I have been looking forward to writing about this bottle for a while and I was very excited how it would perform in the tasting. It is once again an article about a mezcal, although it is a mezcal which has one or the other special feature and definitely promises a lot of quality. And by the way it offers a really eye-catching and very beautiful design. (provided test product)

But before you start thinking that my judgement is primarily based on marketing tricks, I will start off with a few other and much more important details. A good start would be for example the name of the product, which I am going to review here today: The mezcal listens to the sound name “Derrumbes Michoacan Mezcal”. Anyone who has read my blog extraordinary carefully will probably be a little familiar with that name. The reason for this is that I have already presented this bottle in the context of my article on licorice and spirits, where I suggested it as a suitable spirit to accompany salty licorice with chili and cranberries. But the actual background information about this mezcal is still pending and so today I would like to change that.

First of all, what is quite special about this particular mezcal is it’s indication of origin: “Michoacan”. It is an indication of origin that you’re not able to find since a very long time because the federal state in western central Mexico has only recently (in 2012 to be precise) been officially awarded the state license to sell mezcal. As I have already described in my article on the Miel de Tierra Mezcals, only certain states have the state licenses for the mezcal production. And although there have been more and more contenders for these licenses since the beginning of the international mezcal boom, it takes a while before the administrative and political barriers for such a license are overcome. The state of Michoacan has succeeded in this. Now you should not, of course, assume that Michoacan is producing mezcal only since 2012. Michoacan can look back on a deeply rooted history of traditional mezcal production which is strongly linked to the numerous villages, but before 2012 those mezcals could not be officially designated as mezcal. A special feature of Michoacan is the large amount of wooden stills that are used for distillation (and which usually need rebuilding after a year). Further information and for example pictures of these stills can be found in this very detailed and recommendable article. 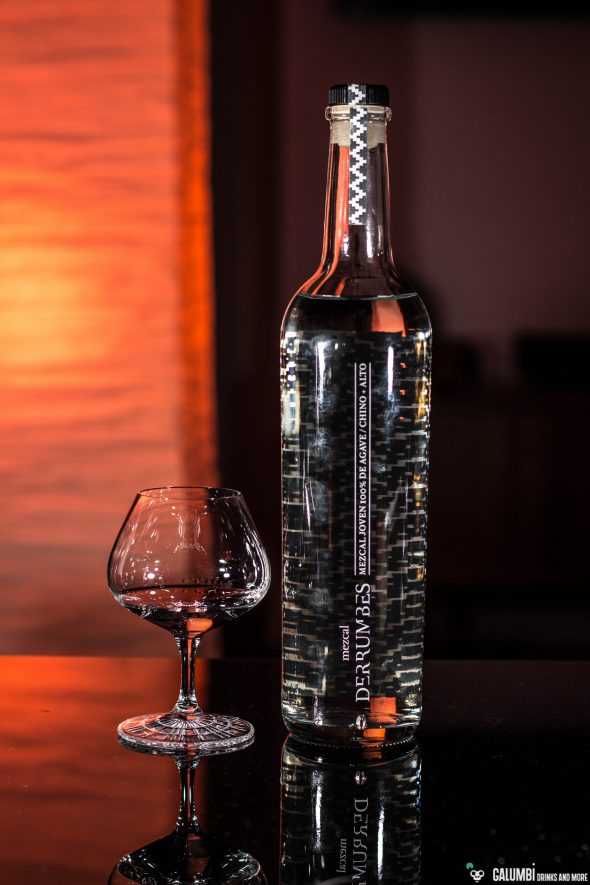 Derrumbes Mezcal is produced by Javier Mateo, a distiller in the third generation, although he is not restricted to one state. Instead he also produces an Oaxaca Mezcal and a San Luis Potosi Mezcal as part of his Derrumbes series. The aim of such a broad product range is the clear presentation of the influences of different types of agaves or terroirs. For the Derrumbes Michoacan Mezcal, the agave varieties “Cupreata” and “Cenizo” were used, which are responsible for a fruity and on the other hand more herbaceous influences. After cooking in underground stone ovens, the mash is fermented in a pine wood tank. Both wood and copper stills are used for the distillation. But what follows then has brought my personal know-how and my research competence to its limits: According to the manufacturer, the distillation process is done in the traditional Philippine way where no evaporated spirit is supplemented. I must admit: I have never heard of that particular Philippine distillation tradition before. Although I am aware that there is a distinct drinking culture in the Philippines, which is not necessarily very well known in the West, but this mainly refers to rum. However, I could not find out whether and to what extent this distillation process came from the traditional rum production (And why Javier Mateo is familiar with it). If anyone knows more on that, please use the commentary section and let me know. After the distillation, the Mezcal rests for another 60 days in glass tanks.

But now let’s come to the essential part: the tasting! Oh, one more thing: the Derrumbes Michoacan Mezcal is bottled at aromatically very promising 49% ABV. And it is a really pretty bottle which comes wrapped into paper. Further details on the batch are also available on the paper (including the responsible master distiller, the region of origin within Michoacan and some of the production details mentioned above). 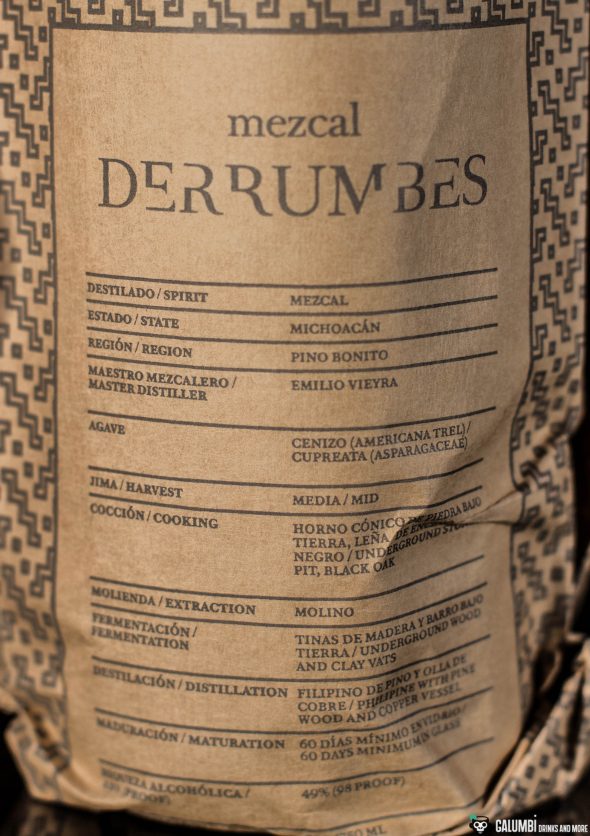 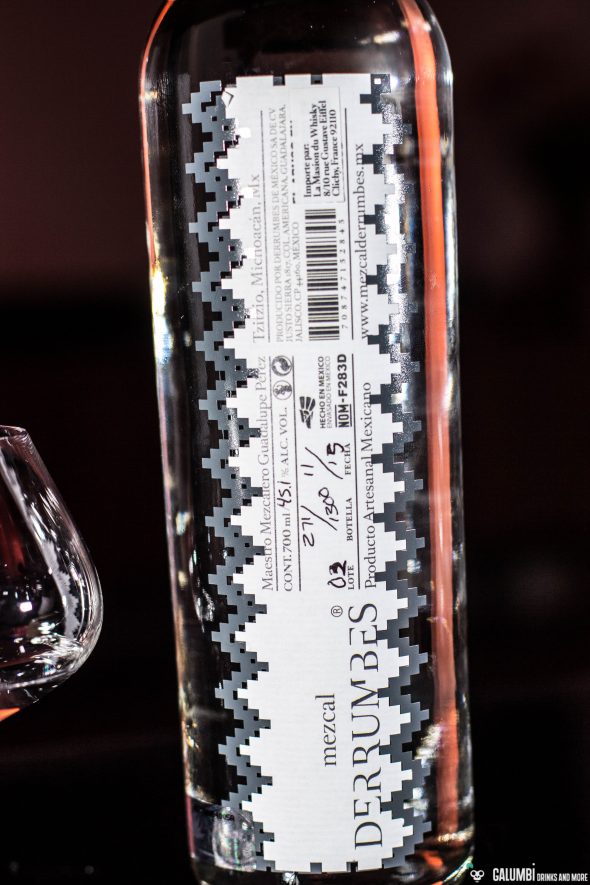 Aroma: Intense and phenolic cold smoke! In addition to that, there’s cold ash. Definitely one of the most intensely smoky mezcals I have ever had in my glass. It must not shy away from any comparison to smoky Islay whiskeys such as Laphroaig. Over time, earthy and spicy tones come through. White pepper reveals the typical agave character. Once the nose becomes accustomed to the smoke, some fruit appears: white peach, a touch of citrus, and finally there’s a trace of cinnamon.

Taste: On the palate it starts surprisingly fresh, almost sparkling, but then immediately there is powerful smoke and it coats your taste buds. It shows earthy agave, then again white pepper, which goes skillfully along with cinnamon and notes of burnt wood. A fulminant flavor that is really awesome!

Finish: again there is smoke, a little citrus, besides that the finish is dry and very long 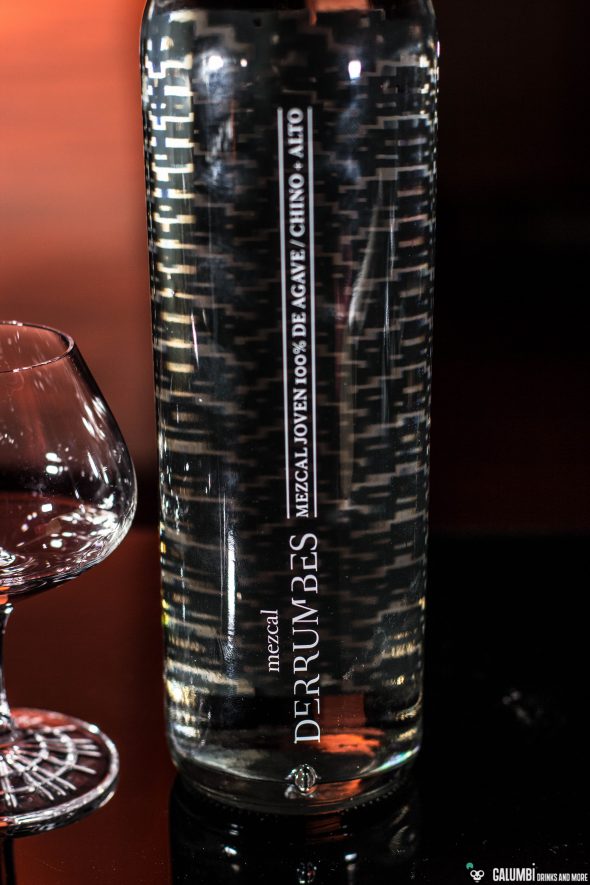