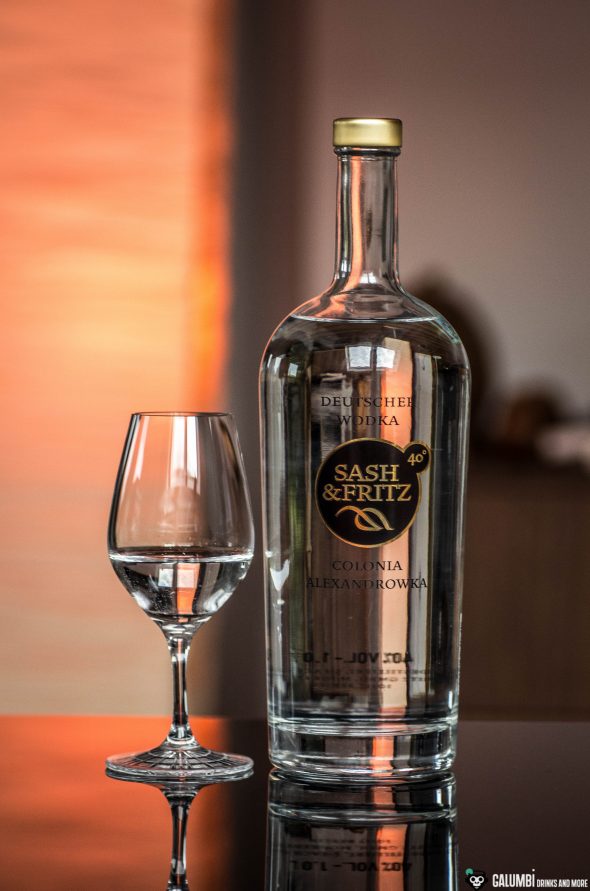 So it’s once again a vodka! Actually, I did already express my opinion about the clear spirit in recent articles, about the Bénazet Vodka and the Vural Vodka, but somehow I can’t get the whole matter out of my head. In the end I am currently subject to a creeping process of relativization, which compels me to give up some prejudices. Sometimes it is of course beneficial to reflect your own thinking from time to time and I must at least admit that I have recently experienced some vodkas that I like. So today’s vodka is a vodka which comes with a lot of premature praise and therefore ultimately aroused my curiosity.

I’m talking about the Sash & Fritz Wodka Colonia Alexandrowka, a German vodka from Berlin. The manufacturer sees his high-quality German vodka as kind of a symbiosis between German craftsmanship and Russian tradition (as the addition of “Colonia Alexandrowka” shows). The interesting marketing story for this cultural symbiosis relates to a small historical anecdote. The sommelier and wine merchant Peter Steger did some research and came upon King Friedrich Wilhelm III. of Prussia (1770-1840) who was on a friendly footing with his distant relative from Russia, Czar Alexander I. Pawlowitsch Romanow (1777-1825). After a series of belligerent foreign-political struggles during the Napoleonic wars, this friendship manifested ultimately in the founding of the Russian colony Alexandrowka, which can still be found in Potsdam to the present day (as UNESCO World Cultural Heritage). The nicknames of both rulers thus form the framework of this brand: Sash & Fritz. Whether this really has a lot to do with the product itself and its manufacturing is anyone’s guess.  But as a marketing story for a German vodka I somehow like it.

The use of a 100% German wheat and spring water from the Erzgebirge is to guarantee a quality, which, according to the manufacturer, is also reflected in the taste of the Sash & Fritz Vodka: “Manufactory vodka at the highest quality level with recognizable aromas of cereals and yellow fruits as well as a very subtle, easily perceptible sweetness. Without unnecessary procedures or additives – and certainly not absolutely neutral.” That sounds at least promising. Apparently the manufacturer has experimented with different kinds of grain before finally relying on wheat as the agricultural basis for this vodka due to its high degree of softness. 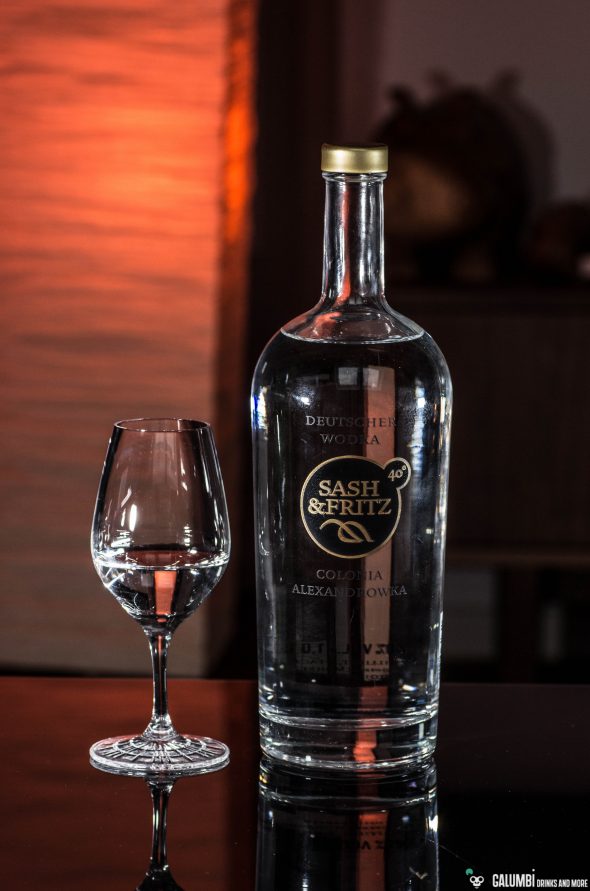 In terms of production it is not as freakish as the Vural Vodka, but I always have a little smile on my face when I read about filtration and distillation processes in the vodka segment. Sometimes it reminds me of a trade fair in the engineering sector, where everybody tries to surpass each other with ever higher numbers for whatever it is. With its 5-fold distillation and a 5-fold filtration via kieselguhr, the Sash & Fritz Vodka is still a moderate representative.

The Sash & Fritz vodka is finally bottled at 40% ABV. The bottle is a simple but stylish one that I do like. According to the manufacturer, the vodka was originally be meant to be bottled at 45% ABV, but Peter Steger was more satisfied with the classical 40% version. I guess as sommelier he might know what he does. Of course, this vodka is also suitable as a cocktail ingredient for classic and modern vodka cocktails. There are also some international awards that this vodka has won. Including several gold medals, among others at the World Spirits Awards and the International Spirits Challenge. 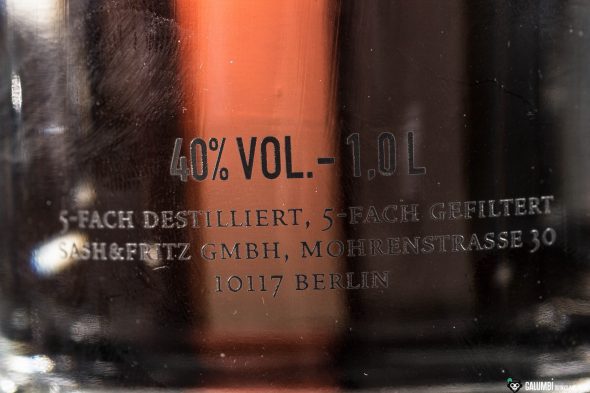 Aroma: On the nose it is a typical vodka. I always need a certain time to adjust to the specificity of this spirit because it is much more subtle than other spirits. Light cereal notes mix with a delicate sweetness, which reminds a little of meringue. A touch of lemon is also there which tends minimally towards quince. All this however remains very subtle and in a mild frame. You cannot compare it to other spirits that have actually been infused with herbs and fruits.

Taste: Very mild and soft with a rather clear sweetness reminiscent of dairy dishes. A touch of mineral spice appears in the background and goes towards lemon or even currant.

Finish: Here, the Sash & Fritz vodka is extremely soft and mild and offers an oily mouthfeel.

A nice vodka, if you’re into vodka!

Buying sources: The Sash & Fritz Wodka is available at specialized retailers or online, for example at Hidden Taste.