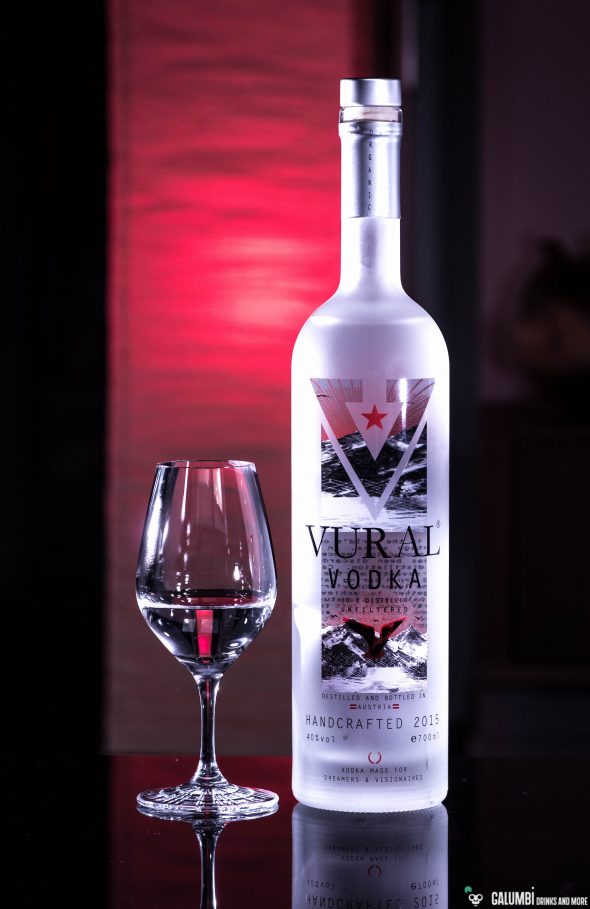 It has not been so long since I wrote an article about a vodka for the first time here in the blog. It was about the Bénazet Vodka which finally did please me in its own way, although I am not a big friend of the clear spirit. I also announced that I would not write about vodkas very often here, although I have to admit, of course, that is does have a solid and justified place in the world of bar culture. However, today I decided to launch another article about a vodka which aroused my interest and which I want to review here.

My interest for this vodka was mainly aroused by its product marketing. It is the Vural Vodka from Austria. The Vural Vodka describes itself as an “Ultra Premium Vodka” (everything sounds much larger if you add the prefix “Ultra”). More than that, it particularly also emphasizes the special care which has been taken in connection with the selection of ingredients. This is the reason for a “vodka, as it does not exist even in the motherland of Vodka”. This, of course, makes you sit up, especially when considering what ludicrous premium qualities you can encounter in the high-priced premium area of Russian vodkas. The Vural Vodka is priced at about 50 euros, which is not very low for a vodka but of course there are still many vodkas out there exceeding this price by far.

The head behind the Vural Vodka is Vural Koca, who used to operate the KGB – Soviet Vodka & Ice Bar in the German city of Freiburg. It is not hard to see that we’re talking about a vodka enthusiast here as the name of this bar unequivocally shows. Of course such an amount of passion also influences my expectations about today’s product. A little bit of Soviet flair has also made it into the design of the bottle respectively in the brand design itself as the red star and the overall art conception shows. By the way I like the bottle really very much (which is not due to a secret passion for Soviet devotional objects but due to the high-quality workmanship with the nice optical interplay of the bottle’s backside when viewing through the front). This vodka is not produced in Freiburg but in Austria. More precisely in the distillery Farthofer in Öhling in Lower Austria. 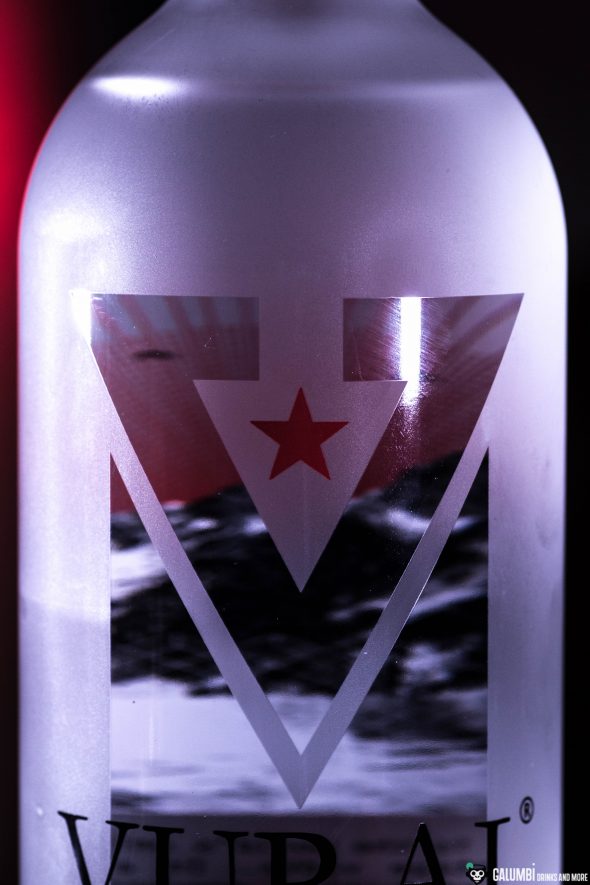 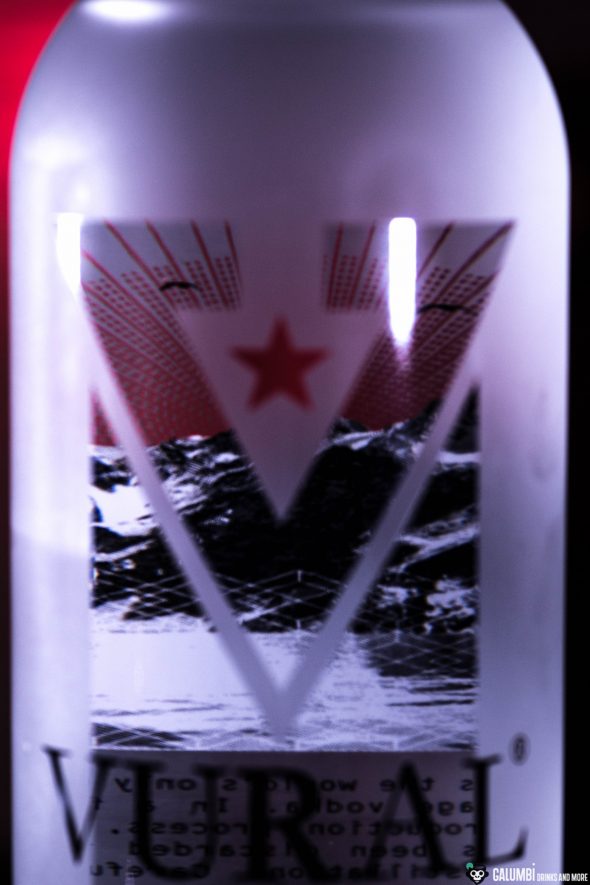 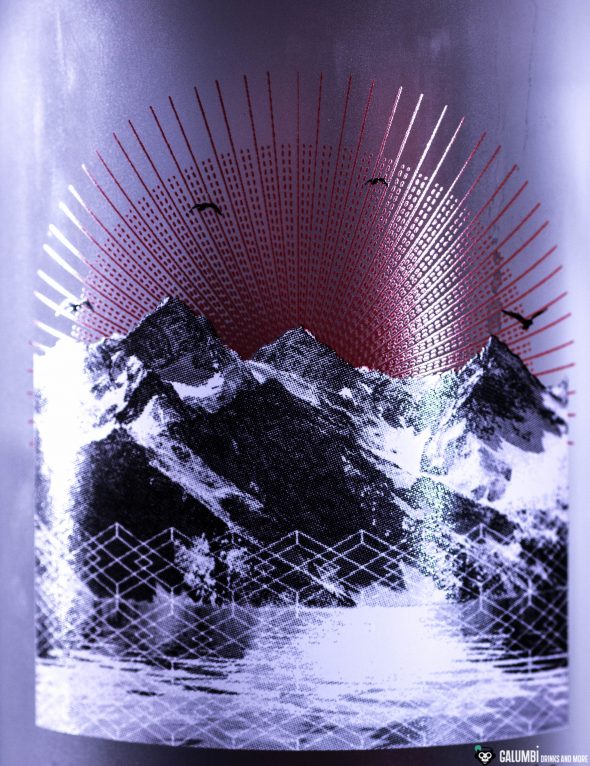 The basis of the alcohol here is wheat – and it is exclusively organic wheat which the manufacturer attaches great importance to. Of one harvest of wheat only one seventh is selected for the production of Vural Vodka (whether this happens because there is actually only such an amount needed or because there is really only one seventh good enough, I do not know). In addition to that, spring water from the Mühlviertel is used which is characterized by lime-deficiency and rich mineral deposits. The manufacturer promises a clear effect on the taste.

It gets really interesting – and in my opinion almost a bit absurd – when it comes to the filtration. There is none. This is more than unusual for vodka since normally there is a real competition of filtration techniques when it comes to promoting vodka: Whether milk, silver, platinum, activated carbon, ozone (!), paper, cold or even diamond dust – in the vodka segment you can almost find everything to filter the spirit. If you ask me, this is a lot of fuss (and also a doubtful one) only to finally filter out the last nuances of “fusel oils” (which are absolutely appreciated in other spirits, e.g. whisky) and to obtain an even more neutral alcohol. All this is among the reasons why I am not very much keen on vodka, because to me that all seems like Much Ado About Nothing.

The Vural Vodka compensates that lack of filtering by a 30-fold distillation. Yes, you read correctly: 30-fold. Here, too, I can only ask myself if wonders will never cease and I cannot stop myself from furtherly asking whether this vodka might have been even better if it would have been granted a 31st distillation. But fun aside, I do not want to make a prejudice because that would be unfair and too quick. Anyway, after the last distillation the Vural Vodka is left to “mature” for another year in the bottle before it goes on sale. So now I’m really excited. The Vural Vokda is bottled with 40% ABV. 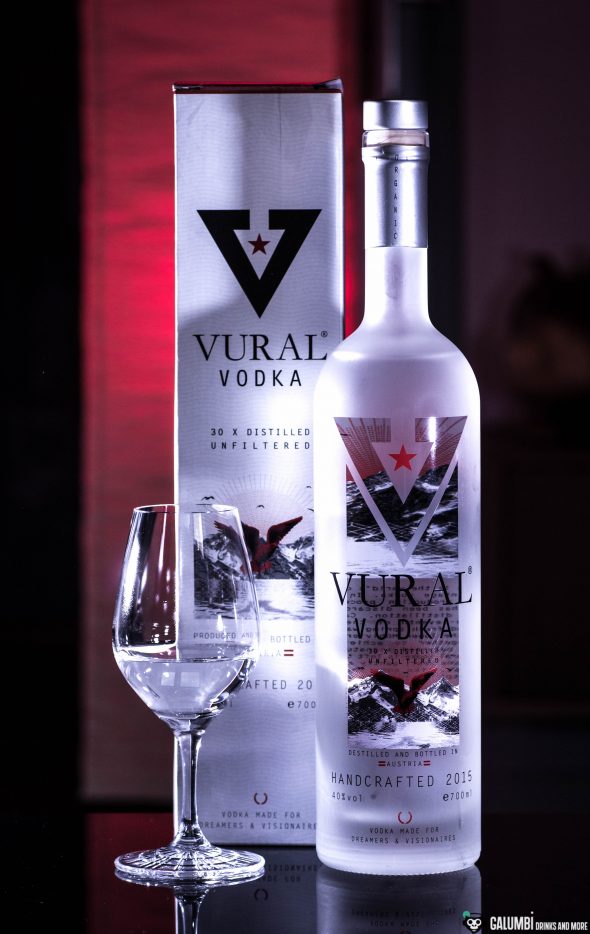 Aroma: Mild, spicy and mineral with associations of stone salt, a touch of condensed milk and wheat. It is unmistakably a vodka but here I have more in my glass than I thought. Again a vodka seems to surprise me in a positive way. A fine sweetness also can’t be denied.

Taste: This vodka offers an interesting and somehow unexpected taste which I enjoyed. There is no trace of tastelessness here, instead I a complex mineral sweetness that reminds me of Emser salt pastilles (that’s a German brand of salt-based pastilles against a husky voice). A very beautiful and creamy note is there alongside some sweetened condensed milk – all of this is nonetheless very subtle compared to other spirit types. Very soft and pleasant.

I once again have to offer a positive summary of a vodka: the Vural Vodka is quite convincing in its genre. Pure vodka is still something that I rarely desire but fans of this spirit will definitely find some pleasure here.

Buying sources: At specialized retailers or online. Currently (12/02/2016) the website is still under construction, which is why the availability will surely increase in the future.