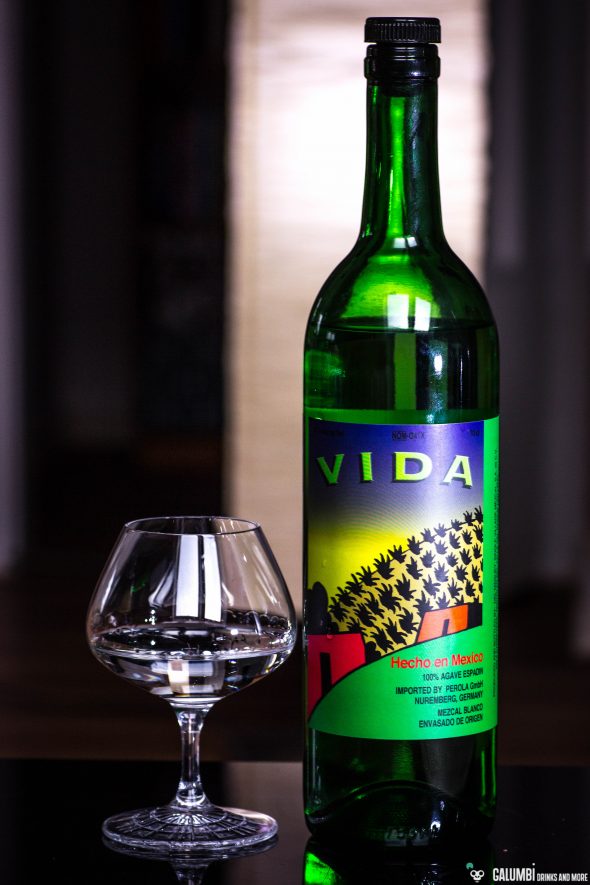 Today’s bottle comes from a large series of Mezcals which is closely linked to the history of this liquor outside of its Mexican country of origin and thus the Del Maguey were among the first Meczals which have been exported from Mexico to the USA.

In my article about the Miel de Tierra Mezcals I have already described in detail how the basic manufacturing process of Mezcal works as well as what the regional restrictions of origin for this spirit are. Of course, these also applies to today’s bottle. The grinding of the cooked agaves here is even done in the old and traditional way by hand with a beating stick or by a horse wheel, which is still also common with other mezcal manufacturers. After the fermentation in barrels, the finished agave wine is finally transformed into a Mezcal by double distillation.

I myself have already pointed out in various contexts that Mezcal is perhaps one of the most exciting new discoveries of the recent years for me. In fact, I cannot exactly remember what specific Mezcal it has been that I first came in contact with, but it happened in a bar during a vacation in New York about 4 years ago. Unfortunately, I also can’t remember the name of the bar, but it was located in the East Village of Manhattan. Presumably the exact conditions of my initial contact will therefore remain a diffuse memory. But I still remember exactly the wood-paneled bar and the drink that fascinated me with its smoky-cinnamon notes and which immediately caused me to ask the bartender about it. Shortly thereafter I then had my first pure Mezcal outside of a cocktail and was really enthusiastic. In Germany, Mezcal was available in almost no liqueur store at that time (at least not in my immediate vicinity) and the range of available qualities was not comparable with the one of today. To this extent, we are witnessing a development that I can only welcome!

It was the American light and glass artist Ron Cooper, who came into contact with Mezcal for the first time during a trip to Mexico in the 80s, who also fell in love with Mezcal and decided to take a few bottles of it home. But since the customs thwarted his plans, shortly afterwards he decided to officially import Mezcal into the USA as a business. So you can see that although Mezcal reached Europe a few years later, it has also been a late bloomer in the USA, and despite its availability since the early 90s, the “elixir of the gods” really hit the bar scene just in the 21st century. However, Ron Cooper’s vacation experiences have laid a foundation that is jointly responsible for its success.

The Del Maguey Vida, which is presented here today, certainly constitutes the introductory quality of the Del Maguey range and is, of course, an ideal choice as an ingredient for cocktails. Like all Del Magueys, this Mezcal comes from Oaxaca, which is the largest and most famous Mezcal producing region in Mexico. In contrast to the Miel de Tierras from Zacatecas, there was no blue agave used here but Espadin Agave (also called smallsword agave). These were cultivated on an ecological basis in remote villages of Oaxaca, and one of those villages finally produces a certain batch for this “Single Village Mezcal”. The Del Maguey Vida Mezcal is an unmatured Joven Mezcal. It is directly distilled to 42% ABV (by the way in some villages the degree of alcohol is determined by simply watching the blistering of the liquid during distillation due to the lack of any laboratory instruments) and produced in the village of San Luis del Rio. 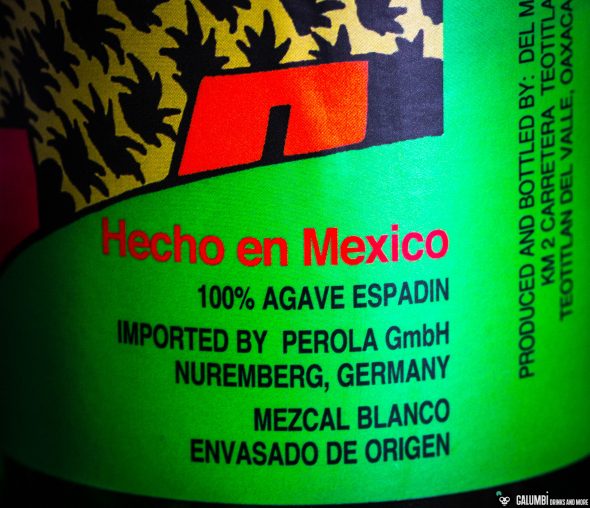 Del Maguey brings you a collection of Single Village Mezcal made in the lush, remote mountains, plains and valleys of Oaxaca, Mexico. Vida is extremely mixable. Nose: Heightened fruit a romatics, hint of honey and vanilla. Palate: Ginger, cinnamon, sandalwood, banana and tangerine and roasted agave with a long, smooth finish. Del Maguey mezcals are twice distilled and unblended from 100% mature agave Espadin and are produced the original, 400-year-old hand-crafted way. Production is limited to exclusive quantities per year to preserve quality. There are no chemicals, colorings or additives ever used in any Del Maguey, Single Village Mezcal.

Even if the Del Maguey Vida is considered a Mezcal predestined for cocktails it is of course also a very interesting tasting experience in its pure form. So before I will use it in future cocktails, here are my tasting notes.

Aroma: On the nose there’s immediately an intense and multi-layered smokiness: tar, smoldering embers and ground fire ignite their aromatic fireworks against a background of woody, earthy and agave-typical notes. Also fine citrus tones come through after some time.

Taste: Del Maguey Vida is extremely voluminous. On the palate, besides an aromatic smoke, there are mainly cinnamon and quite a bit of sandalwood and a mineral sweetness from the agave. The smoke has hints of green banana, as I have already witnessed it with some Laphroaig whiskys. A very intense and wonderful taste.

Buying sources: At specialized retailers or online. One 0.7l bottle costs between 30 and 35 euros.