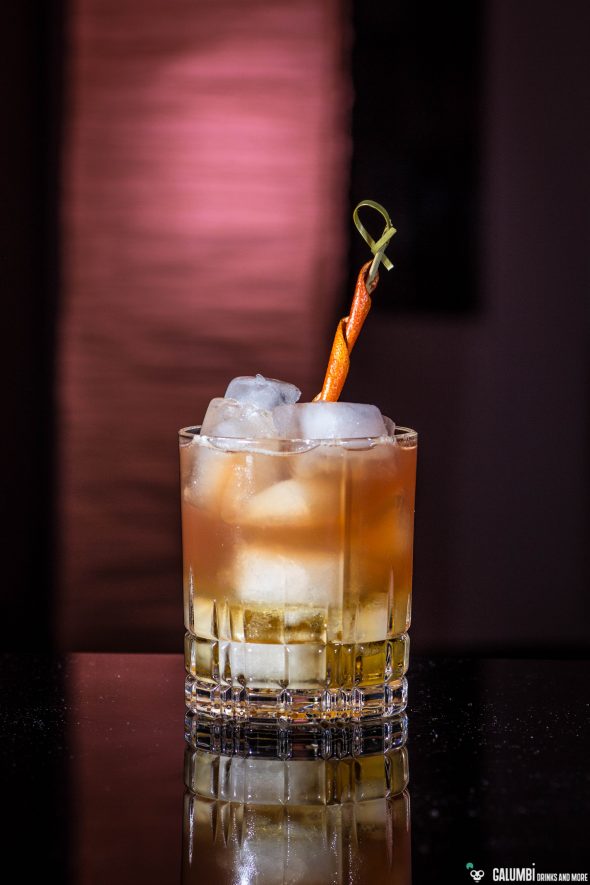 Like most other bloggers, I myself like to read a lot of other blogs as well, especially those that deal with a similar topic, of course. And although the German-speaking cocktail bloggers’ scene is growing steadily and contributes many high-quality articles, the sheer number of blogs and articles as well as the blogging tradition itself is much bigger in the English-speaking world (especially in the “cocktail nation” of the USofA). Today’s cocktail is once again an example of a drink I discovered on a blog that immediately aroused my curiosity.

The Sierra Madre Sunrise was created by Elena Lepkowski and presented on her highly recommended blog “Stir and Strain – A Cocktail Scratchpad“. In essence, it is actually a summer cocktail, but it works also very well in the autumn season, as I think. It combines the earthy and spicy notes of mezcal with bitter orange and lemon juice and is certainly a fizz variant. All these flavors bring enough strength and a certain amount of warmth to also enjoy them as refreshments in the colder part of the year, even if only to get the sun of California or Mexico into your glass. In her original recipe Lepkowski uses Del Maguey Vida Organic Mezcal in combination with Aperol. The acid component is constituted by lemon juice and finally she tops the drink with soda water. In terms of bitters you can also choose from Angostura for a more spicy variant or chocolate bitters for a sweeter, but also more “Mexican” variant. However, I made a few small changes, which I would like to briefly explain. 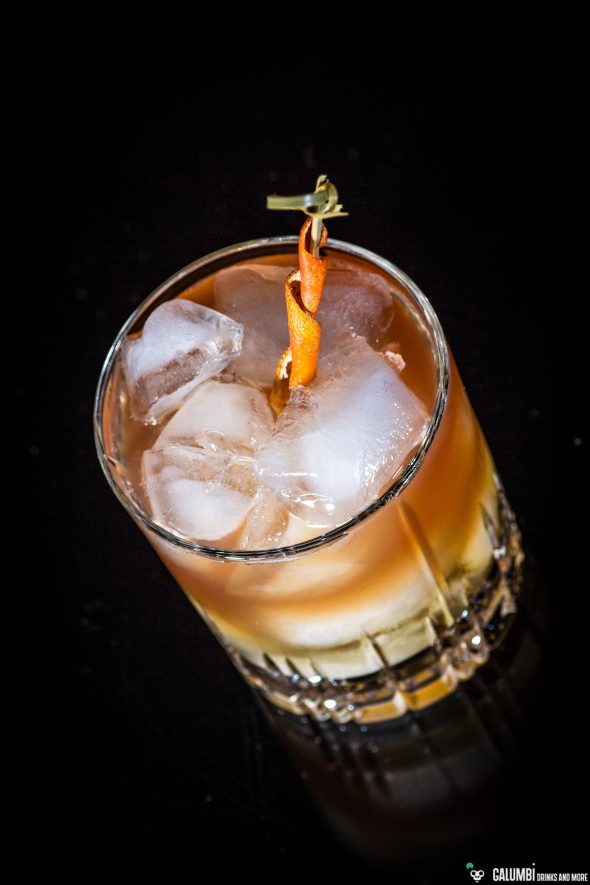 When it came to the Mezcal, I opted for the really excellent Miel de Tierra Reposado. Its vanilla, cinnamon and oak tones as well as that little idea of Cayenne pepper seemed to be simply a perfect basis for the combination with rich orang tones to me. And instead of the Aperol I used the Mondino Amaro Bavarese, which I simply like more in direct comparison and which I found would work excellently with its vibrant bitter orange. In terms of bitters I chose the Chocolate Bitters because the synergie of chocolate, orange and the vanilla and cinnamon notes of the Mezcal on the one hand corresponds better to the autumn season, but on the other hand it also appeared to be more appropriate for a “Mexican style refreshment”. In addition, I have taken a rather unusual step and replaced the soda water with Club Mate. I just wanted to experiment a bit with Club Mate and I think of the tart tea aroma of Club Mate with its rather low sweetness as a really innovative upgrading. Of course, you can also simply use soda, but Club Mate (or another Mate lemonade) is really worth a try – just give it a chance! 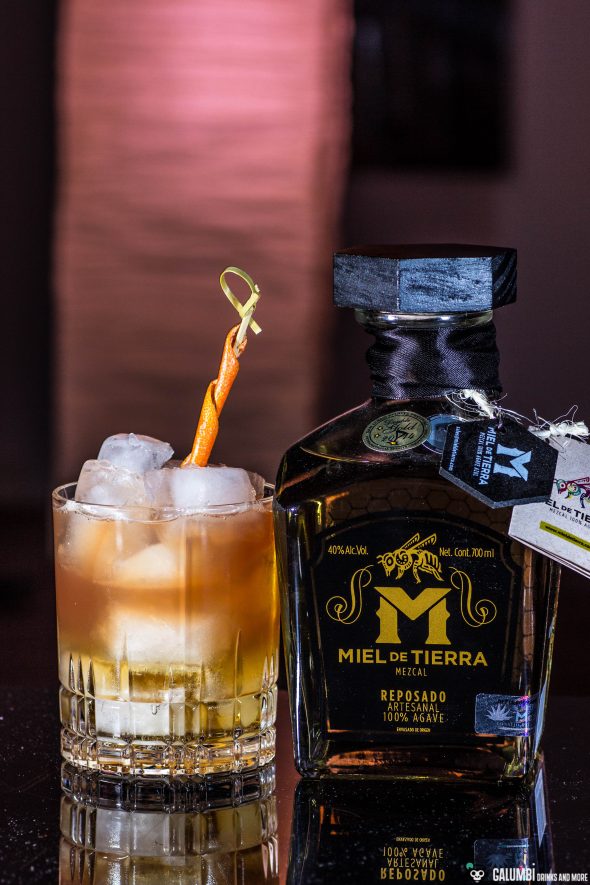 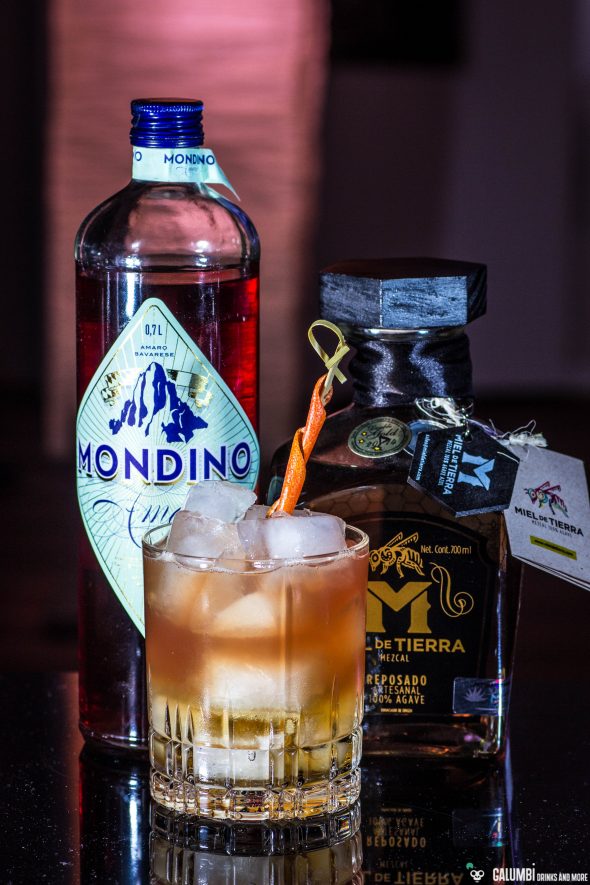 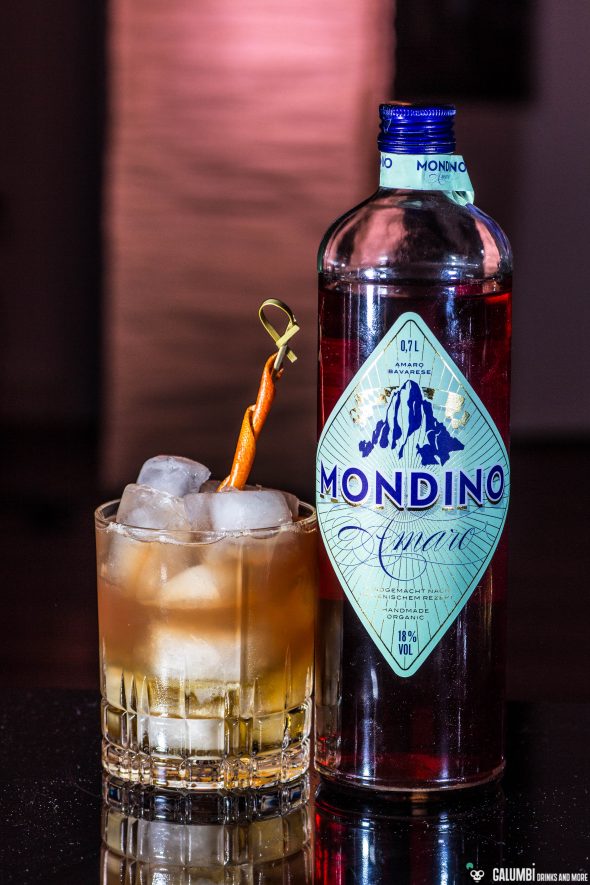 Preparation: Shake all ingredients except for Club Mate in your shaker vigorously on ice and pour into the glass filled with fresh ice. Then top with Club Mate. 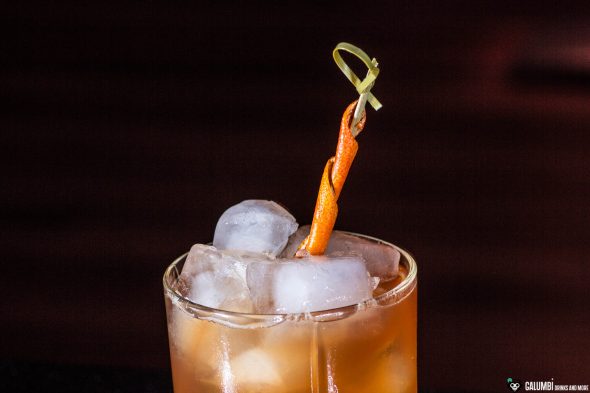