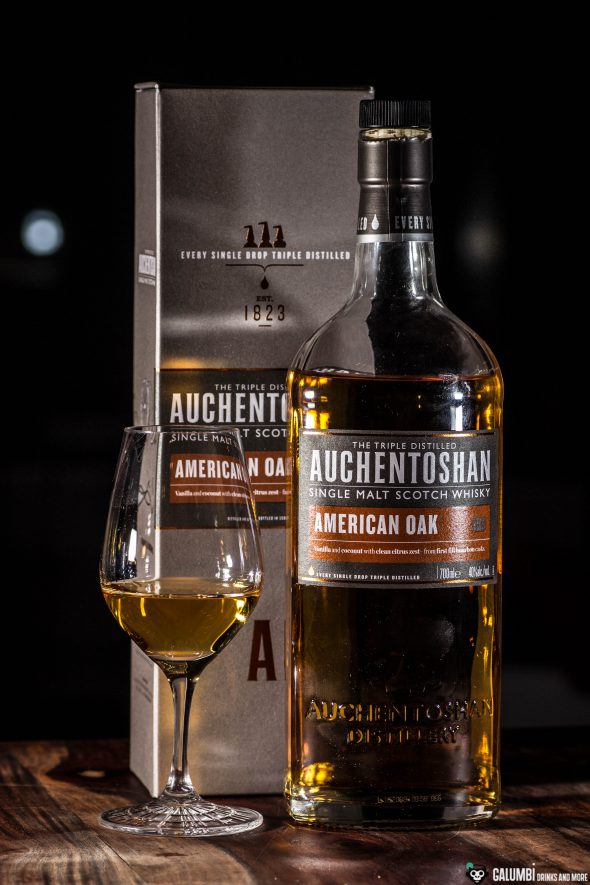 Actually, I intended to present another cocktail recipe here today, but now I would like to postpone that into the next days. The reason is that I’m still quite happy about the release of the “The New Single Malt Whiskey” book and so I was more in the mood for a Single Malt Whisky than for a cocktail. And besides that, today’s whisky is certainly a “New Single Malt Whisky” in several respects. On the one hand, the whole bottle is not yet on the market for very long and on the other hand the malt itself is a quite young one. But more on that below.

First of all – for those who are not so familiar with the subject – the Auchentoshan American Oak seems to be an unspeakable name. But it is not so difficult to say “Auchentoshan” than it seems: it is called “awkh-ən-taw-shən” and means freely translated from Gaelic language as much as the “field of the corner” (of course I researched that – I speak no word of Gaelic). The Auchentoshan distillery is located in the Scottish Lowlands, which, as a whiskey region, is, of course, much less famous than the Highlands, Islay or the Speyside. This is mainly due to the fact that there are very few Scotch distilleries in the Lowlands with only three active distilleries left and the Lowlands are notorious for the production of grain whisky for the blending industry. Although there have been much more active distilleries in the South of Scotland in the past, this has gradually changed with the somewhat damaged reputation of this whisky region.

Among the existing Lowland distilleries, Auchentoshan is, however, the most famous. The character of the Auchentoshan single malts is generally considered to be particularly mild and soft, which is based mainly on the fact that the distillery triple-filters it’s whisky, a habit rather uncommon among Scottish Single Malt distilleries. This triple distillation now also is one of the essential creation steps in today’s bottle, the Auchentoshan American Oak. As you can already derive from the name, this malt is a Single Malt of the NAS category (No Age Statement) and thus it is a malt in the lower price segment. On the one hand, this makes it attractive for beginners in the Single Malt topic because of the low price as well as because of its mild character, but on the other hand also for the use in cocktails. 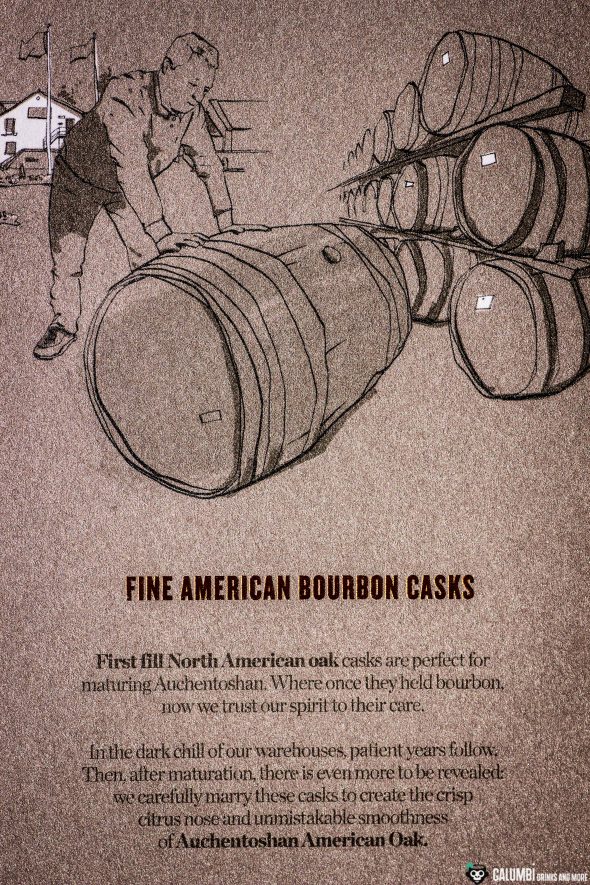 The denomination of “American Oak” is also refreshingly simple. Since other NAS bottlings often suggest with their names that they are in fact “super premium bottles” (for example: “Distiller’s Reserve”, “Master Distiller’s Cut”, etc.), here it is simply the barrel type from which the whisky took its name. Accordingly we get to know that the Auchentoshan American Oak was maturing in former bourbon casks. In “first-fill-ex-bourbon casks” to be precise. So after the bourbon was finished (which has to mature in fresh casks according to US law) there was no other Single Malt Whisky in that cask before. 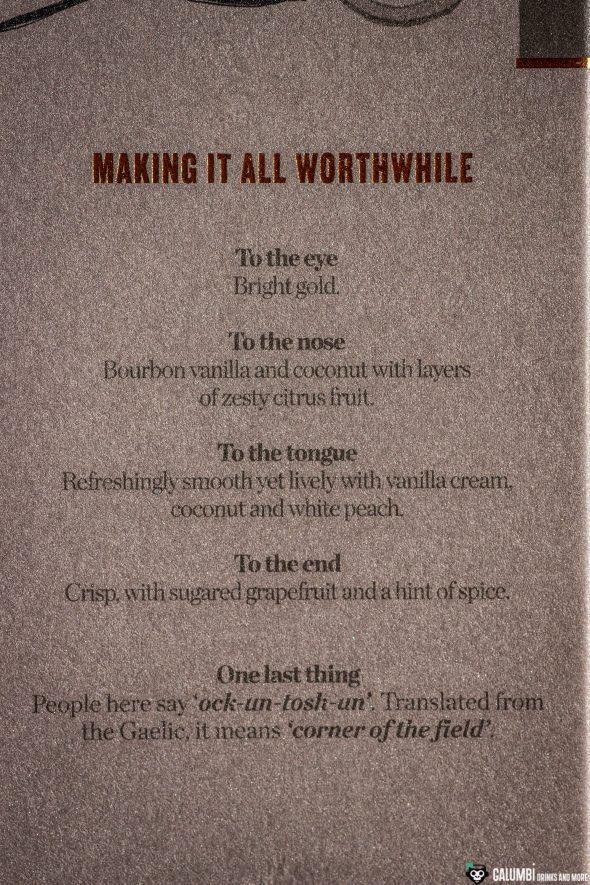 The official tasting notes on the packaging

Aroma: The Auchentoshan American Oak greets with a fine vanilla. It offers a surprisingly mild impression which you will not necessarily encounter when tasting younger malts. The scent of the first-fill casks is evident. There is Bourbon, some honey and wood, and the citrus notes described are also in the background.

Taste: The triple distillation of the Auchentoshan malts is best revealed on the palate by showing its distinctly mild side which, however, also features a certain momentum from the oak barrel. Vanilla is there with light and fruity notes in the background. Whether it is white peach, I can not really tell. I also cannot find coconut, but some honey and spices instead.

Finish: Surprisingly dry, oaky and spicy. A single malt, which will certainly appeal to newcomers to the Single Malt Whisky matter. 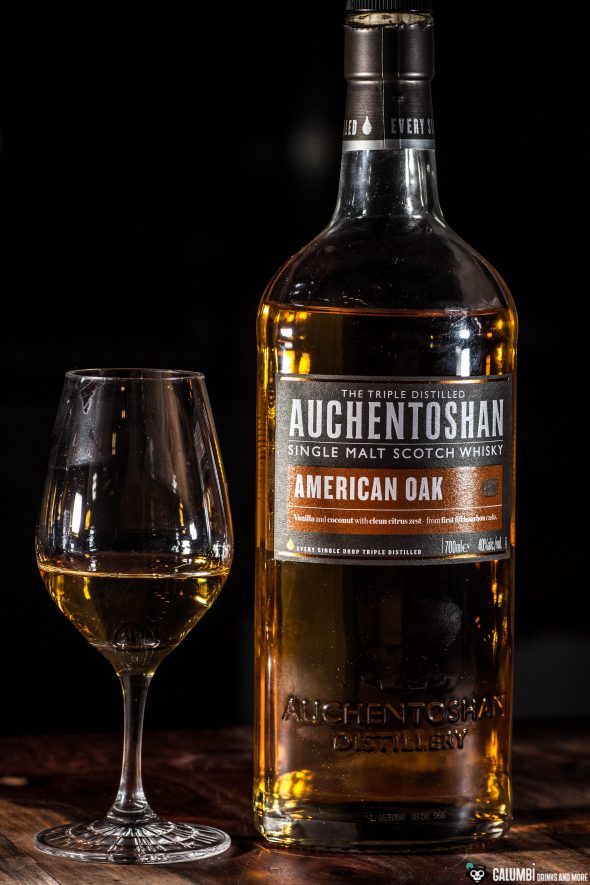