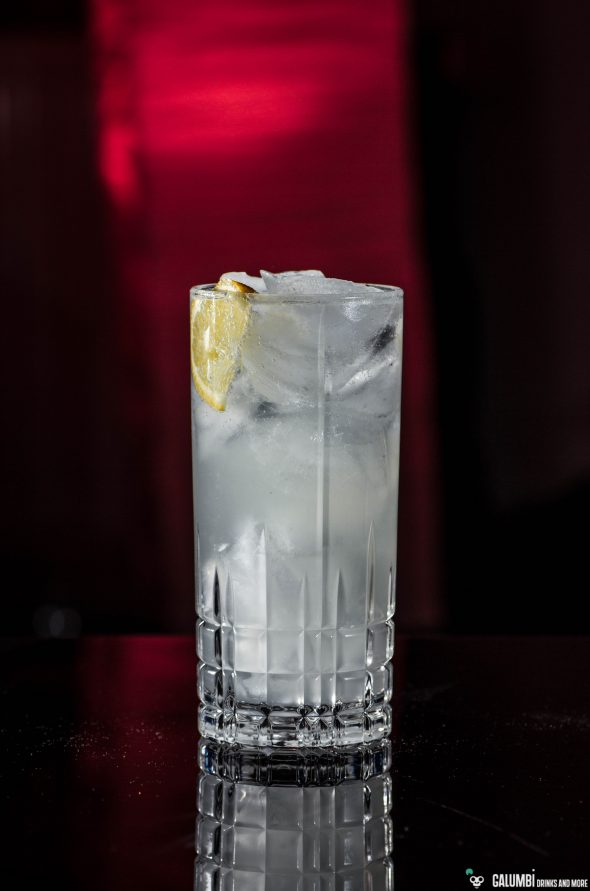 “A Fizz has no ice in it, a Collins does!” – I first heard this simple mnemonic from Chris McMiliian, a bartender from New Orleans who was one of my initial contacts to the world of cocktails. So it was the first time I was confronted with the difference between a Fizz and a Collins noted. I still stick to that rule, though strictly speaking it is not true in every situation. But there simply is no hundred percent separating rule to define Fizzes and Collinses. Anyway: Today’s article is about a classic: the Tom Collins.

The Tom Collins probably originated in the city of London during the second half of the 19th century. At a time when there was an extended demand for Sours spritzed with soda water, a lot of bartender used Old Tom gins to mix their drinks.  That is one of the explanations why the Tom Collins is probably known under that name. But there are also other storys, for example the one about the “Great Tom Collins Hoax” from 1874: Especially in New York and Pennsylvania bartenders used to kid some of their customers by telling them that an ominous Tom Collins is telling bad stories about them. It is said that some guests furiously ran out onto the street, looking and shouting for the outrageous Tom Collins.

Another name of the drink is also “John Collins”, which goes back to a London bartender at the Limmer’s tavern. He is said to be the creator of a kind of precursor of today’s Tom Collins in which he also included some Maraschino. If that’s the real origin, the category of Collinses would be named after this guy. However, the Tom Collins is simply a timeless and absolutely fantastic classic. One that also has the potential to give a good gin a forum to make it’s mark! 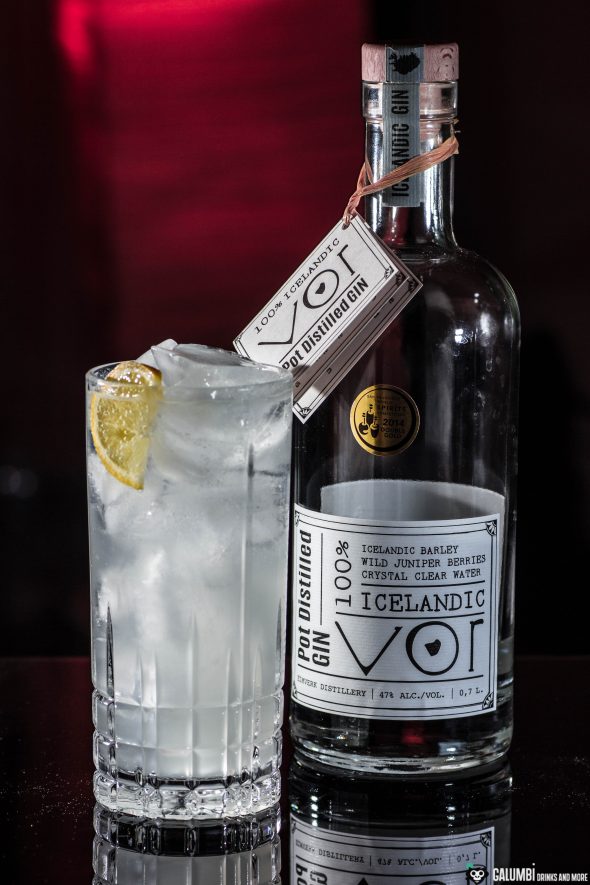 I opted for the Icelandic VOR Gin which I am going to present here in the next days.

Preparation: Shake all ingredients except soda water vigorously on ice and pour it into a glass filled with ice cubes. Last top with soda water.

Buying sources: You can find the ingredients in any supermarket. If you’re up to using a special gin you might of course have to visit a liqueur store.