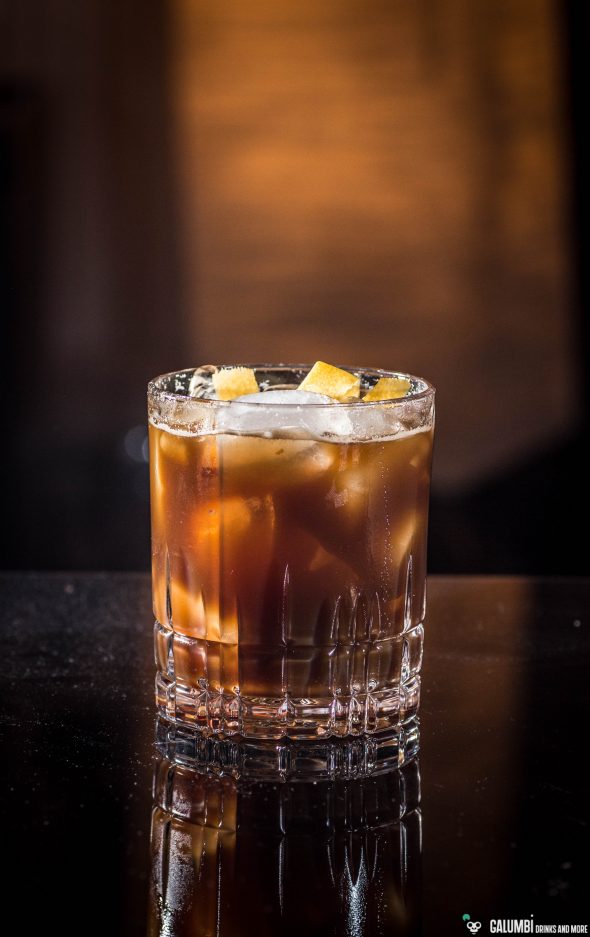 Syrups are one of the most essential ingredients behind any bar. It played an important role from the very beginning of cocktail history as people often used to mix them with their favorite spirits (often those spirits have not necessarily been of outstanding quality). Today it is quite usual that you find fancy styles of self-made syrups on almost any bar menu. The drink I’d like to write about today even seems to be syrup itself!

At least when it comes to the name of the drink: Treacle. A British term for syrup made from sugar beets that is also known in Germany under the name “Rübenkraut”. Not the whole cocktail is made of syrup, of course, but if a creation already comes up with a certain programmatic name, one may naturally ask for the reasons for that.

The Treacle is a cocktail that was born from the glass of UK Bartenders Dick Bradsell. Mainly in the 1980s, Bradsell has been one of the most influential bartenders in the London bar scene, who also trained a large number of bartenders. Today he is still working behind the bar of the El Camino in London. Bradsell is better known for relatively simple creations without a big fuss (another drink that was created by Dick Bradsell is the Espresso Martini. A drink Bradsell is said to have served to Kate Moss someday and which I have also presented here in a previous article). And so it is not very surprising that the Treacle is a drink which is all but complicated: it’s just rum, syrup, apple juice and Angostura. Bradsell originally used a clear filtered apple juice and simple syrup, but I like the cocktail even better when it’s a bit more sophisticated. The Mixology Magazine’s “Handbuch der Bar” suggests mixing the Treacle with freshly squeezed apple juice (if you have a juice extractor) and molasses or sugar beets syrup (“Rübenkraut”) – a great idea which absolutely enhances the cocktail. 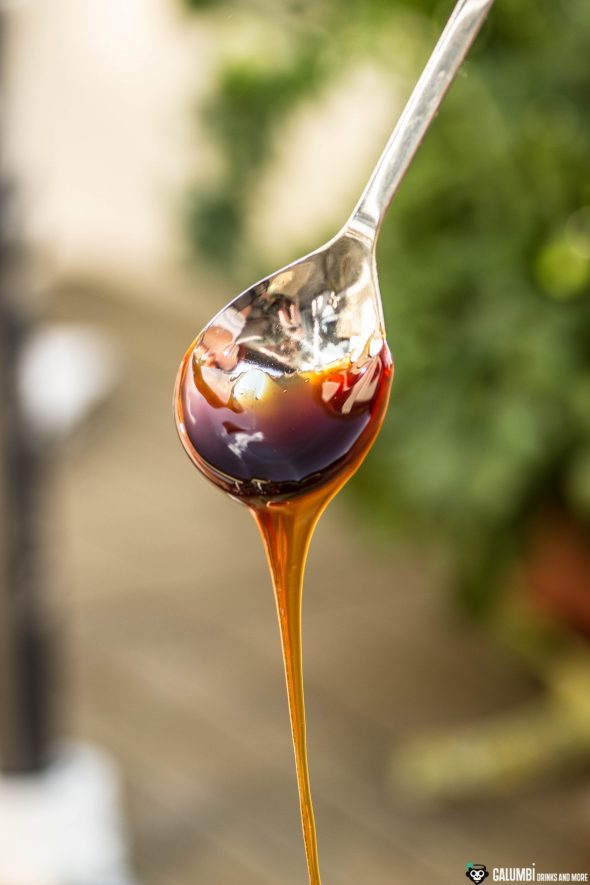 The result is a complex sweetish drink, which flavors pass into strong roasted aromas. The rich and dark character of sugar molasses is strongly emphasized and perfectly harmonizes with freshly squeezed apple juice or – if you don’t have a juicer – the cloudy one from the supermarket. Bitters bestow additional depth upon the drink! I opted for Myers’s Dark Rum because its rustic molasses character which perfectly matches the requirements for the Treacle cocktail.

Preparation: Mix all the ingredients in your glass on ice and stir until the molasses has dissolved. 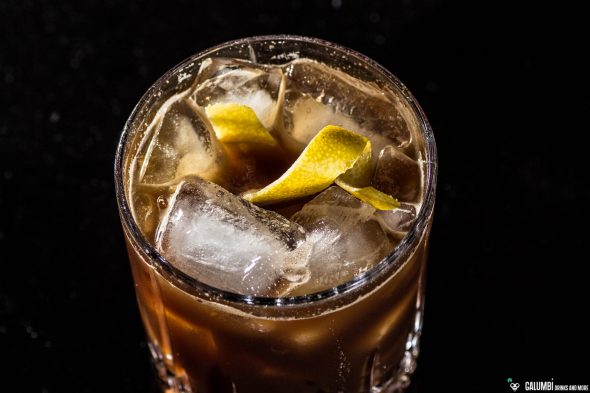 Buying sources: The Myers’s Rum should be available in well-stocked supermarkets, the same goes for molasses or “Rübenkraut”.

One thought on “Treacle”