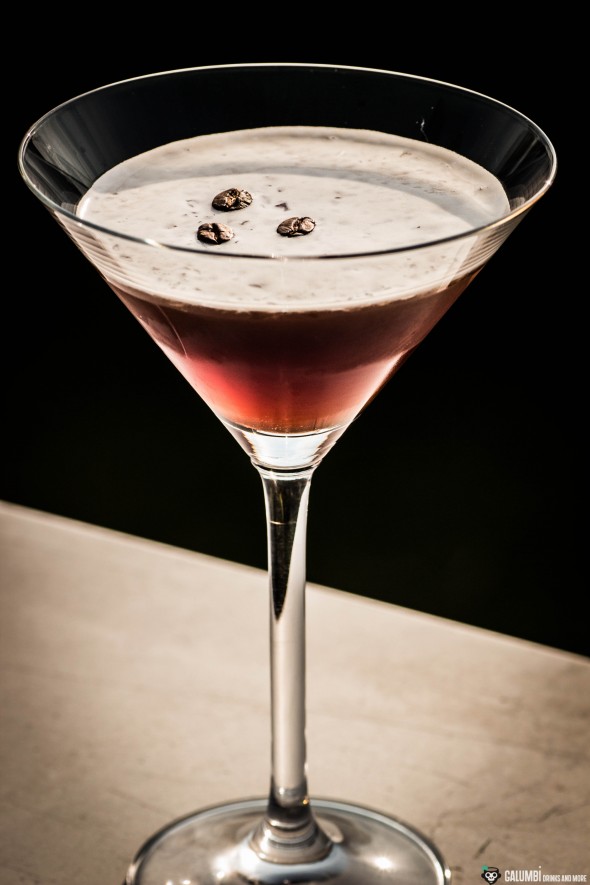 Monday. The word alone is quite suitable to immediately spoil a lot of people’s mood.Of course the most obvious reason will be the end of the relaxing weekend. Besides that there are many smaller aspects, which are more or less connected to this main problem. One of them surely is the fact that the night from Sunday to Monday often is not really the most relaxing night during the week. Most people realize this on Monday evening all the latest.

On this occasion I want to introduce a recipe that might be a little remedy here but still fits into the category of cocktails: the Espresso Martini. The name is a bit misleading, because there’s really not much left of a classic Martini. Firstly, if at all, it is based on a Vodka Martini but even here the only real thing it has in common with this classic is the vodka itself. Furthermore, that’s why the Espresso Martini is actually not really a contemporary cocktail. While vodka still is a much purchased spirit it’s dominant role in the bar scene has declined. Back in the 80s and 90s this was much different.

The Espresso Martini also dates back to this time period and was invented by Dick Bradsell in London. He was working at the Soho Brasserie close to the coffee machine of that place when a girl went in who later became a famous supermodel (Bradsell never actually told her name but a lot of people are convinced that it was Kate Moss – however, Bradsell stated that it was not Kate Moss, on the other hand he did not reveal her identity until now). She ordered a drink with the words: “wake me up , and then fuck me up “.

Whether this style of ordering a drink is witty or not, I won’t decide here. The cocktail definitely has a good wake-up-effect. Its taste is also quite convincing with sweet notes of coffee, without being too complicated. Im am no big fan of vodka cocktails and this one is not a complex revelation of taste at all. But if you’re looking for some coffee aroma in a cocktail, this one can be an easy drink to opt for!

Shake all ingredients vigorously with ice and pour into the precooled glass. Then spray the oil of a lemon zest onto the drink (carefully crease the zest to do so) and rub the rim of the glas. Discard the zest afterwards.

Buying Sources: You should find all ingredients in most supermarkets.