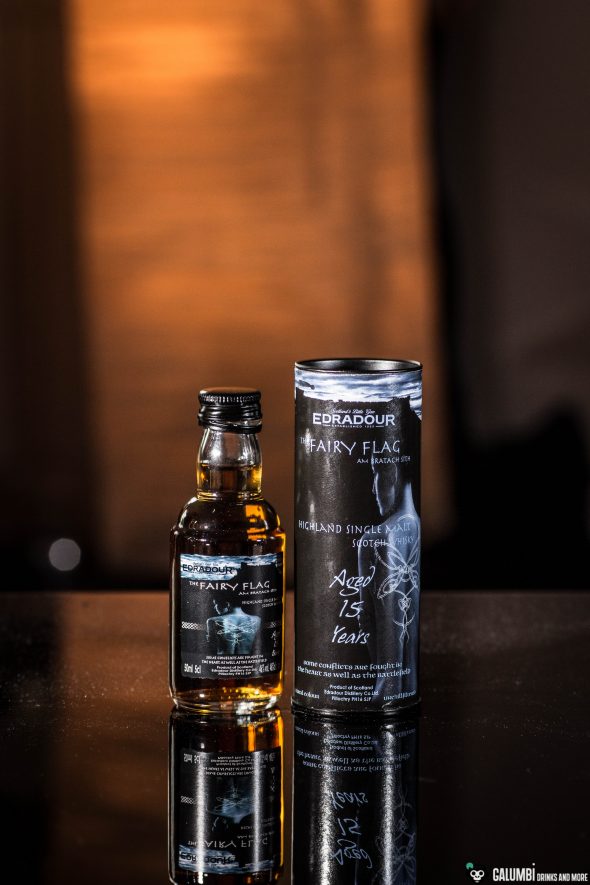 Am Bratach Sith! – What might sound like a new villain from the dark side in Star Wars is in fact the title of a movie about the heroic struggle of Scottish clans for survival that emerged around a legendary flag. Am Bratach Sith is the Gaelic name for it, which simply translates into “The Fairy Flag”. But what does that have to do with today’s whisky?

At first glance quite a lot, but at second glance not really much. Anyhow, the corresponding movie was completely unknown to me and so I had to check on it on the internet. According to the IMDB, the movie is currently in post-production and also has not been assigned a rating, so I assume that it was not really shown to a wide audience until now. Whether I will watch it when I get the chance, I’ll see. But ultimately this is of no real importance because the movie here is not much more than a marketing trick to promote today’s whisky from the Edradour distillery. In contrast to the Caledonia whisky, there is not even a famous singer who has contributed in the distillation process.

But unlike the movie, I already had heard of the Edradour Fairy Flag whisky beforehand. A friend of mine, who is an ardent fan of single malts and leaves no whisky trade fair in the region unvisited, enthusiastically told me of this whisky in the last year. But so far I had no good opportunity to get my own idea of it. So today’s the day. 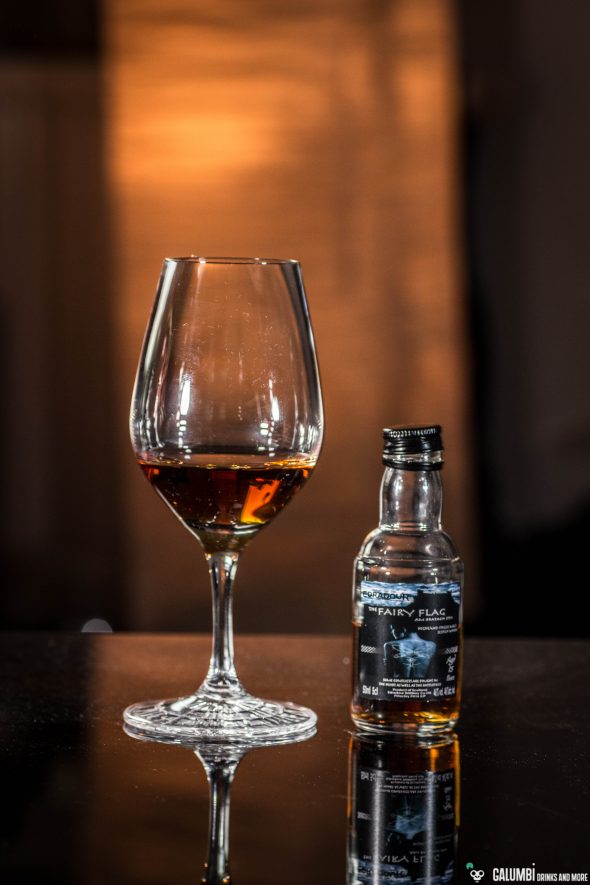 The Edradour Fairy Flag is a whisky with quite a proud age (15 years), at least in times of increasing NAS bottlings (No Age Statement). The first eight years it was allowed to mature inside of former bourbon casks made from American white oak and then subsequently to have another 7 Years in former sherry casks from European oak. So we’re not really talking about a “finish” which usually is a term for granting a whisky about 2 additional years in a special cask after the regular maturation process. The Edradour Fairy Flag is not chill-filtered and of a nice, dark color that has been achieved without artificial coloring. It comes at 46% vol. 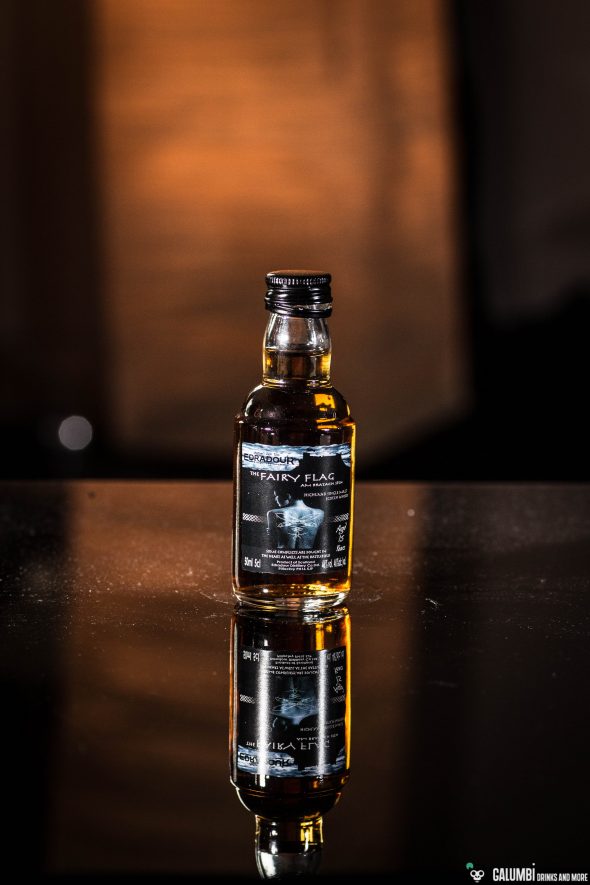 But now lets get down to the basics – the tasting:

Aroma: On the nose it’s a very beautiful and promising single malt. You can scent the full Sherry soul: dark preserved fruits, dried raisins and prunes with spicy honey and a distinct sweetness. In the background there’s a very fine smoke, one that is not immediately noticeable. I really enjoyed the nosing!

A really great whisky that I absolutely enjoyed to present here! 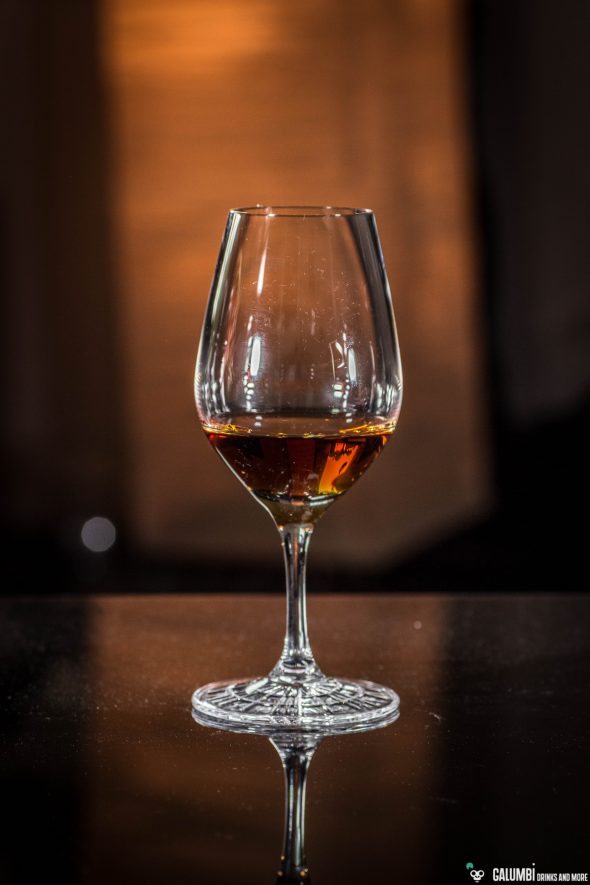