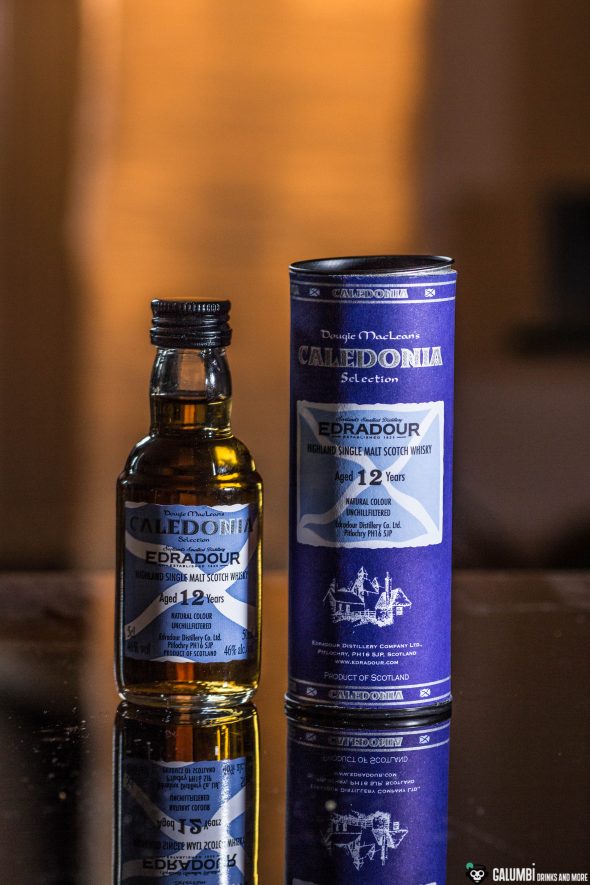 It has been quite a while since I have last reviewed a Single Malt Whisky here. However, today it’s time to have a closer look on a special representative of the genre, which comes from a distillery that I appreciate very much. It is indeed a whisky from what used to be the smallest distillery in all of Scotland.

The name of the distillery is Edradour, which translates as “between two rivers” or “The River of Edred”. The exact translation cannot unequivocally be derived from the Gaelic language as far as I know. Originally founded in 1825, the distillery in the Scottish Highlands east of Pitlochry was acquired in 2002 by Andrew Symington, who might be known to many as the owner of the independent bottler Signatory Vintage. For a long time Edradour has been the smallest distillery in Scotland but since new smaller distilleries have been found due to the high demand for Scotch whisky, this attribute is no longer true. Edradour distributes a very wide range of interesting whiskys with numerous special maturations that I really like. So, today’s 12 year old Caledonia whisky was crafted by the people at Edradour.

The Caledonia is a very interesting whisky since it first undergoes a long aging process in former bourbon casks made from American white oak and was then allowed to mature in second- and third-fill ex-sherry casks made from European oak for further 42 months. The result is a really nicely balanced and intense aroma profile which I will explain further in the tasting below. 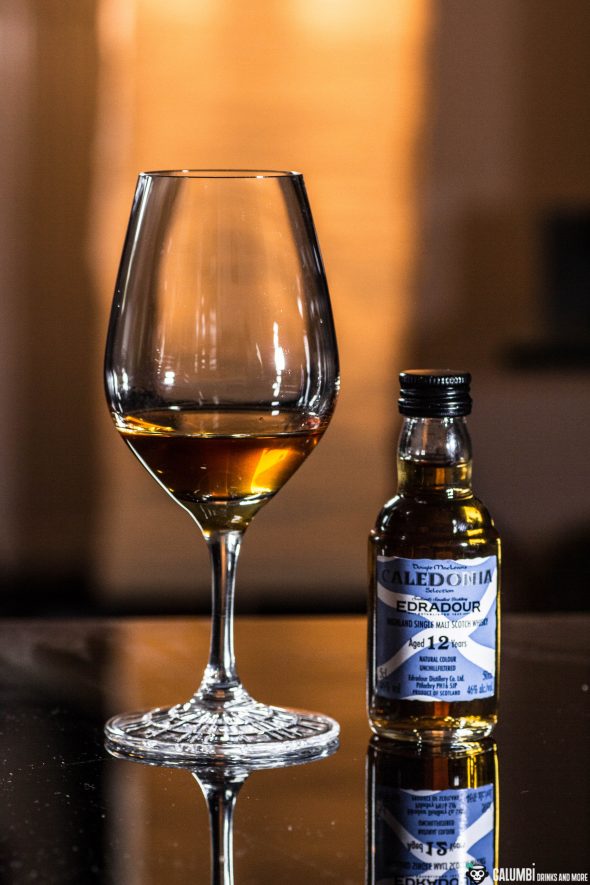 Perhaps some people might already have a certain association with the name of this special whiskys, for the word Caledonia is the Latin name of Scotland. But who thinks that the name was simply chosen as a tribute to the whisky’s home country, is only indirectly right. Actually the name refers to the title of a very famous song from Scottish folk singer Dougie MacLean. And this particular song has  not only served as an inspiration for the making of this whisky, Mr. MacLean has also contributed to the working process together with Andrew Symington, at least that’s what the beautifully designed packaging of the whisky tells us. 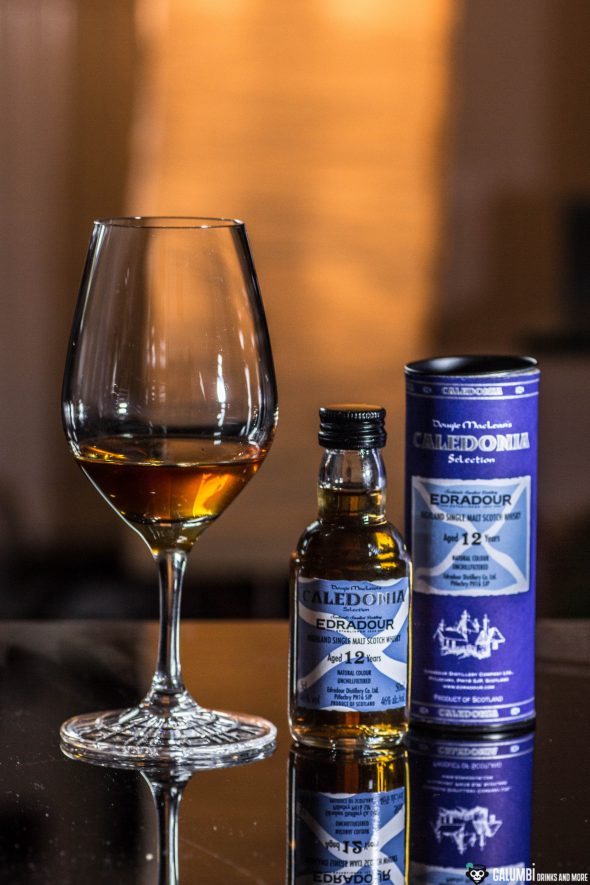 The title song was composed by Dougie MacLean in 1977 in France out of homesickness and today the song enjoys a great popularity as a kind of unofficial national anthem of Scotland. Even I came in contact with that song long before I first encountered the Edradour Caledonia whisky: Almost 6 years ago a friend of mine has brought a CD of Mr. MacLean from an extensive hiking vacation he spend in the Scottish Highlands. I actually do like the music, although I am not a genuine listener to folk music. But who can enjoy quiet, slightly melancholic folk music from time to time will certainly like Dougie MacLean’s music. The song “Caledonia” is without doubt a very catchy tune, so if you don’t know the song, you can convince yourself by watching the video I have embedded below.

But now for the tasting:

Aroma: On the nose, the dominant character of the former sherry casks with pronounced notes of spices, raisins and dark, macerated fruits can be scented. There are also subtle honey notes and some toffee and / or chocolate.

Taste: On the palate the aroma is confirmed, so you can immediately taste strong sherry notes, honey and macerated dark fruits. Maybe some dates and oriental spices can also be found.

Buying sources: The Caledonia can be found in specialized stores. If you are a spirits dealer yourself, I can recommend you to look for the Edradour Caledonia here (only in German language).