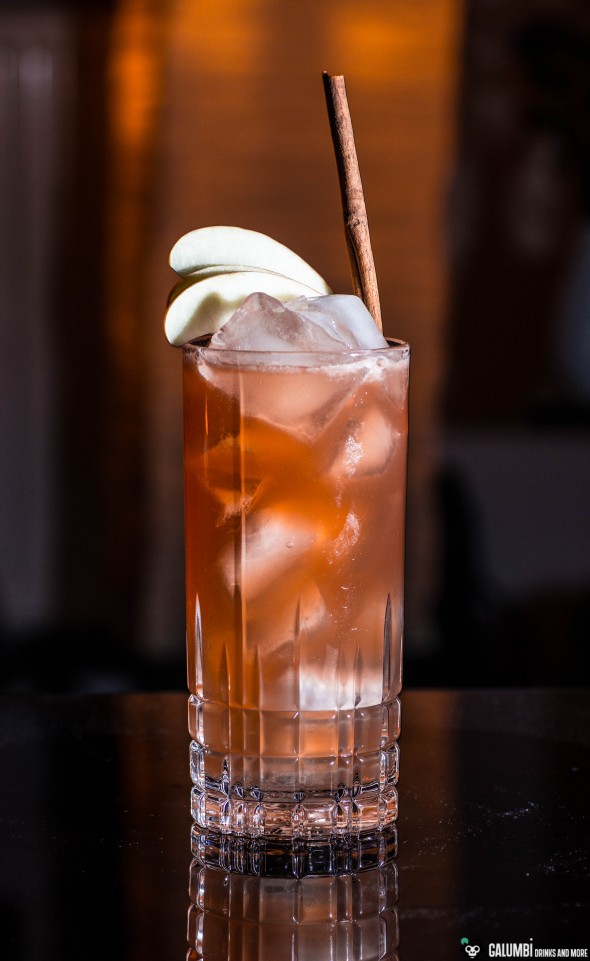 Today’s drink is one of those cocktails that is crowd favourite material: it is not particularly complicated, it relies on well-known ingredients, it is a little more at home on the sweet side and also offers a very common flavour. So it’s high time time to have a closer look on the drink.

The Brazilian Mule is a drink whose recipe was invented by Charles Vexenat, a French bartender from the city of Dijon who migrated to London in order to work there. He became particularly famous while working in the London bar “The Lonsdale” and was awarded mixologist of the year at the 2008 “Tales of the Cocktail Awards”. By now he has found his new adopted home on the isle of Ibiza. With the Brazilian Mule, Vexenat managed to create a very interesting and – as mentioned – catchy flavor innovation, which is of course inspired by the world-famous Moscow Mule. The mule turns Brazilian by replacing the vodka with cachaça, a spirit that is mostly associated with the Caipirinha in Germany and many other European countries. Actually that’s a pity because there’s a lot of diversity and differences in the cachaça market, which, however, is not really reflected in German stores. People are rather satisfied with what they have, simply because they don’t know what to do with it besides a caipirinha. Too bad.

Cachaça is different from rum essentially due to the fact that it is made on the basis of freshly harvested sugar cane (compared to rum, which is usually made from sugar cane molasses). It is thus more closely related to Rhum Agricole as e.g. it is used in the Ti’ Punch.

In addition to the Cachaça, in the Brazilian Mule of course ginger beer is used (which of course is not allowed to be called “beer” in Germany due to the “Reinheitsgebot”) alongside vanilla syrup, apple juice (freshly juiced one is unbeatable in this cocktail!), a little lime juice and some Angostura Bitters. The Brazilian Mule is a fresh and fruity-sweet something that has everything to be a summertime favorite!

Preparation: Shake all ingredients except the Ginger Beer vigorously in a shaker on ice, then strain into an ice-filled glass. Top with the ginger beer.

Garnish: apple slices and cinnamon (I opted for a cinnamon stick, so you can stir around in your drink, if you like to).

Buying Sources: All ingredients should be acquirable in well-stocked supermarkets.