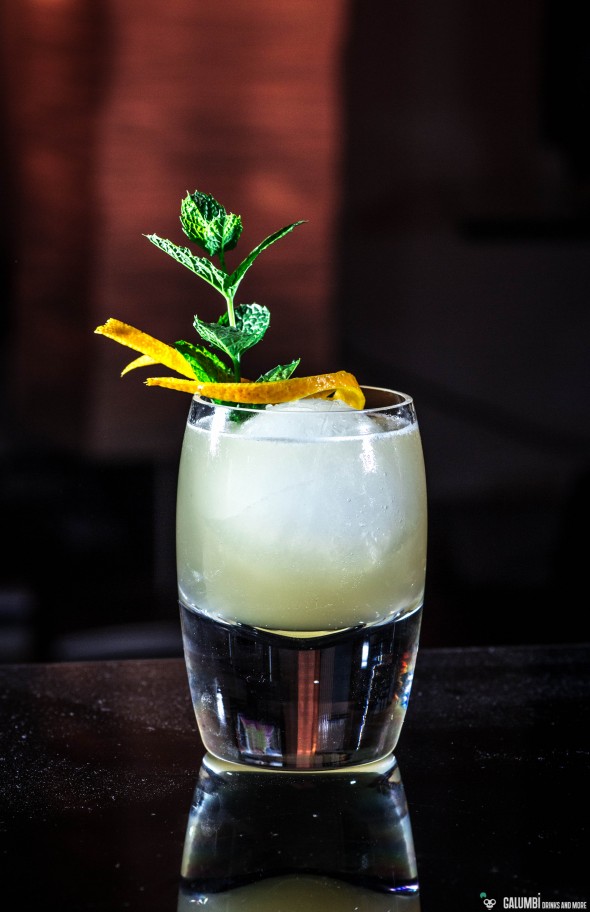 Today it’s once again time for a real classic. A cocktail that almost everyone will know at least by name and most of them will also have tried this one in one or another form: Today’s article is about the Mai Tai. However, the project to write a short article about the Mai Tai turns out to be a treacherous minefield.

And that has its reasons, especially when it comes to terms of authorship: The Mai Tai is very often the subject of passionate quarrels. How to serve it, how to mix it and most of all: who has invented the cocktail? Most people have no great doubts about the fact that the Mai Tai was invented by Victor Bergeron, who has become famous under the pseudonym „Trader Vic“. Along these lines, the more or less official version is that Bergeron invented the drink in 1944 in his restaurant „Trader Vic’s“ in Oakland, California. According to Bergeron’s memories, two Tahitian guests (and friends of  Bergeron) did like the drink so much they showed their enjoyment by stating: Mai Tai Roa Ae (roughly: „Incredibly good!“) and the name was born.

However, Ernest Raymond Beaumont Gantt alias Donn Beach alias „Don the Beachcomber“, the god father of the tiki era claims the invention of the Mai Tai for himself. In his version, he served a drink called Mai Tai Swizzle before the year of 1944. Not enough: In addition to that, the Royal Hawaiian Hotel in Honolulu claims to have invented the Mai Tai at their hotel bar. And this happened already in the 1920s.

There were litigations (between Bergeron and Donn Beach) about the cocktail and many lively discussions that are not subsided to this day. Trader Vic says in his 1972 book „Bartender’s Guide“ : „Anybody who says I didn’t create this drink is a dirty stinker“. The Royal Hawaiian Hotel celebrates being the birthplace of the cocktail until the present day. And in all this chaos there is also still the fact that in many places the drink has degenerated over the decades into a completely loveless dishwater-like concoction made with cheap rum and plenty of juices and syrups. Sadly, those “Mai Tais” often taste as good as getting a hack on the shin.

In this sense, it seemed appropriate to me to show the drink in more than one version and to publish multiple recipes. So here is the recipe of Trader Vic’s version, as well as that of Don the Beachcomber. And because it is a complex matter anyway, I even added a third recipe, namely a modified version of mine which relies on an Italian hazelnut liqueur and Falernum. Since I am not a big fan of marzipan, this „Galumbi-Mai Tai“ tastes even better to me, although it might be a slightly different cocktail… but, you know… who cares?

Preparation: Mix all the ingredients in a shaker on ice, shake vigorously and strain into a glass filled with fresh ice.

Garnish: twig of mint and squeezed lime half

Preparation: Mix all ingredients and shake vigorously on ice, then strain into a glass filled with crushed ice.

Garnish: fruits and a straw

Preparation: Mix all ingredients including the squeezed lime half and shake vigorously on ice, then strain into a glass filled with an ice sphere. Spray the oil from the orange zest (see Garnish) on the surface.

Buying sources: Visiting a specialized spirits retailer might be necessary in order to obtain some of the rums, liqueurs or syrups.