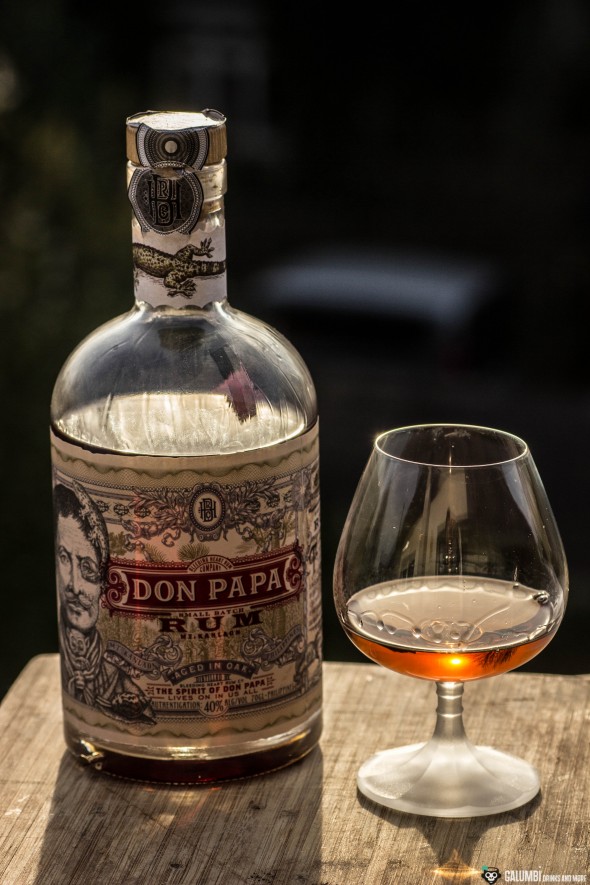 “Rum” – images of seafarers in the Caribbean or sugar cane plantations in South America incidentally come to the mind. Hardly anyone will think of the Asian Island state Philippines off the north coast of Indonesia when hearing the name of this kind of spirit. But exactly this is where today’s rum of the hour, the Don Papa Rum, comes from. Several people on multiple channels have recently recommended this spirit to me and I’ve heard that supplies quickly were sold out on one or the other spirits fair in the last months.
Well, I was able to get a bottle – which actually wasn’t really hard to do.

The Don Papa rum is named after Don Papa, one of the lesser-known heroes of the Philippine Revolution. And since Don Papa has worked on a sugar plantation before his revolutionary activities, the opportunity to name a rum after him opened up by itself. The blended rum comes from the island of Negros in the Philippine archipelago, where it has matured for more than seven years at the foot of Mount Kanlaon in barrels made from American white oak. Whether it has matured in fresh barrels like bourbon would, or whether the American white oak barrels have previously included Bourbon, the manufacturer does not tell on the label of the bottle, but it can be assumed that the latter is likely to be the case.

Before I’ll lose some words on the taste of the Don Papa Rum, I would like to commend the design of the bottle. The Don Papa Rum is really nice to look at and on closer inspection the label shows some unusual image of its namesake Don Papa, who is showcased with various animals in his likeness: A snail as a mustache, a gecko in his hair, a monkey in his lapel and so on. In Germany Don Papa Rum is incidentally sold by the same importer as the Reserva Exclusiva Ron Botucal, which offers an entirely different (much chocolaty) flavor profile. 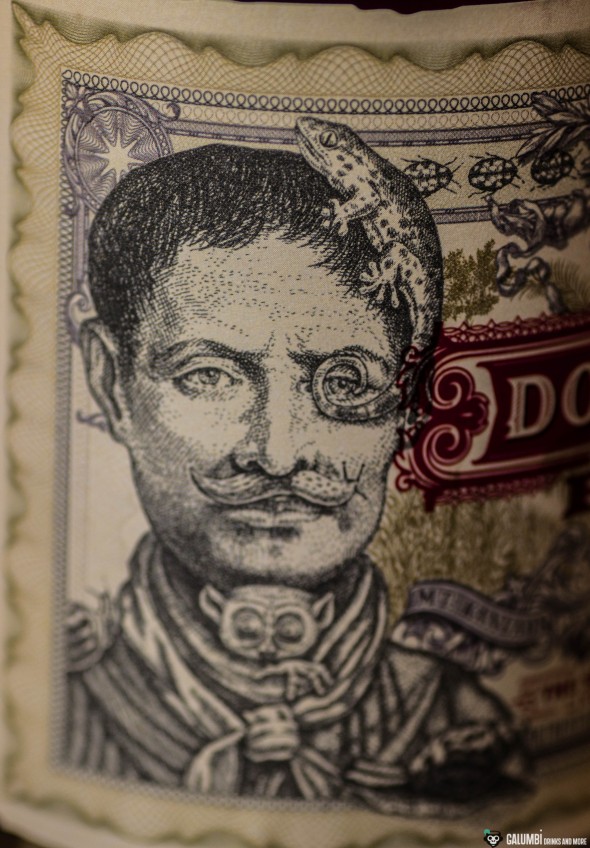 Nose: Concentrated, multi-faceted sweetness flows into the nose with perfume-like orange and vanilla apparently from the white oak barrels with a cargo of spices.

Taste: The sweetness of orange and vanilla become absolutely clear with subtle spice notes of cinnamon alongside candied fruits and a hint of coconut. Nonetheless it tastes a little artificial.

Subsequent information: In the meantime, many unpleasant details about this rum have come to light. Besides the immense addition of sugar, Don Papa also contains glycerine and according to some sources more than 350mg vanillin per litre. To keep up the appearance of a handcrafted rum while not using the appropriate name “Spiced Rum” or “Liqueur based on Rum” or the like, is basically cheeky.

Buying Sources: You can find Don Papa Rum in well-stocked liquor stores or of course on the Internet.