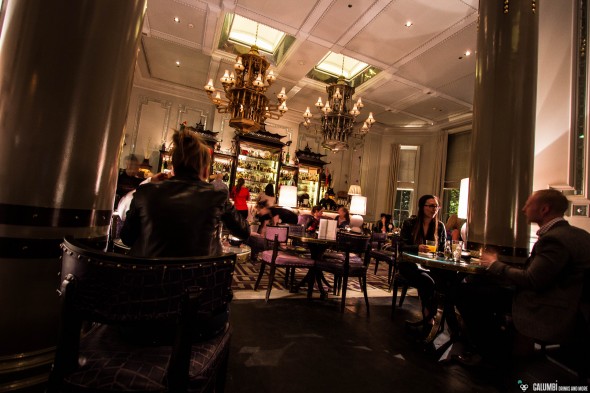 Today we’re dealing with nothing less than the best bar in the world. At least if you want to believe the jury of the International Drinks magazine, who rated it “Best Bar in the World” the third year in a row. But although you can certainly argue about individual placement differences, one still must admit that entering the top level of this ranking does not happen by chance. Thus, the Artesian therefore holds a title which brings some obligations with it to a certain point.

The Artesian is located on the ground floor of London’s Langham Hotel at Portland Place in the Marylebone district of the city. You can’t overlook the hotel and unlike some Skybars or Speak Easys hidden in backyards or behind a labyrinth of elevators, you see the entrance to the Artesian Bar almost directly upon entering the hotel lobby. When we arrived there, the really friendly stuff welcomed us immediately and asked whether we would like to take place at the bar or at a table. We originally chose the bar to have a good view on the bartenders preparing the drinks, but since the bar had no free seats, we decided to better take one of the tables after a short time, cause we we’re walking around London all day long and our feet had become a little bit tired. Today I somewhat regret this decision, because I’d really loved to watch the drinks evolve, but as the whole visit at the Artesian turned out to be an awesome gastronomical experience, that does’nt really matter.

When we visited the Artesian in 2014 an the signature were listed in the so called “butterfly Wheel”-menu. It was a metallic wheel with a rotating disk inside which allowed you to see the signature-drinks available through a small window in the metal round. 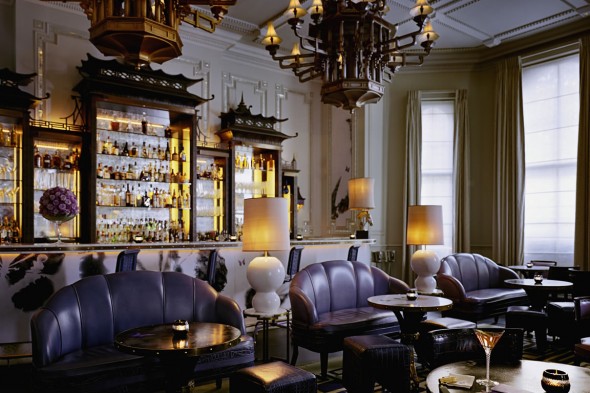 The Artesian has a classic and elegant interior: Heavy chandeliers are hanging from the ceiling, the bar itself is arranged openly and exudes a Victorian charm. The quite spacious guest area is filled with tables and leather couches where you can take a seat and relax to the sound of lounge music.

The head bartender of the house is Alex Kratena who works with his Assistant Head Bartender Simone Caporale (whom some might know from Jamie Olivers Food Tube) on setting new standards in terms of cocktails. To achieve this goal they rely on high quality ingredients and try to reach new new levels of harmonious compositions of taste, scent and texture. The Artesian is something like the Michelin-starred restaurant among the cocktail places – without being too formal!

My wife chose the really excellent drink Aqui Estoi consisting of Don Julio Blanco Tequila, Taylor’s Velvet Falernum, lime juice, Mezcal Chichicapa, Shisho and rose water. A true revelation of aromas located somewhere between a flower garden, smoky mysticism and exotic freshness. The Aqui estoi was served in a skull whose eyes were filled with roses. An allusion to the Día de los Muertos, frequently encountered in the Mexican bar scene. However, the truly extravagant “gimmick” of the drink was the Sombrero, which the skull was wearing on its “head”. When the hat was lifted, a fragrant fume of burning chinese cinnamon escaped and you could see a slice of lime with the smouldering cinnamon on top. A trick that has really made an impression on me and since that day I have also used something similar for a few times in different contexts (eg for my Chantico’s Chocolate).

My choice fell on the Above & Beyond, a cocktail with the promise of more complex and dark bitter notes, mixed from Zacapa Rum, 30-year-old Pedro Ximenez, Fernet Branca, Crème de Banana and mandarin bitters. This cocktail of course also wasn’t just served the usual way: I got a classic tumbler filled with the cocktail on a large, hand-carved ice cube. Above this tumbler a pillow similar to an oven bag was “floating”. It was filled with flavored air and a small bag of Guatemalan worry dolls. The waiter asked me if this was my first Above & Beyond and whether he should open the cushion for me, or if I want to do it myself. Of course I chose to do it myself, and, after a further explanation of the waiter, I pricked it open with a finger and the waiter carefully let the eucalyptus and root tones inside of the air filled bag escape into my direction. “To bring you in the right mood for the drink.”  he stated.
The intense scent was really captivating and I remember that I got goose bumps in this specific moment. It all turned out really excellent and the Above & Beyond kept what it promised: Dark complexity, multi-layered aromas as I love it. 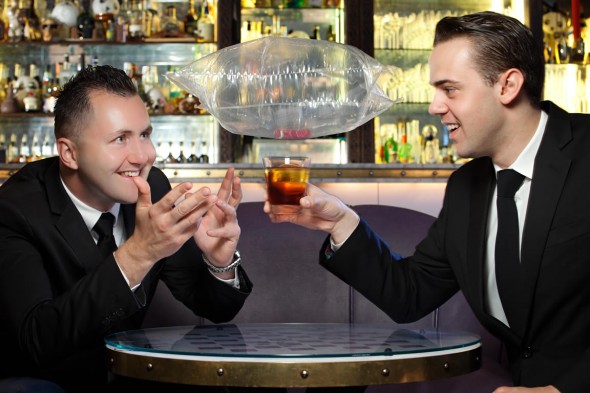 After that we had a Love Tricks cocktail, which also is a wonderful mix of Linie Aquavit, Tio Peppe Fino sherry, lemon juice, cedarwood syrup and Angostura Bitters, which was served in a sugar crusted champagne flute with a pair of red painted lips of white chocolate. In addition to that we ordered a just new cocktail called “The Digidiva” consisting of Elyx vodka, Fino Sherry, Aqua di Cedro, cypress syrup, a solution of citric acid and soda. This drink was served in some kind of a horizontal vessel into which all sorts of flowers and herbs have been inserted for flavoring purposes. An absolute feast for the eyes! (The Digidiva is named after the many London girls not knowing what to do without their smartphones. If you want to try to mix a Digidiva on your own, you can use the recipe published by Mixology.eu. But be aware: this recipes is not something you can do quickly and without a certain effort – and it is written in German.) 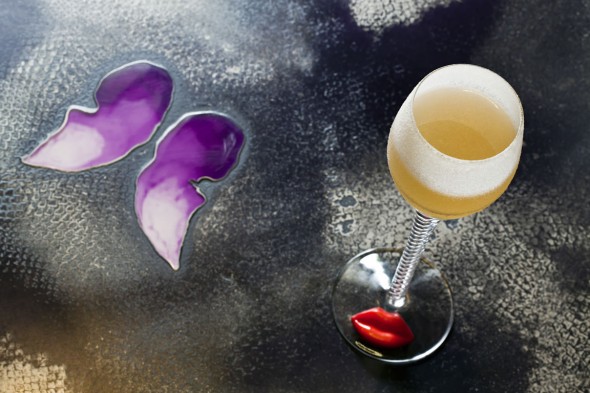 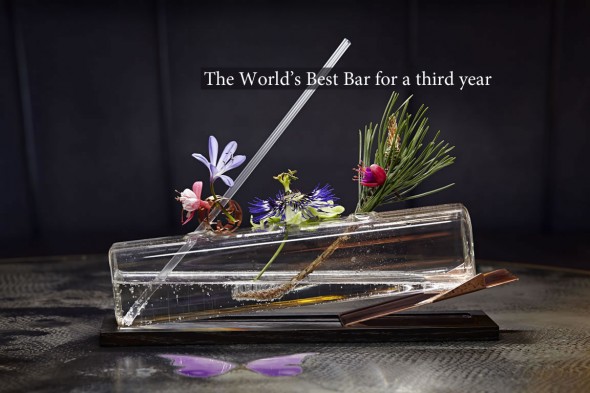 Of course you can also order delicious food and snacks at the artesian, which I’d also like to recommend. 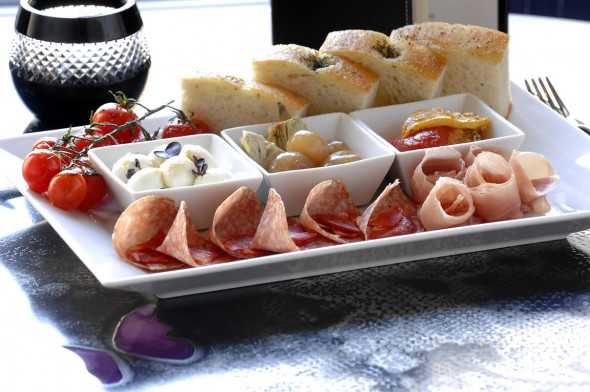 During our visit we quickly realized that the Artesian indeed is a real heavyweight. It might currently be the best bar in the world. We would have loved to also try the rest of the menu and spend the whole night at this place, but since we’re talking about strong drinks which come at 17 British Pounds each, leaving after two drinks might have been a good decision both in terms of health and money. However, if you travel to London, you should have a drink at the Artesian once. You won’t ever forget it.

(Meanwhile the Artesian has opened up a second location in Hong Kong.)

2 thoughts on “Travelling Bars (4): The Artesian in London”