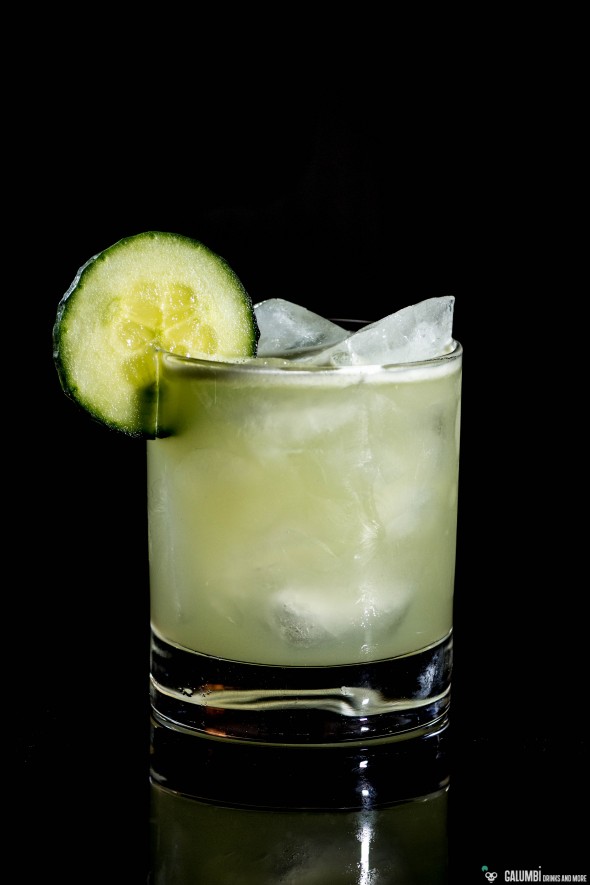 “The one we use to drink on Sundays” (german original “Der, den wir immer sonntags trinken”) is a cocktail which officially does not really exist under that name. It was recommended to me by a friend from Berlin who had one of these at the “Le Croco Bleu” Bar. The story behind the name is a quite short one: It’s simply what the name says. Since it sounds quite funny and unusual I decided to take over this title. You could also name it a “Sunday Smash”, because it is actually a drink from the smash-category.

“The one we use to drink on Sundays” relies on the much-loved combination of gin and cucumber. However the proportion of ingredients is a little bit different than in most other drinks. The mixture is a really fresh one and slightly reviving. So you don’t have to assume why they’re always drinking it on Sundays. I would describe the taste as somewhere between a gimlet and a cucumber salad. This may sound odd, but it really is a delightful experience. So give it a try!

Recipe (as I received it via Whatsapp message from my friend in Berlin):

As usual when preparing a smash, mix all ingredients in a shaker with lots of ice and shake vigorously for about 30 seconds. The chopped cucumber demands a certain amount of space inside the shaker, so you definitely can prepare only one of them at a time. Then double strain into your chilled glass.

One thought on ““The one we use to drink on Sundays””