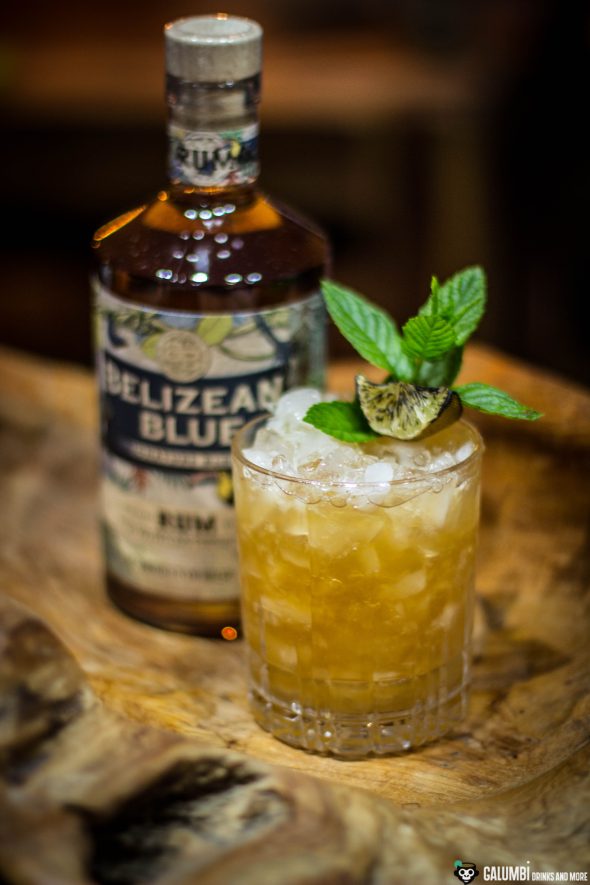 It has been quite a while now since I first came into contact with a rum from Belize. It was an 11-year-old Compagnie des Indes Rum with a proud abv of 66% that convinced me immediately. Since then, I have only once or twice ever had a rum from Belize in my glass and must confess that despite this very successful initial moment, I have not pursued the whole topic as intensively as I could have. All the more I am pleased to be able to taste today once again a liquid greeting from the Central American Caribbean state. (provided test product)*

This “greeting” is the Belizean Blue, a rum bottled by Travellers Liquors Ltd. and brought out on the European market by the so-called Belizean Blue Spirits Company from Amsterdam in the Netherlands. In addition to the strikingly designed bottle and packaging, on which the eponymous Belizean Blue butterfly is also depicted next to the toucan as the national animal of Belize, it is particularly striking that it is a blended rum. With an uncomplicated 40% vol., this rum is obviously also aimed at the broad market, which has probably had less contact with rum from Belize.

Sugar cane grown locally and according to fair trade principles forms the basis for this blend (the molasses made from it), which was allowed to mature after distillation for seven years in former bourbon barrels. No coloring or sugaring was used in this rum, which is a clear plus that can’t be emphasized enough, really. So, a “sweet rum” experience is not what I have to expect (I’m glad) – and anyone looking for one can basically stop reading from here on out. 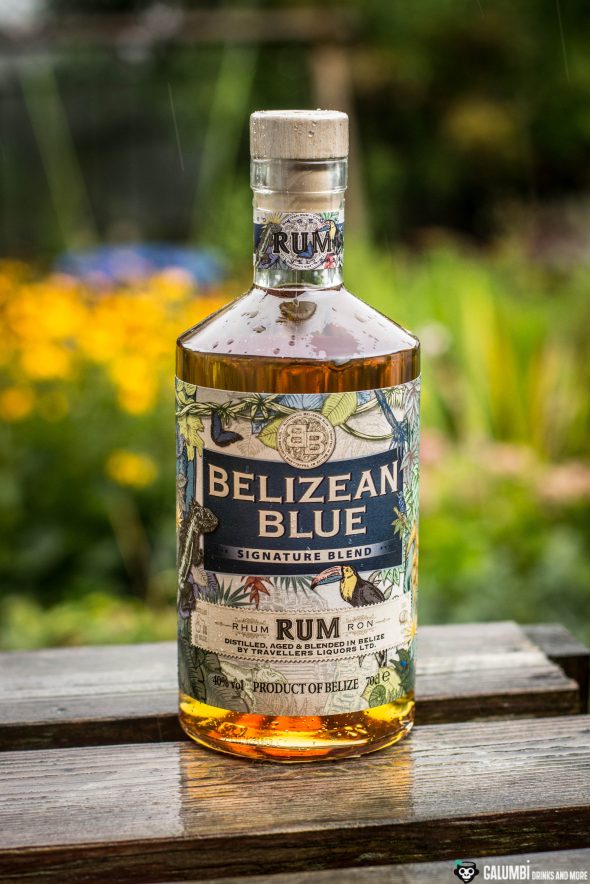 Aroma: On the nose, I find a thoroughly nice, rather classic rum characteristic without too many surprises or deviations. A pronounced vanilla note that also brings some caramel is likely due to the aging in the bourbon barrels. Behind that, I find subtle notes of bright fruits, but also spices like nutmeg, cinnamon and subtle coriander.

Taste: On the palate, the Belizean Blue Rum also confirms the impression it already left on the nose: relatively straightforward, but quite successfully balanced, one finds here a melange of subtle spicy notes, vanilla and caramel as well as the basic characteristic of an aged molasses distillate. A very slight herbal impact is also apparent, although it does not seem edgy or complicated at any time due to the 40% vol. Personally, I would have been pleased here about a little more alcohol and associated flavor components certainly, but it is just a rum, which has been deliberately bottled at 40% vol.

Clearly, a rather classical rum lends itself to an established tiki classic. This one may not be a classic of the first tiki generation, but it’s still a nice drink in which a rum can also show what it brings to the table aromatically: the Ancient Mariner by Jeff “Beachbum” Berry from 1994. 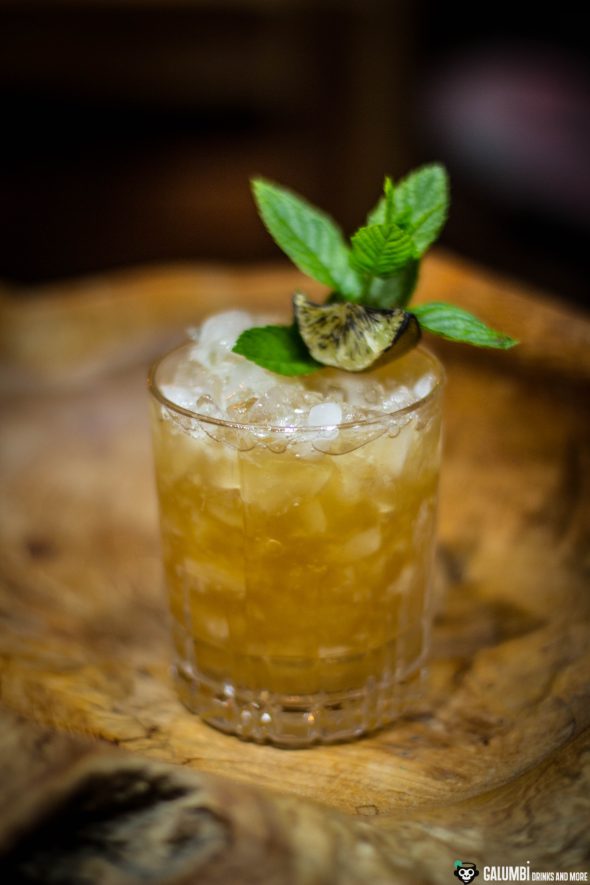 Preparation: Shake all ingredients vigorously on ice and strain into pre-chilled glass filled with crushed ice. 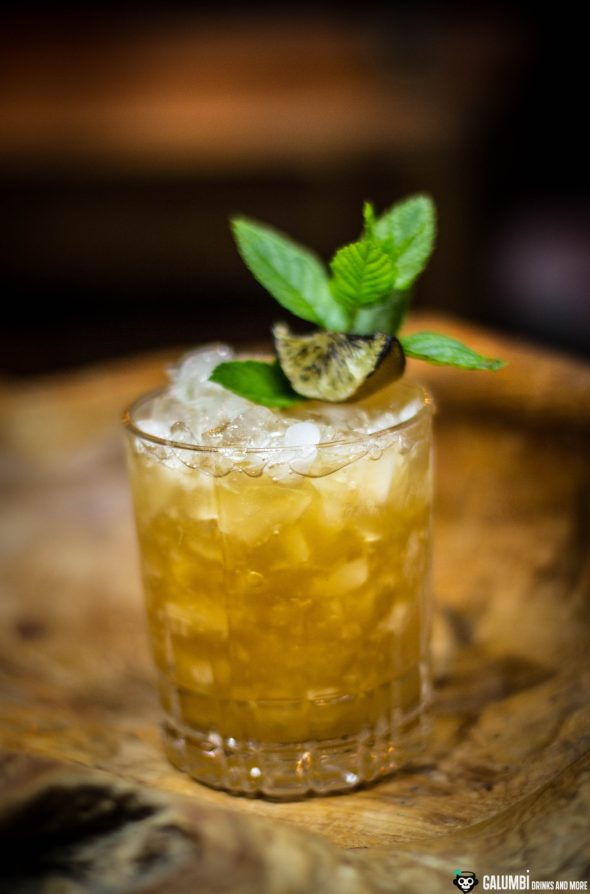 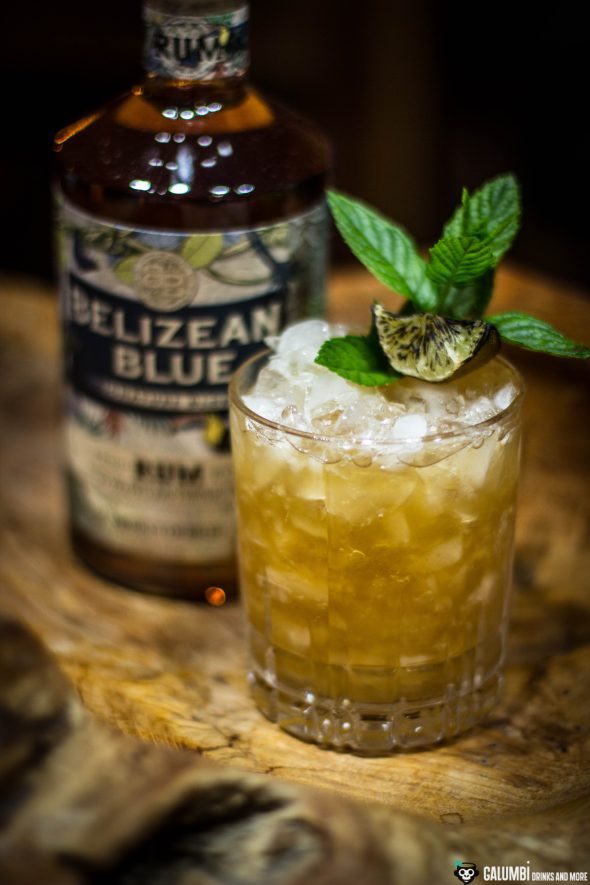