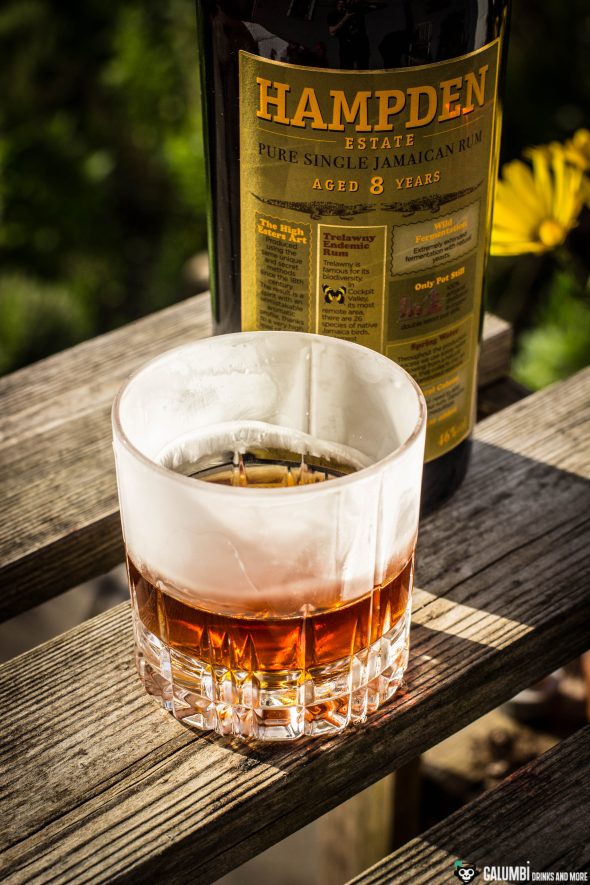 Yes, they exist: tastings and review articles that you look forward to a little more than to others. And today’s is certainly one of them, which of course has good reasons, which I would also like to go into: I already know the predecessor bottling (and loved it), in general today we are in the core area of my personal preferences and in addition I appreciate the manufacturer and the transparency associated with the product as well as its reputation on a complicated and not always completely honest market. You might have guessed: Today it’s about rum: rum from Jamaica, to be precise – even more precise: rum from Jamaica, distilled at Hampden Distillery. (provided test product)*

Of course, anyone who knows a bit about rum and has an overview of different styles and flavors will be familiar with Hampden Distillery. Hardly any other name is as strongly associated with the high ether rums from the Caribbean state of Jamaica. Not everyone likes the “Jamaican Funk” (some even hate it), but many also love it. There are one or two parallels to Scotch whisky from the Hebridean island of Islay. In a way, Jamaica is the Islay of the rum world, to throw a somewhat bold hypothesis into the room.

Now, I have already reported in the past about two bottlings that are already recognizable at first glance as direct relatives of today’s rum. There was the Hampden Estate Pure Single Jamaican Rum without age statement (looking at this article makes me want a Trelawny Negroni) and the Hampden Estate Pure Single Jamaican Overproof Rum. Today we are dealing, in a sense, with the successor to the former bottling. Bottle and label have remained almost the same, but in addition to the label color, a few other crucial details have changed: first, an age statement of eight years is now emblazoned centrally on the bottle label, and second, in addition to the age of the rum, its rum marque has also changed, which – to use the comparison once again – is in a sense a kind of counterpart to the ppm statements in Islay whiskys (for those to whom Jamaican rum marques mean nothing at all, a look at this informative page on the subject is recommended). The new rum marque of Hampden Estate Pure Single Jamaican Rum 8 Years is now OWH (Outram Warmold Hussey) and represents the lowest rum marque of Hampden Distillery with regard to the ester content. Here, we will find only an ester content of 40-80 gr/hL AA. 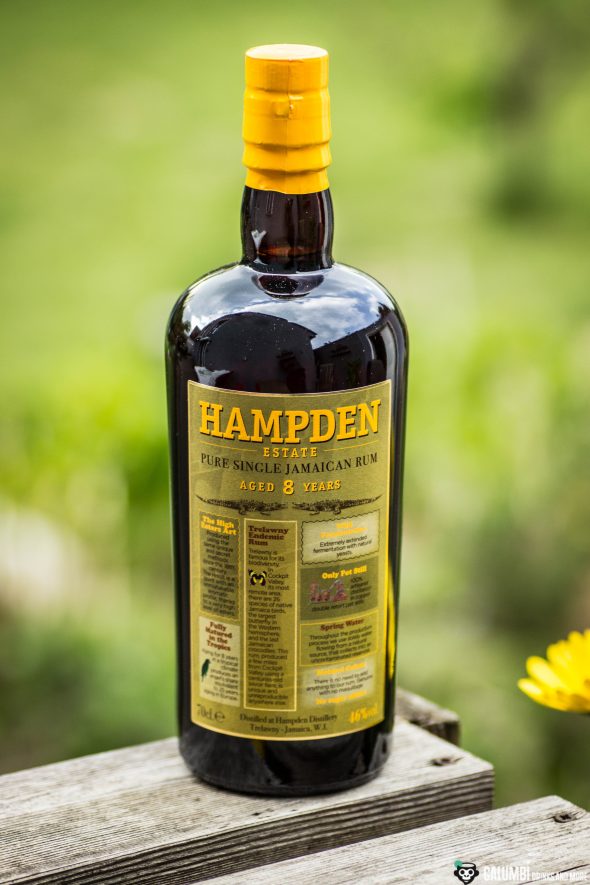 This is quite a bit surprising, since of course it is precisely the ester notes that many associate with Hampden and also expect, but to what extent this already allows a preliminary conclusion about the rum, it remains to be seen. After a wild fermentation of the base molasses, it is distilled on a copper Double Retort Pot Still and finally matured for eight-years. With 46% vol., the Hampden Estate Pure Single Jamaican Rum 8 Years comes in the bottle. So how does it perform in the tasting?

Aroma: Oh yes, this is Hampden, no question. And the fears that any “funk” would be lost here with the lower marque are definitely not proven true. Sure, we’re still talking about an ester content here, which is far above what most rums out there offer. I immediately perceive a mixture of fermented fruit (ostensibly the typical pineapple) with notes of burnt. It reminds me a bit of slightly burnt meat, perhaps a Spanish chorizo (that sounds very weird, I know, but it’s really great!). This is joined by diffuse herbal notes, the fruit components expand over time towards other tropical fruits (some mango, a hint of passion fruit), there’s also some glue involved – plus a subtle, underlying vanilla and raisins shine through. It definitely turns out different from its predecessor, but of course parallels are there, especially with regard to the distillery character.

Taste: this is a bomb on the palate, too! Sure, it’s “only” 46% by volume (for those who think I’m crazy now, most Hampden bottlings that have attracted a lot of attention in recent years are usually – sometimes significantly above 50% vol.), but still, the Hampden 8 years immediately coats the entire mouth cavity with its intense character. Tropical fruit (less clearly pineapple-oriented than on the nose, more along the lines of mango and guava), roasted banana (and again some chorizo), fermented fruit, associations of roasted coffee and again some vanilla.

In direct comparison to the previous version, many similarities can definitely be seen and anyone who was now afraid that in view of the OWH marque, there was now suddenly “hardly any Hampden” in the bottle, can be reassured. Nevertheless, of course, it also shows that the rum has become a little less “nerdy” and is now also aimed at a more ester-inexperienced audience, without directly polarizing too much. However, I also really like this bottling extraordinarily well.

So now I had the honor of gently giving the rum a bit of a carousel ride in the mixing glass and doing something nice with it. And then I thought of a drink that I had already tried in another context – and which I found quite fantastic. In a way, it’s a variation of the classic Sazerac: the Colonial Ties cocktail by Eric Alperin from “The Varnish” in Los Angeles. In the original – depending on the ice used – the addition of 1 cl of water is recommended. While I use solid ice and not wet ice, the drink somehow tastes better to me with 0.5 cl or no water at all. 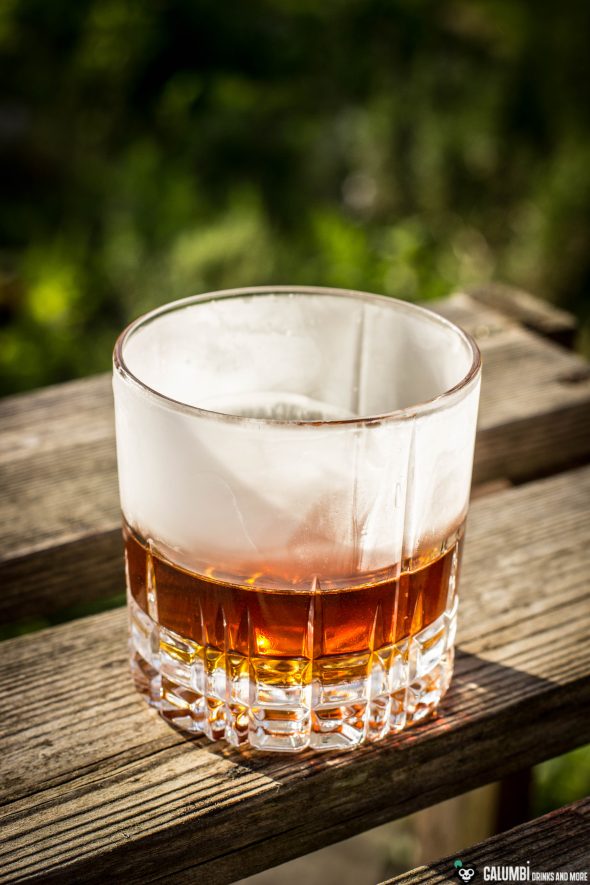 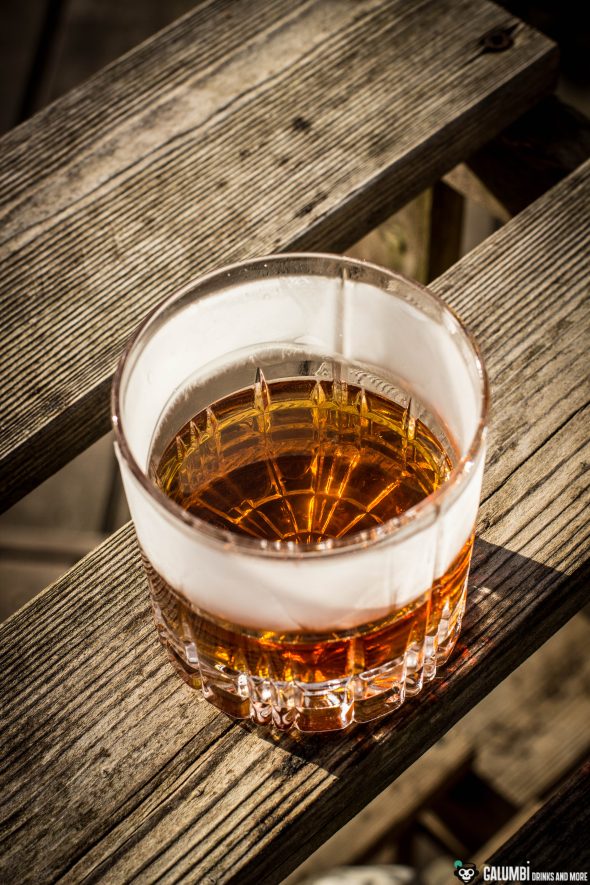 one bar spoon of absinthe

Preparation: First, “wash out” the really well pre-cooled (!) glass with the Absinthe: Put Absinthe in the glass and turn it in your hand so that the inside is covered by a thin film of Absinthe. Then first stir the other ingredients cold in a mixing glass on ice and strain into the Absinthe-washed glass.

Garnish: none (no frills necessary). 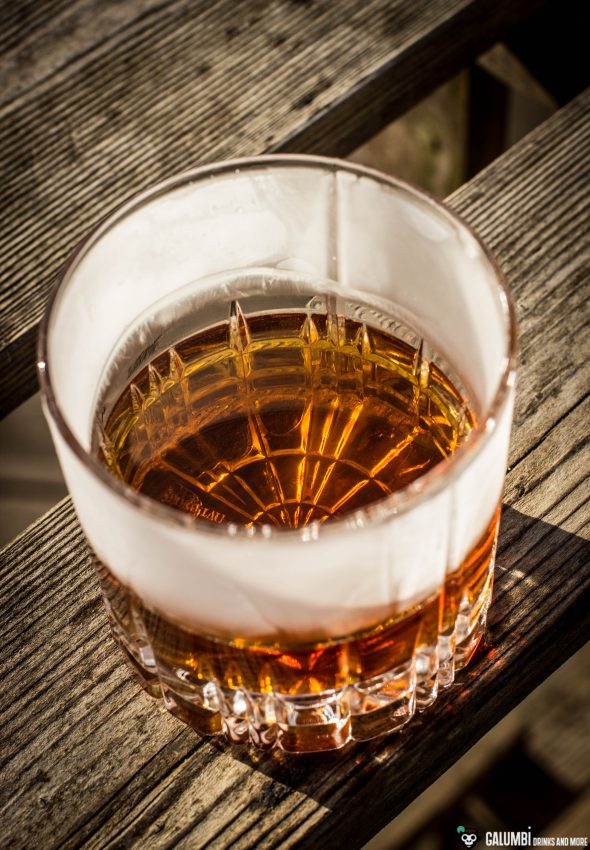