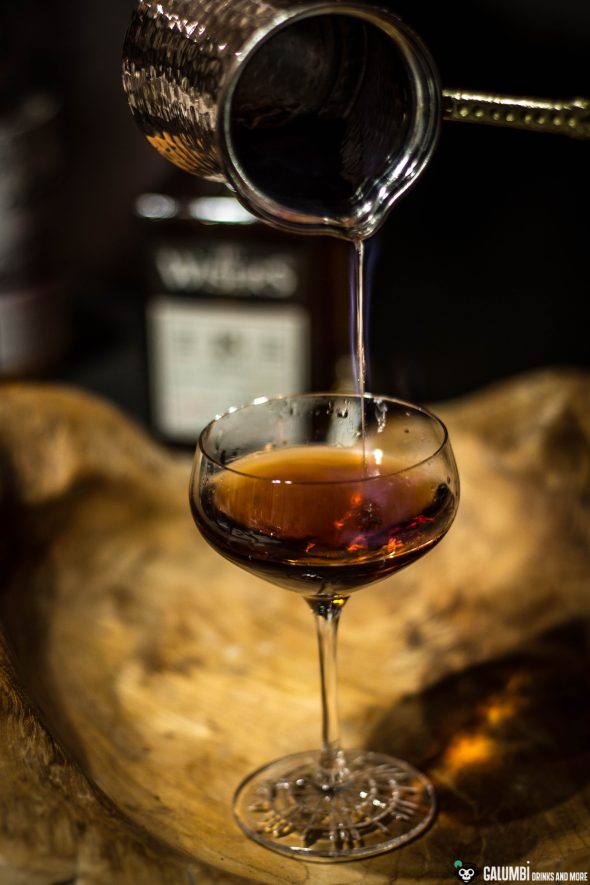 Gradually, it begins to creep very gently and quietly into our consciousness: the pre-Christmas season. Admittedly, it’s just the beginning of November and Christmas is still two months away, but nevertheless the first conversations about the subject are beginning, children are increasingly expressing their wishes and in the supermarkets…. well they are already prepared since August at least. So it makes sense to take a closer look at a cocktail and a whisky suitable for Christmas. (provided test product)*

Admittedly, what I didn’t mention in my introduction is the rampant cold season, which is particularly mean this winter after the 2020 pandemic year, and which has taken hold of me in its various facets over the past few weeks. But now it’s time once again to devote a little time to bar culture. But first – as usual – a look at the basic product: The J.P. Wiser’s 18 Years Old is a Canadian blended whisky. Canadian whiskys haven’t played a big role here so far, but of course Canada is a country with a proud whisky tradition that is also highly regarded in the United States. And J.P. Wiser’s is also the oldest continuously produced whiskey in Canada (since 1857, as the label also proudly reveals). However, the whiskey is no longer distilled in the same place as it was in the 19th century (at that time, John Philip Wiser bought a distillery in Prescott, Ontario). Since the 1980s, the whiskey has been distilled at the Hiram-Walker & Sons Distillery in Windsor, also in Ontario. 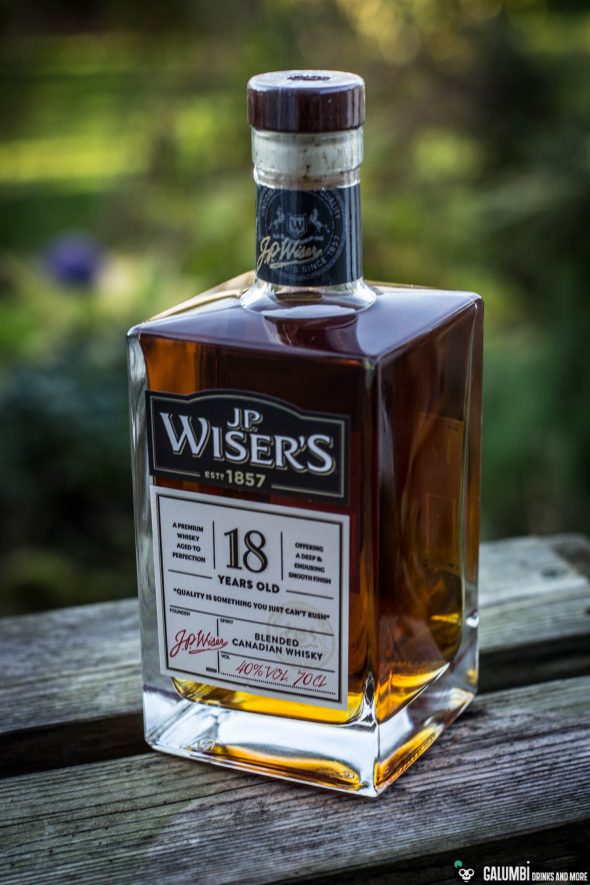 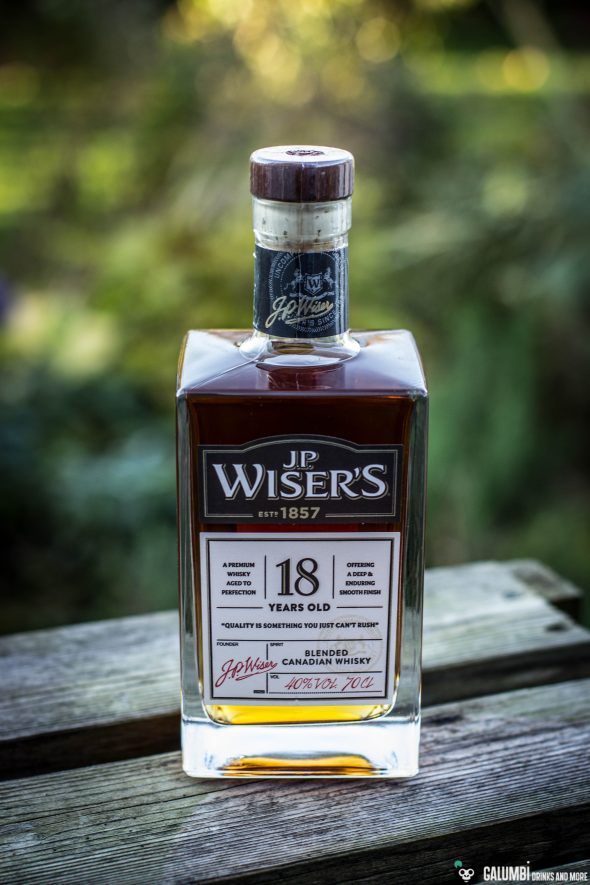 Anyone who knows a little about whiskey in general and / or Canadian whiskey in particular, will know that age specifications are also bindingly regulated there. This means that J.P. Wiser’s 18 Years Old actually does not contain a drop of whisky that is younger than 18 years. A proud age – and especially for a Canadian whisky even more so, since they usually bottle and sell younger whiskys. What I find particularly exciting about this blend is the fact that all the included whiskys are based 100% on corn – that is also anything but self-evident. The whisky is distilled twice on column stills and then matures in Canadian oak barrels. It is bottled at 40% vol. Unfortunately, the whisky was colored, which in view of the age probably rather serves the uniformity. Still, it would have been nice to see a natural color here. It is not known if chill filtering was used.

Aroma: Yes, this is a really great whisky for the cold season! Nice, spicy oak tones dominate the nose at first. Immediately I find rich spice notes of cinnamon, nutmeg, a little allspice and a hint of clove. The official tasting notes also speak of aster – here I actually have to pass, because I do not have the smell of aster in my active olfactory memory. Probably, however, apples shine through, moreover, an association of sweetness, which, however, remains rather background. Pine and an idea of autumn leaves I can also find.

Taste: A rich, spicy caramel note greets me, then I find notes of apples again, as well as a potpourri of spices and herbs. The official tasting notes sum this up as “baked apple” – and indeed, I can very much agree. A really nice Canadian!

Finish: long with oak and spice.

In terms of cocktails, it should be something warming today. For this, I created a drink that picks up the apple notes with some Calvados, adds a nuance of heavy red wine depth to the drink in the form of the Mancino Chinato, and finally rounds everything out with cinnamon. A while back, I spotted a very nice variation of a Blazer on the Instagram page Cocktailcircus (Jerry Thomas’ classic Blue Blazer is a legendary drink) that used a Turkish coffee pot (very important: with a handle!). It’s a great idea for creating a blazer without fiddling with special pitchers. I just had to copy that and that’s how I prepared my “Canadian Blazer”. 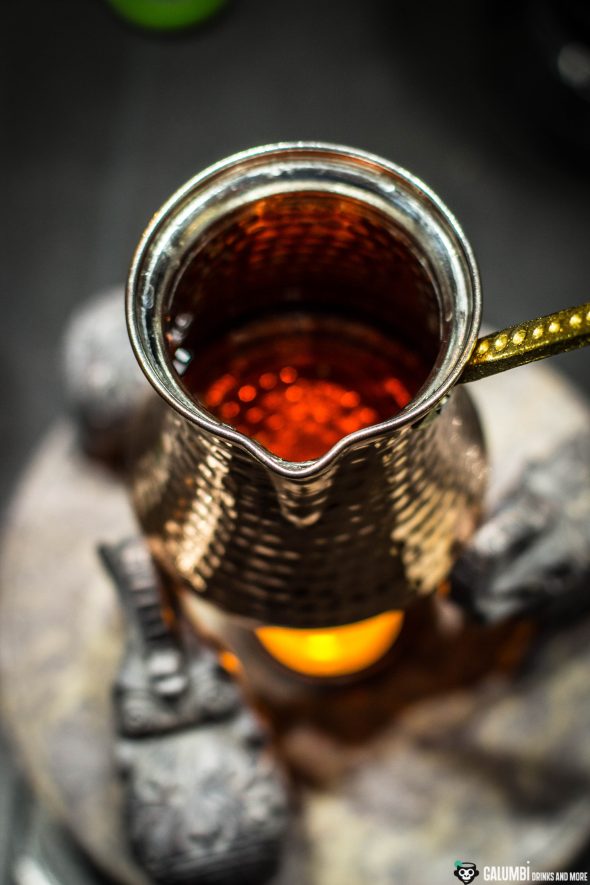 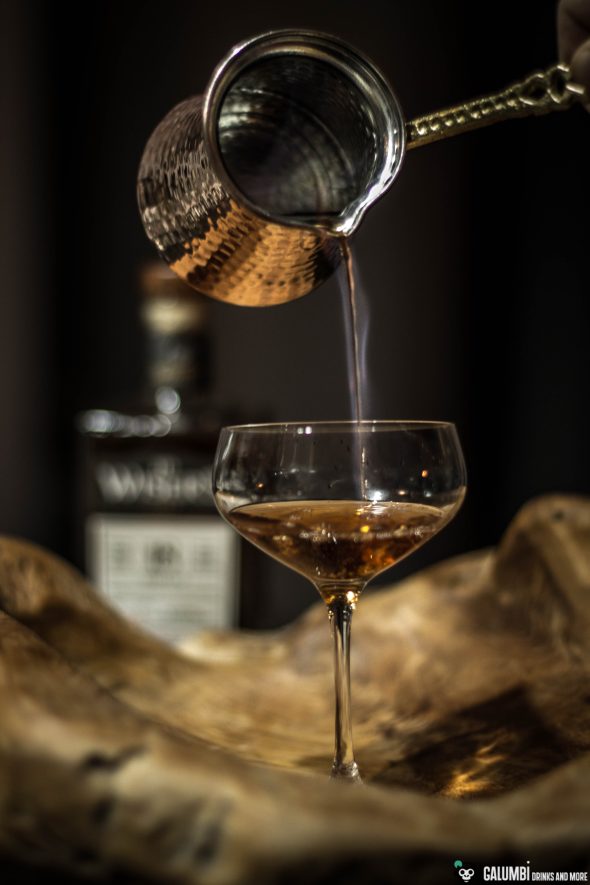 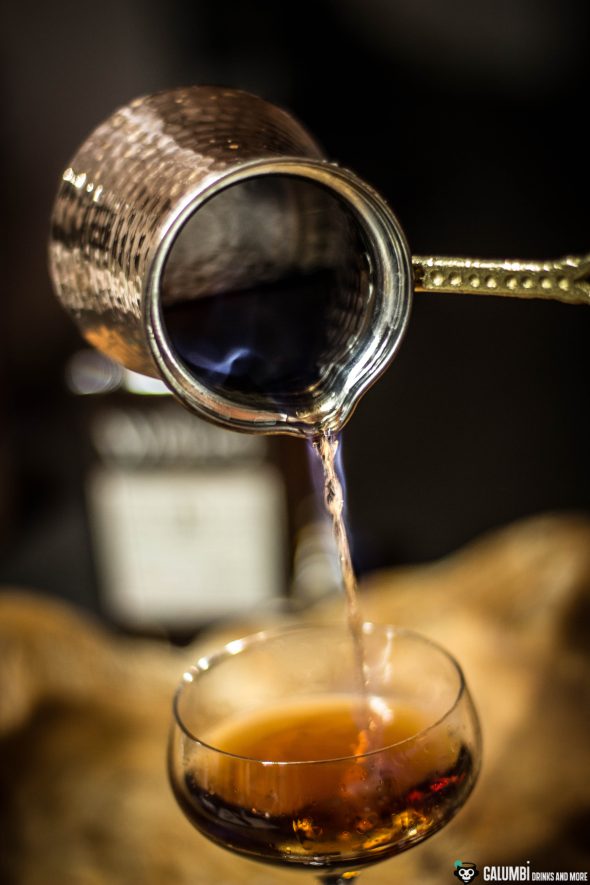 Preparation: Pour 2 cl of hot water into a preheated coupette glass. Now place a Turkish coffee pot over a tea light on a teapot warmer. Then put all the other ingredients in the pot and wait a little. Finally, light the contents and stir a bit with a long bar spoon (careful, fire!). Now flames should already be rising from the teapot. Then carefully pour the contents of the pot into the coupette glass (preferably in front of an audience) and serve the burning drink. Blow out before drinking and be careful as the rim of the glass can be quite hot at first. 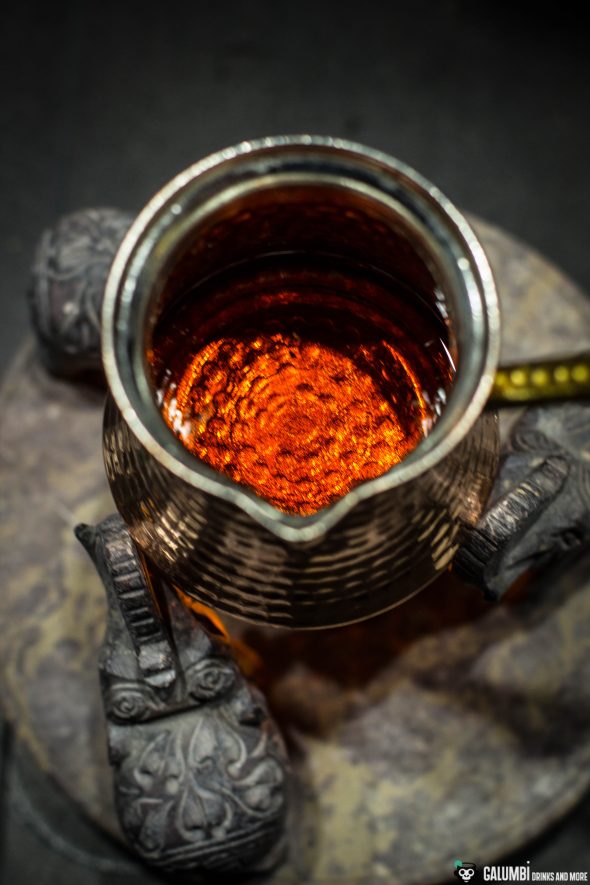 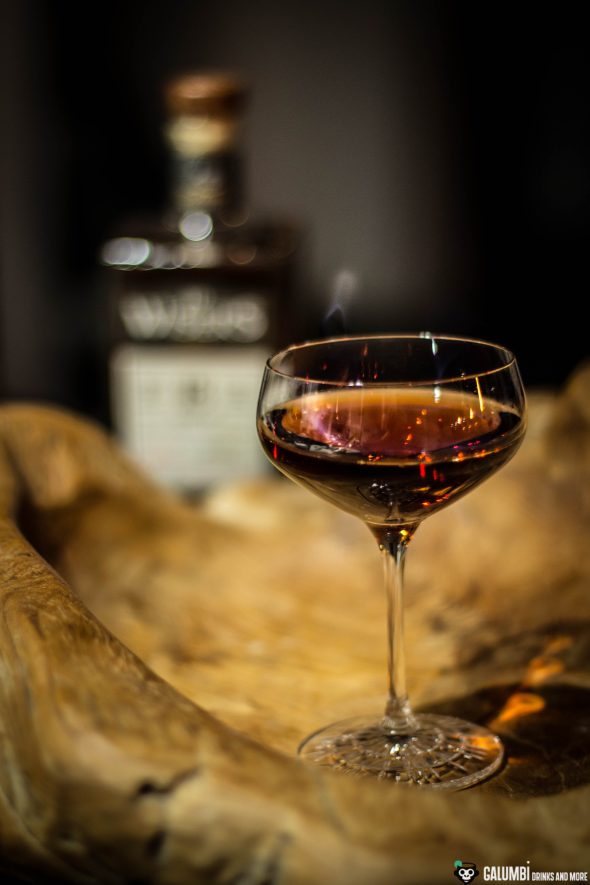 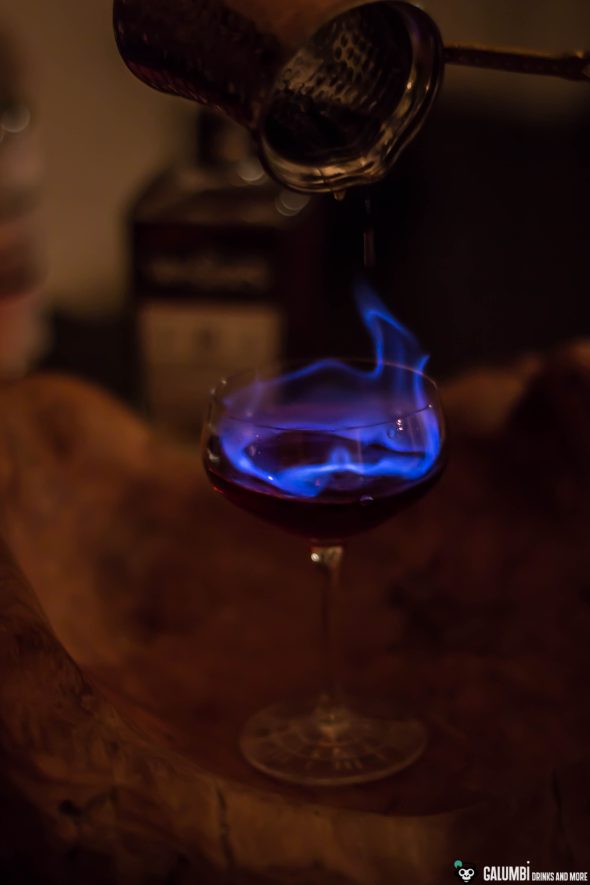