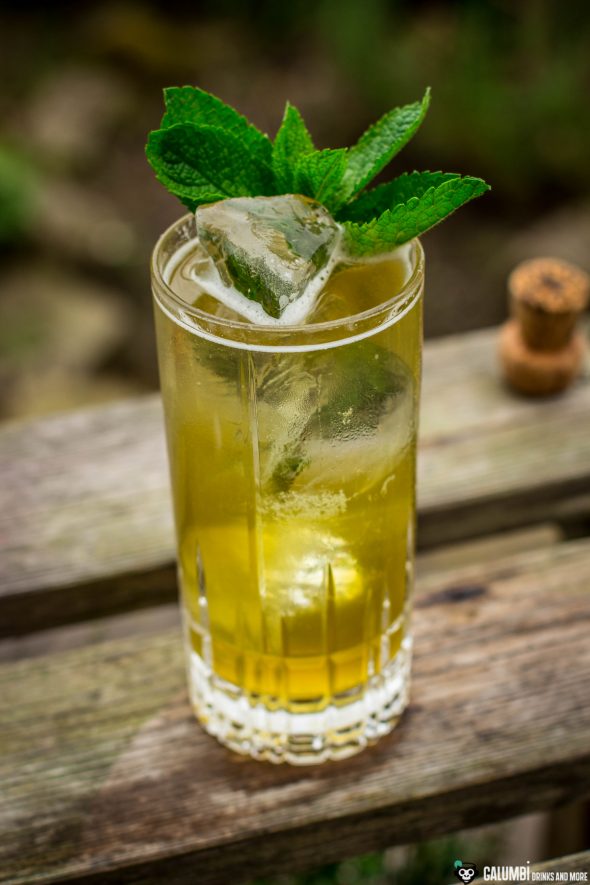 “Do you come from a land down under?” this was asked by Men at Work for the first time in 1980 and became a world hit. In the meantime, this question has probably been asked by many people on this planet for the most diverse reasons, but most likely it has rarely been worded with a view to the origin of a rum. But that’s exactly what you would have to do in view of today’s bottling, because this rum actually comes “from a land down under”: the Plantation Australia 2007. (provided test product)*.

The knowledgeable zoologist or botanist should be able to guess the origin of the rum from the very beautifully designed packaging, on which various motifs of Australian flora and fauna are depicted. In addition, there is also the term “One-Time Limited Edition” emblazoned on the the upper side (sadly, I was not able to get any information on how strongly this one is limited). In addition, we learn some interesting frame details, which of course I do not want to withhold here. The Plantation Rum Australia 2007 was distilled on a pot still in the Beenleigh Artisan Distillery in Queensland, which was founded as early as 1884 (but not as a mere rum distillery). The molasses for this rum also comes from Queensland, which is left to ferment for 14 days with the help of the yeast strains Schizosaccharomyces pombe and Saccharomyces cerevisiae. If you should – in view of such precise information about yeast strains – still be doubtful about Plantation taking the transparency offensive in the rum segment quite seriously, the additional information that the Plantation Australia 2007 has fortunately received no dosage and was thus not sugared, perhaps will reconcile you with the brand. So, we can obviously get an unadulterated picture of an Australian rum here, which is of course very nice. 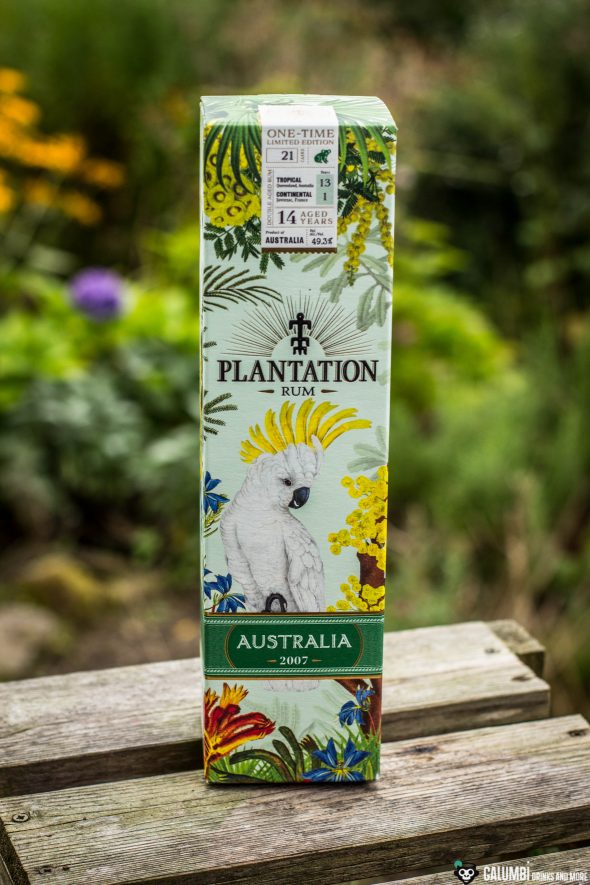 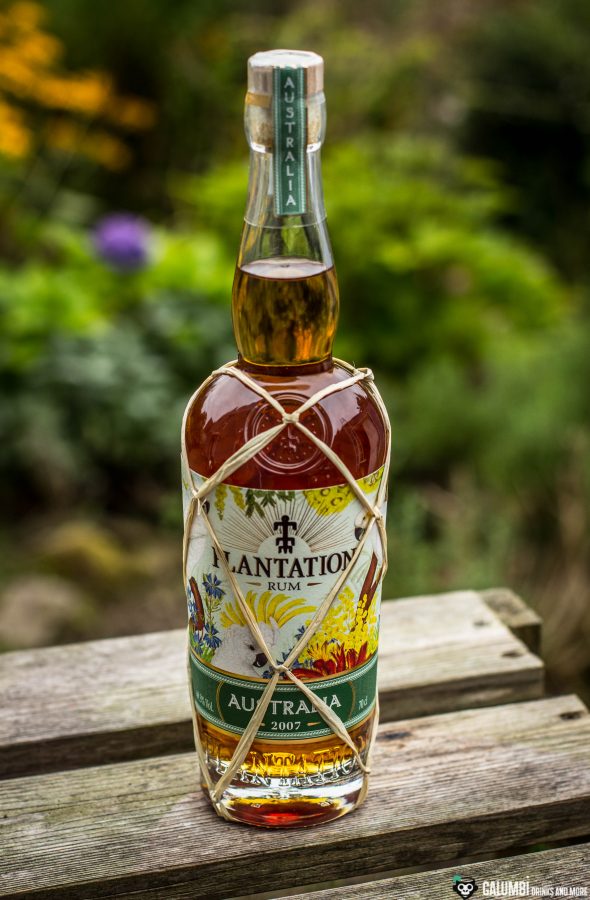 This rum comes with a total age of 14 years. 13 years of which the rum matured in the tropical climate of Queensland in former bourbon barrels. And finally – how could it be otherwise with a Plantation? – Alexandre Gabriel of course did not miss the opportunity to add another continental European year in former cognac barrels. Oh yes: 49.3% vol. also sounds very promising from my perspective, since rum drinking strengths around 50% vol. or above always inspire me more.

Aroma: Yes, this is definitely a rum here in the glass, let’s just say that much. So, the Australian homeland has not led to a complete change in the genuine characteristics. The aroma picture is also a pleasantly fruity one with notes of peach, apricot and nectarine, plus a bit of crème brûlée, actually subtle herbal nuances and coconut. The official tasting notes (which have also been adopted in almost all online stores) also speak of floral notes of iris and lilac. Here, I actually have a bit of a hard time sharing this description. Although I also find diffuse floral tones, but rather spices such as cinnamon or nutmeg and in addition a nuance of raisins.

Taste: fruits also show on the palate, but here a bit more in combination with spicy notes and barrel characteristics. Of course, a vanilla note of the bourbon barrels is present, but also the post-maturation in the cognac barrel unfolds with fruity-ripe impact of compote (peach, apples, quince) and subtle associations of herbs (thyme?). Finally, a fine note of cocoa, almost milk chocolate, appears, which I like very much.

A nice rum, no question about it! But what to do with it? Here, I opted for something rather unusual and created a variation of the Serendipity cocktail. The original is basically Calvados, apple juice, mint and champagne. A little Calvados may not be missing in my version, but only as an accent. I did not really want to rename the drink, because on the one hand this recipe is also a serendipity, on the other hand the change from the original is only marginal. It is simply a “Rum Serendipity”. Oh yeah: It’s really important to use the highest quality clear apple juice you can find. Making clear apple juice yourself is rather inconvenient, so I wouldn’t expect you to do it. By the way, some of the Serendipity recipes are built in the glass or stirred in the mixing glass. Mostly with an eye to making it look as clear as possible. However, I find that a shake followed by a fine-strain just brings out the mint flavor much better. And the drink also clarifies if you let it “settle” a bit before topping off with the champagne. So, you have a visually and flavorfully perfect drink. For those interested in the original, just use 4.5 cl of Calvados without the rum. But the drink really works quite well in the form listed here: 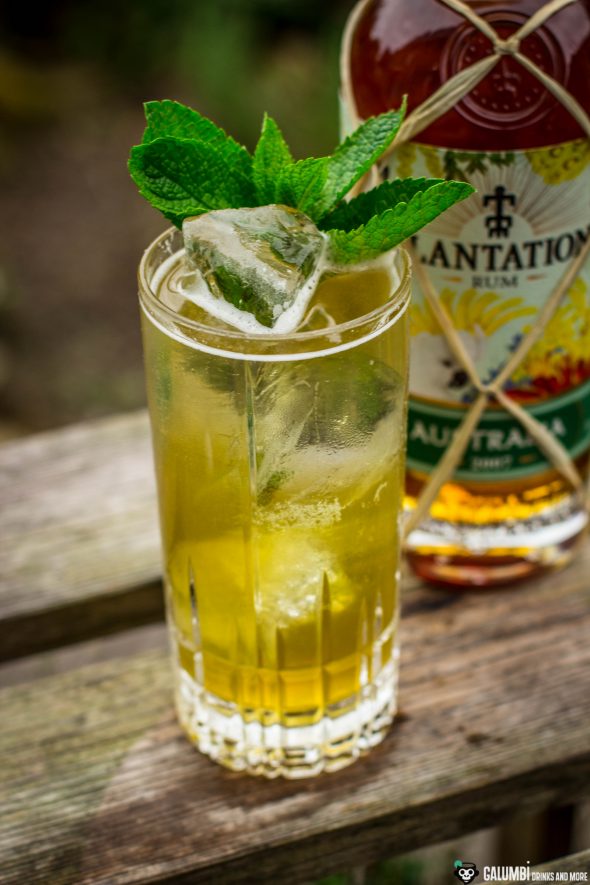 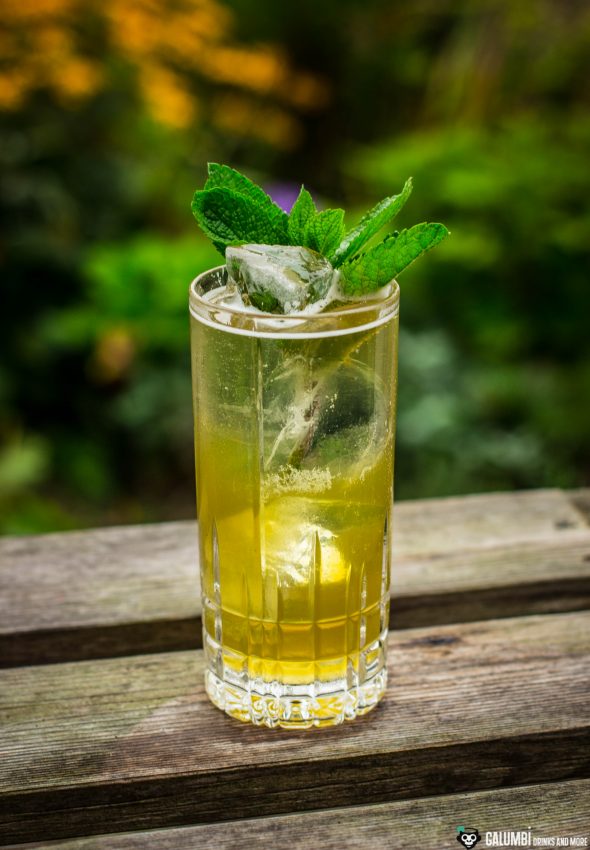 Preparation: First, put all ingredients except the champagne in a shaker. Press the mint gently with ypur muddler, then add ice and shake vigorously. Finally, double strain into the pre-chilled glass on ice and top off the cocktail with champagne.

Glass: highball (not a too tall one) 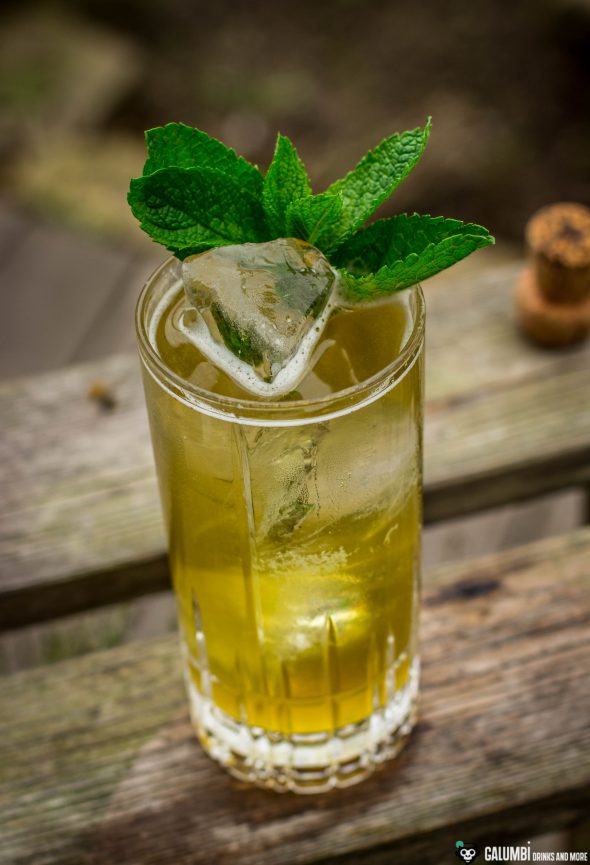