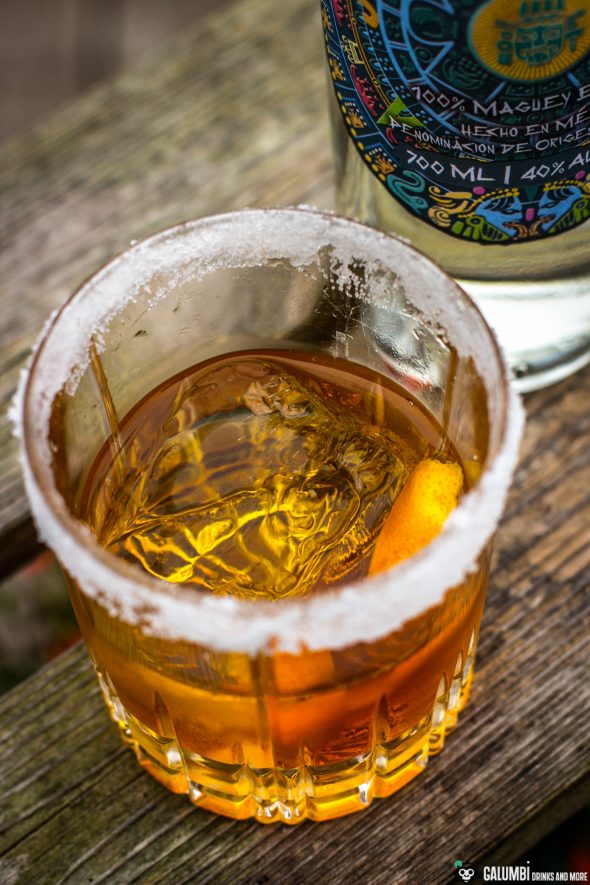 The bottle I’d like to review here today already has a certain history here in the blog. Because it is simply the 40% vol variant of the Topanito Mezcal, about which I wrote in February 2020. Therefore, I will proceed a little differently than in my usual review articles, in which I first put a few words on paper about the background, manufacturing process, raw materials used, and so on. Instead, the focus is on something else. (provided test product)*

And this focus is – how could it be otherwise – a cocktail! But I can’t do completely without information about the spirit. Although I can only repeat that a look at the article linked above is sufficient for further information on the product, I have to mention the label design of the bottle, which is obviously slightly different from the 52% vol version. And of course one thing is particularly interesting: how does the Topanito Mezcal with 40% vol. taste – especially considering the tasting notes, which I have already presented for the stronger brother? I’ll answer that question a bit at first. 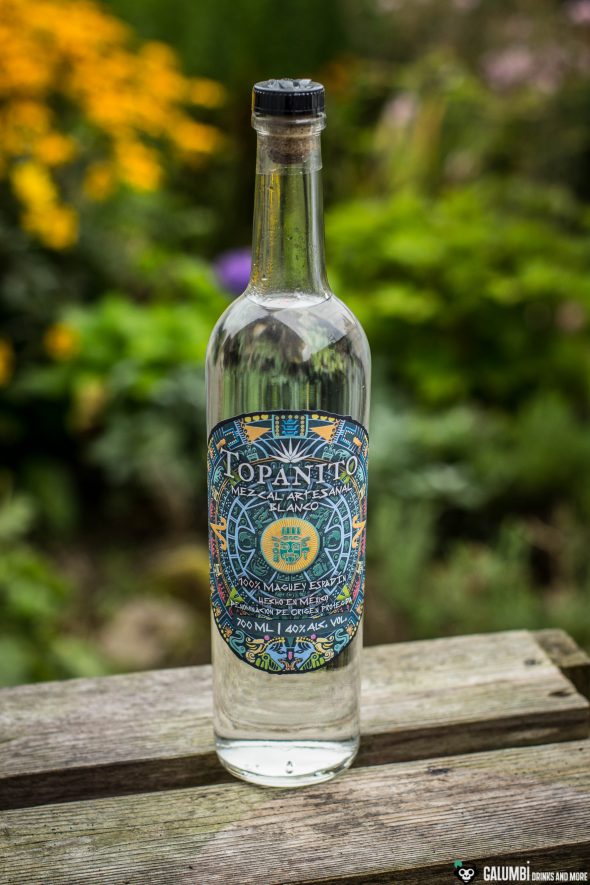 Aroma: Yes, clearly this is the smaller brother of the Topanito Mezcal already described here at 52% vol. Spicy smoke, a little less “phenolic” than the 52% version. But subtle notes of petrol are present here as well. Rosemary and pine needles, white pepper and mineral salt, and finally fruit and vegetable notes of bell bell pepper, peach, ginger and banana again.

Taste: The same effect that I had already described with regard to the “big brother”, I find here too: on the palate, the smoke shows a much “warmer” character and is more reminiscent of smoked bacon. Bell pepper is also in the game, the banana turns out a little weaker, but is also there. Rock salt and white pepper, which is all too often present in agave spirits, I also find here. This mezcal lacks a bit of the depth that the 52% vol. version has, which is why I would prefer the latter for drinking neat. For drinks, the Topanito Mezcal with 40% vol. is nonetheless absolutely interesting.

So let’s move on to the cocktail. I chose this one – in keeping with today’s date – on the occasion of the Mexican national day (Grito de Dolores). On September 16, the Central American country celebrates its independence from the Spanish crown. On that 16th of September in 1810, Don Miguel Gregorio Antonio Ignacio Hidalgo y Costilla y Gallaga Mandarte Villaseñor, simply known as Miguel Hidalgo y Costilla for short, rang the bells of his church (he himself was a Catholic priest), which is considered the starting signal for the Mexican War of Independence.

Of course, a great many drinks have already been created in honor of these events. And it’s also hard to reinvent the wheel here, which is why I haven’t even made a big attempt to come up with a light or almost unmodified form of a classic. No, today I simply want to present a drink that deserves every stage that can be offered to it: the Loaded Pistol by Erick Castro. Erick Castro came up with the drink in 2019 at Polite Provisions in San Diego, and in the process caused a stir with a real garnish exclamation point. Paying homage to the widespread consumption of dried insects in Mexico, the original drink boasts a salt rim made of salt and crushed dried grasshoppers. Unfortunately, I really wasn’t able to get my hands on dried grasshoppers – and even though I’m very culinarily open-minded, I don’t know if I really regret that. But the drink convinces me even without this exquisite garnish (which simply also works as a normal salt rim). Nevertheless, if you have a source for dried grasshoppers or are passionate about this hobby yourself, you are of course welcome to crush salt and grasshoppers together and make an authentic salt rim out of it.

In any case, the name of the drink fits very well. Not only to the cliché of the Mexican armed to the teeth from various Western movies, but also to the prelude of the Mexican War of Independence. The original recipe calls for Bob’s Grapefruit Bitters, but other grapefruit bitters (or tart orange bitters in a pinch) will work as well. 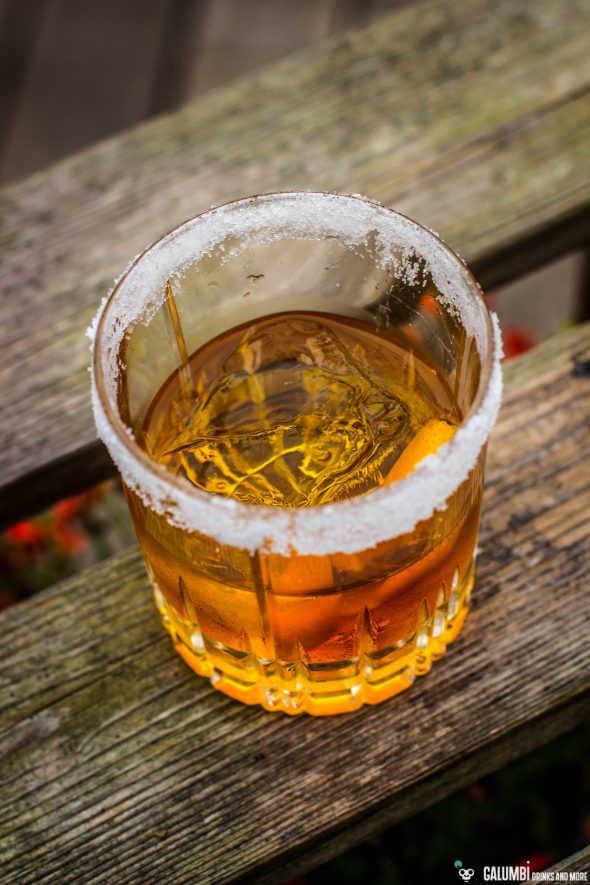 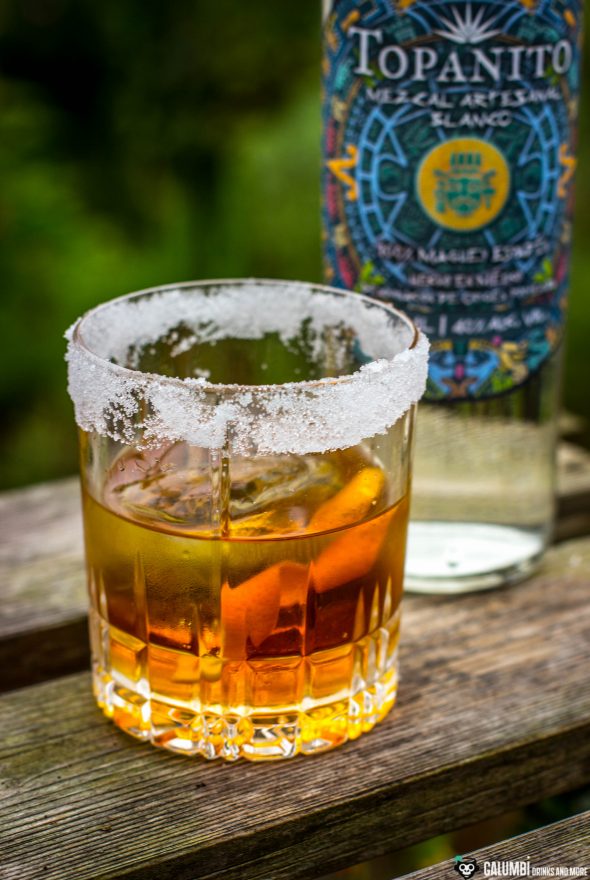 Preparation: Stir all ingredients cold on ice and strain into pre-chilled glass over solid ice. 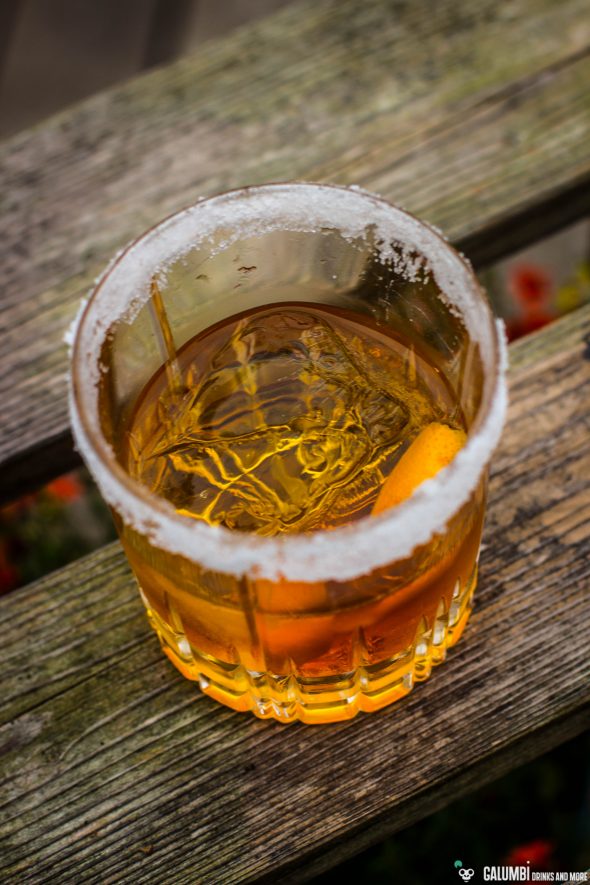