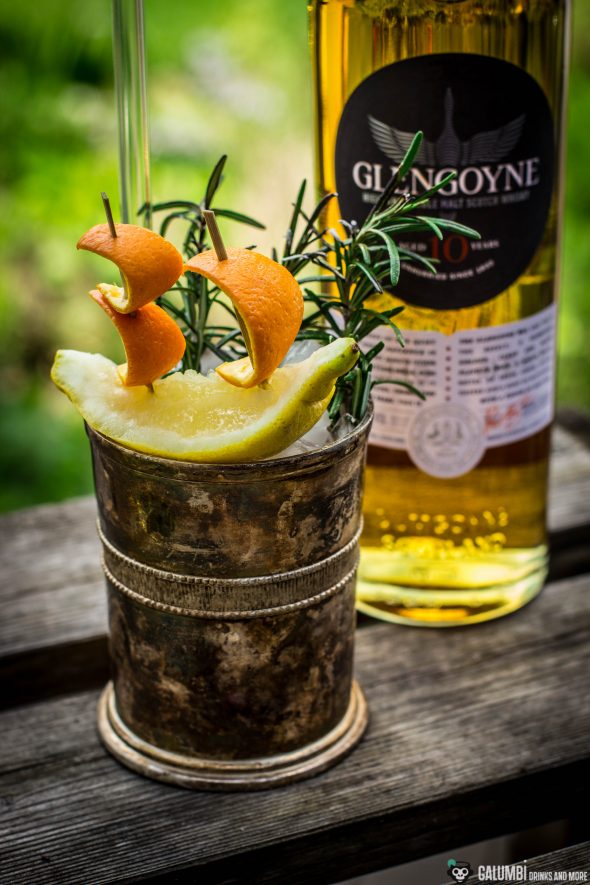 Single malts for me were – as for so many – basically the starting point for entering the world of upscale spirits and ultimately bar culture and cocktail history. Although I had also started relatively early to deal with gin, in breadth and depth it was the Scottish single malt, which ignited my enthusiasm. Today I am no longer restricted on this type of spirit, but of course it has a firm place in my heart. However, in the context of this blog, single malt still usually plays a somewhat subordinate role. (provided test product)*

My first contact with a Glengoyne is now really long ago. What I remember spontaneously: honey, grain, very round and beginner-friendly notes that are able to address a wide audience. To what extent my memory is accurate here and whether my own taste may have changed or whether the approach to a single malt from this distillery has changed, I will probably find out today. Because in front of me is a bottle of Glengoyne with an age of 10 years. It has been considerably longer than ten years since I last had a Glengoyne in my glass – and whether it was a 10-, 12- or 15-year-old Glengoyne, I frankly don’t remember. 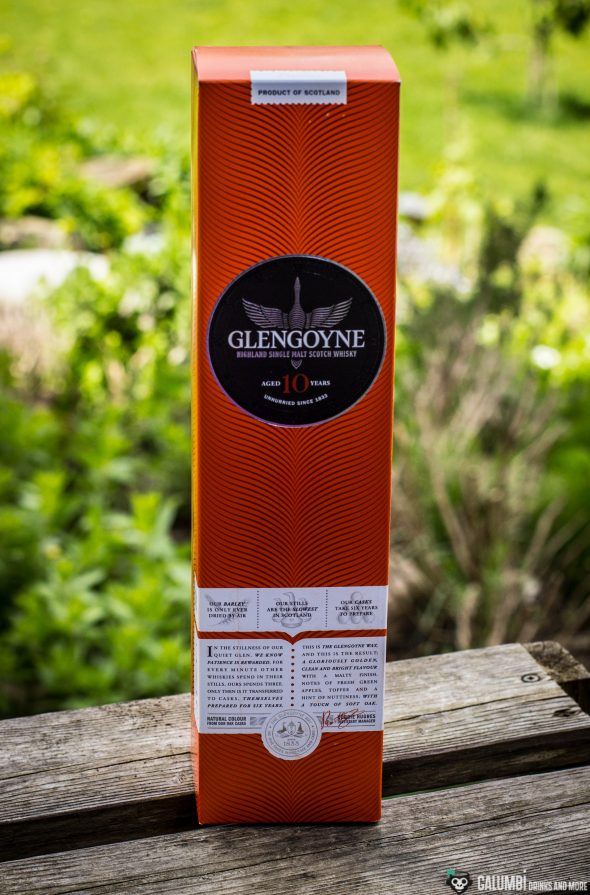 The Glengoyne distillery is not far from Glasgow and is a popular day trip from the Scottish metropolis for whisky travelers. The casks in which this malt was matured are both former bourbon and former sherry casks. About 30% of the barrels are filled for the first time (i.e. for the first time since they no longer contain bourbon or sherry), so-called first-fill casks, and 70% are so-called refill casks, i.e. casks in which single malt whisky has already been allowed to mature several times. Finally, it is bottled at a very beginner-friendly abv of 40%. The malted barley from which this whisky was made was not dried over peat fire smoke, so we are dealing here with a non-smoky representative of the category of Scotch Single Malt. For whisky connoisseurs, all these are of course long known details here and also a reference to the Highlands as the region of origin is unnecessary for all those who are familiar with the water of live. 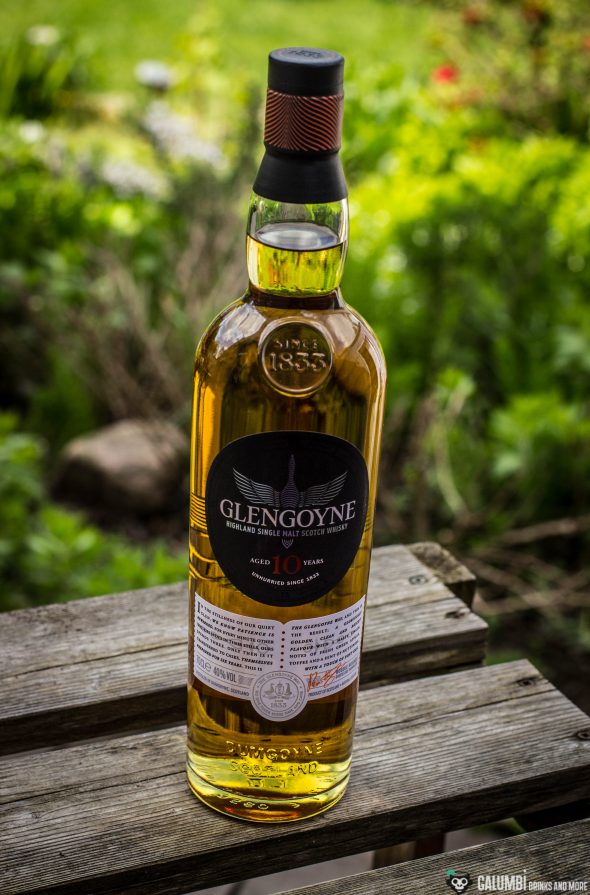 Taste: Associations of sweet honey and breakfast cereals dominate the palate as well, along with apples and apricots with notes of cocoa and nutmeg. Malty, full-bodied nuances come through with time and combine with hazelnuts to create a thoroughly complex and appealing flavor.

Finish: medium long with dried fruit and some chocolate.

A friend recently wrote in a bar group in the social networks, that a whisky from the distillery Auchentoshan from the Lowlands would be something like the initial gauge for whisky beginners: if you like it, you like Scotch single malt, if not, then you should keep your hands off the genre. I would also want to transfer this sentence one to one to this bottling here and say: the Glengoyne 10 years is indeed an absolutely recommendable malt for every beginner who is perhaps not sure whether whisky really meets their own taste because of all the different cask finishes, ppm information and other details. With this malt, the chance is relatively high that the entry will succeed.

But of course I don’t want to ignore the part that some convinced Scotch purists might not like so much, but for which I want to take up the cudgels once again: the use of single malts in cocktails. The possibilities here are no less diverse than with other base spirits, so I get a little annoyed every time the cocktail suitability of an entire spirit genre is simply dismissed by some. And to underscore the point, today I will diametrically oppose the Scotch purist and used the Glengoyne 10 in a tiki drink. This one comes from a really fantastic book by Matt Pietrek, who many may know as the author of cocktailwonk. The book called “The Minimalist Tiki” is for me almost the most current and modern standard work in Tiki, which I can only recommend to everyone. The drink called HMS Glasgow Grog was not created by Matt Pietrek, but by Brian Maxwell, the founder of shakerofspirits.com. Precisely because the Glengoyne distillery is so close to Glasgow, I got the idea to try it out in this very cocktail. The original recipe calls for a blended Scotch, but I substituted that for the Glengoyne and was delighted. The drink is actually served in a Tiki Mug, but since I don’t really own a mug that fits the “flair” of the drink, but the drink somehow has a British touch due to the name (despite we’re in Scotland), I just went for the silver cup without further ado. In this sense: Cheers! 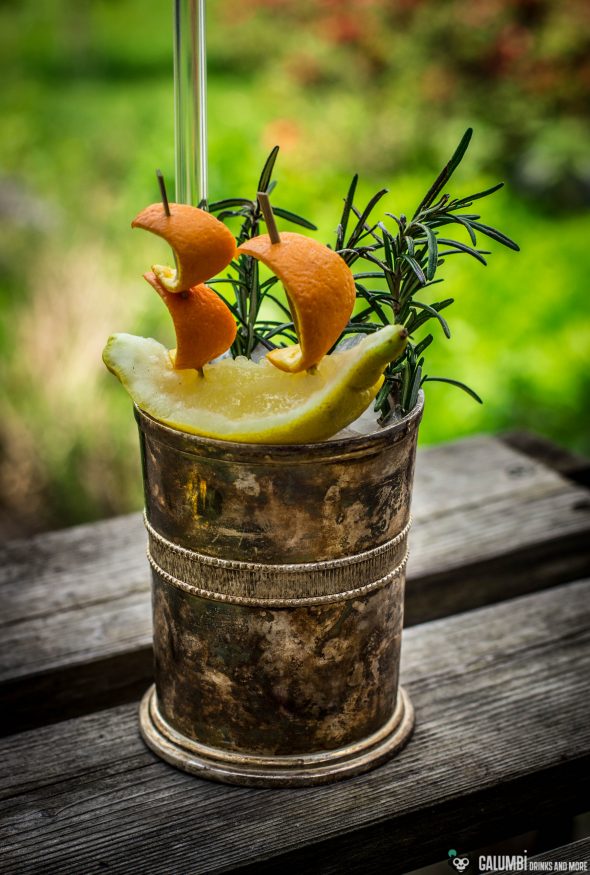 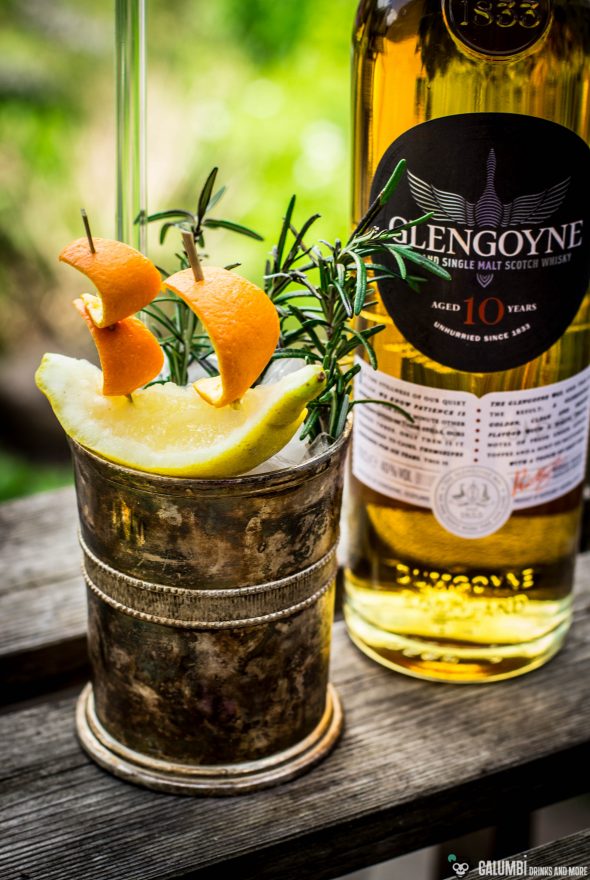 Rosemary-honey syrup: To 250 ml of water, add a good 500 ml of honey and 5 rosemary sprigs to a pan and let steep over low heat. The syrup should not reduce further here, but really just infuse on heat (at least 20 minutes). Afterwards let it cool down.

Preparation: Shake all ingredients except the soda water vigorously on ice and pour into the silver cup (or as in the original: into a Tiki Mug) filled with crushed ice. Top with soda water and add more crushed ice. 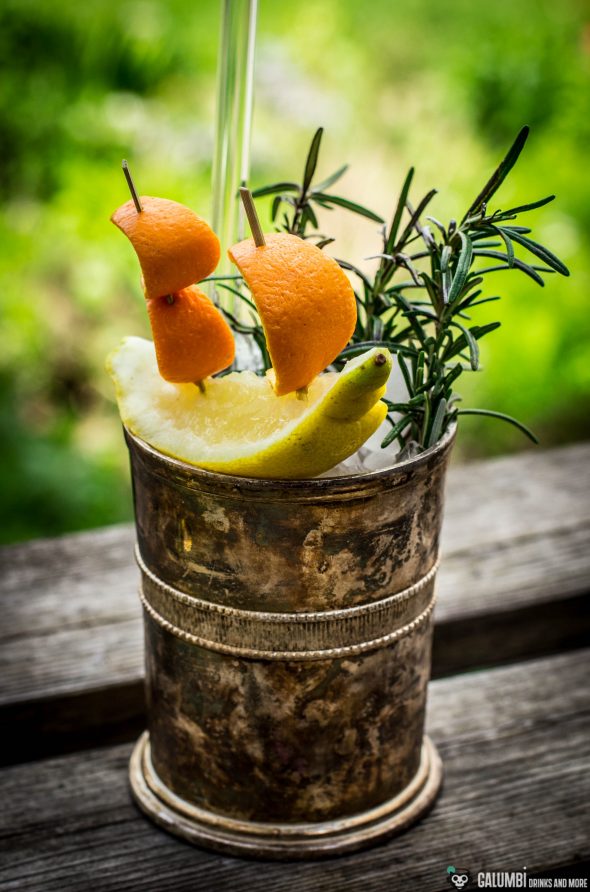