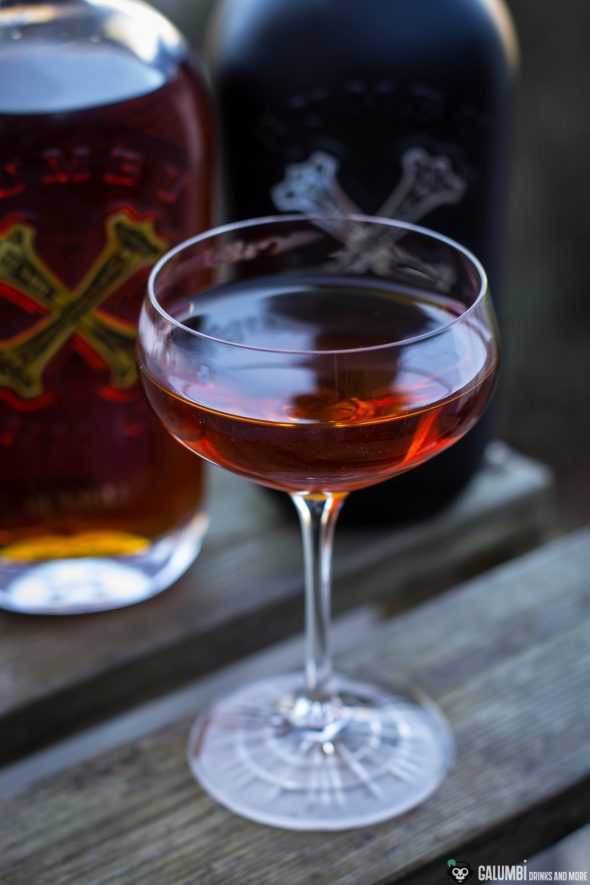 Yes, there are those articles that you go into with mixed feelings. And today, exactly this is the case because it was hardly possible for me in advance not to hear some of the echo calls that the two bottles I’d like to review today have triggered. In some rum forums, both bottles are highly praised – especially by sweet rum drinkers, others see them rather critically and still others have published damning reviews. I am talking about the Bumbu (Spiced) Rum. (provided test products)*

And now we’re straight in medias res: what is the Bumbu at all? The really beautiful bottle design unfortunately contributes with a very ambiguous labeling to obscure just that question. First, the words Bumbu Rum Co. can be read there, and then in the center of the really very pretty-looking cross application it is written: “Rum with natural favors”. It is certainly not clear to everyone that this is not a rum, but a spiced rum. And I see this as part of the perception problem. 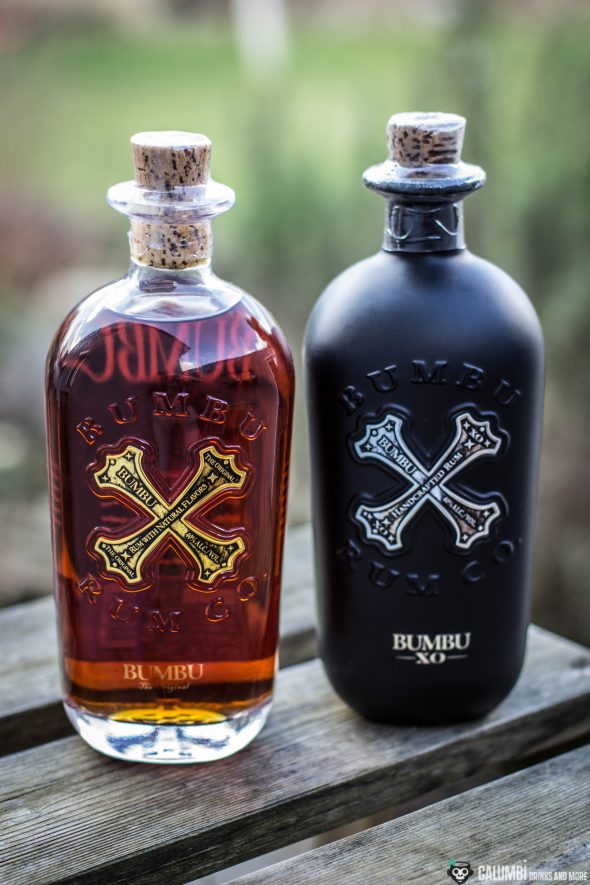 In a time of increased consumer awareness – especially in the rum segment, which is sometimes even notorious for the secret (or sometimes not so secret) addition of sugar – marketing of this kind naturally causes a lot of stir, especially among those who are more intensively involved with the subject. Unfortunately, the Bumbu website does not make things better, because there they speak quite unabashedly of rum, which (at least in Europe) they don’t do any longer on the bottle’s label. The German distributor also does not refer to the Bumbu “The Original” as rum, also in accordance with applicable EU law. In recent years, I have also always tried to be clear when a rum was sweetened, and anyone who has followed my articles will have noticed that in case of doubt, I would always argue in favor of an unsweetened representative. So does the Bumbu fail for me before I’ve even tasted it? Not at all, because I won’t call it what it is from the start, but also rate it as a Spiced Rum. And I have nothing at all against the category of Spiced Rums (even if I would have liked a clearer declaration here as well).

Accordingly, I would also like to point out once again that I do not want to attack anyone here for their previous opinions or publications on this brand. On the contrary, I also respect extreme opinions like that of the very esteemed colleague from Thefatrumpirate.com, even if I’m not sure whether he approached the Bumbu with the same expectation as I did, or just as a regular rum. In addition, one must also admit that he has tasted a 35% vol. variant, I have, however, two 40% vol. versions in front of me. But more on that in a moment. 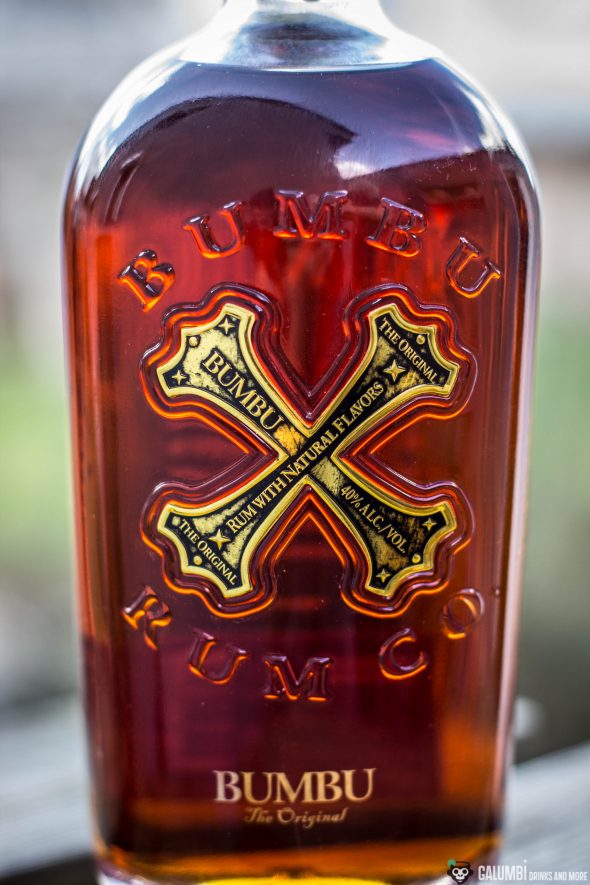 The headquarters of the Bumbu Rum Company is located in New York, USA.  Before me, I now have two variants, the Bumbu – The Original and the Bumbu XO. However, the Bumbu The Original comes from Barbados – at least that’s where it’s distilled and blended as a spiced rum. Because the sugar cane for the Bumbu The Original comes from various countries in South America and the Caribbean: Barbados, Bélize, Brazil, Costa Rica, the Dominican Republic, El Salvador, Guyana and Honduras. The maturation of Bumbu The Original took place “up to” 15 years in former bourbon barrels, which is of course a rather vague statement. Unfortunately, one learns nothing about the nature of the spices and a probable sweetening. And I find that really a pity – and also do not understand this decision in a Spiced Rum. Here, the impression creeps in a little that the manufacturer uses a salami technique in the New York headquarters, because it seems they would actually prefer to market its spirit as rum, since details about sweeteners and spice additions would probably not be received so well. 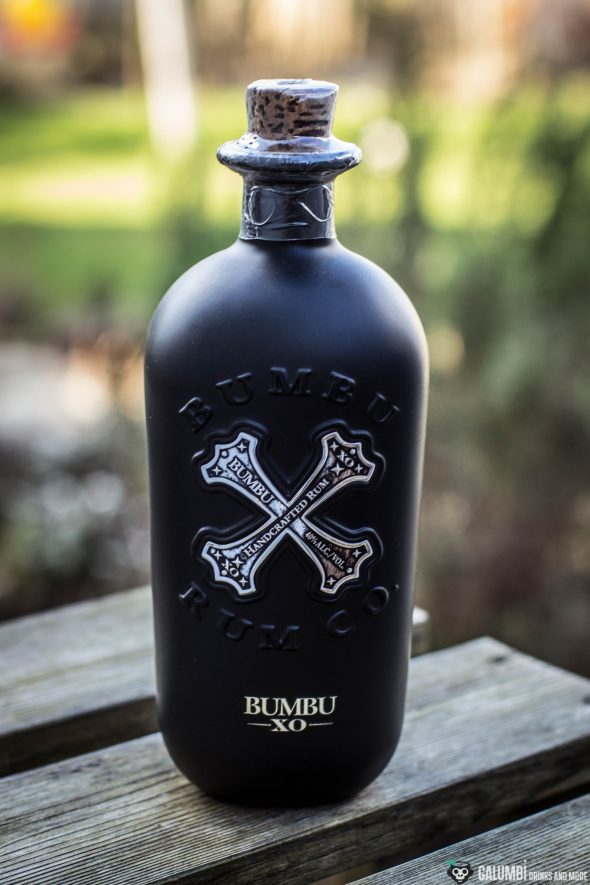 The Bumbu XO, on the other hand, is aged “up to” 18 years in former bourbon barrels and then received another six-month finish in former sherry casks. However, it is distilled and aged in Panama. And because it complicates things even more, the Bumbu XO is apparently also a real rum in accordance with the now newly applicable EU law, because it says so on the bottle here. Both bottles have been bottled at 40% vol. Anyway, I will accordingly taste the Bumbu The Original as a Spiced Rum and the Bumbu XO as a Rum.

Aroma: Ok, the aroma is already very special – and you also notice directly that you do not have a regular rum in the glass here. The Bumbu The Original smells of vanilla and banana – actually it smelles like Fruchtzwerge banana flavour (I don’t know the English brand name for that particular fruit cream cheese). That may be a strange association, but it’s just what immediately comes to mind (and no, I’m not an avid consumer of Fruchtzwerge). Behind that, there is caramel and minimal hints of spice. However, it smells very mild and very much in the direction of vanilla and banana. The aroma is not really “broad”.

Taste: on the palate, I actually like it more than expected: yes, it’s sweet and yes, it’s noticeably mellow, but it certainly has a respectable spectrum of vanilla, caramel, banana, spices (most notably cinnamon and indeed allspice), again I have slight associations of fruit cream cheese and a minimal hit of herbs. The alcohol is not particularly expressive with 40% vol., but fits well into the picture here, because in a spiced rum I find this alcohol strength quite advantageous compared to other genre representatives.

Finish: again soft, again with light banana showing (for me the real secret character of this spiced rum).

Aroma: Ok, other than the name, the two Bumbus definitely don’t have much in common. The Bumbu XO is recognizably a typical sweet rum. It already seems “darker” on the nose, a bit more saturated, but also has a strikingly pronounced sweet vanilla, caramel and a bit of oak.

Taste: Yes, here too the suspicion is confirmed: it is a typical sweet rum. No more, no less. It comes with a clear sweetness and vanilla, as you know and expect from many genre representatives. If you feel comfortable in the company of Zacapa, various Dominicans, Ron Botucal and Co, you will also find happiness here. A little oak, subtle fruity notes and a certain orange impact are present, but I do not find the Bumbu XO really complex. I will be honest: this is definitely not my favorite, but I can recommend it to any reader who knows to locate his favorites in the above-mentioned rum spectrum.

Well, one will read certainly between (or explicitly in) the lines above that the two Bumbu bottlings are not necessarily my new (spiced) rums of choice. They are just each representatives of polarizing genres, whereby I would prefer the Bumbu “The Original”  here, because I consider this simply as a Spiced Rum. However, of course you can do a lot with them in terms of cocktails.

That’s why today I mixed a drink in which a sweet rum fits perfectly (in the original a Zacapa 23 is recommended) – and here I simply used both Bumbus. Once, to just have a sweet rum and on the other hand, to bring the banana notes of the Bumbu Spiced Rum. The drink bears the beautiful name 100 Year Old Cigar and was created by the beta.cocktails author Maksym Pazuniak, whom I hold in high esteem – I really love (almost) everything that was “served to me” by Maksym Pazuniak so far. 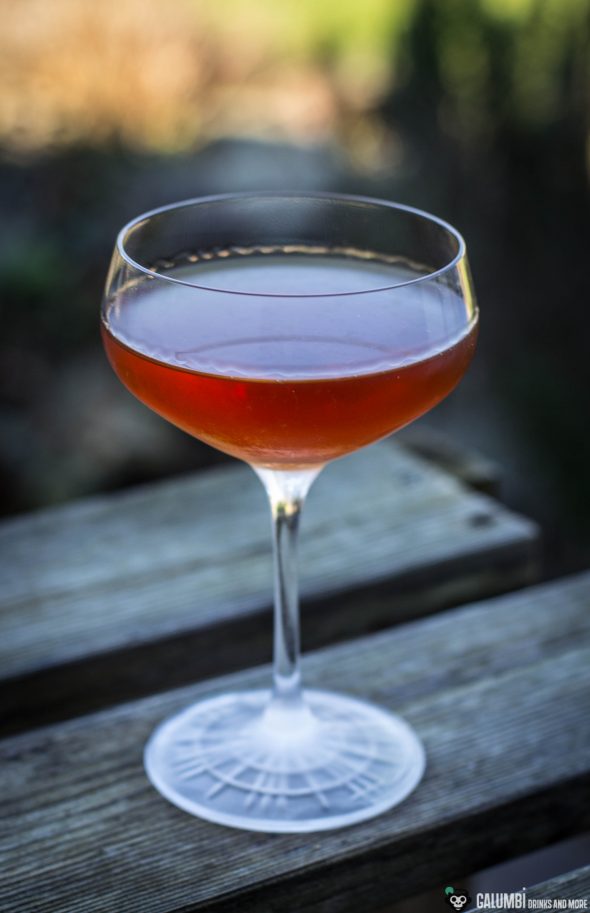 Preparation: Pour all ingredients except the Absinthe into a mixing glass over ice and stir until cold. Pour the absinthe into the coupette glass that was previously frozen in the fridge and swirl to coat the entire inside surface of the glass with absinthe, pouring away the rest. Then pour the content of the mixing glass through a strainer into the absinth-coated coupette glass.

Garnish: none (a cigar this old won’t tolerate any rivals).