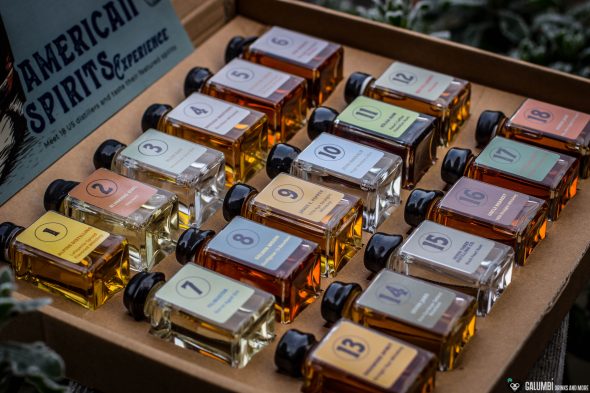 A few weeks ago, I received a package with 18 small samples of spirits in a very attractive presentation. Behind this marketing offensive is the American spirits umbrella organization DISCUS (Distilled Spirits Council of the United States), which wants to promote various spirits from small American craft distillers on the European market. And since I like the idea and am in principle a friend of maximum diversity, I would like to write a small article about it here, too. (provided test products)*

Although I will not taste every single sample here and provide it with differentiated tasting notes (if you are interested and if you are able to understand German, you might want to take a look at Schnaps.blog in the next few days, where my blogging colleague Christian tastes and describes them all), I would rather like to give a short overview of what is included here and what will be available on the European market in the future.

The selection of spirits extends across the United States and represents various, partly very unusual styles of spirits. In the following picture you can find an overview of the different distilleries and their respective states of origin. In addition, these can also be assigned to a map based on their coloring. In the following, I would like to go into detail about some really interesting and exciting examples. 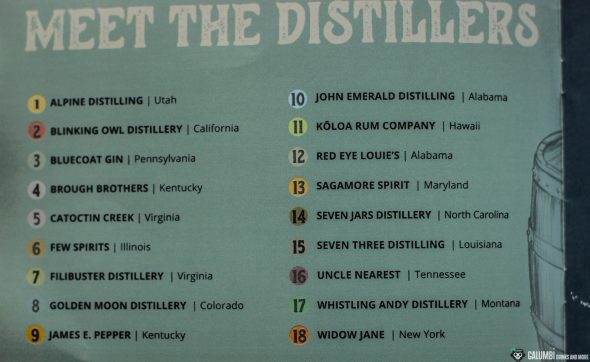 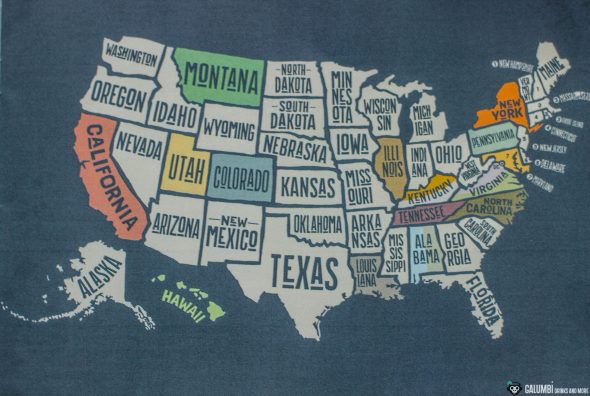 The first one is the Alpine Distilling Lafayette Spiced Flavored Whisky. This is a rather unusual category for us, as whisky is still a bastion of purism. Here we have a Kentucky Bourbon with apricot, primroses and cinnamon, which sounds very exciting – and also tastes great!

From California a sample of Blinking Owl Aquavit is included. I have never tried an American Aquavit before and I was happy about the opportunity to do so now. And I really liked it very much! Maybe it would also be something for my personal Christmas evergreen, the Chocosnaps med Klementin. 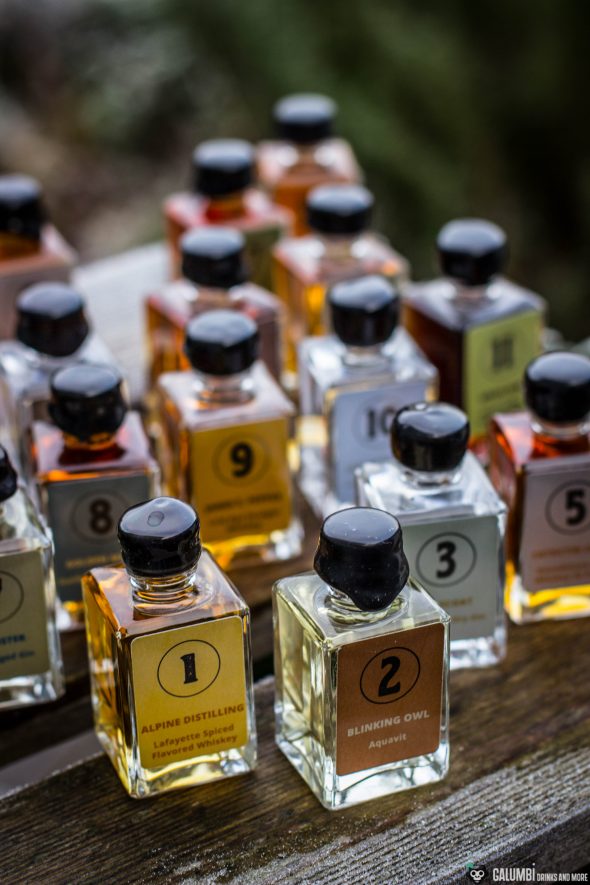 Included are also some exciting Bourbons and Ryes, which I will not describe separately here, but which, as classic representatives, should not be missing, just like the Gins. Among other things a sample of the 1776 100 Proof Rye is included, about which I have written here before.

From Colorado comes an American Single Malt, which also aroused my curiosity. From the land of Bourbons, Ryes and Grains you will probably not be used to Single Malts, so I was surprised by the Golden Moon Principium Colorado Single Malt. Despite its youth, it is very aromatic and spicy, which is probably due to the use of fresh American oak barrels.

From Alabama comes the Red Eye Louie’s Rumquila. Correctly read: It is a blend of Puerto Rican rum and tequila from Jalisco. Sounds funny? But it actually tastes much better than I thought! 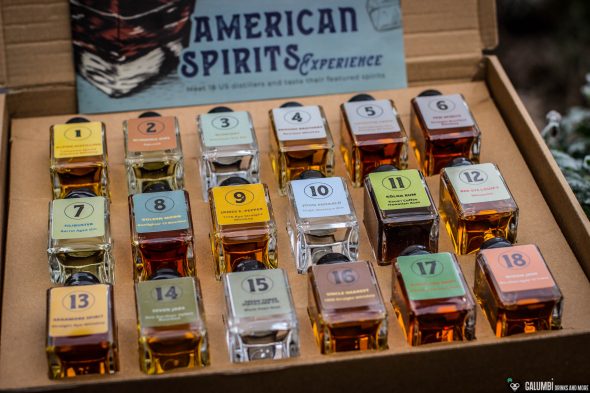 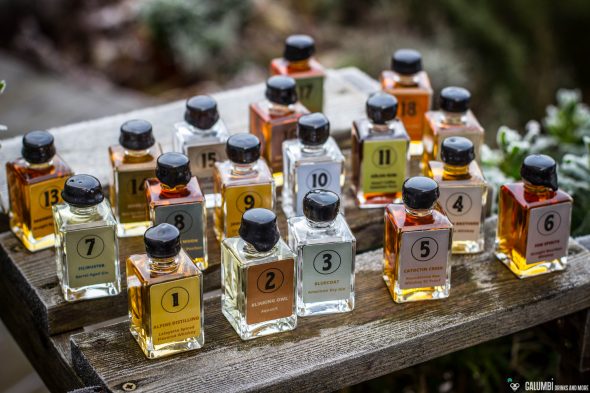 But all in all it is a very nice combination. Qualitatively solid and appealing throughout.