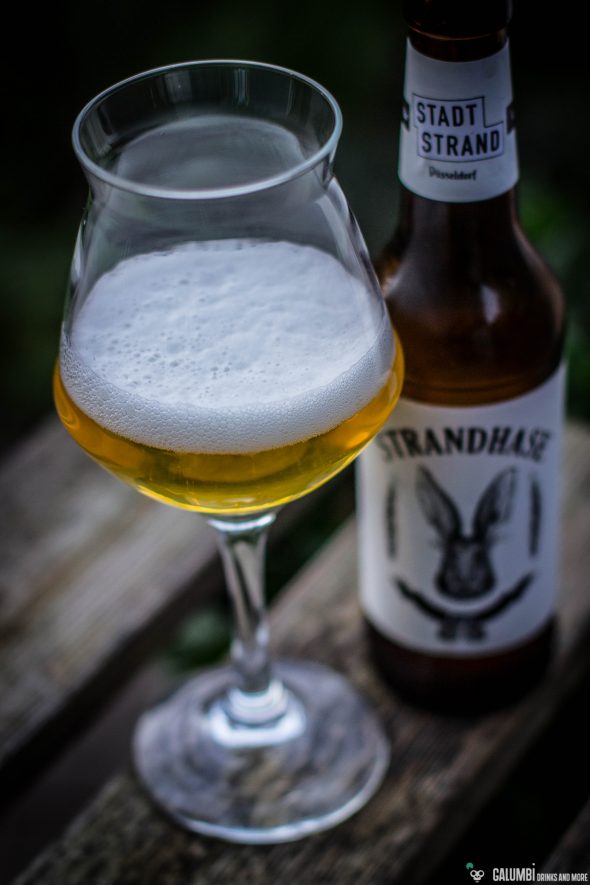 I have to admit: it has been a really long time since I wrote my last article about beer here. But instead of justifying this time span, I’d rather do something about it and publish another beer article. The journey leads me to a beach in Düsseldorf. The Stadtstrand (city beach) Düsseldorf, to be precise. Because there you can buy the Strandhase Pale Ale and the Strandhase Lager (Strandhase means as much as beach bunny), which are the names of today’s bottles.

However, the story actually begins in 2018, when two beer lovers from Düsseldorf and the Ruhr area decided to brew their own beer. One of them, an academic chemist, had already gained some experience in the brewing craft as a hobby and when the Pale Ale he had created found an enthusiastic echo at a private tasting, the decision was made: their very own beer would officially be produced and sold. 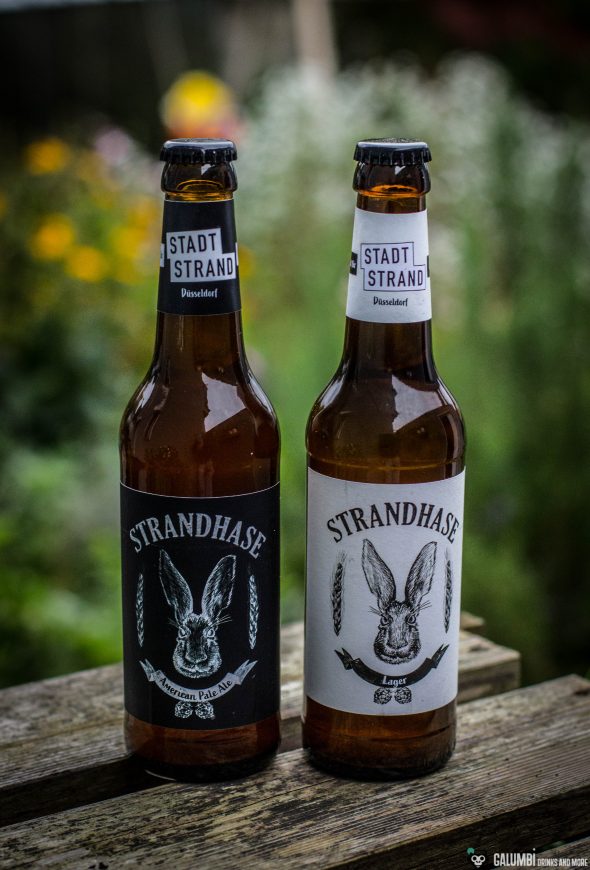 Initially, the beer was brewed on a small, private facility. However, it soon became clear that the capacity of the plant would not be sufficient, so after finishing the fine tuning of the recipe, the two approached a contract brewery, which has been brewing the beer under the name “Strandhase” since then. The name “Strandhase” was created in conjunction with the aforementioned Stadtstrand in Düsseldorf. The operators of the Stadtstrand were also impressed by the Pale Ale and a cooperation was concluded, which enabled the Strandhase beer to be finally launched.

What I personally like so much about this beer and the story behind it is the short distance from hobby to marketed beer, which is completely what the microbrewing movement is about and once again shows that the German brewing craft has now also found its way out of the industrial monopoly. Sure, there have always been small, traditional breweries, but the enthusiasm with which a new beer is born here and there in what was initially a private brew kettle is a very nice phenomenon of recent years.

Speaking of hobby and brewing: At the end of the year, but perhaps not until the beginning of 2021 (Corona does not really make a forecast possible), it should then be possible to attend brewing courses in their own place in Düsseldorf Flingern, where, under expert guidance, you can become a “brewer” yourself and produce more experimental brews (and of course taste them).

But now to the actual beer: In the meantime, two different beers are available in the Strandhase range: a stronger, top-fermented Pale Ale brewed in the style of an American Pale Ales. The exact recipe is not revealed, of course, but the aromatic Cascade hops are used to give the beer its crisp, bitter flavor. The beer is bottled at an abv of 5.5%.

There is also the somewhat lighter, bottom-fermented Strandhase Lager. Here, it is mainly the Citra hops that are responsible for the taste. The bottling is done here with a strength of 5.1% abv. 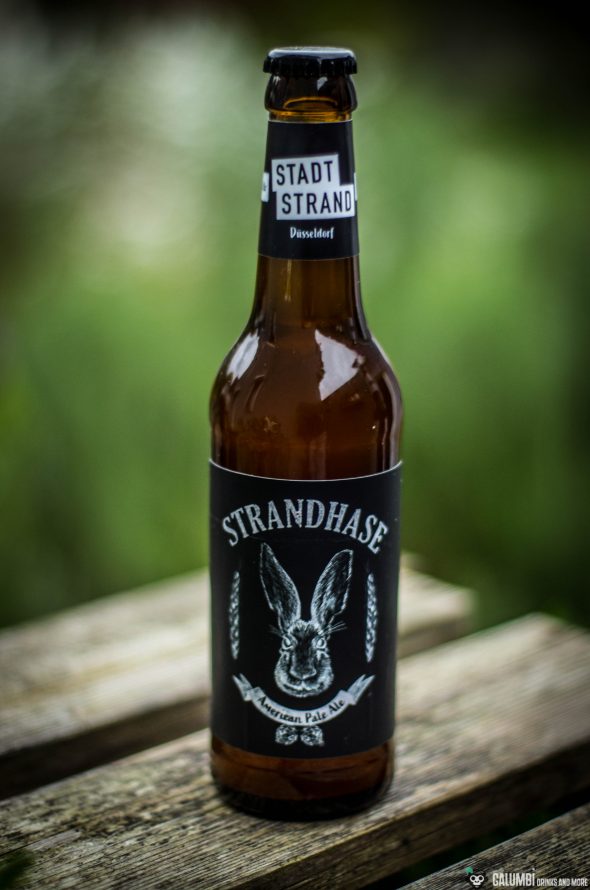 Aroma: The scent of a basket of citrus fruits rises from the glass, especially grapefruit, lemons, associations of mango and passion fruit. Expressive notes of cereals and hops immediately join in. Subtle, earthy tones, a very fine caramel and malt tones are also part of the mix. With time, the fruity notes change a little more towards orange.

Taste: Yes, the hops have a lot to offer here: fruity notes of grapefruit, oranges, lemons and a hint of passion fruit, but also a crisp bitterness that is pleasing in combination with a nice malty touch. The overall balance is also very pleasant, the beer is not too demanding, but still has a strong character. It reminds me a little of a Sierra Nevada Pale Ale. With time, fine notes of caramel reappear and merge into a nice, dry finish. 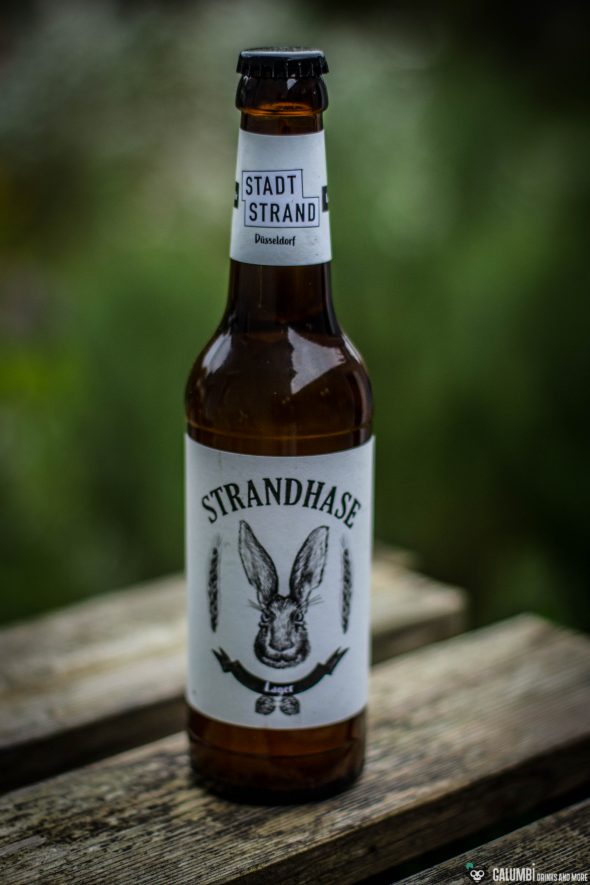 Aroma: On the nose, I find a nice fresh lemon, along with notes of quince, passion fruit and other diffuse associations of light exotic fruits. Light notes of hops with a thoroughly spicy character can be found. Even if this is the lighter version, there is no danger of the taste fading away all too fast.

Taste: Not too light in taste either, a still pronounced, pleasing hop bitterness is evident, although not as strong as in the Pale Ale; lemon peel, mineral tones of rock salt, quince again and a hint of green mango, hints of sourdough. The Strandhase Lager is refreshing and very well balanced. I really like it very much. 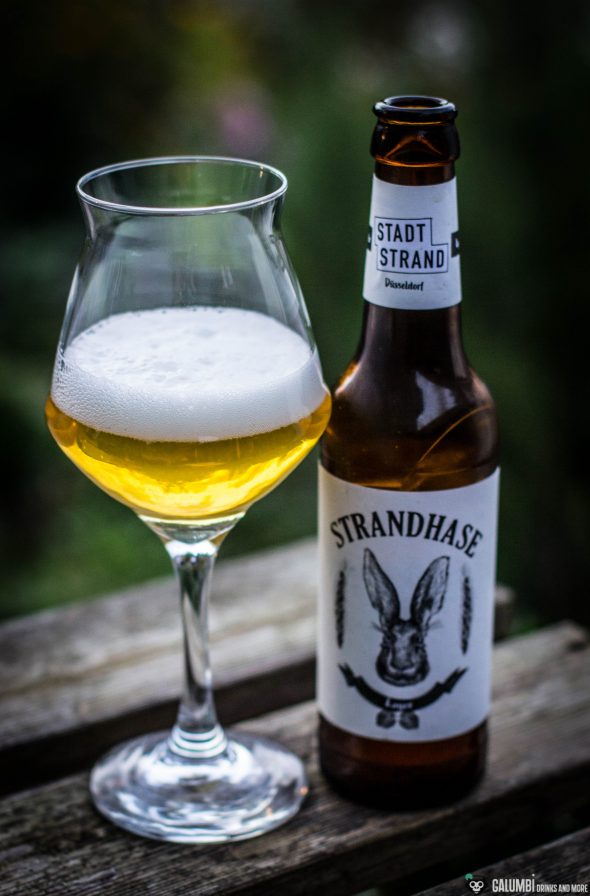 Buying sources: Currently at the Stadtstrand Düsseldorf or online.