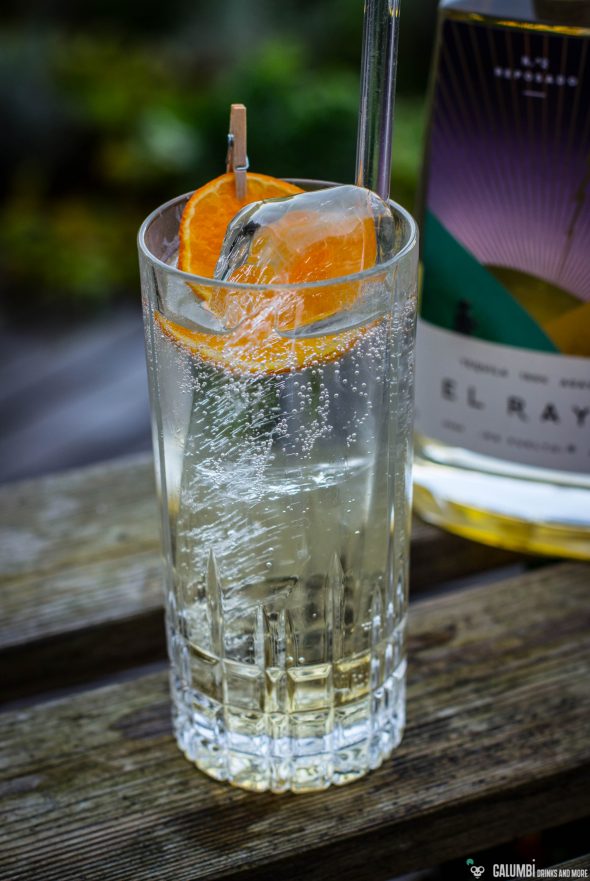 It’s been quite a while (almost 4 years) since I mentioned a Tequila & Tonic highball in my article about the Spiced TNT Cocktail (the Spiced TNT is basically nothing else but an upgraded version of this highball or long drink). At that time, Tequila and Mezcal was discussed everywhere as the new thing in the (European). And indeed Tequila and Mezcal have become more popular and even better known. Even if they did not become as popular as some expected, above all, the quality awareness has increased a lot. (provided test products)*

Well, why do I talk about that in the introduction? Well, of course that has to do with the bottles I want to review today. These are two 100% Agave Tequilas, which were designed and distilled from the very beginning with the perspective to be the basis for a T&T or a Tequila & Tonic. Since the Tequila & Tonic is still not as established as it could be, this aim might be a good choice to make oneself interesting on the one hand and to push the mentioned highball even further on the other hand. 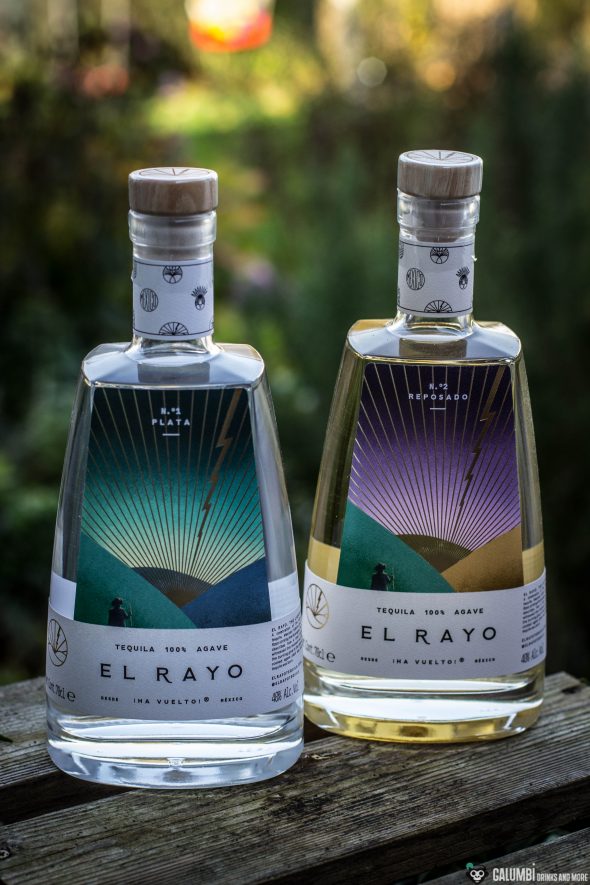 The two bottles, which are now standing in front of me, are named El Rayo. The El Rayo Tequila is made by Maestro Tequilero Oscar Garcia from eight year old agaves, which are first baked for 12 hours before they are crushed and the produced mash is finally distilled on a 105 year old copper pot still. The name El Rayo means as much as “the lightning”. This goes back to a widespread Mexican legend, according to which a lightning once split a blue agave. This is how the first tequila is said to have been created.

Whether this is true or not, it remains to be seen. In any case, two different qualities of El Rayo, made of 100% blue Agave, find their way to us in Germany: El Rayo No. 1 Plata and El Rayo No. 2 Reposado. The latter was matured for seven months in former Bourbon barrels. Both are bottled at 40% vol. Of course, I would like to get to the bottom of the quality of the mentioned Tequila & Tonic, but first of all the neattasting should not be neglected. 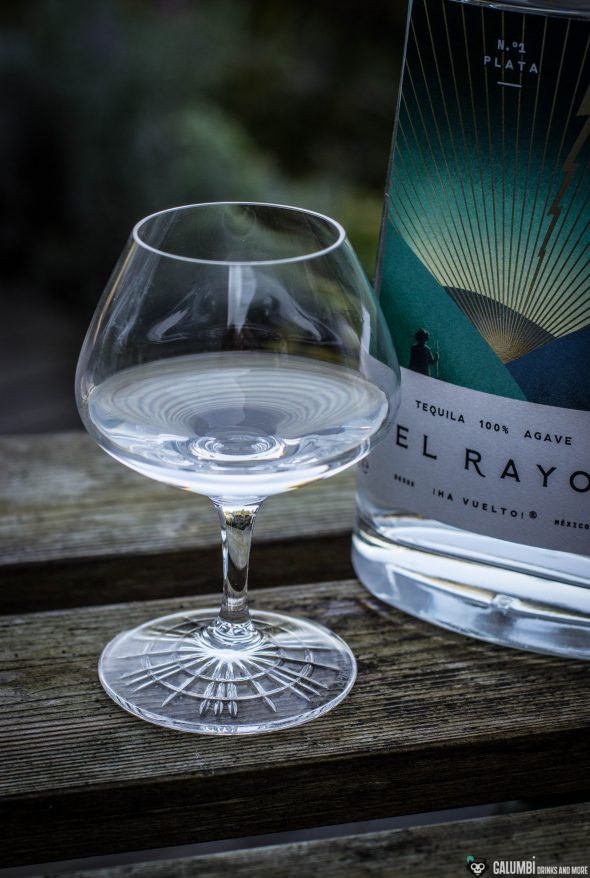 Aroma: The nose is very pleasant, I find lemon, mineral notes typical for a tequila, earthy agave, rock salt, a touch of lemon balm, thyme and diffuse herbal associations. Finally, there is some liquorice chalk.

Taste: On the palate, a fine, mineral sweetness appears, which makes me think of Emser salt pastilles (a German brand of sweetish salt pastilles for the throat), then I have lemon peel, agave, sage, thyme again and the pleasant, very soft and in itself slightly sour momentum of unsweetened curd.

Finish: the finish is of medium length, perhaps lacking a bit in breadth, but comes along with earthy agave notes. 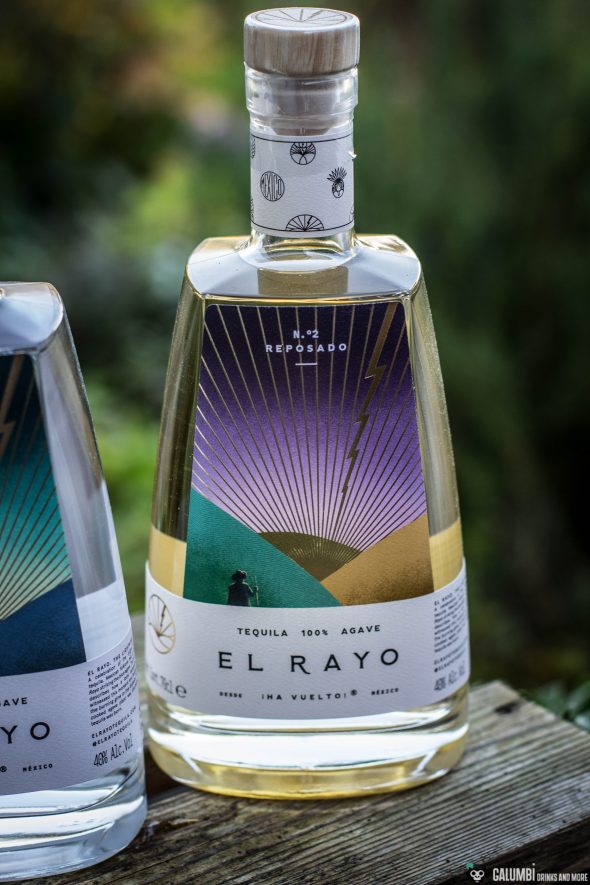 Aroma: It is recognizable the same Tequila base. Again I find lemon and mineral notes, lemon balm and herbal associations also remain constant. In addition, there is a soft vanilla and light fruit notes of mirabelle plums, peaches and oranges. A slightly sweet curd and some cake dough accompany this.

Taste: On the palate, there is also a development towards warmer tones with vanilla, cake dough and slight hints of quince. The fruity notes, which still marked the Reposado in the nose, are very much receded here. However, of course I still find the agave, curd and – here – some lemon balm.

Finish: medium long, more pleasing than the Plata and with light oak notes

Since these tequilas are explicitly advertised for the use in Tequila & Tonics, I followed this recommendation today. I decided to combine them with the very exciting Franklin & Sons Tonic. As a garnish I used a sage leaf or (in combination with the Reposado) the slice of a clementine and I really liked both variations. Tequila and tonic harmonize very well, both tequilas are not too edgy and bulky and fit very well into the picture with their herbal-fruity character. Whether you have to go so far as to say: these tequilas are especially designed for the use in this Highball, I really don’t know. But they certainly work great in this drink! (Surely also in other cocktails!) 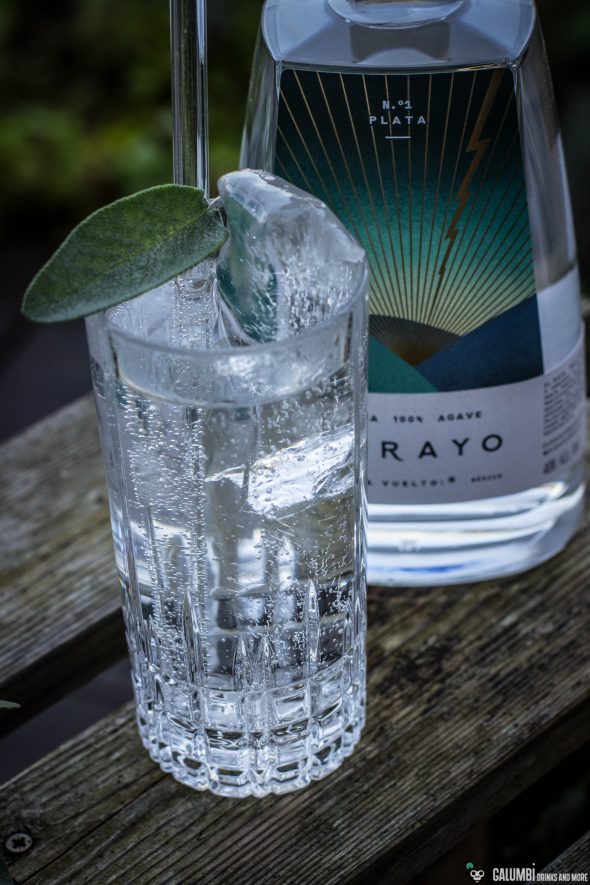 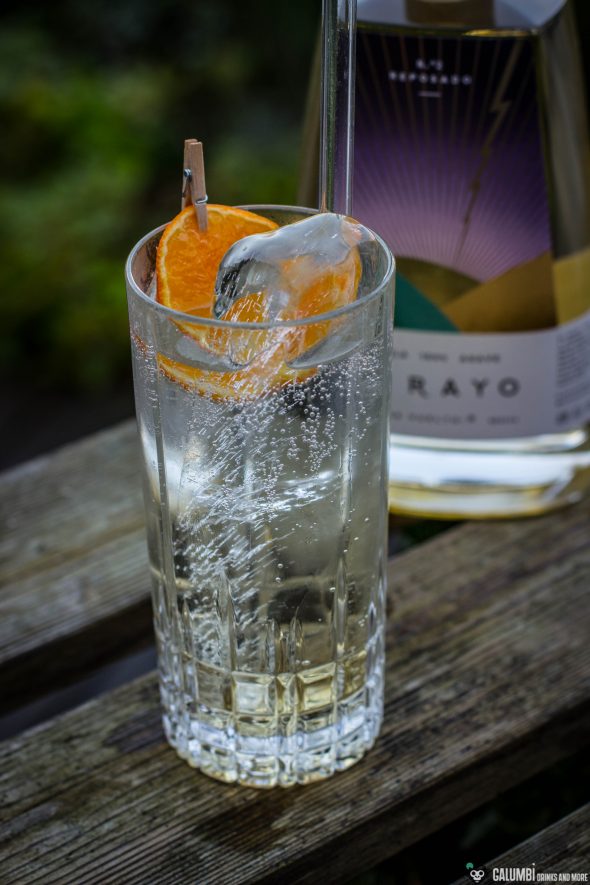 Therefore, if you are looking for an uncomplicated and well mixable 100% Agave Tequila, you won’t be able to do much wrong with El Rayo! For the more demanding neat drinker there will certainly be more complex agave distillates, but even here I can’t say anything really bad about El Rayo. It would simply not be in my list of favourites for that occasion, since I am missing a little bit of something special here and there. Nevertheless, in the end everyone has to find that out for her or himself anyway.