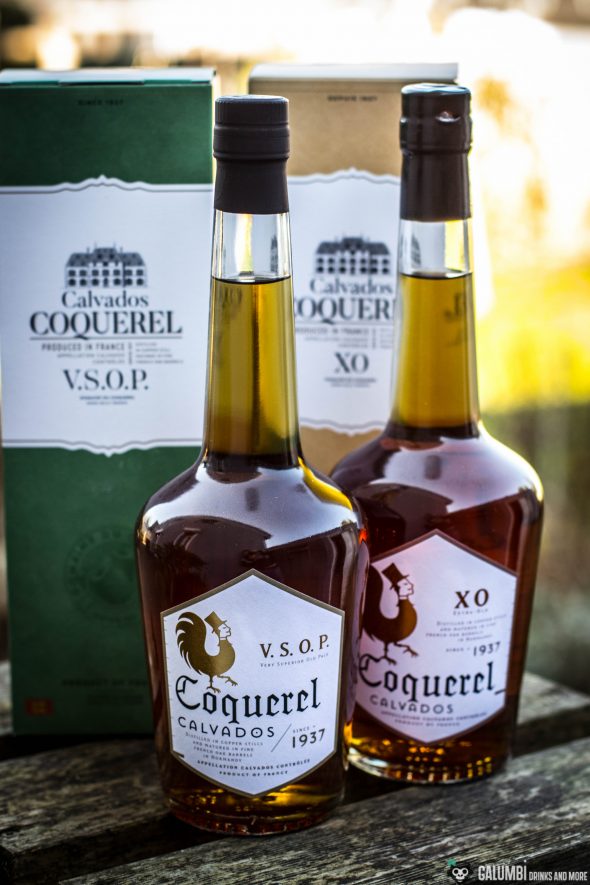 One of the perhaps most underestimated spirit types is Calvados. Considering that it is a classic, cask-matured and strictly regulated type of spirit (such as whisk(e)y or cognac), it is a little surprising how seldom you come across calvados as a cocktail ingredient, but also as a sipping spirit. However, there is a real community of Calvados lovers out there. And of course there are also very good Calvados cocktails. (provided test products)*

Nevertheless, the subject of calvados is not completely new here at Galumbi – Drinks & More. Some time ago, I explained the basics of calvados using the Daron Calvados Pays d’Auge as an example. So if you don’t know anything about this genus at all, I recommend you take a look at this article.

Thus, it will not be surprising that also today the way leads us once more to Normandy. To be more precise, into 1937, the year in which René Gilbert Senior founded the brand Calvados Gilbert, which would later become known as Calvados Coquerel. In Manoir du Coquerel, not far from Mont-Saint-Michel, they finally settled down and have been producing Calvados ever since. After changing owners in the 70s, 80s and early 90s (among others, the brand was owned by the German company Asbach and then by the spirits giant Diageo), the company became independent again in 1996 when Jean-François Martin bought it back. Although pears are also allowed for the production of calvados, the Coquerel company limits itself to the production from different varieties of apples from Normandy. From the mash of those apples, an apple cider is obtained by natural fermentation. Finally, an apple brandy or eau-de-vie de cidre is distilled on copper pot stills and then matured in French oak barrels. Six kilograms of apples are used to make approximately one bottle of Calvados. 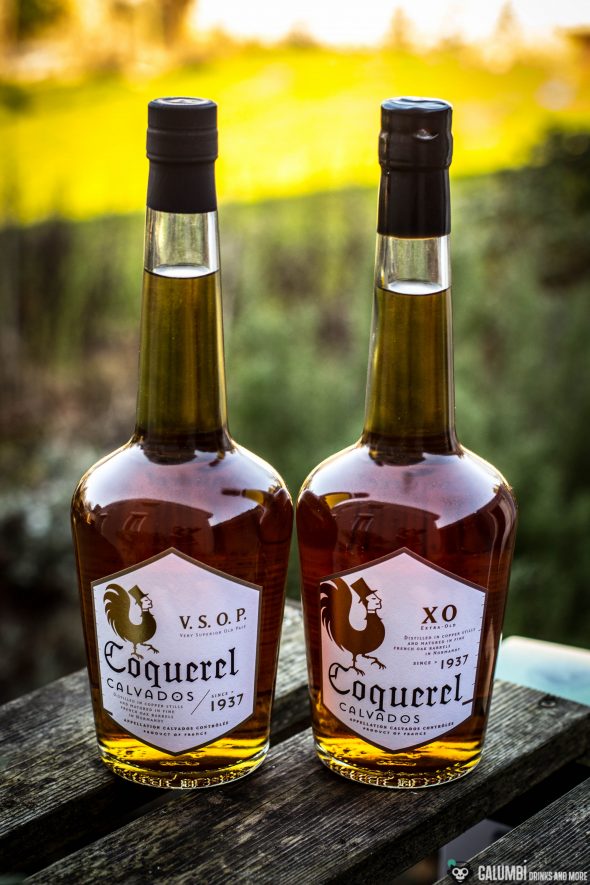 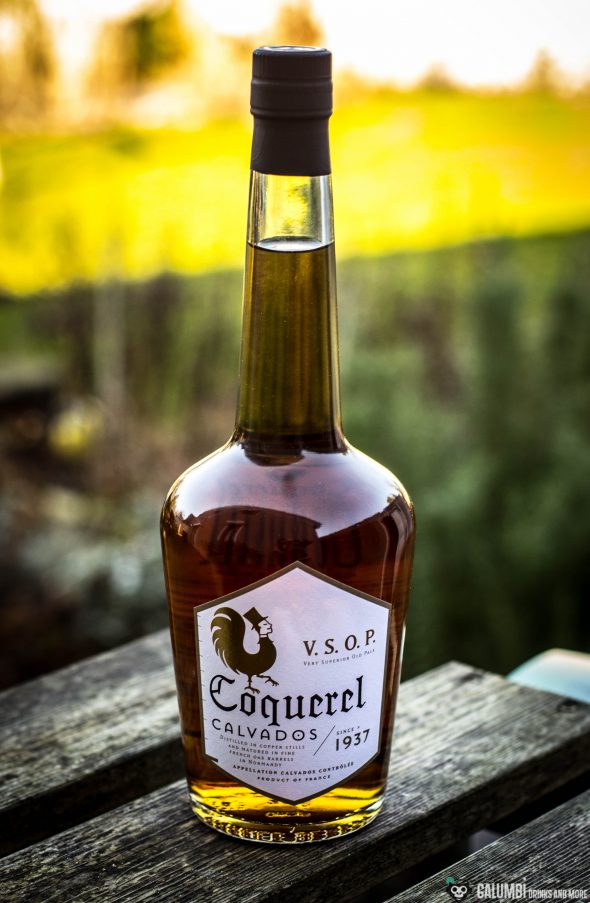 Palate: on the palate much more spicy than in the nose, apple, clove, oak wood, baked apple associations, hints of pears, sometimes a bit impetuous, the alcohol is noticeable but well integrated. 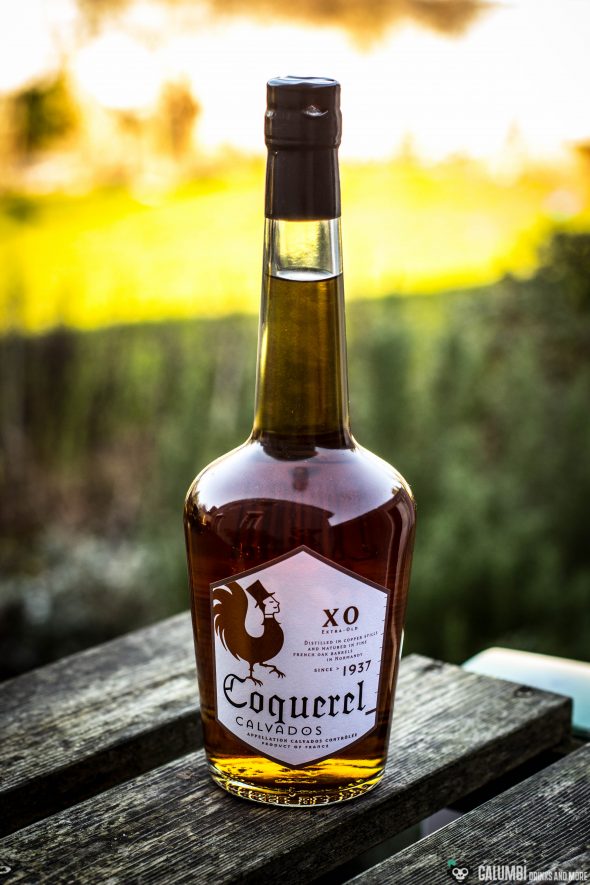 Aroma: A rich apple is also present here, but it is no longer as superficial and is instead accompanied by a noticeable increase of oak wood. The vanilla is more present, spicier and less filigree, a little pimento is added to the clove and heather remains recognisable. All in all, it appears a bit more sedate, less impulsive, but more complex.

Taste: the XO is softer and more balanced on the palate, the apples here show even more clearly a compote character with spices, vanilla, hazelnuts and considerably more oak wood. The alcohol is milder. A light citrus note is also present. With time, a little milk chocolate comes to the fore.

Finish: apple compote, honey, oak, a hint of cocoa, interestingly enough less dry than the VSOP, although I expected the opposite

Well, in the end, I opted for two different drinks in the course of this article. Both are not from me, but essentially from the series of more (in one case) or less (in the other) known Calvados cocktails. One is a classic that basically needs no further introduction: The Calvados Sour. Therefore, if you are wondering whether I seriously want to introduce a simple sour here today, at least be assured that the Calvados Sour is indeed a true classic among the Calvados cocktails. Nevertheless, the Calvados Sour that I personally prefer deviates slightly from the basic formula of lemon juice, sugar and Calvados. I like to add some Chartreuse Jaune to the shaker, and sometimes also a dash of Orange Bitters (may sound odd in combination with an apple spirit, but it works very well!). I would also like to mention the so-called Princess Pride Cocktail, which indeed goes back to Victor, Trader Vic, Bergeron. I am actually saying indeed, because it is not a Tiki drink. The fact that Trader Vic also created such drinks is often forgotten. The Princess Pride consists of two parts of Calvados (here I used the Coquerel XO because of the more mature notes), one part of sweet Italian vermouth and one part of Dubonnet Rouge. The result is great, I can only recommend it! 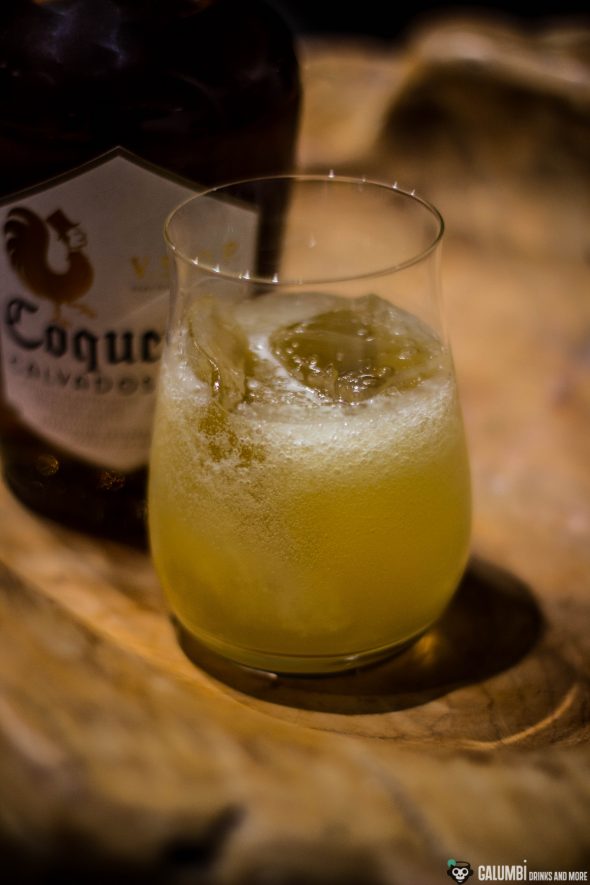 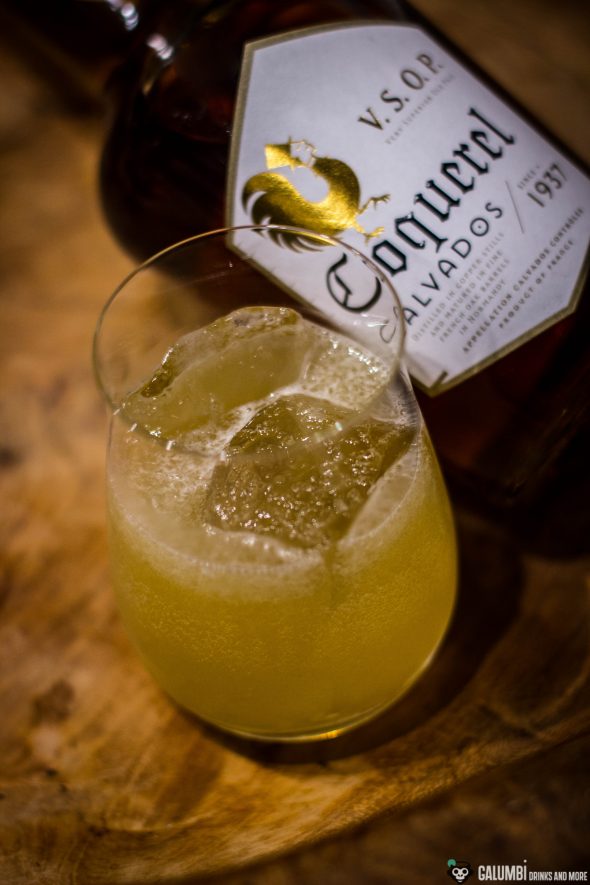 Preparation: Shake all ingredients vigorously on ice and pour into a pre-cooled glass on fresh ice. 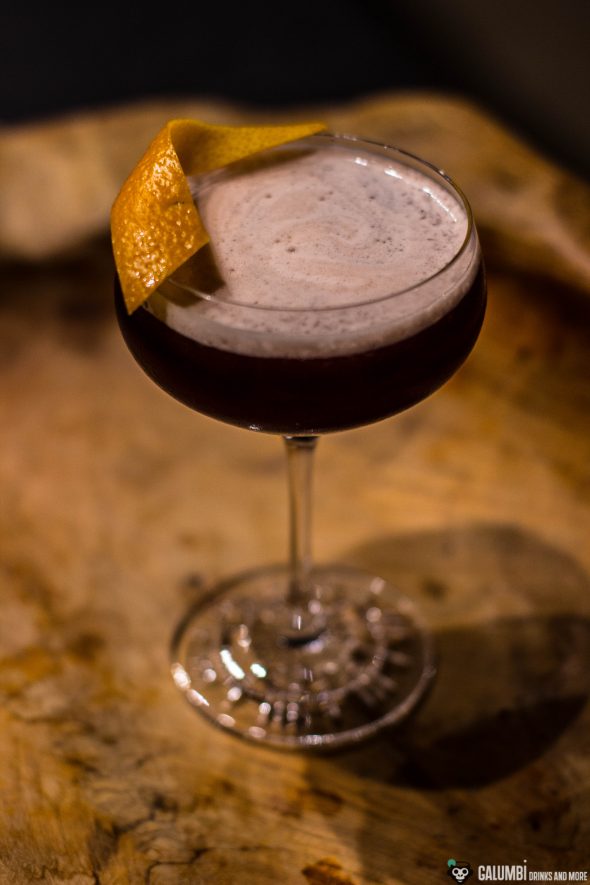 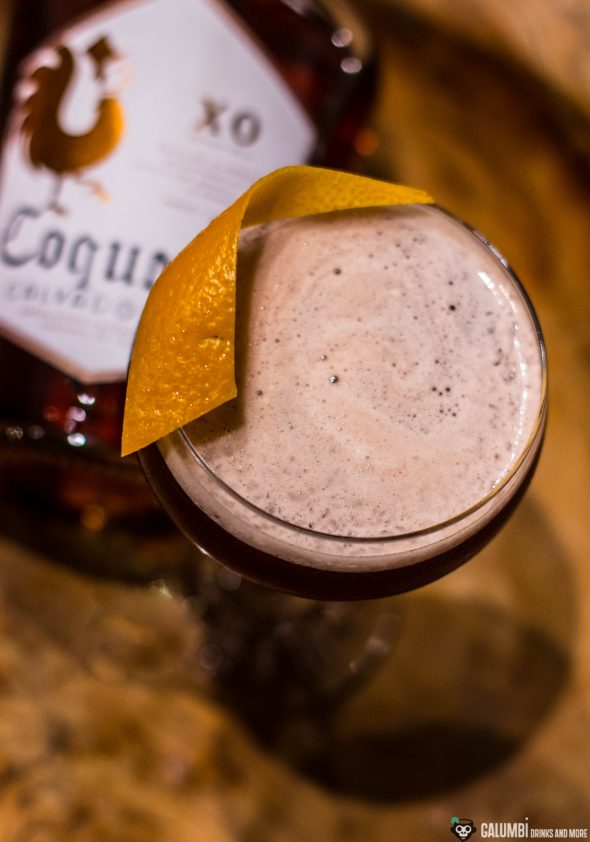 Preparation: Despite the “all alcohol” formula, this drink is shaken vigorously on ice and then strained into a pre-cooled glass. Spray with the oil of an orange zest. 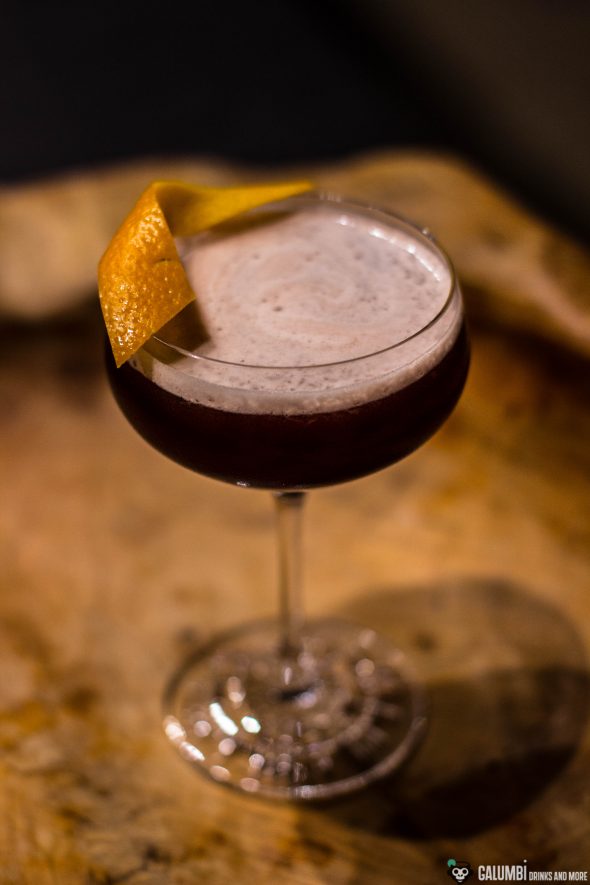