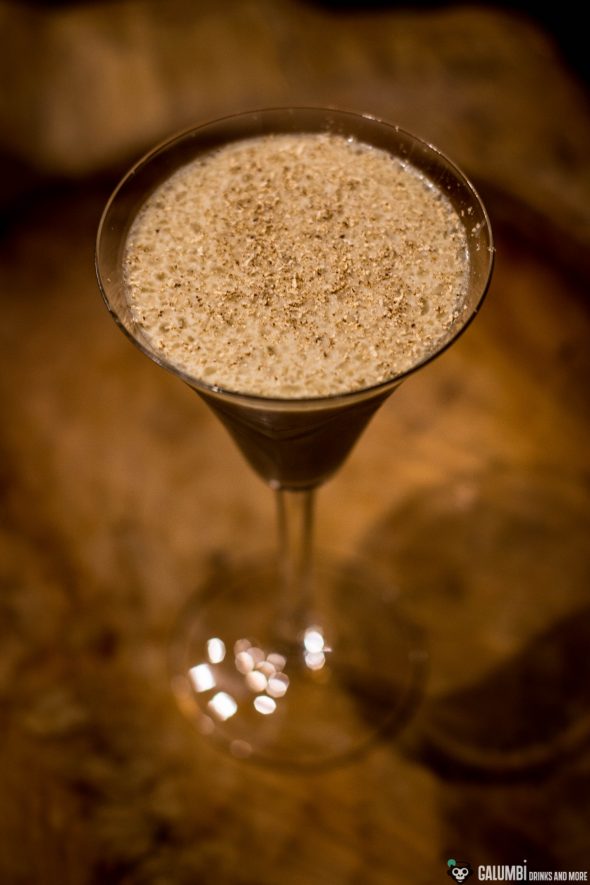 After a relatively stressful, family-centred and health-wise quite fickle Christmas time, I want to ring in the new year 2020 here in the blog today. And I will do that with a bottle of rum that carries a big name: because if you type Black Tot Rum into the most-used search engine of this globe, you will first be greeted by high-priced offers, some of which scratch the 1000 Euro mark. But don’t worry: the rum we are talking about today has nothing to do with this price segment. However, it is called Black Tot Rum, too. So it’s time for some explanatory work. (provided test product)*

On paper, todays bottle is a blend of rums from Barbados, Guyana and Jamaica with an ABV of 46,2%. The bottle label also informs us that the contained rums have been distilled on both pot and column stills. In addition – and this is already very pleasing – the predicates “unsweetened” and “unchillfiltered” were also given a prominent place on the bottle. Unfortunately, we do not know more details about the distilleries from which the respective rums for this blend originate (granted, in case of the Guyana share it will be the Demerara Distillers Limited, which is the only distillery left). So far, so good, the whole thing sounds like a promising, solid and appealing blended rum. The price of the bottle is about 40 Euro, which is far away from the prices mentioned at the beginning. But what is it all about? 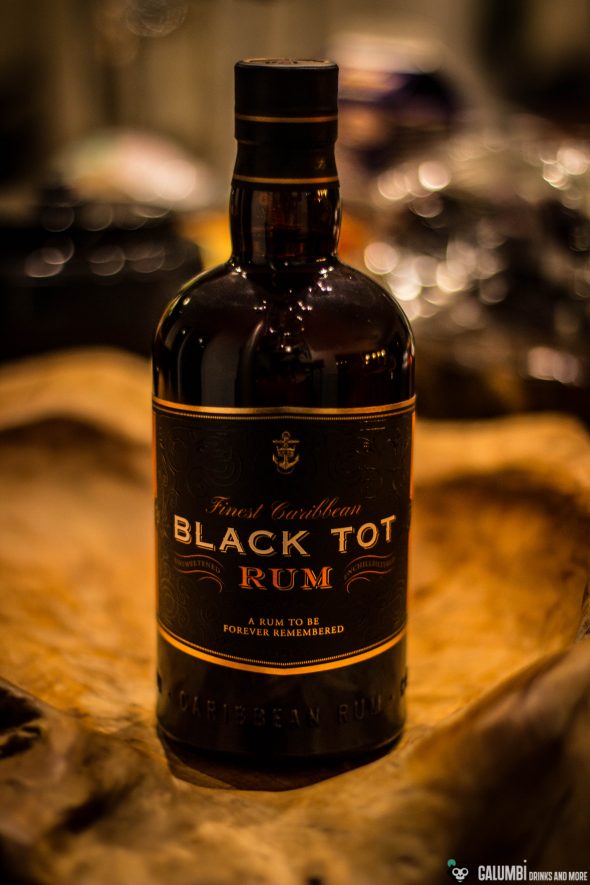 Well, Black Tot Rum is now the name of a standard rum bottling (the one reviewed here today) by the manufacturer Elixir Distillers (which has only been called that since 2017, before that year they called themselves Speciality Drinks). In 2011, however, the company began selling Black Tot: Last Consignment Rum, which is a rum based in the high price segment mentioned at the beginning of this article. This Last Consignment Rum was rum from the last remnants of those rum stocks, which the Royal Navy served as daily rations to its marines until the 31st of July in 1970, the so-called Black Tot Day. Of course, these last stocks had matured for a much longer time before they were bottled and are thus many times older than what the sailors hat to drink back in those days. However, a part of it came from rum already bottled. Anyway: the Black Tot Rum presented here today is no longer a rum based on these leftovers. However, it has the name in common with this first bottling of the series and is thus something like a liquid reminiscence.

In the following, I want to find out how well it performs in the tasting.

Aroma: fruity notes of cooked pineapple and baked banana, honeydew melon, dark sugar syrup, a little coconut blossom sugar, a fine vanilla, cinnamon, a hint of nutmeg, and a slightly herbaceous touch with mint associations. This is a very appealing nose, I like it very much.

Taste: Oh yes, this here is an unsweetened rum, no question. I was actually expecting a less dry rum in view of the nose, but the palate teaches a different lesson. However, also here the Black Tot Rum knows how to shine. I can’t help but think of dark caramel, oak wood and Christmassy ginger biscuits, then orange peel, roasted coffee, cloves and again baked bananas, coconut and a hint of freshly cut peaches. Nonetheless, only associations of sweetness come to mind.

Finish: Vanilla, caramel, mango, pineapple and a touch of apricot, medium-long and rather dry 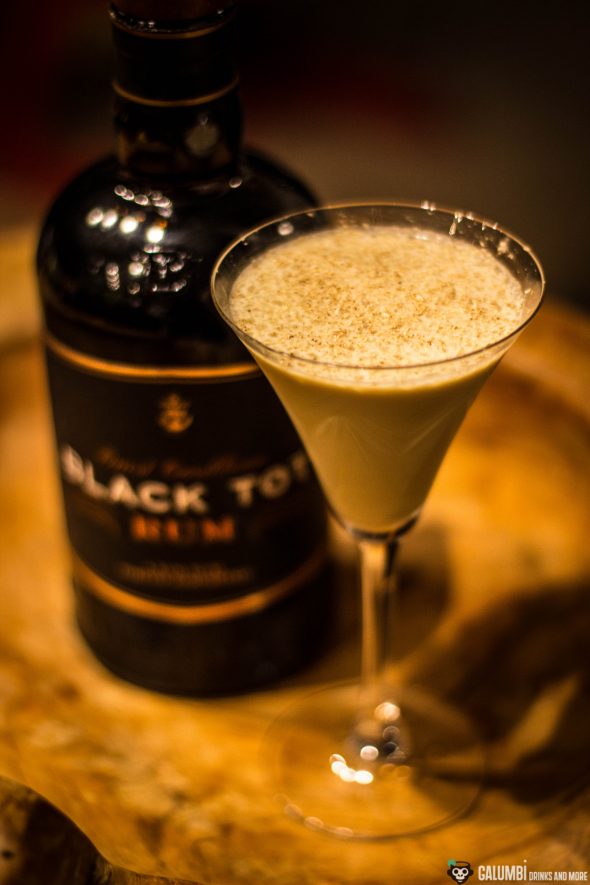 Maybe I still had the Christmas days in the back of my mind, where a certain tendency to eggnogs, cream cocktails or such drinks cannot be denied. Anyway, my choice fell on an Alexander style cocktail. I wanted to take the rich fruit and spice notes of Black Tot Rum to a whole new level with dark sugar beet syrup (which works great), and I also had a nuance of apricot (kernels) in mind, which finds its way into the drink in the form of a good apricot brandy. Even though there are no bitters in a classic Alexander, I added a little Dash of Chocolate Bitters – and it really makes a difference! Associations of Sachertorte are purely coincidental. Because it’s an Alexander, it’s based on molasses rum, but also contains sugar beet syrup, the drink goes by the name Cane & Beet Alexander. 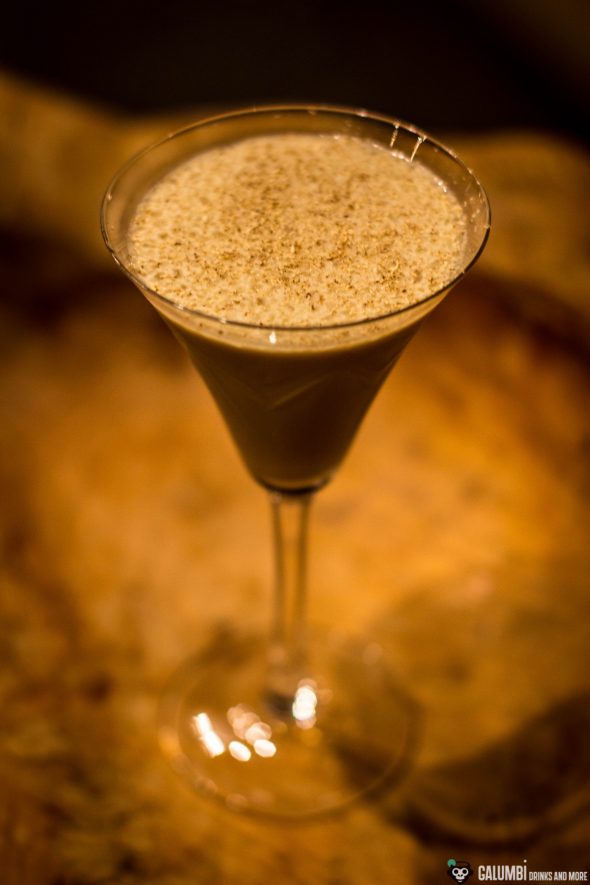 Preparation: Stir all ingredients in the shaker with a mixing spoon until the sugar beet syrup dissolves. Then shake on ice and strain into a pre-cooled glass – twice if necessary. 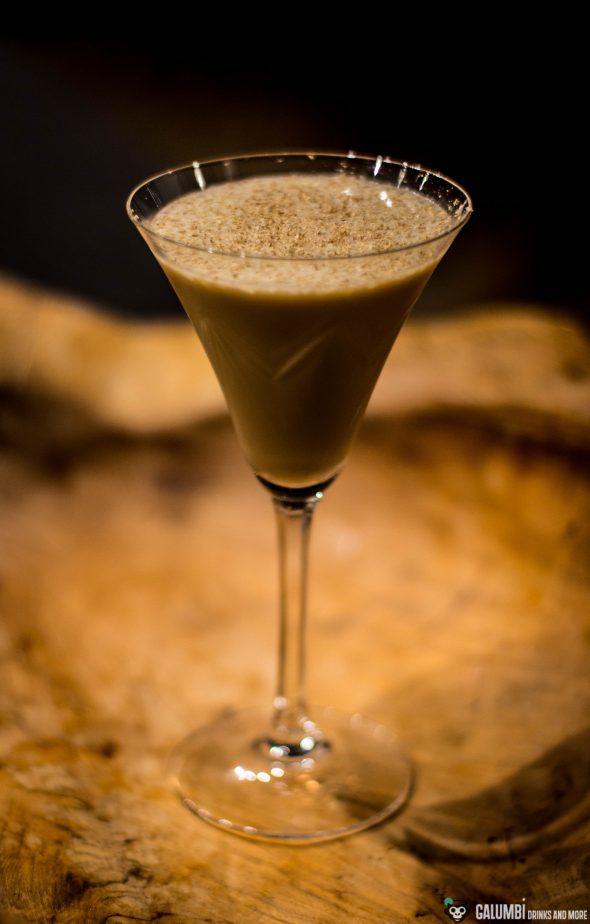