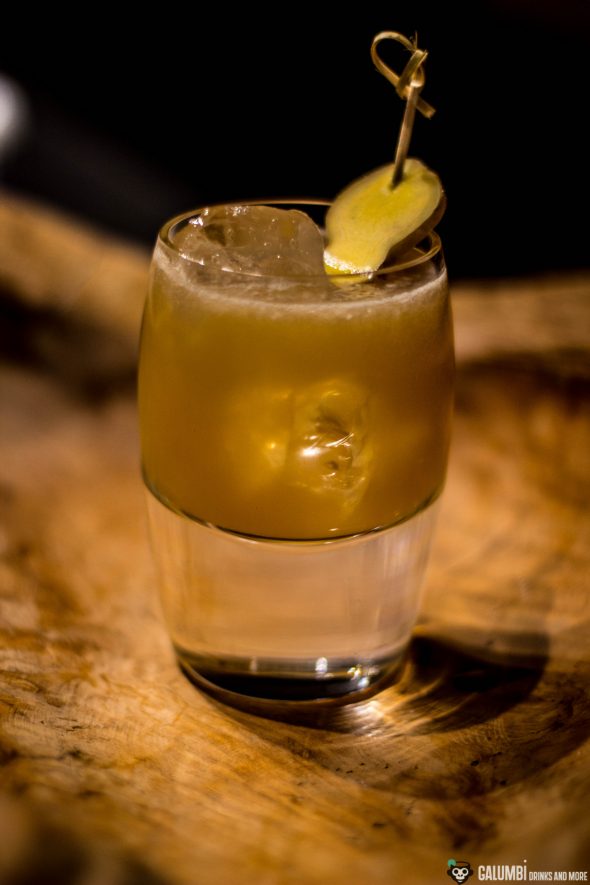 It’s been a while since I last wrote about a Plantation Rum here. Since then, Ferrand has been consistently pursuing the path they had taken in the past: The focus lies increasingly on transparency and information, especially in the “premium segment” of the brand. And so, with the new Single Casks, a whole series of very interesting rums has been launched, some of which have undergone very unusual cask maturations. (provided test product)*

And the rum that I would like to review today also comes from the same series. It’s the Plantation Single Cask Trinidad 1997. Mastermind Alexandre Gabriel came up with something very special for this rum, which makes me really excited. This rum, which was produced by Trinidad Distillers Limited on column distillation plants, is based on a mash of sugar cane molasses which fermented between two and three days and subsequently underwent a very long time of aging. The rum was left to mature in former Bourbon barrels in Trinidad for a whole 15,5 years (which is really a lot in view of the climatic conditions), before it matured again in Ferrand cognac barrels in France for another six years. Finally – and this is undoubtedly the most outstanding characteristic at first glance – the rum was finished for four months in former Kilchoman barrels. Kilchoman is a Scotch distillery on the Hebridean island of Islay, which produces highly smoky whiskies in the typical style of the island. 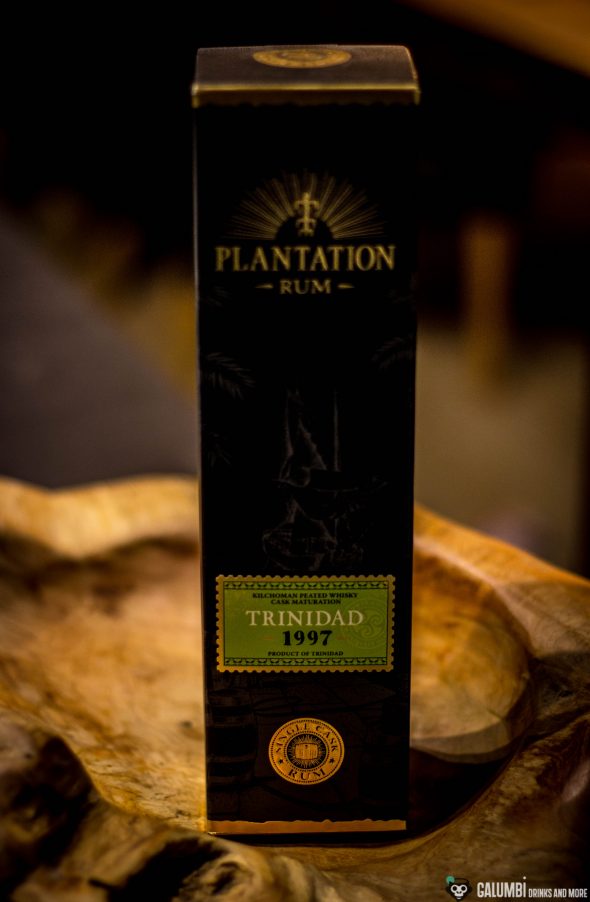 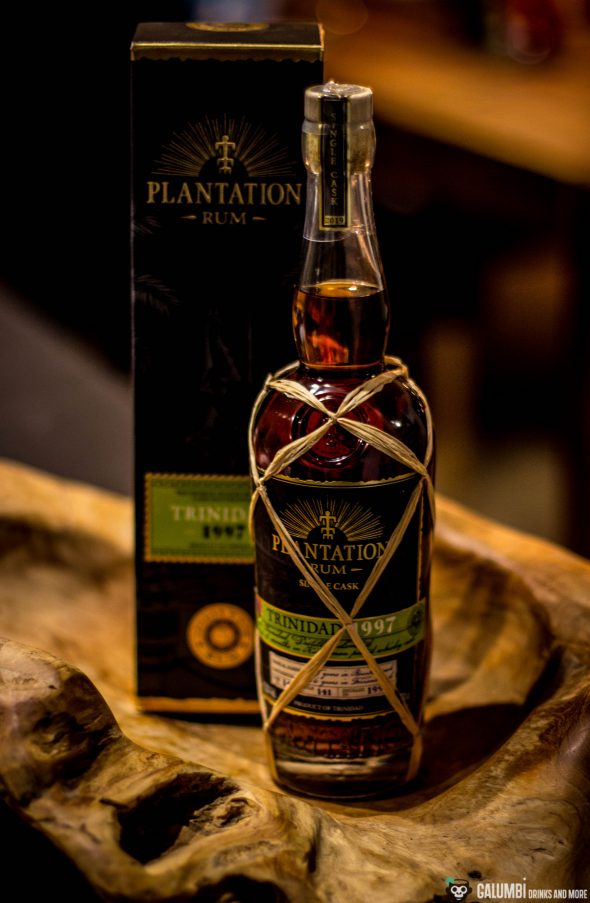 The Plantation Single Cask Trinidad 1997 is then bottled at 45.2% abv. The only downer for me is the addition of 16g sugar per litre. Well, it is admitted openly, meanwhile also written on the bottle label – Plantation was quite honest here also in the past. But considering that many other Plantations (and also the majority of the other single casks) were not sweetened, this raises the question why it had to be done here. After all, even after the new EU regulation, the “dosage” here is still below the permissible 20g, so that we at least do not have to discuss here whether it will soon be officially allowed to still be rum. So I have no other choice than to trust Alexandre Gabriel and to rely on the fact that the 16g of sugar do produce a positive effect that does not noticeably move in the direction of a “sweet rum”. This rum costs about 80€. 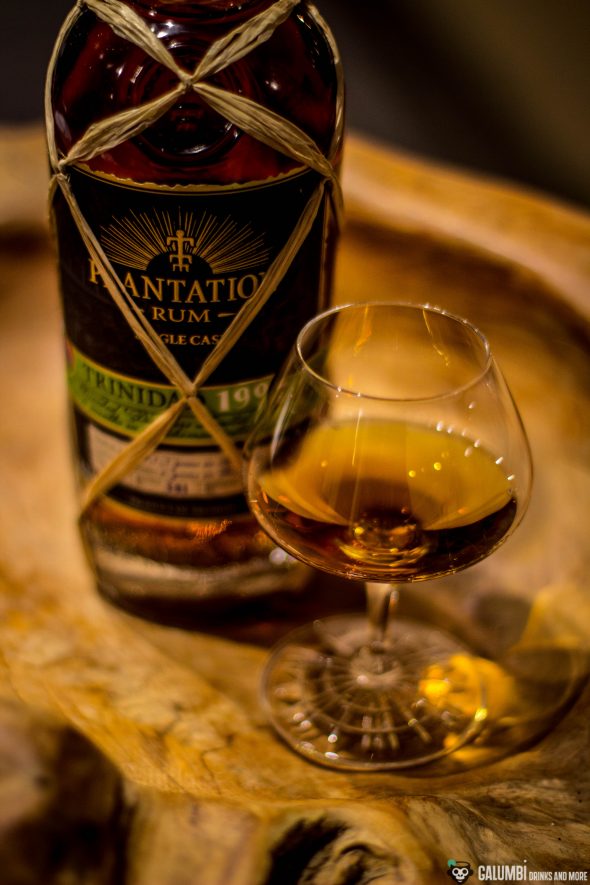 Aroma: A beautiful, dark amber colour catches the eye before the first scent of aroma arrives. Then there are immediately rich notes of roasted nuts, slightly dark, caramelised sugar and brown butter. A clearly recognisable smoke from the Kilchoman casks is also present, but it is by no means dominant or even comes close to an Islay whisky, it is much too reserved for that. But it is very nice and very well integrated into the overall aroma, which is why I want to spend a lot of time here just smelling this rum. With time, some light fruity notes (especially citrus tones and some quince) as well as old leather and oak wood come to the fore.

Taste: You will immediately notice the advanced age of this rum: Many rich spices and oak notes are present, balanced and complex. Here, too, there is a perceptible smoke, yes, but not too dominant. Instead, there are lots of notes of cooked fruit, light plums, pears and quinces, plus vanilla and coffee tones with a little dark chocolate. A certain sweetness is present. And unfortunately it cannot be completely ignored here that it has to do with 16g of sugar per litre: it doesn’t seem completely natural any more, but is nevertheless rather modest – it’s not what many people call a “sweet rum”. Overall this is a very delicious rum.

Today, the penicillin cocktail was the inspiration for the drink, which I will introduce in the following. The Penicillin is actually a whisky cocktail, but today I wanted to transfer it to the rum theme – and still do a few more things differently. Besides the Plantation Single Cask Trinidad 1997, I used the really great Galgant Cremelikör (galangal creme liqueur) from the Preussische Spirituosen Manufaktur, fresh lemon, forest honey, a nuance of Banane du Brésil and two shots of smoky Mezcal from an atomizer. With a slice of fresh ginger, the Pirate’s Penicillin is ready (yes, I wasn’t very creative today: Rum = Pirate + Penicillin; that’s the whole secret of the name). 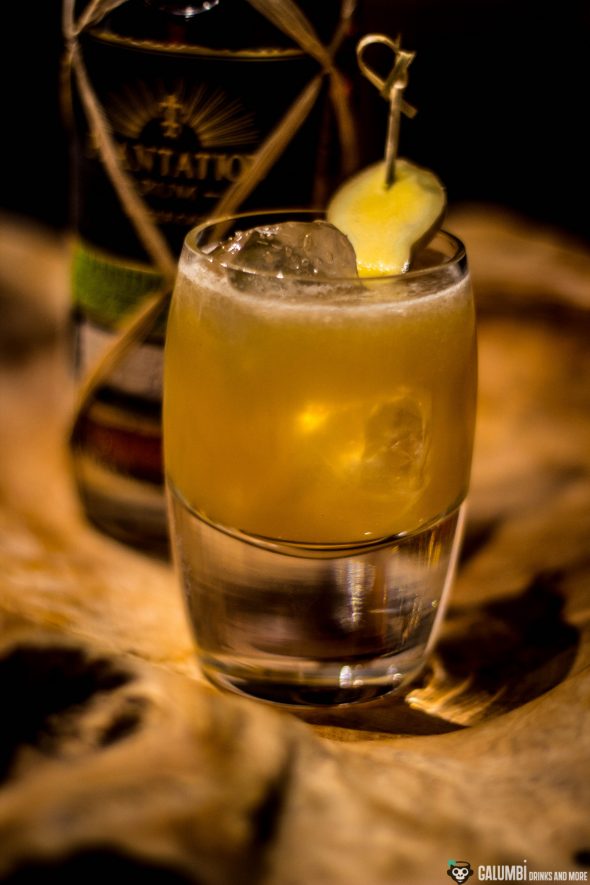 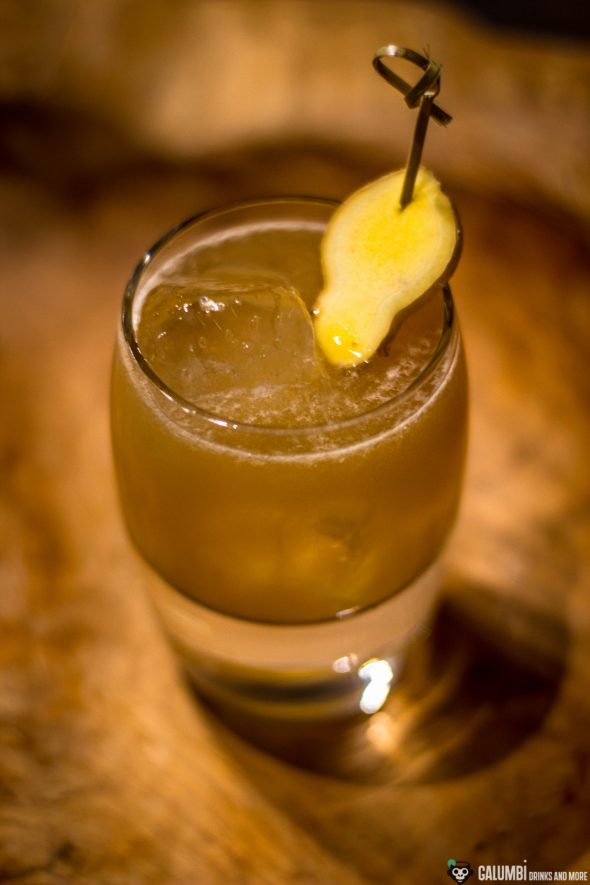 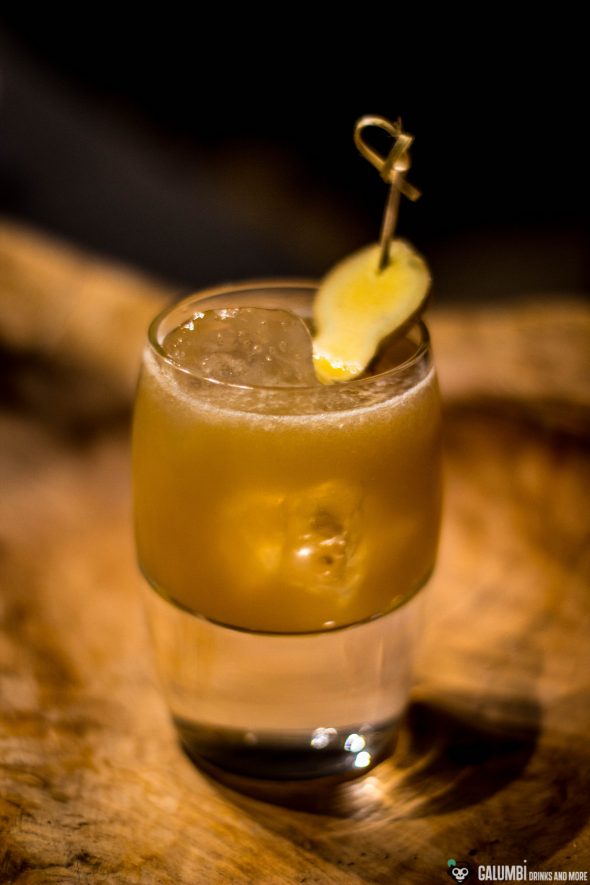 Preparation: Pour lemon juice and forest honey into a shaker and stir with a bar spoon until the forest honey has dissolved. Add the remaining ingredients except the mezcal (and really just add a tiny pinch of salt between your fingertips), fill up with ice and shake vigorously. Finally strain into a glass filled with fresh ice and dust with two sprays of Mezcal from the atomizer.

Garnish: a slice of fresh ginger 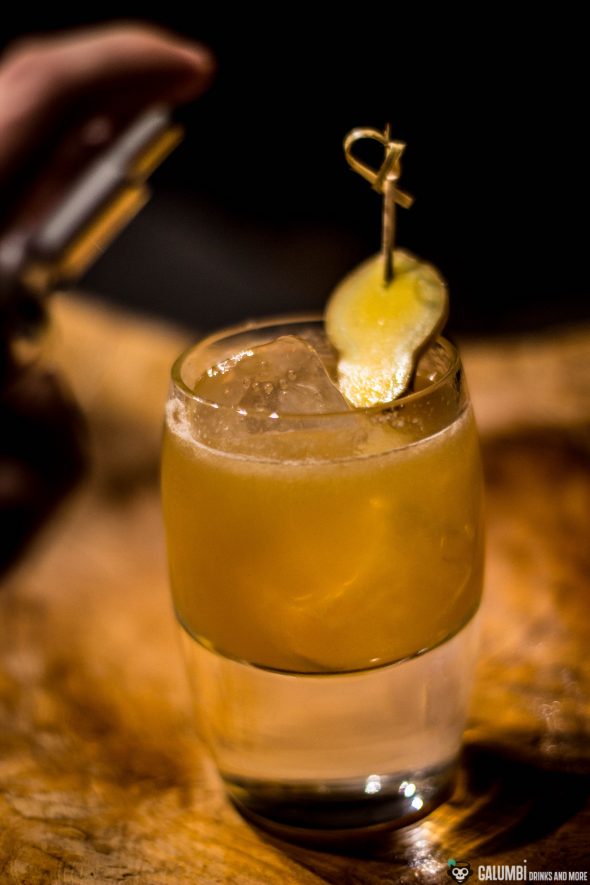 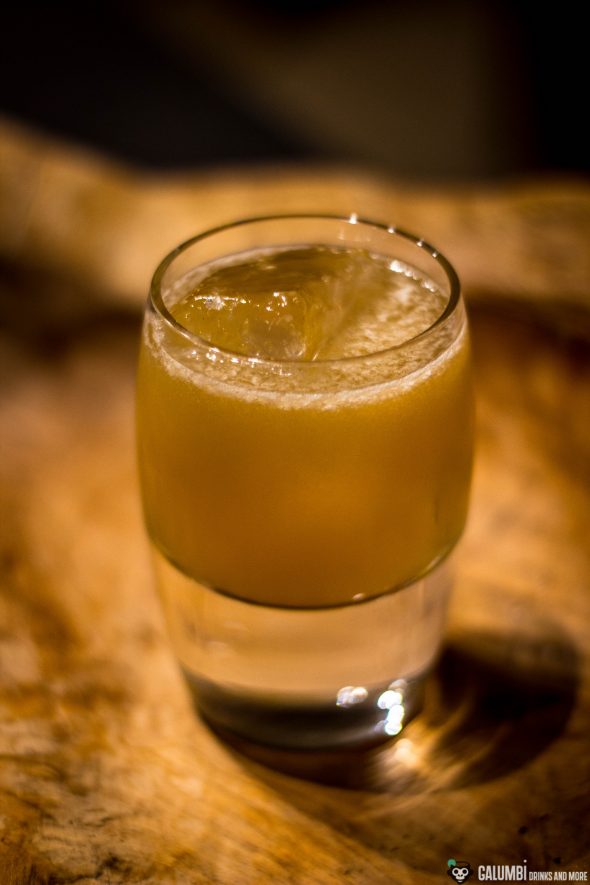