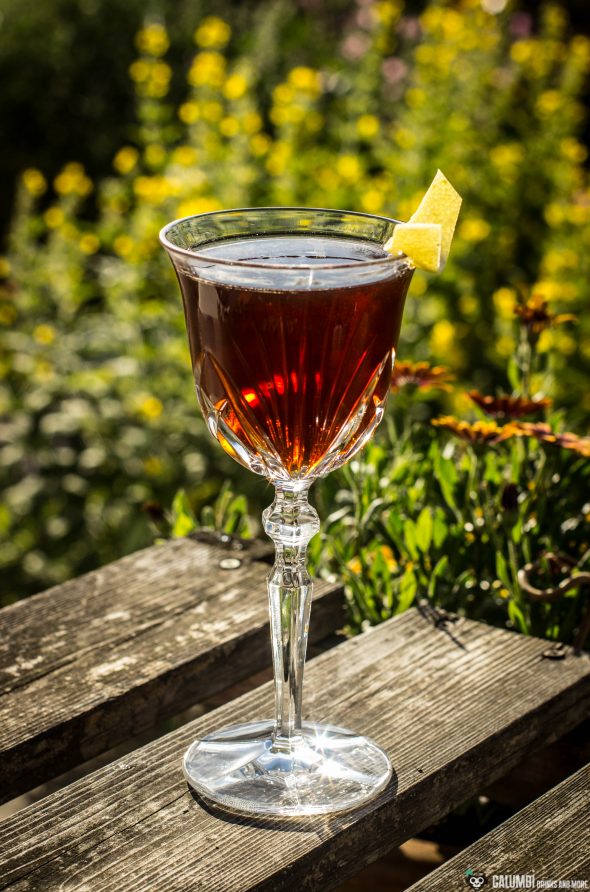 Recently, Jim Beam caused quite a stir with an announcement they made. It was about the Knob Creek Bourbon, which I also reviewed here in the blog in the past (and used it in a drink called the Iron Ranger, a bourbon-based Tikidrink). In that article, I wrote that the manufacturer claims to have been oriented towards an age of 9 years despite they abandoned printing an official age statement on the label. Well, and now they‘re going to change it once again by going back to the original official indication of 9 years. However, what applies to the Knob Creek Bourbon does not apply (to my knowledge) to the Knob Creek Rye. (provided test product)*

Is that surprising, disappointing or even dramatic? Basically not, because while the annoyance of many consumers regarding the omission of the age statement of the bourbon, which was sold since the 1990s, was quite understandable, with Knob Creek Rye you have to take into account that it has only been available since 2011 and has been on the shelves from the beginning without any statement of age. However, also the rye is said to be oriented towards 9 years of age, but from the very beginning that was no official information. 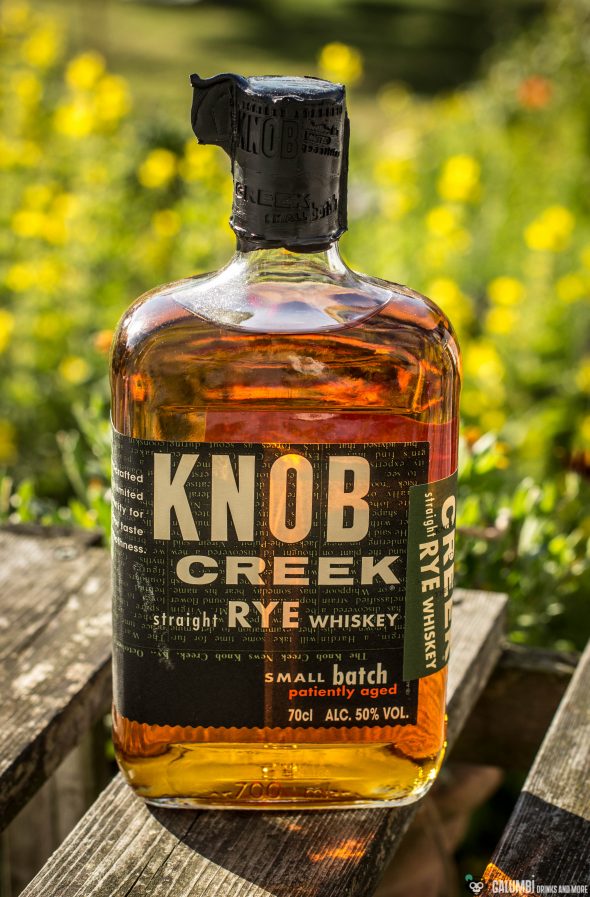 So far, so good, exactly this Knob Creek Rye I would like to examine here today. However, I don’t want to write again about the basics of Knob Creek, the origin of the name etc. at this point, which is why I want to refer to my article about the Knob Creek Bourbon (for your convenience I’ll link it once again here). In addition to the Rye standard bottling there is also a Cask Strength and a Single Barrel variant, but those bottles are not in my focus today.

For the Knob Creek Rye, the mash is made up of 55% rye, 35% corn and 10% malted barley. After the distillation and the following barrel maturation it is bottled with an appealing ABV of 50% (100 American Proof). The manufacturer describes it as Pre-Prohibition-style Rye, which is probably meant to pay tribute to the general popularity of rye whiskey during that time rather than referring specifically to a feature in the production process – I may be wrong about that, though. And even though I’m always a bit sceptical about spirit awards, I’d like to point out that Knob Creek Rye was named the world’s best rye whiskey in 2012 at the San Francisco World Spirits Competition. 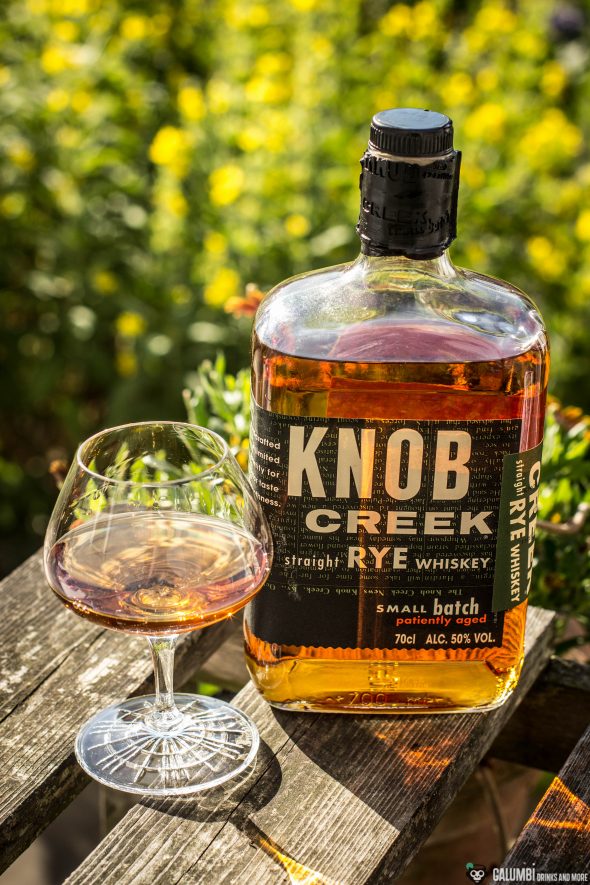 (In July 2019, a lightning hit one of Jim Beam’s warehouses and caused a major fire, but it is unlikely that the Knob Creek bottlings will be influenced by this.)

Aroma: Immediately a multi-layered load of spices reveals itself on the nose: pimento, cinnamon, cloves, nutmeg, some cubeb pepper and a nuance of anise, followed by warming caramel and associations of blood oranges – the influence of the oak casks is subtle, but constant with light roasted and minimal smoke aromas. Considering the rye content of “only” 55%, this rye is much spicier and more expressive than expected – at least on the nose.

Taste: The 50% ABV are definitely noticeable on the tongue, but they also bring a lot with them right from the start. I can find strong rye bread – again with plenty of spices, especially cinnamon, pimento, nutmeg and some white pepper. The oak also shows a hint of caramel, vanilla and even a herbal note reminiscent of woodruff (I don’t know if I still have the Waldmeister Highball in my mind?). All in all, I like the Knob Creek Rye very much, it is very pleasant to drink despite the ABV of 50%, it is certainly not the spiciest rye I have ever tasted, but offers a very good price-performance ratio.

Finish: medium long, quite dry with vanilla and oak. 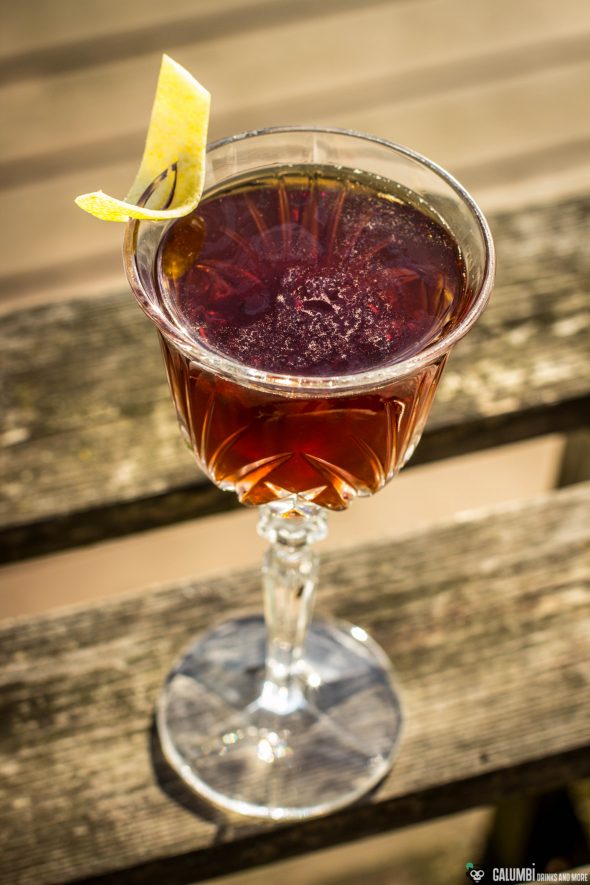 Usually at this point, I’m introducing use my own creations, classics or at least recipes, which I have discovered myself in bar books and which definitely deserve additional distribution here. However, today I would like to recommend you a drink from a book, which I don’t own myself, but which I plan to buy very soon. I became aware of the drink through a group in the social networks – the recipe immediately appealed to me and I had to try it out! And what shall I say? It is fantastic, a spicy, powerful, bitter and multi-layered drink for the cocktail connoisseur with a certain demand for sophistication. And a rye can also show its worth in the drink as it plays the leading role. The Knob Creek Rye masters this task with flying colours. Oh yeah: The drink listens to the pun name “Yesterday, Today and Amaro” and can be found in the book “Amaro” by Brad Thomas Parsons. Here’s the recipe. 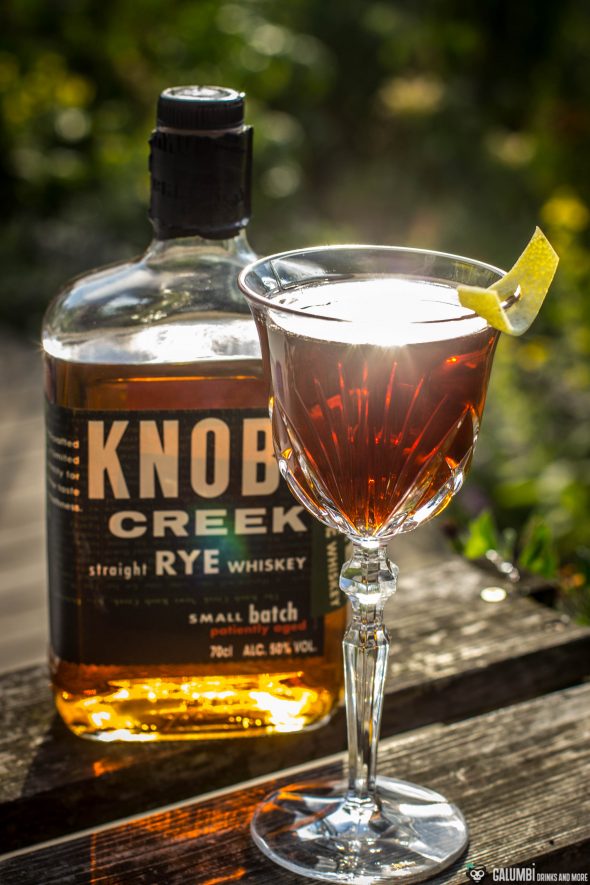 Preparation: Stir all ingredients on ice until cold and strain into a pre-cooled glass. Finally spray with the oil of a lemon zest. 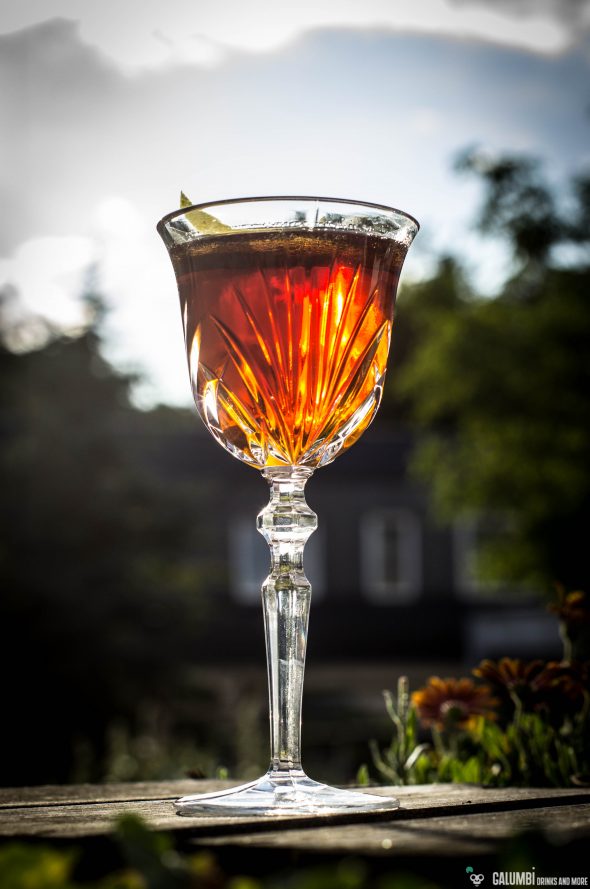