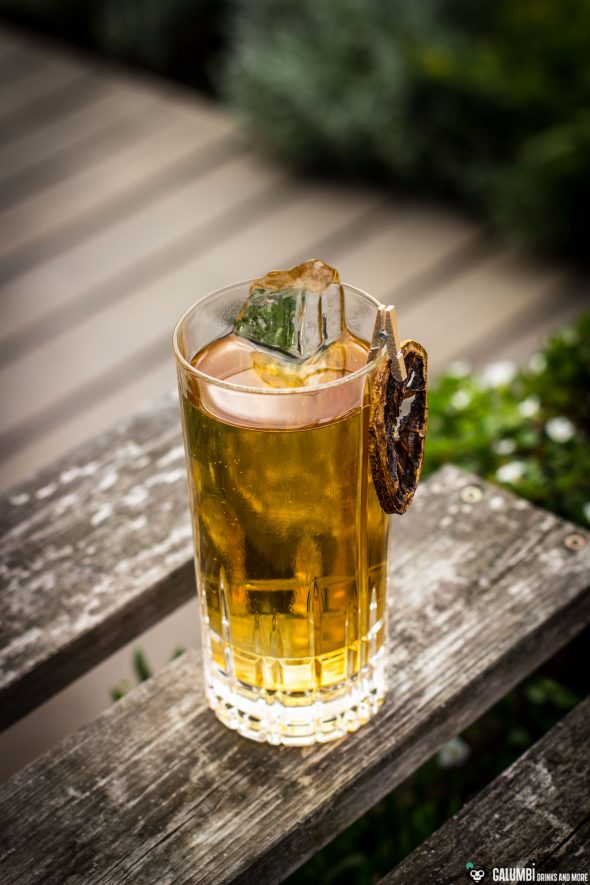 Today it’ll be classic! Moreover, when I say this, I think of a certain reputation that Scotch Single Malt whisky has among spirit lovers as well as my personal biography concerning Scotch. In fact, Scotch Single Malt was my personal starter that made me enter the world of high-quality spirits and to this day, I have not lost my enthusiasm for that kind of whisky. (provided test product)*

Therefore, I wouldn’t have to think long about what I would pour into my glass in the evening of a particularly enjoyable day, sitting in my chair in order to reflect the day’s events again. Neither would I hesitate if someone would ask me off the cuff for the particular type of booze to which I would attribute the greatest aromatic and flavor range. The world of Scotch Single Malt Whisky is and remains a fascinating, relatively honest and much loved one.

Nevertheless, of course, all is not gold that glitters. The high demand for Scotch Single Malt, especially from Asia, has driven prices to absurd heights in recent years and many bottles that I used to include in my standard repertoire have not found their way back into my cabinet. Another consequence of the increased demand are the so-called NAS (No Age Statement)-bottlings, which have become almost standard by now and which are certainly also reinforced by the considerable number of newly founded distilleries selling their first bottles – for commercial reasons – with no age indication due to their youth. Be that as it may, fortunately there are exceptions to this development. There are Single Malts, which still offer a good quality at a fair price and do not even waive the age information. And I would like to describe such a bottle in more detail here today and of course also take a critical look at it despite the praise I’m uttering here in advance (which is mainly fed by my positive memories). 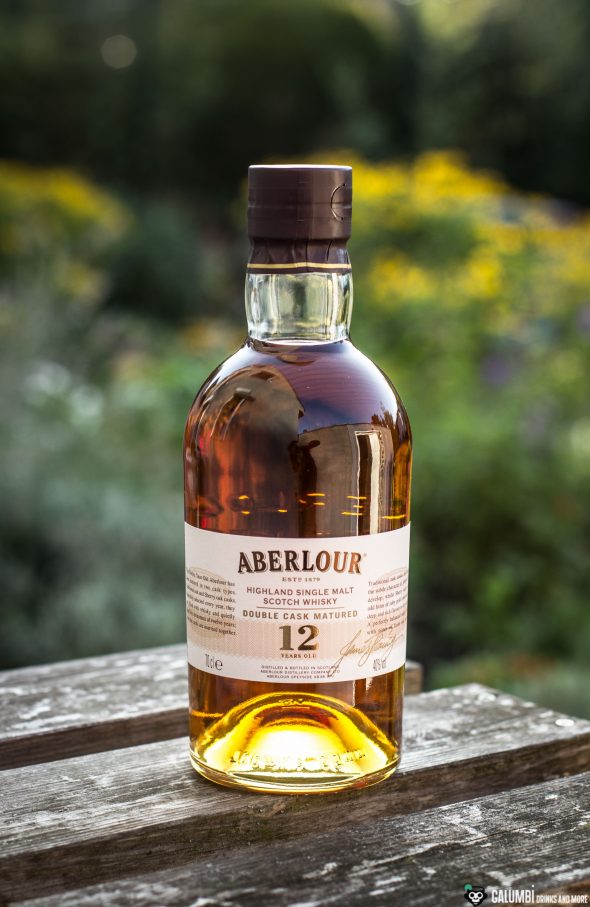 I’m talking about the Aberlour with an age of 12 years. If you are a bit more interested in Scotch whisky, there is of course no way around the name Aberlour. The distillery is one of the best known from the Scottish Speyside region and was founded there in 1826. After a changeable history with also changing owners, the distillery now belongs to the spirit giant Pernod Ricard. The distillery is distilling on two wash- and two spirit stills and has just made a good name for itself especially regarding friends of sherry single malts (as I am one by the way). Especially the Aberlour a’bunadh has triggered great enthusiasm in the whisky community and should therefore be also mentioned here.

The twelve-year-old Aberlour is labelled “Double Cask Matured”, which is quite programmatic here. The whisky is a distillery-internal blend of (at least) twelve-year-old whiskies from former bourbon and sherry casks. So they didn’t only make a finish, but simply married ex-Bourbon and ex-Sherry-cask-Whiskies. However, there is also room for criticism left: Unfortunately, the color of this whisky was altered with caramel color, which is of course always a small minus. The whisky has also been chill-filtered, which is also a pity. Against this background, it should be pointed out that Aberlour offers somewhat confusingly different 12-year-old bottlings and that there is also a 12-year-old Aberlour called Aberlour Non-Chill Filtered. Nonetheless, the 12-year-old Aberlour I’m reviewing here is bottled with an ABV of 40%, which is also quite suitable for beginners. The bottle usually costs between 35 and 40 euros. 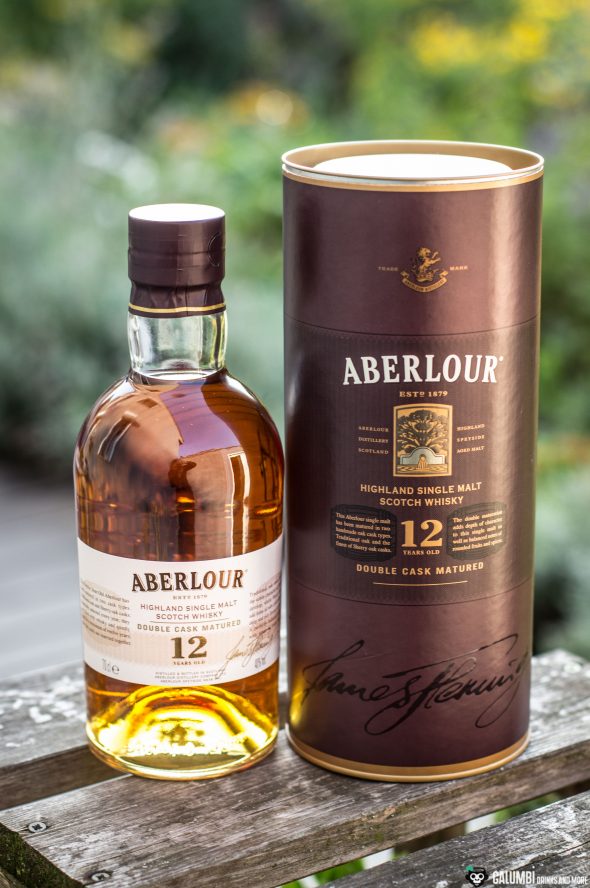 Aroma: On the nose a very beautiful, appealing and quite mild single malt with fruity notes of pears and apples, a typical, slightly vinous sherry note, peaches and some honey. An excellent example of a Speyside malt.

Taste: On the palate, there is a fine honey with fruit tones of ripe apples and peaches, dark plums and a mild chocolate. The barrels also show their unmistakable influence here, which is reflected in caramel and vanilla tones and a slight bitterness.

Finish: medium-long and warming with fruity tones, oak and some ginger. No question: a beautiful and solid Speyside malt, which is highly recommended even for beginners.

Well, now I am at a crossroads. In the beginning I spoke of keeping it classic today. And when I’m now start thinking loudly about the topic of “Single Malt and Cocktails”, many purists may directly turn away. In fact, the question may be allowed how “classic” it still is to “sink” a Scotch Single Malt in a cocktail. But I can assure even to the more conservative Scotch drinkers: Scotch has in fact always been a very classic ingredient in bar history. Perhaps not always a single malt, but the time when single malts globally became as popular as they are now has not been so long ago compared to the age of some Scotch cocktails. 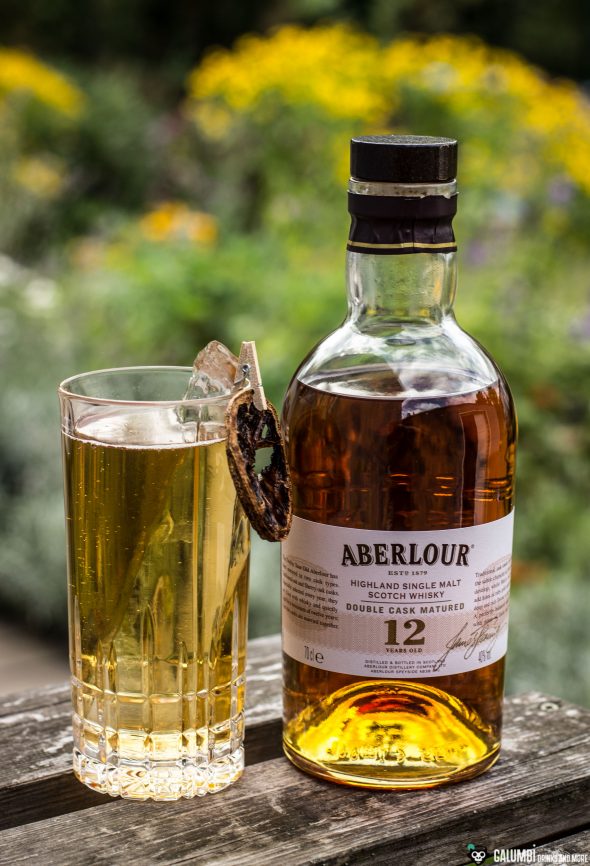 Nevertheless, I really want to keep it classic today – and above all that means simple here – when it comes to cocktails. In addition, at the same time I want to stand up for a cocktail that may not necessarily meet the taste of the masses or of all those who imagine a highball or long drink to be a sweet, refreshing or even fruity cocktail. I’m talking about the Scotch Highball or Whisky Highball. While the roots of this highball are located deep in the 19th century, originally it might have been an invention to make whisky of less quality more enjoyable by adding soda water to it. However, today more and more people know that a good whisky highball can be an elegant and simple revelation of taste. Especially the Japanese have become famous for this simple and classic drink. And since the Japanese are especially known for their puristic, very simple method of preparation with a perfectionist accuracy, it is not surprising that they have just helped the Whisky Highball to new popularity. I can only encourage you to try a good Whisky Highball! Perhaps some people will be irritated by the lack of sweetness, but on the other hand those people may have the wrong expectation. Those who enjoy a Whisky Highball usually want to have the complex, multi-layered aroma profile of a good Scotch Single Malt in a more refreshing, “extended” way and will certainly be surprised how intensely the whisky’s character stays in the foreground. Although this drink is also conceivable with peated single malts, I personally consider a Speyside Whisky (or a Japanese, for instance a Yamazaki) to be the ideal choice! For my Whisky Highball, I even took the liberty of adding a small dash of orange bitters. Simply because they somehow make it even better. As a tribute to the Japanese way of preparation, I allowed myself to be persuaded to make some clear ice for the cocktail. Sláinte! 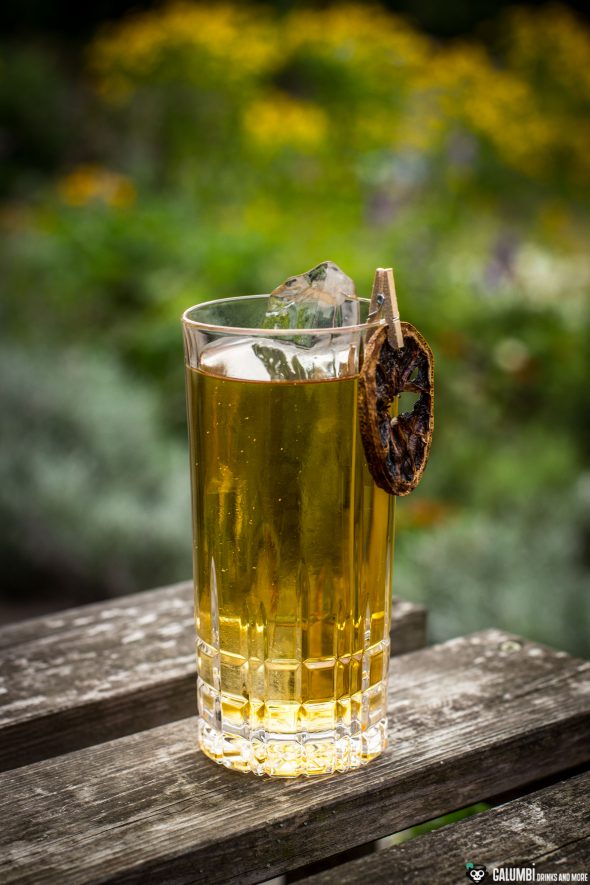 Preparation: Add Aberlour and Orange Bitters into a Highball glass filled with a clear ice wedge and top off with soda water. 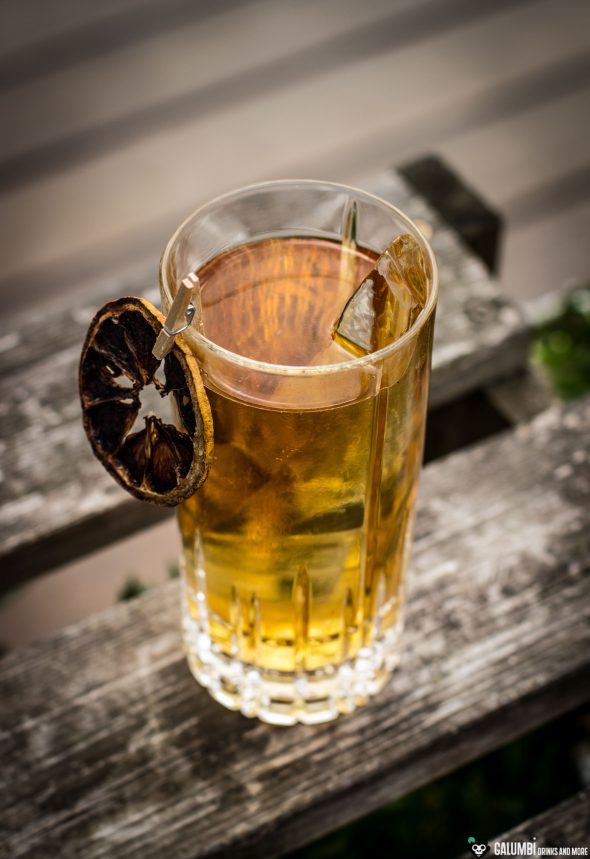