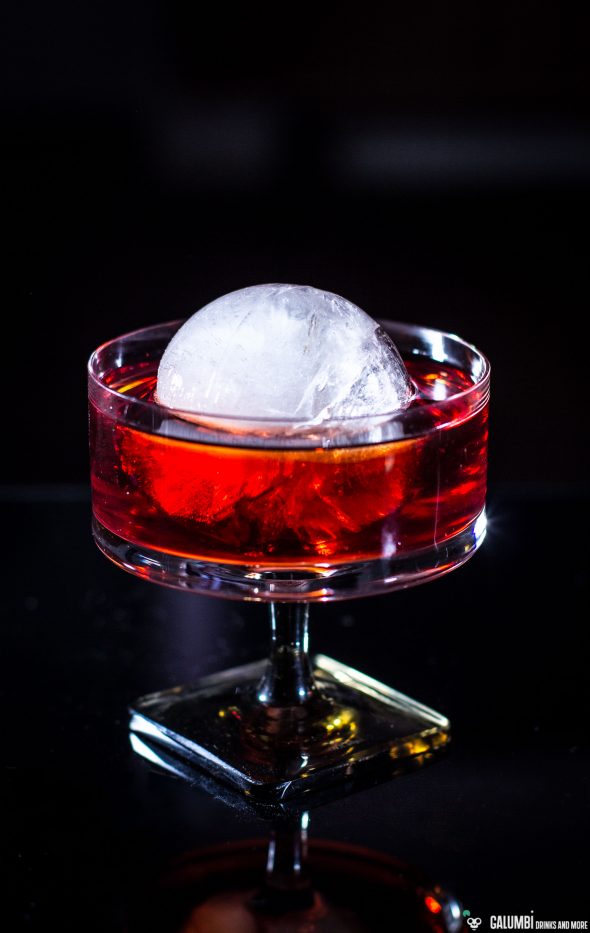 The Bulleit brand is not necessarily the oldest and most traditional brand in the world of Bourbon whiskey. Although there are also many much younger Bourbon brands, compared to some long-established heavyweights the Bulleit brand (which is named after former lawyer Tom Bulleit) is relatively young: it only exists since the 1990s. However, the bottle which I want to put to the acid test today only exists since 2017. 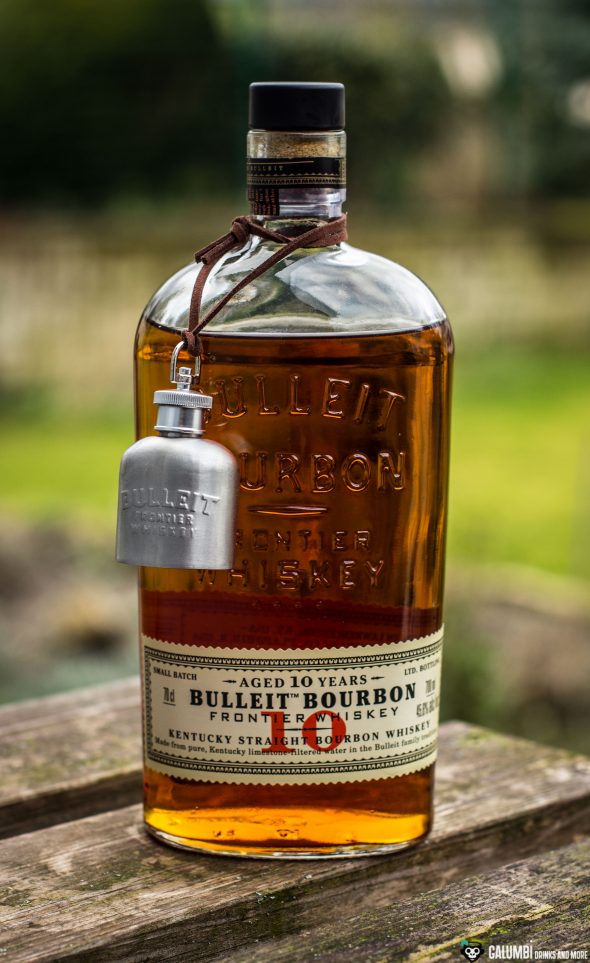 Granted, that’s not true: the 10-year-old Bulleit is available in the US since 2013, but the journey to Europe is sometimes a bit longer and so in Europe you’re able to buy it since last year. Anyone familiar with Bourbon will know that standard bottlings with an age indication of 10 years are not very common. Even less when the price is so attractive: The Bulleit 10 Years Kentucky Straight Bourbon is usually available between 30 and 40 euros. Definitely a clear argument for this bottling. The Bulleit 10 Years Kentucky Straight Bourbon is distilled in the MGP Distillery in Lawrenceburg, Kentucky, which many many people still know under the old name Rossville Distillery or Seagram’s Distillery. But how do the 10 years of maturation in fresh American white oak barrels influence the flavor? With an ABV of 45.6% the whiskey has an appealing drinking strength which promises to tickle a few more nuances compared to other bourbons whose drinking strength is furtherly diluted. In addition, a rye content in the mash of 28% promises quite a spicy cargo of flavors. (I was lucky enough to catch an edition of the Bulleit 10 bottle with a small sample of the Bulleit Rye hanging in a small metal bottle around the bottleneck.) 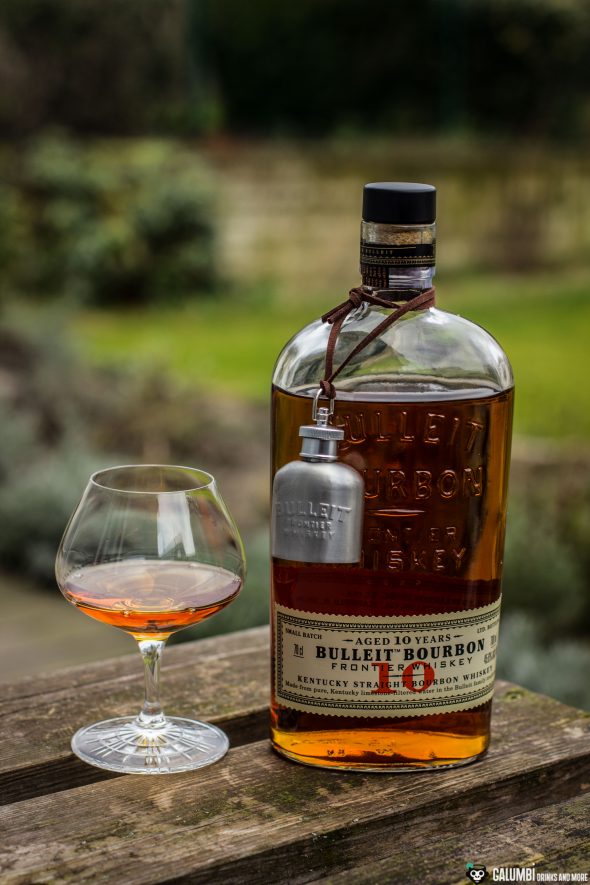 Aroma: In fact, you immediately notice that you’re dealing with a spicier bourbon. Although it shows a characteristic vanilla and also a lot of oak due to the extensive time of maturation, it also offers strong spice tones (especially cinnamon comes through) and dry fruit flavors rise directly into the nose.

Taste: Here, the Bulleit 10 years is really fully convincing! A fine sweetness transports vanilla, honey and a lot of oak, then the spicy notes come through and indeed there is a little bit of smoke – I had read about that for several times in advance, but I could hardly imagine. It is very, very subtle, but it bestows that certain something upon this bourbon. For friends of very mild and sweet Bourbons the Bulleit is perhaps less recommendable, but if you are looking for the full flavor and taste offensive, you will definitely love it!

With his taste profile in mind, the idea immediately triggered to use it in a Boulevardier. I have not described the Boulevardier here in the blog so far, and since it is actually one of my favorite cocktails – not only because of its close proximity to the Negroni – now is the time. But I can tell you in advance: the Bulleit 10 Years fits very well in a Boulveardier! It is definitely an enrichment to the European Bourbon market.

The Boulevardier was probably invented in 1927 by the American writer Erskine Gwynne, who himself lived in Paris and published his own magazine called “Boulevardier”. Basically, it is similar to a Negroni, except that the gin is just replaced by Bourbon or Rye Whiskey. There are also different recipe variants, many of which – as in the Negroni – speak of equal proportions of the ingredients. Personally I prefer – unlike with a Negroni – a version with a higher bourbon content, which is why I wrote the recipe as it stands below. Classically, the drink is built in the tumbler itself and stirred briefly with ice cubes. Sometimes I also prepare it with an ice sphere, which brings a certain, elegant something with it. A great prohibition classic! 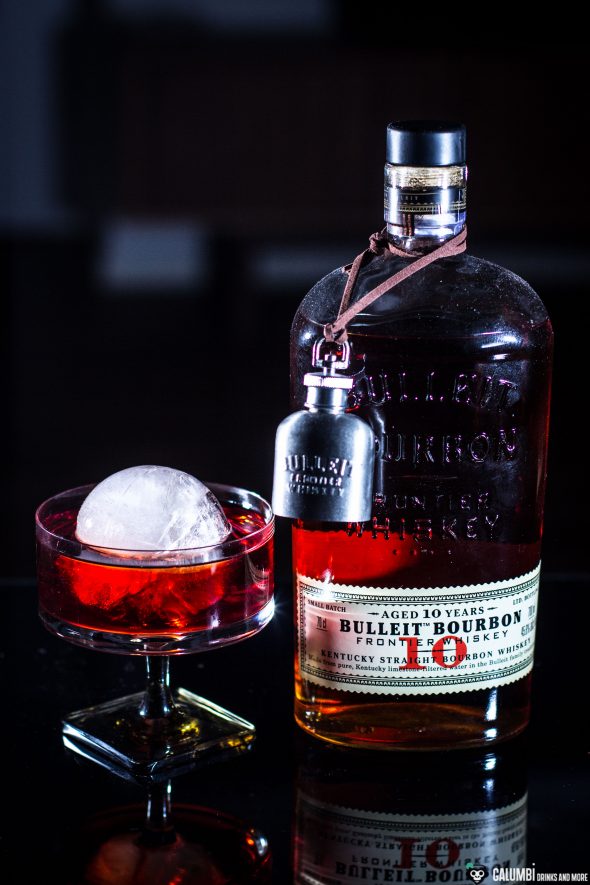 Preparation: Put all the ingredients in the glass filled with ice cubes and sprinkle with the oil of an orange zest, then stir briefly. Either add the orange zest in the drink or discard it (I have discarded it, as it somehow does not cut a fine figure next to an ice sphere).

Garnish: orange zest (if any) 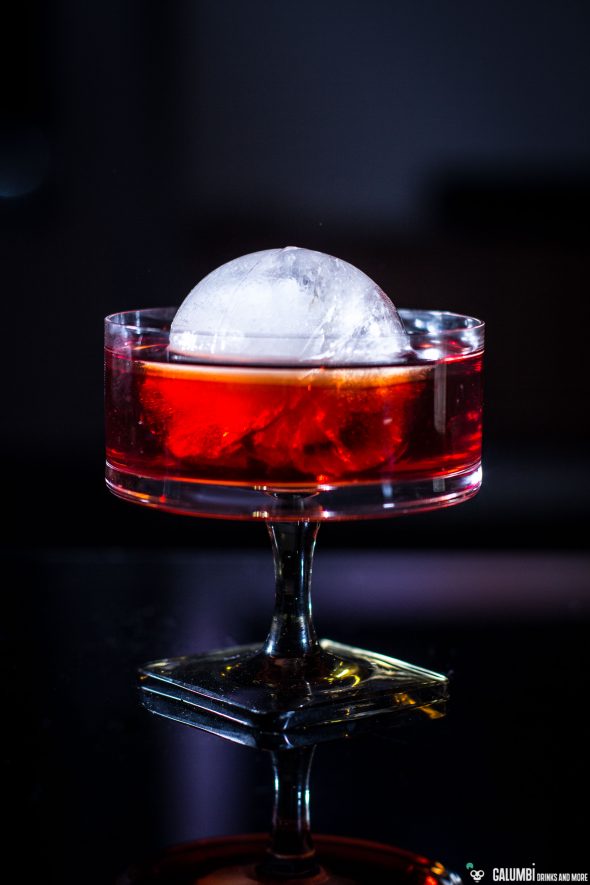 Sources of supply: At specialized retailers or online